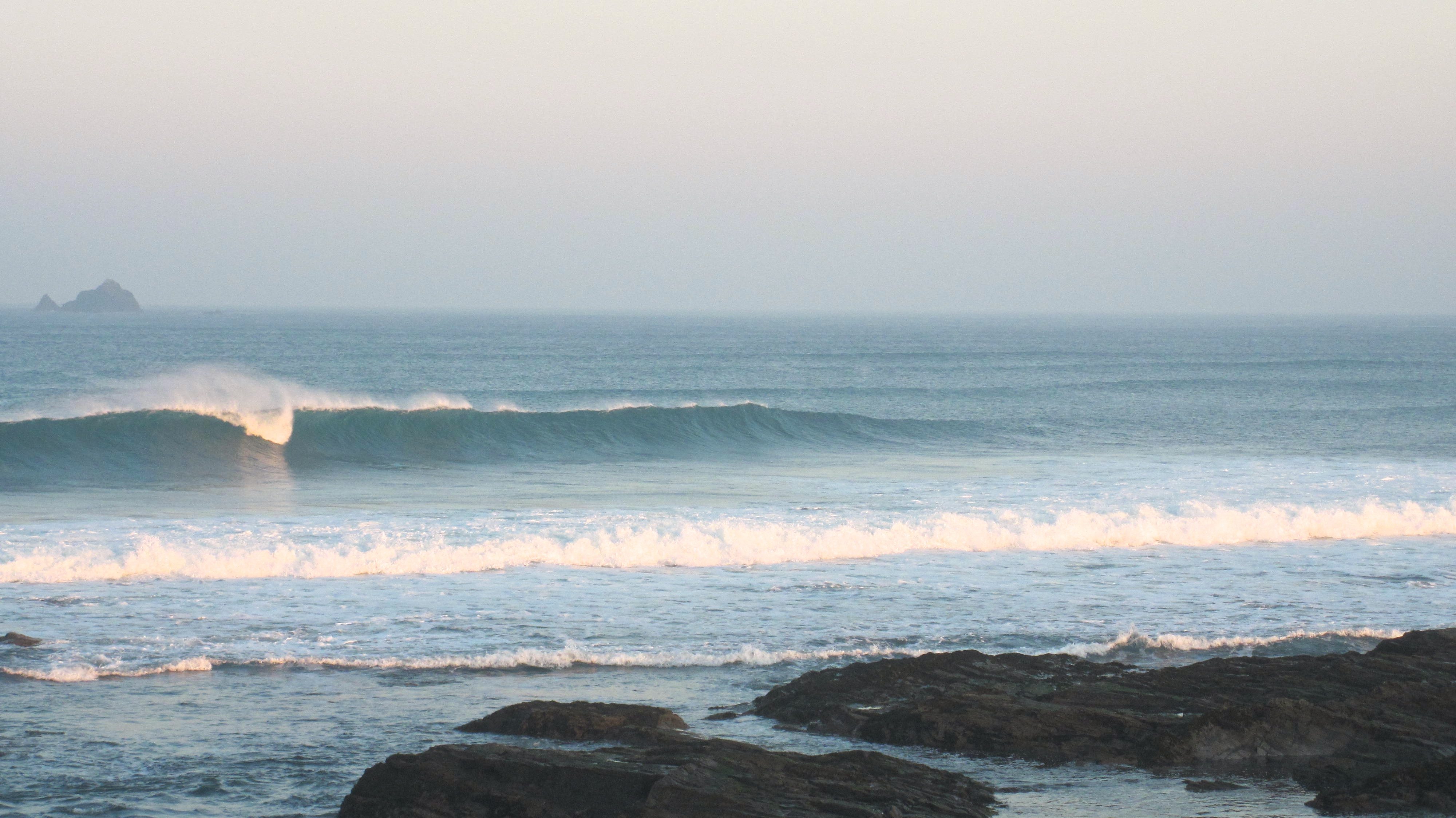 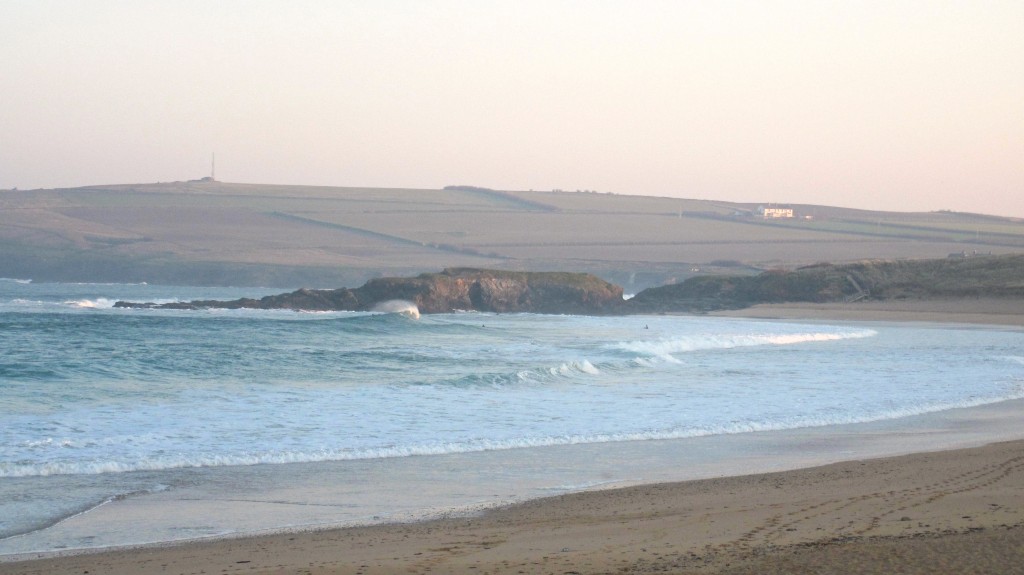 Yet another stunner of a morning is unfolding about us, a sharper, clearer morning without the haze of earlier in the week.
The breeze is just a little fresher, still offshore, still holding those waves until the last possible moment, still gentle too.
And the surf is bigger!
Three to four feet of curling, looping and folding waves are winding their way ashore, the set waves nudging into the five foot range maybe, all glistening and glinting, the blues and whites of those peeling waves attracting a handful in already.
It is busier than I’ve seen it since last Summer at this time of the morning so word is out!
Yes, I think that we can safely assume that a wonderful day of wave riding awaits, short or longboard, young or old, just grab your favourite stick and aim for your favourite break! 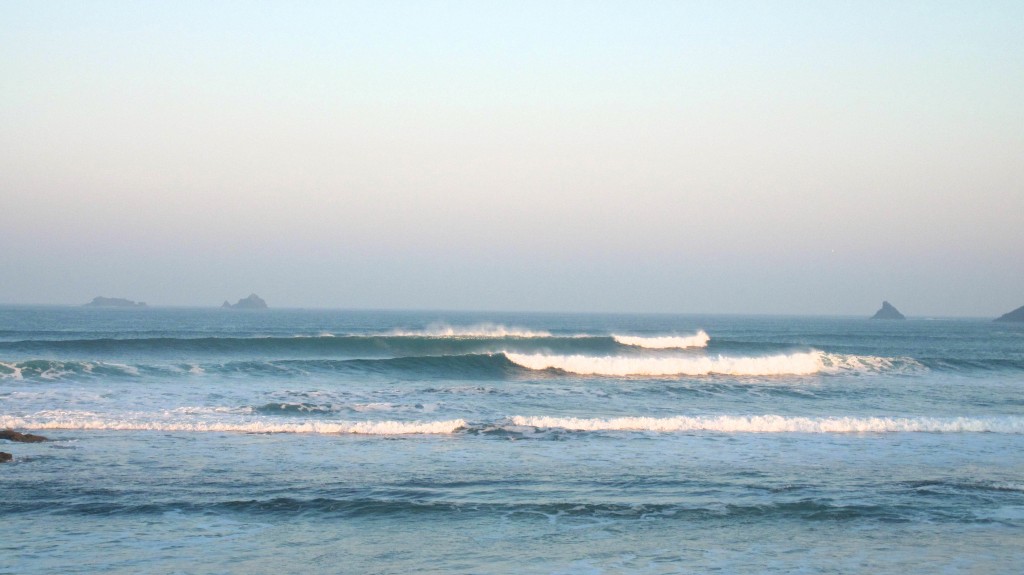 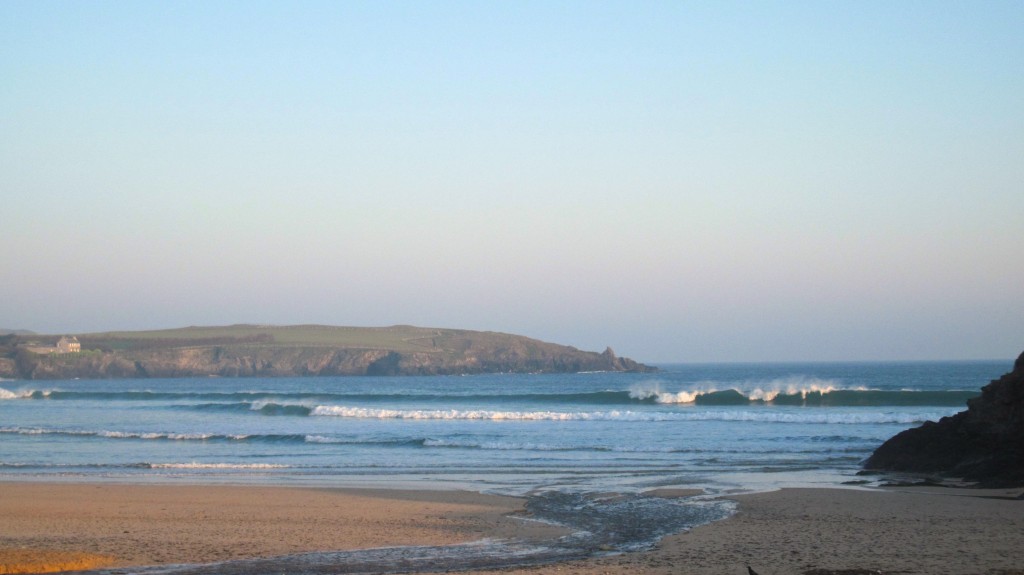 There are little, snappy waves swinging into the bay here this morning too.
A foot or two of clean and sharp, smooth and glassy waves are standing tall before crashing to the sand, a lot of them closing out (as it does at Harlyn) but the odd one spinning across the bay.
The other side of the headland is the place to surf today, it is smoking over there but if Harlyn is your favourite then you should get a few short, sharp reelers. 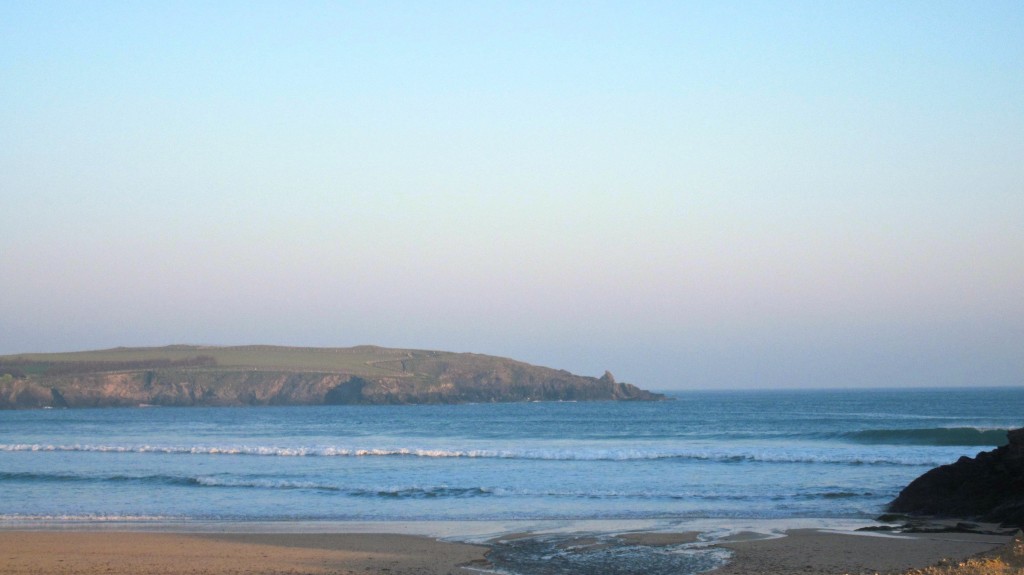 This could be a day of two and a half halves.
The morning should see a continuation of these ideal conditions with that steady swell rhythmically pulsing ashore and the breeze lightly blowing offshore.
But by lunchtime the wind is likely to be settling to the south west, onshore at our favourite surf breaks and strengthening into the evening. With the skies clouding over a bit, it is likely to feel as though we have seen the back of those lovely conditions of the last few days.
But the south westerly wind is likely to push some extra swell our way too!
Harlyn might be worth a check later on maybe. It’s likely to be only small but could just be pleasantly shaped.

As the school holidays wind down, it looks as though we will be greeting a little weather front through the weekend, making for just enough difference to signify a change.
But the surf is likely to continue driving in, building into Saturday with that freshening onshore wind behind it.
Following Friday’s slow change in the weather, that wind slipping gently onshore, Saturday is likely to start out with cold north westerly winds, fairly light but noticeable. But by lunchtime, the wind should be steadily blowing from the west and then the south west. And by then the swell size is likely to be a bit bigger too, making Harlyn the place to check.
And that is likely to be the way of it through Sunday too, a slow start with that chilly north westerly wind back to mess up the surf in the morning but fairly quickly swinging westerly and then back to south westerly by the afternoon, at least allowing Harlyn the chance to show off some clean waves.
So, a building swell and strengthening winds are on the cards for this weekend, Harlyn probably attracting the main focus of surfing action!