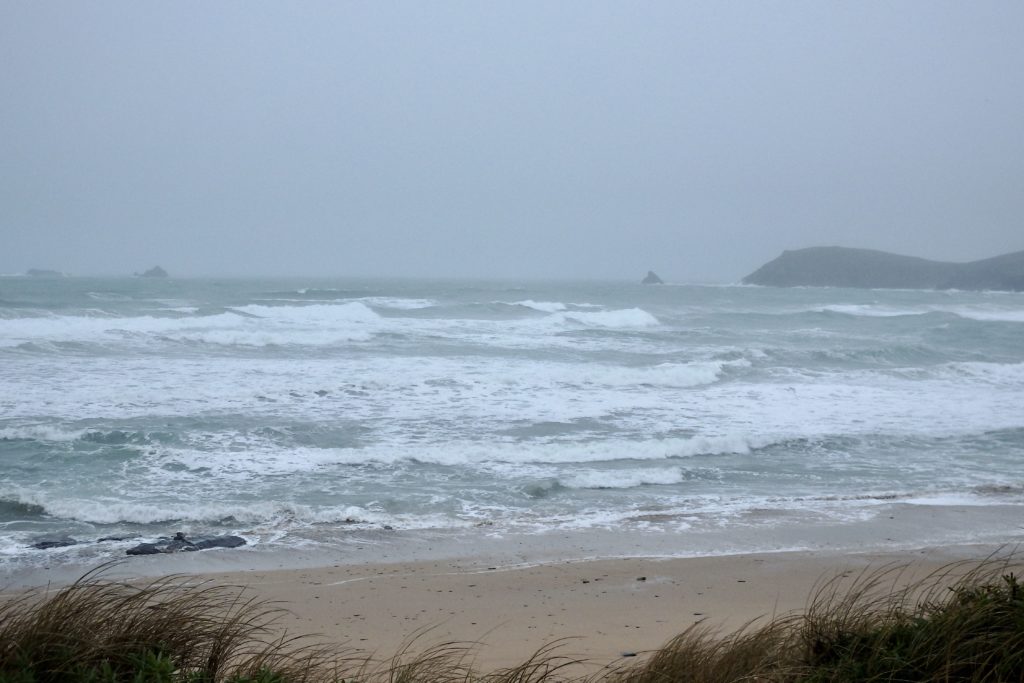 South westerly winds continue to gust our way pushing a wall of murk and mizzle into the bay this morning stirring and mixing the rolling, grey surf.
It’s all damp and breezy and the surf is choppy but it does feel strangely mild though.
Let’s tromp on over to Harlyn in search of some more rideable surf….. 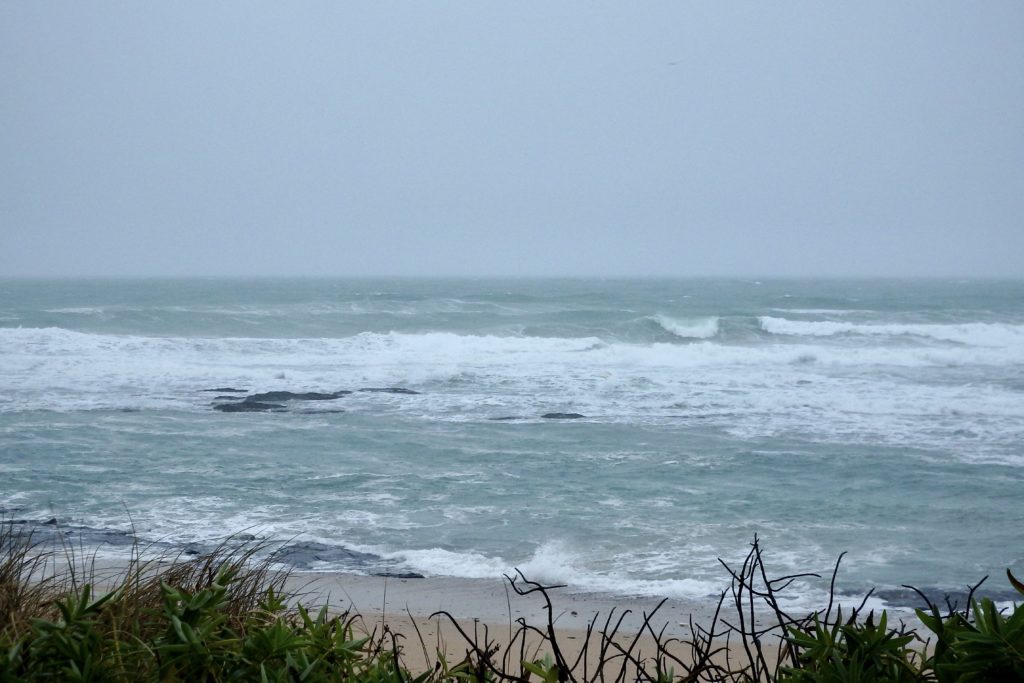 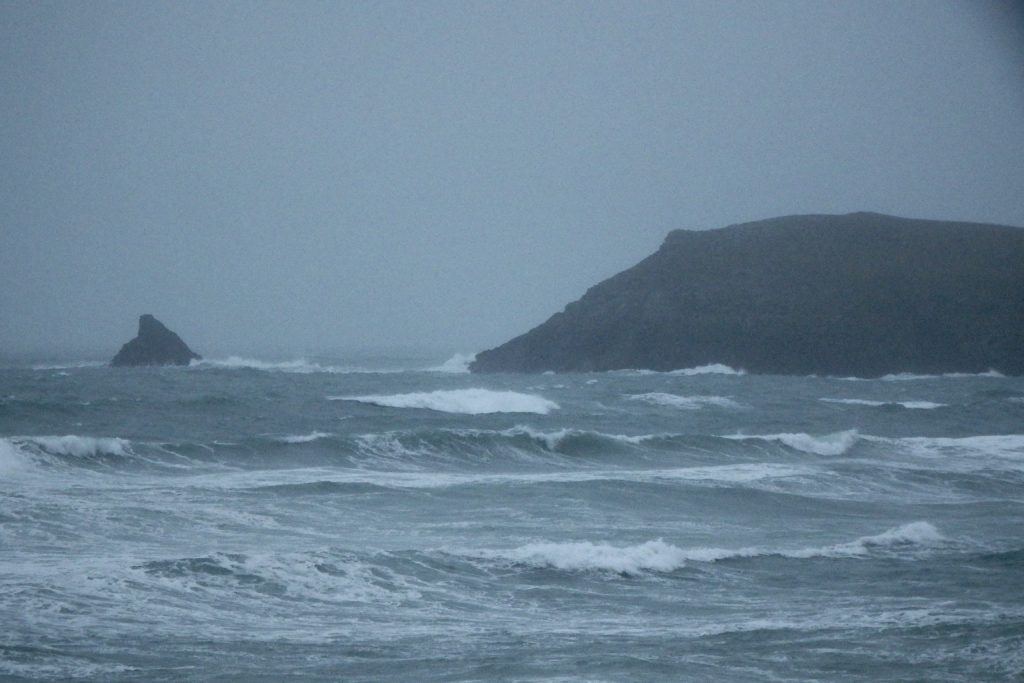 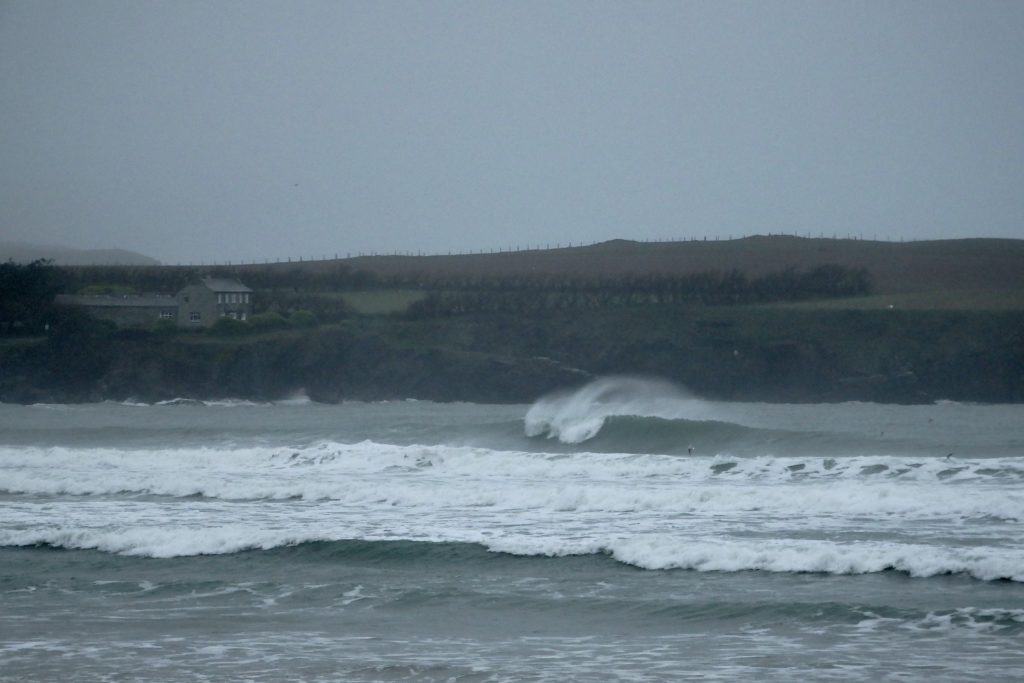 Three or four feet of lumpy, driving surf is piling through the drizzle and fog of a damp and breezy morning at Harlyn this morning, the dropping tide pulling and tugging at those waves.
The swell is set to continue to push through all day with the wind continuing to bluster in from the south west so that seven and a half metre tide is likely to add to the power and size of the surf this afternoon.
It could be good here this afternoon, in spite of the lousy weather. 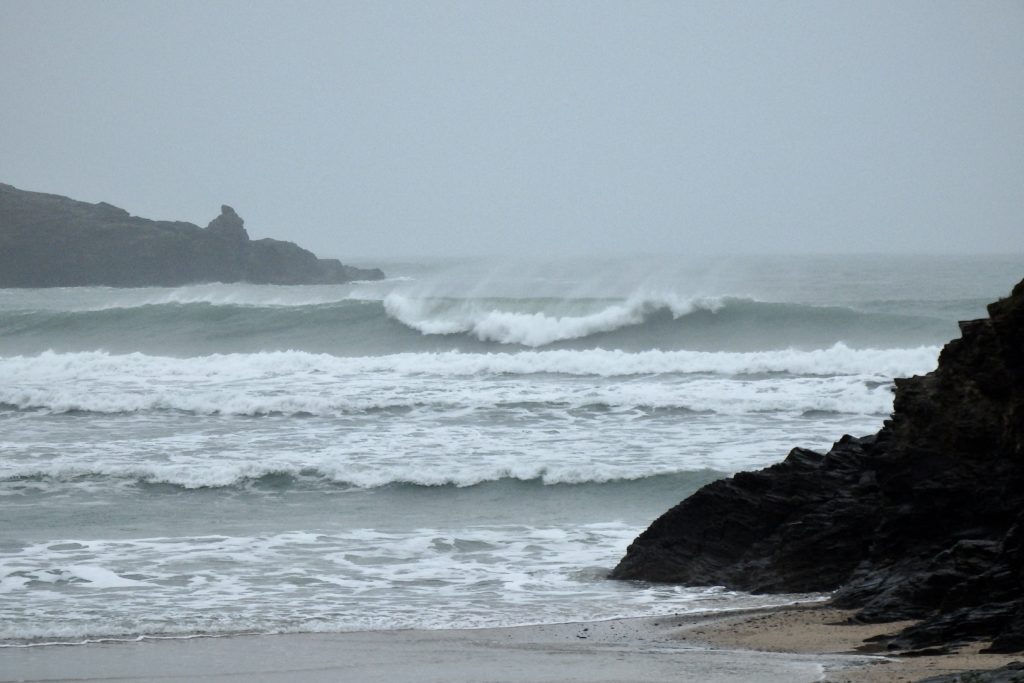 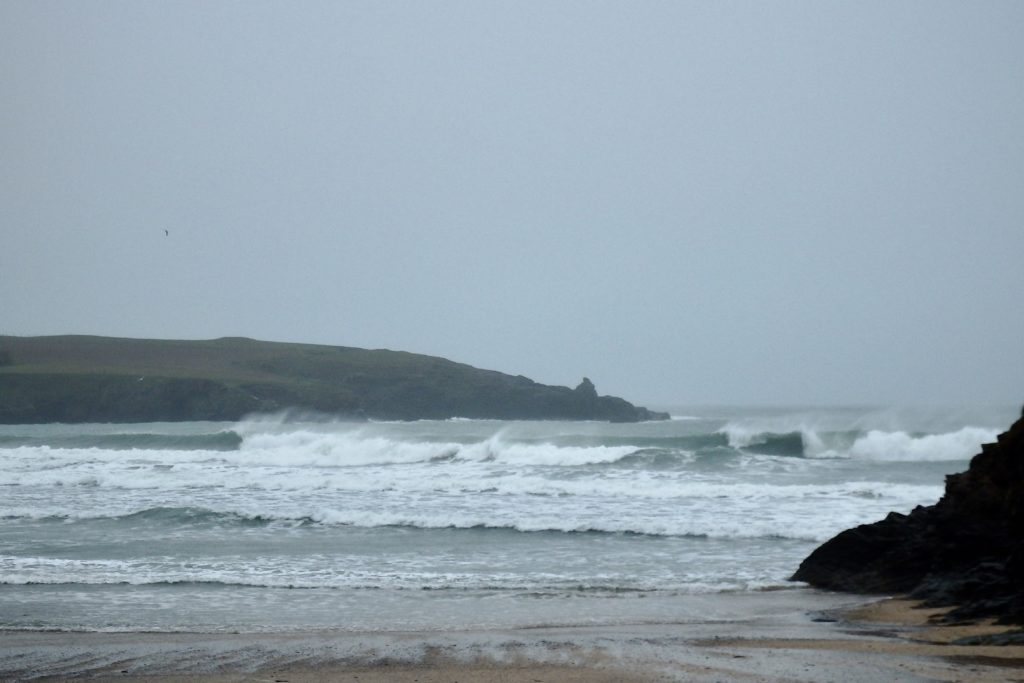 More hard blowing south westerly winds are expected to continue to blow while that same thick and lumpy swell will be rolling into the bays, Harlyn being the destination of choice for some thick and hollow, bowling surf.
The weather is likely to still be pretty grim though.

Another windy and blustery week lies in store for us as we stumble headlong into mid March. But after starting out from the north west first thing on Monday that wind will quickly settle into a steady blow from the south west. Combine that with more thumping swells that are grinding our way and we have the perfect combo to produce excellent conditions for Harlyn!
South westerlies usually bring milder conditions too, if a little soggy.
Harlyn should be holding some size as we go into the week, a thick and heavy six feetish of thumping swell to start with, easing to three to four feet through midweek before storming back to real big to end the week.
It could be hard work and quite demanding for a lot of time with those thick and lumpy, solid swells rolling into the bay but by the end of a week of surfing solid and chunky hollow Harlyn you should be as nimble as a Ninja Kitten just in time for those halcyon Spring days of surf and sun that must surely be just around the corner?
Have a great week, wherever you are and whatever you’re doing!