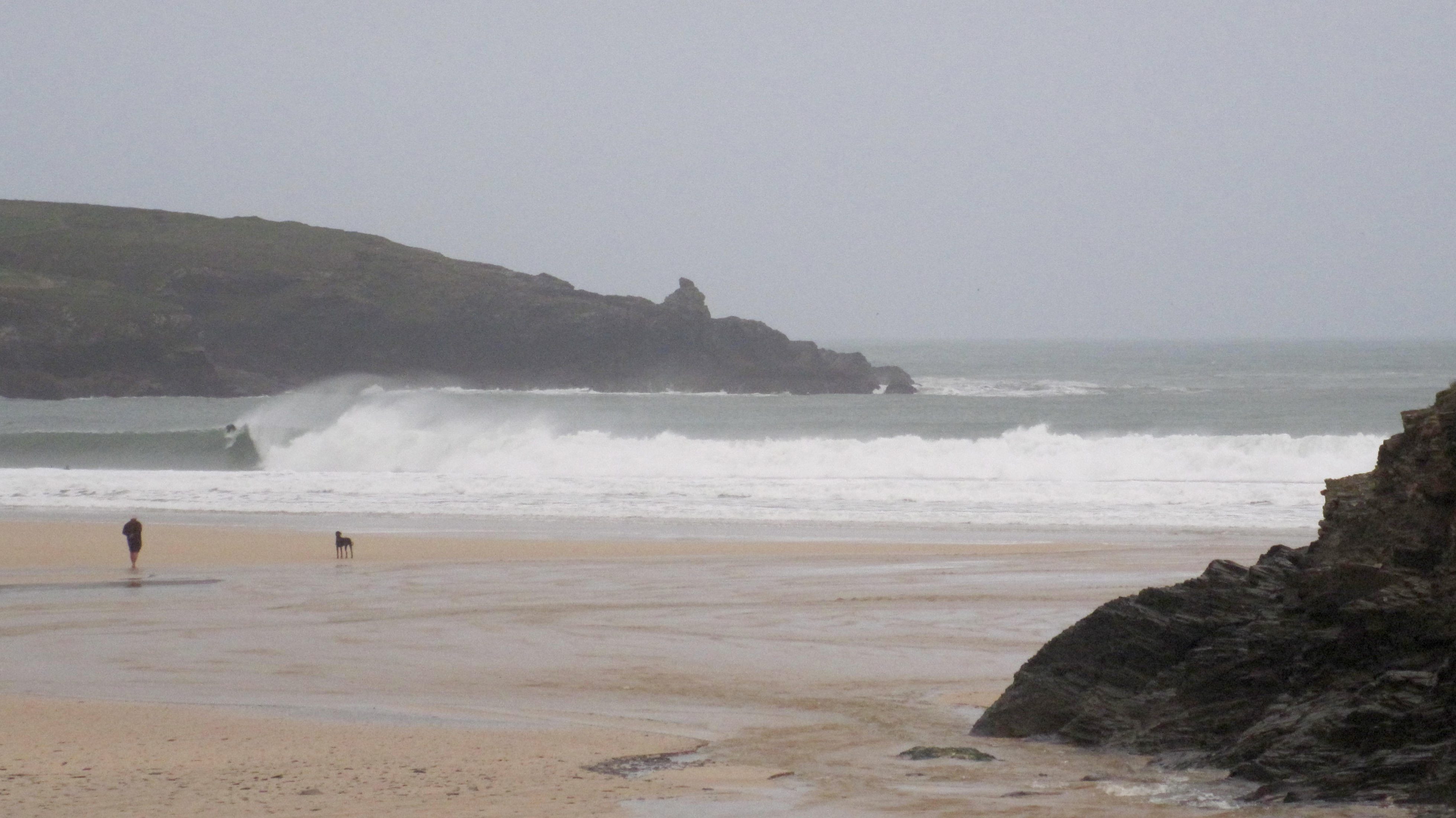 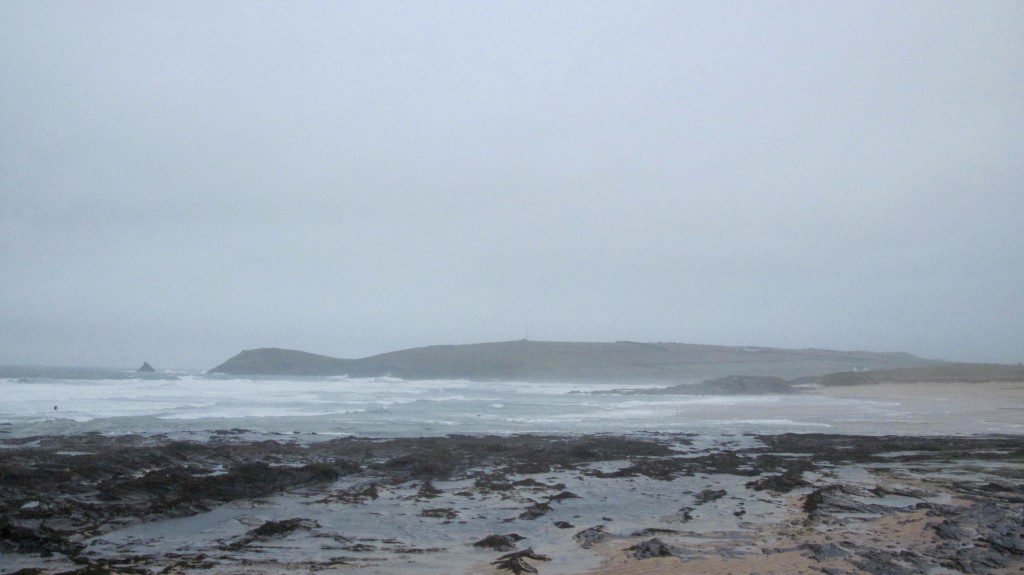 The wind is howling across the headland this morning, that grey merging of land, sea and sky happening again, promising a damp and breezy one for us all day long!
The surf is howling in too!
A mean looking, thick and heavy eight feet or so of windswept and angry surf is growling into the bay. The wind is almost southerly, almost allowing those waves to be rideable, almost but not quite. And the rips look horrible too with a whole heap of water moving around out there.
Harlyn should be really good this morning…. 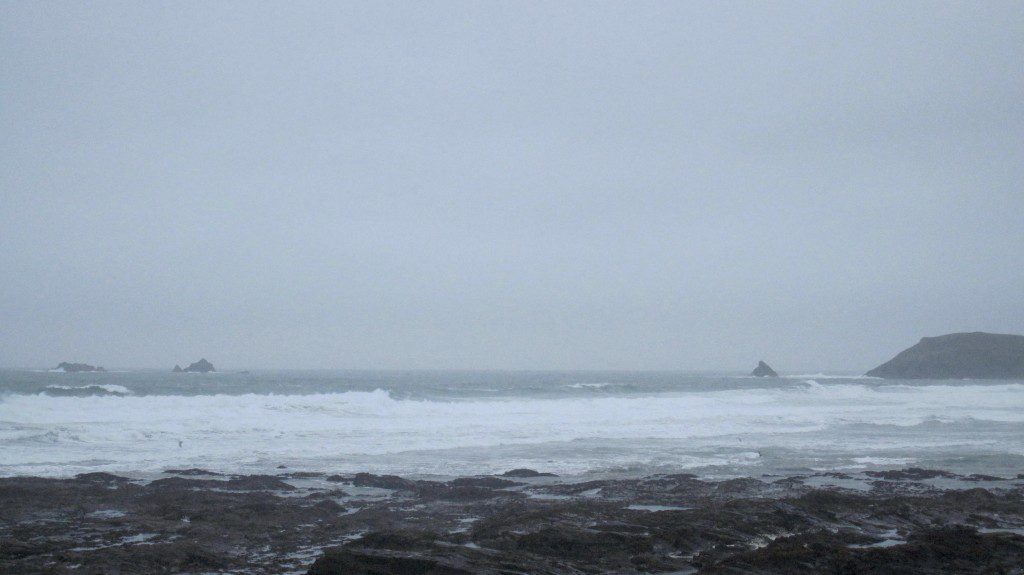 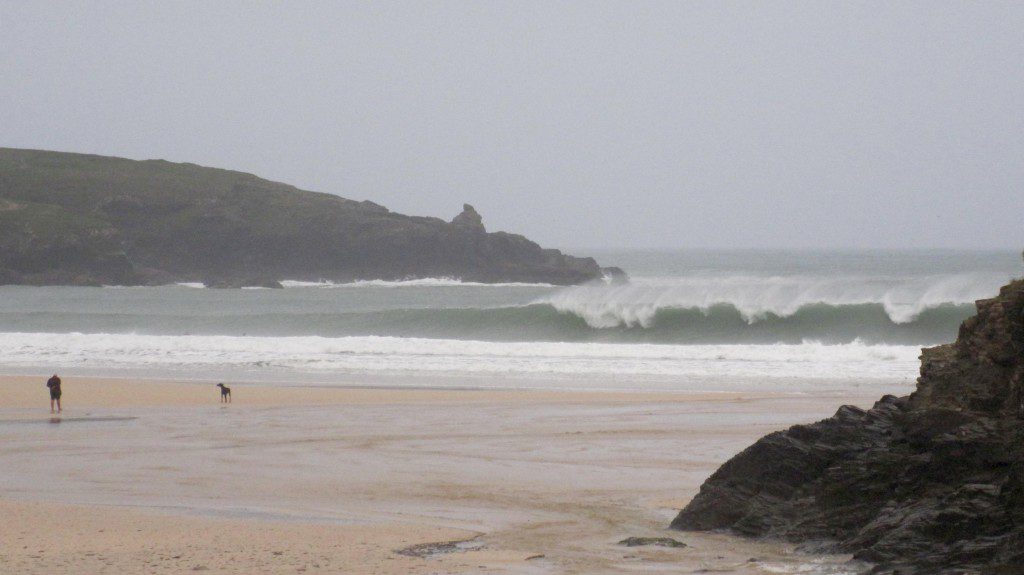 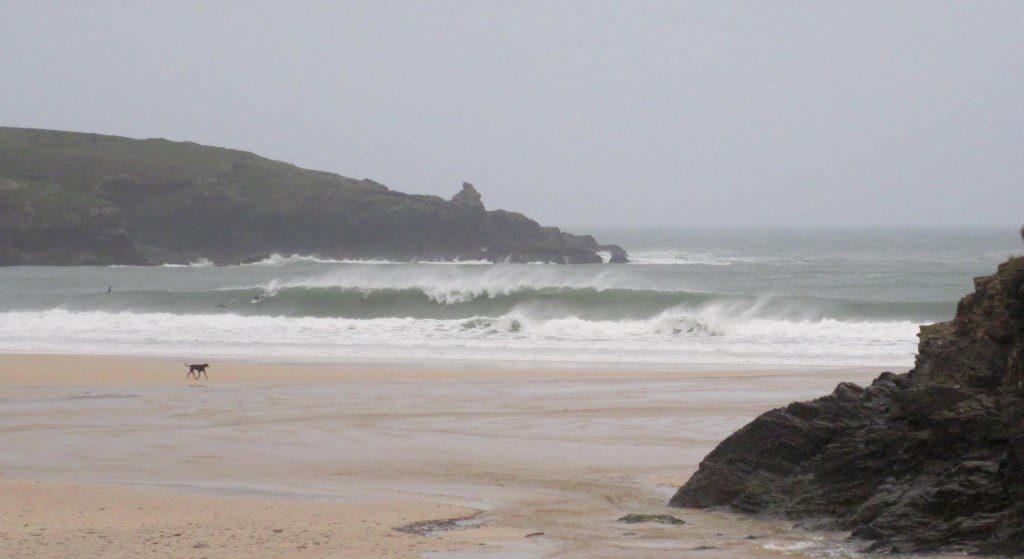 Ah, the wind is blowing offshore here this morning, funnelling straight into those three to four foot and bigger waves.
Lines of smooth and hollow, heavy looking three to four foot waves are pulsing into the bay, the bigger sets a long way apart but way bigger too.
There’s a bunch of guys out already as the tide drops past the halfway mark on its way to a late morning low but it could actually improve a little later on.
Yep, it’s hollow and a lot of them are closing out but those occasional ones are screaming across the bay blowing spray as they do eventually shut down at the end!
It’s looking good and should get better! 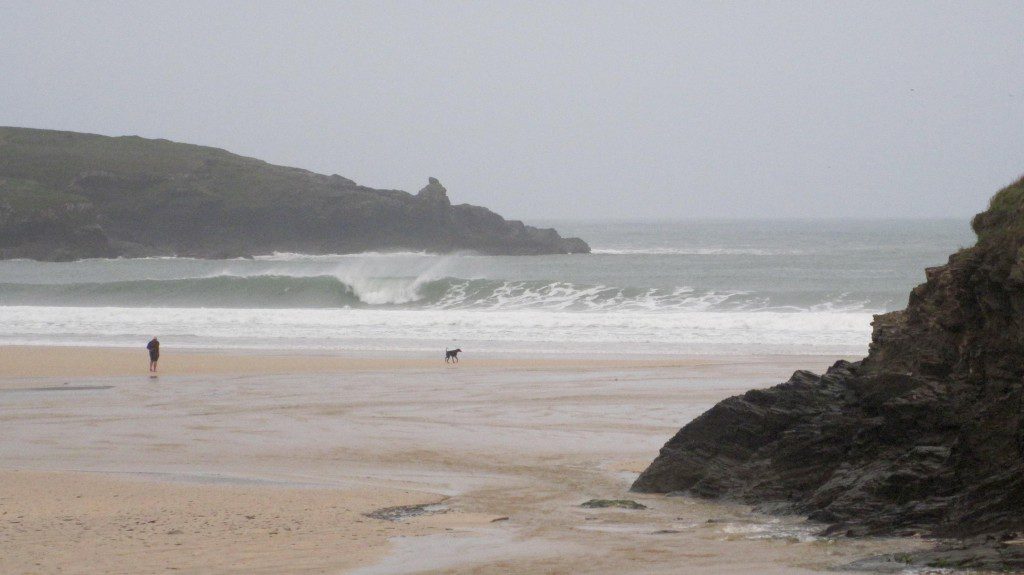 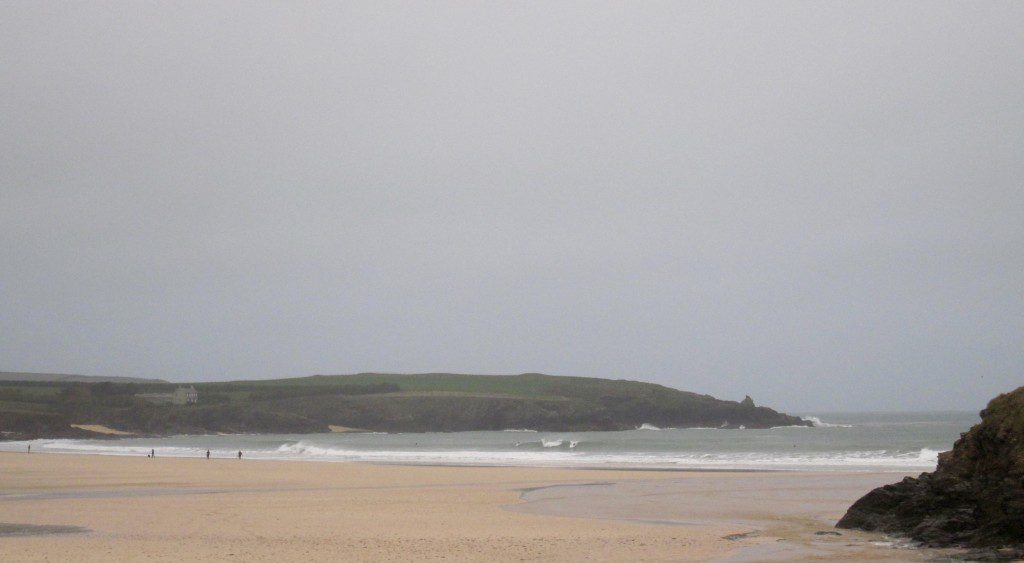 It all looks like an action replay of Tuesday again today, the wind continuing to blow hard from the south west, those grey skies lingering well into the day and the swell continuing to push hard against that wind.
At Harlyn anyway!

Strong onshore winds are going to dominate this week!
Those mainly south west winds are going to be blowing hard all week long, pushing those thick and heavy wintery swells our way all the time.
Locally, Harlyn is likely to be our venue of choice for the whole week and we can expect it to be four to five feet, pretty much all the way through.
So, a week of sand drenching stand up close-outs interspersed with a few screaming peelers awaits! That’ll be proper Autumn then!
Have a great week, wherever you are and whatever you’re doing!