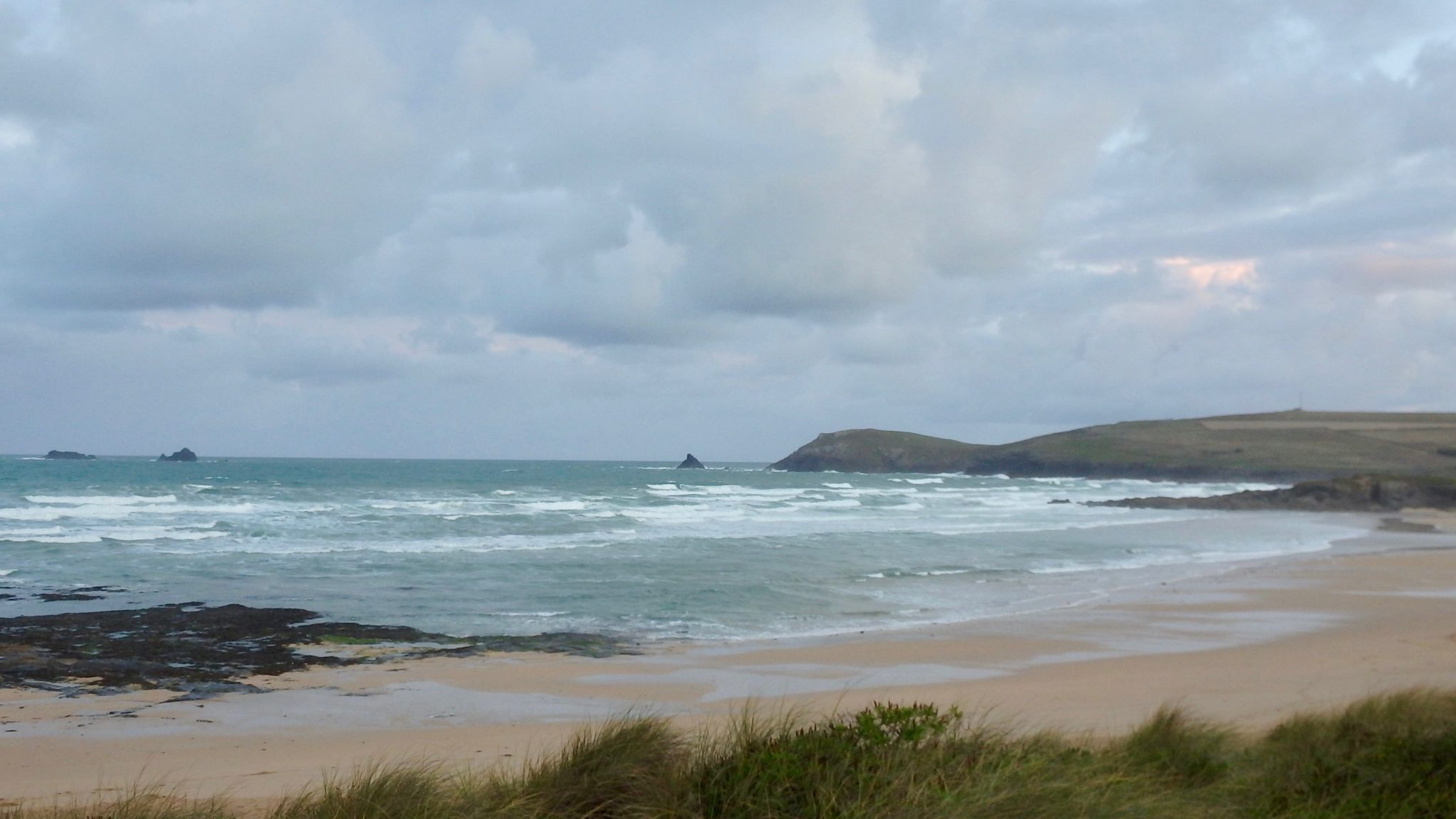 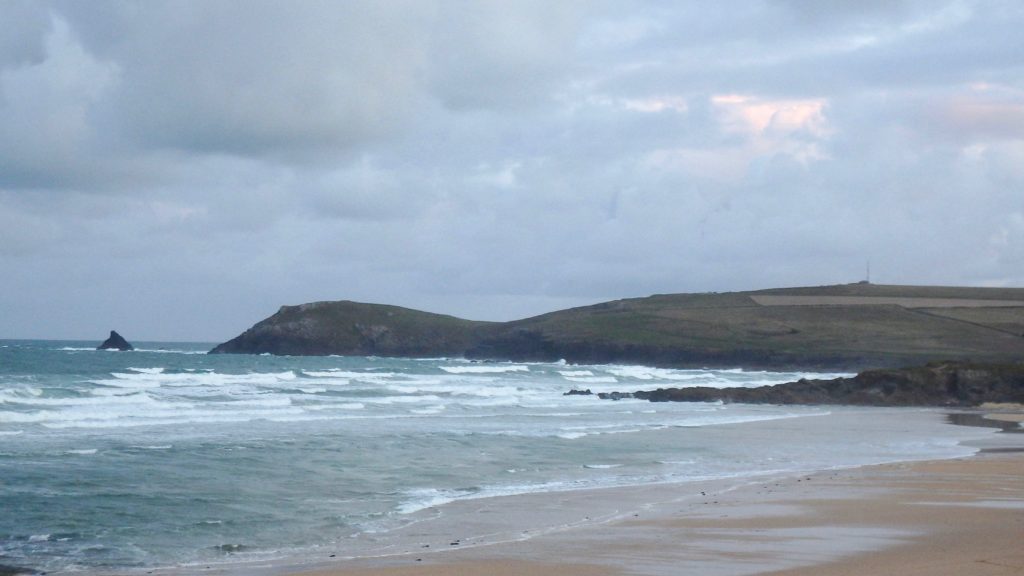 The wind has eased a lot this morning, it is still north westerly and is still fresh but not quite the annoying blow of yesterday.
And so the surf is still a mess, a whole lot smaller than yesterday at about four feet or so and all choppy and messed, a tattered bay full of junk surf.
But the sky is happily brightening as those bundles of clouds tumble away leaving big blue gaps between. We will probably enjoy the odd shower or two and that wind is going to blow up hard agin before tonight but before that it should back more to the south west, allowing Harlyn to put on a bit of a show through this afternoon!
Maybe. 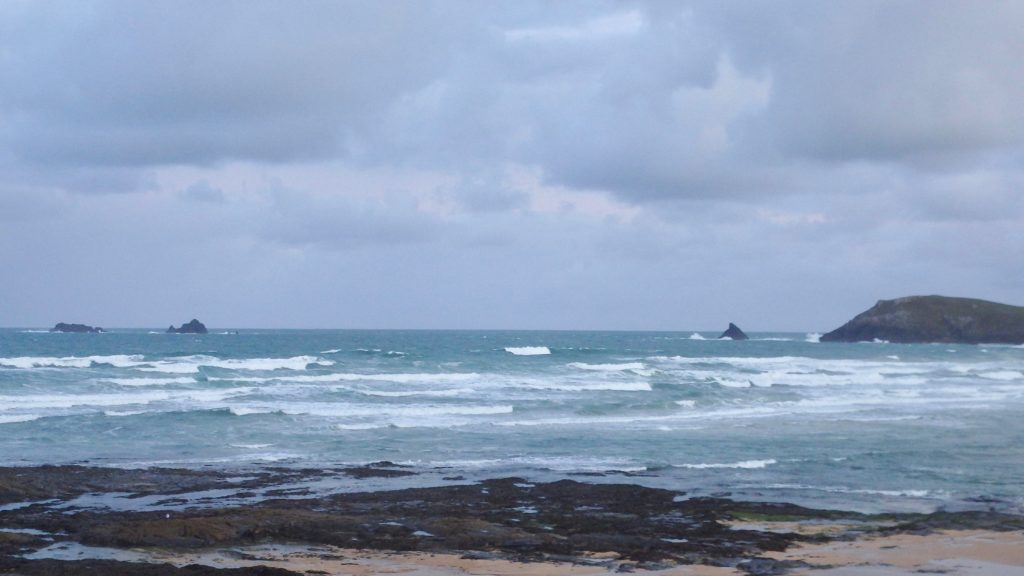 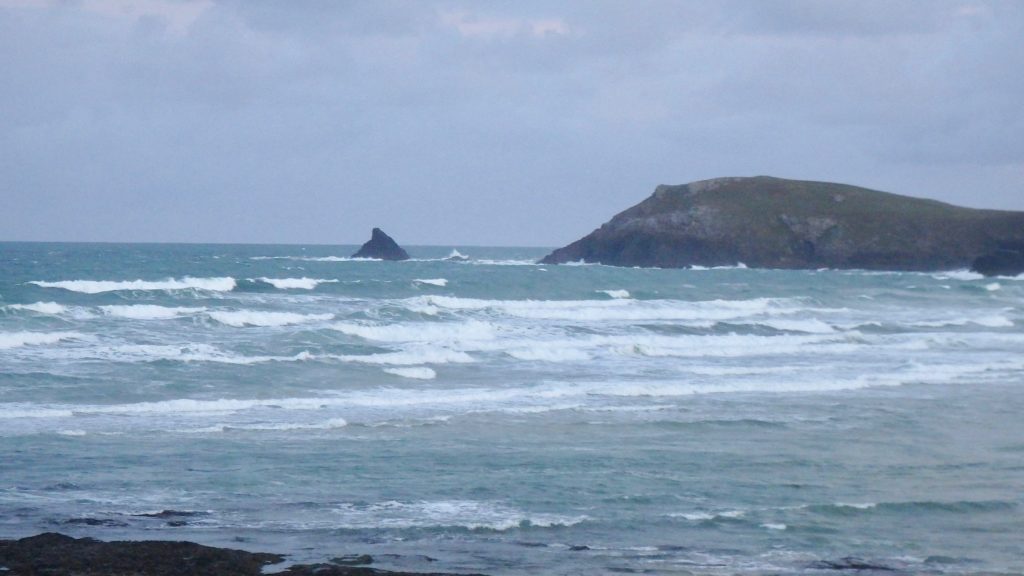 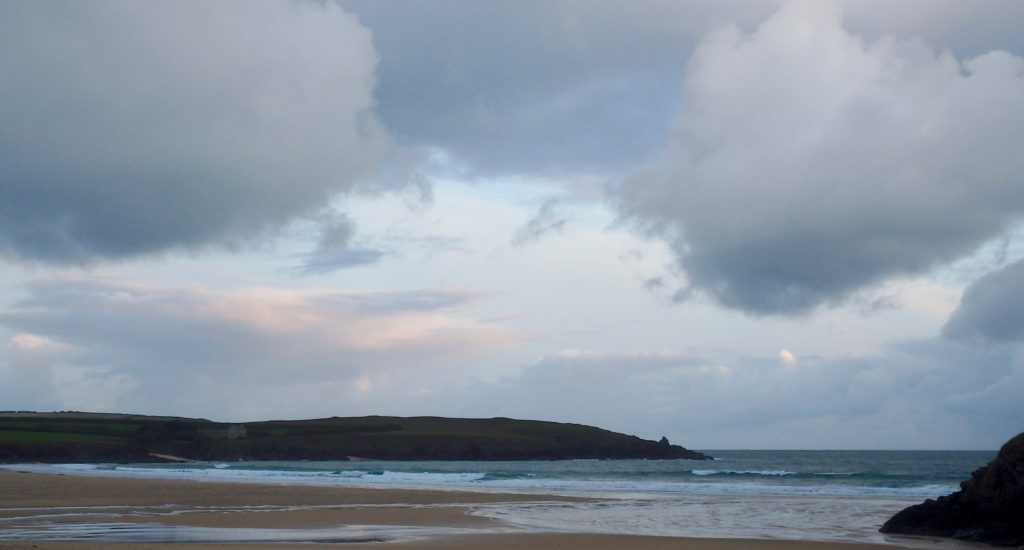 The wind is still rattling in here from the north west this morning, nowhere near as strong as yesterday but still having an effect on the surf.
So three feet or so of chopped and ruffled surf is washing ashore, those weak looking and crumbly peaks toppling early. Give it a few hours though and it could or should improve a whole lot. The wind is forecast to drift to the south west through this afternoon allowing those waves to clean up a whole lot.
Make the most of it though, that wind is going to whoopy it up again by this evening! 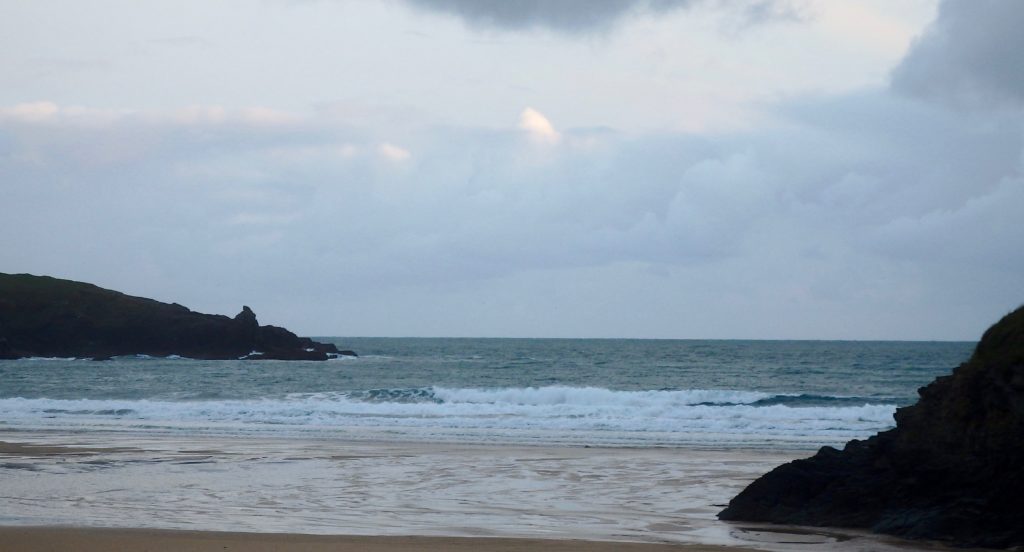 Howling westerly winds are going to be blowing six feet plus of messed up and choppy surf our way all day long.
Big and onshore, chopped out waves are going to be the best that we can hope for today, except for those one or two super sheltered spots. Those tucked away little east facing breaks that only come alive now and again.
Yep, they are the spots to aim for today!

Another blustery week of onshore winds and chopped out, windtorn surf is blowing our way!
The winds are set to blow hard and onshore for pretty much most of this coming week, mainly screaming in from the west nor’ west and so messing up all of the surf breaks locally.
We should see some bigger swells bouncing into the bays but they are likely to be no more than a mess of chop for most of the time.
This week does have the makings of a South Coast week, if those waves are big enough to swing their way!
We can only hope that the wind gods become kinder to us as the remnants of those nasty hurricanes sling some swell our way for the rolling week maybe.
Maybe.
In the meantime, have a great week, wherever you are and whatever you’re doing!