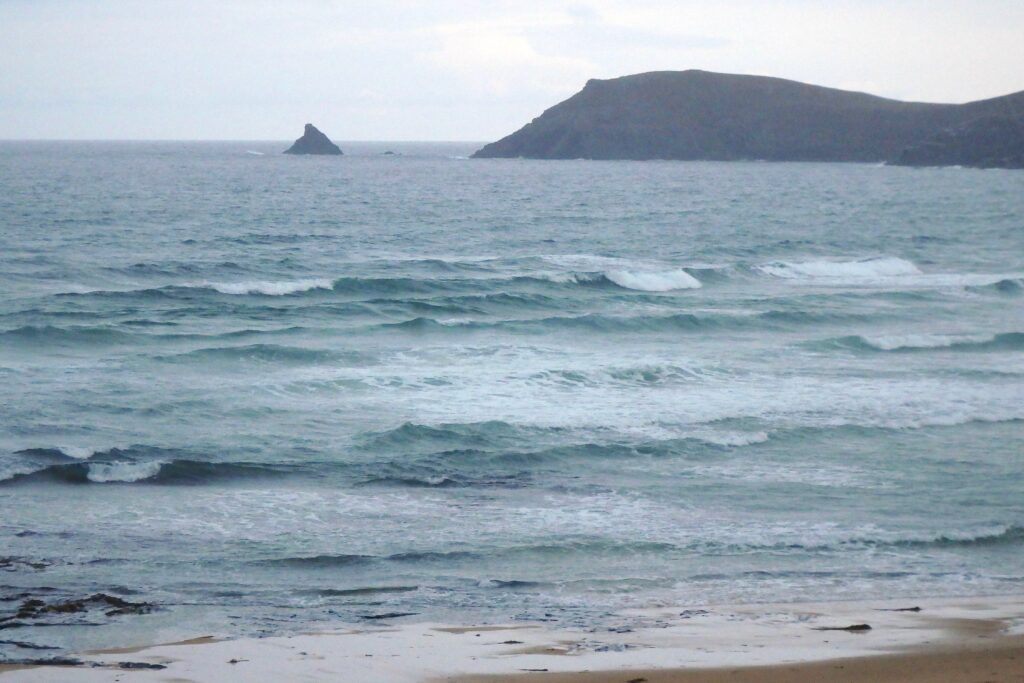 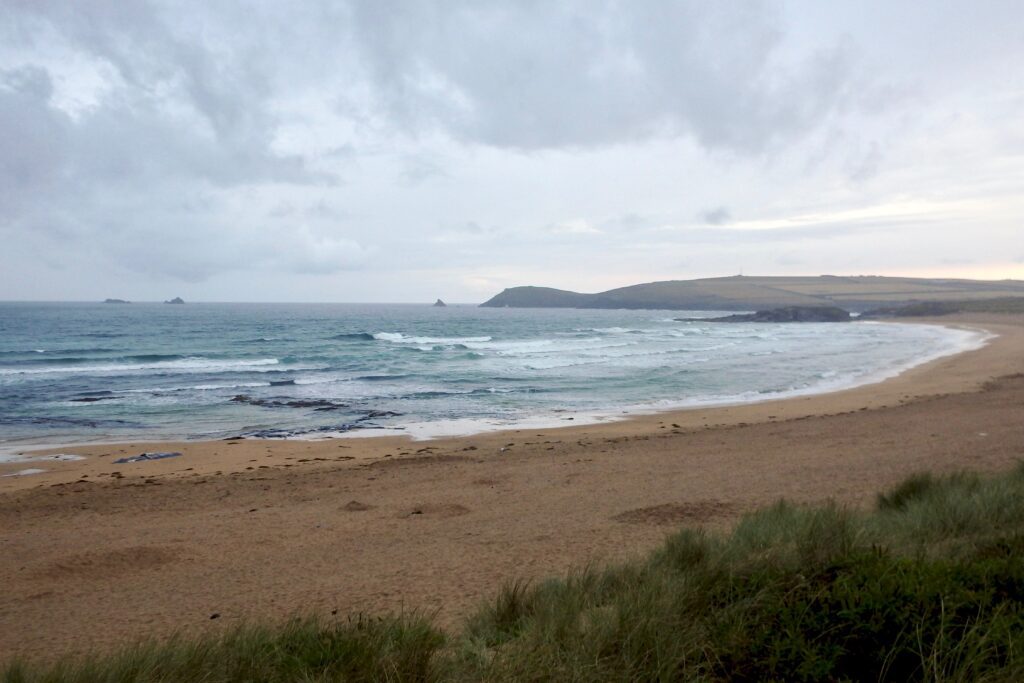 Is that a little nip of Autumn in the air on my first day back down on the beach?
That grey and threatening sky keeps dumping a whole lot of wetness on our heads on this chilly but otherwise fairly still morning, a light wind chilling the air temperature as it breezes in from the north west. And so the surf is a bit of a messed up promise of junk surf, two feet of crumbly and fairly weak looking, close together stuff.
It’s okay for high summer soft board shenanigans but nothing to get too excited about! 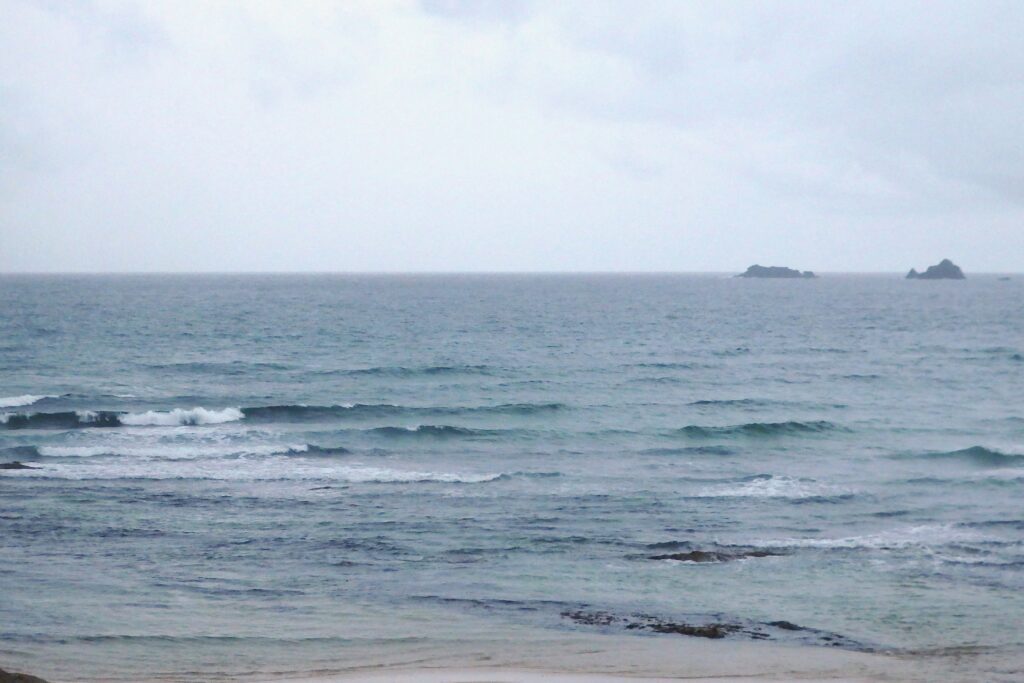 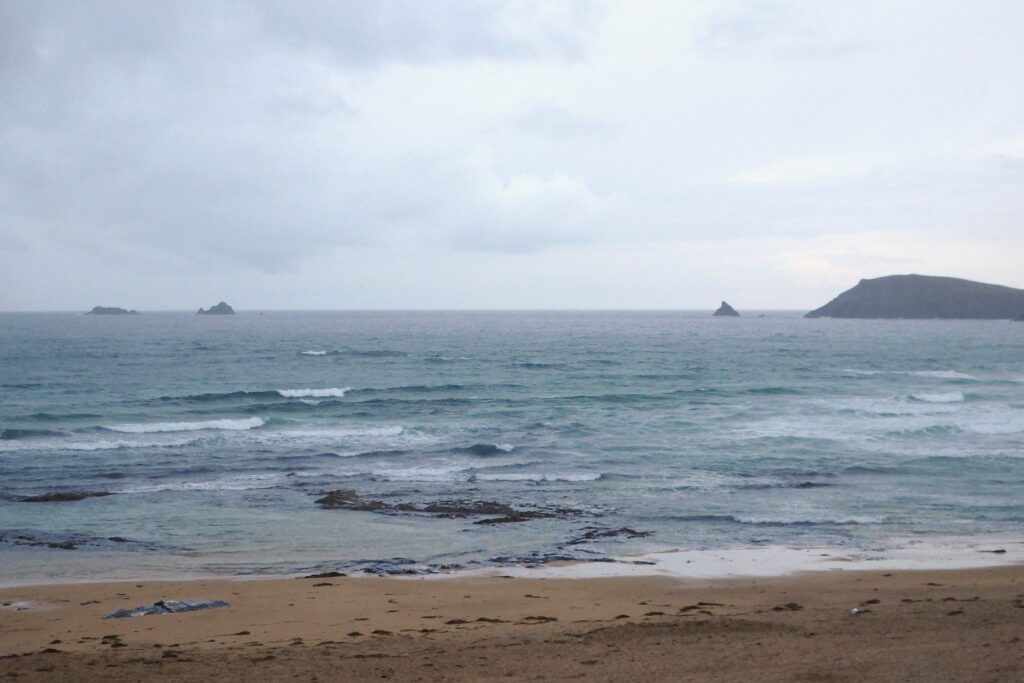 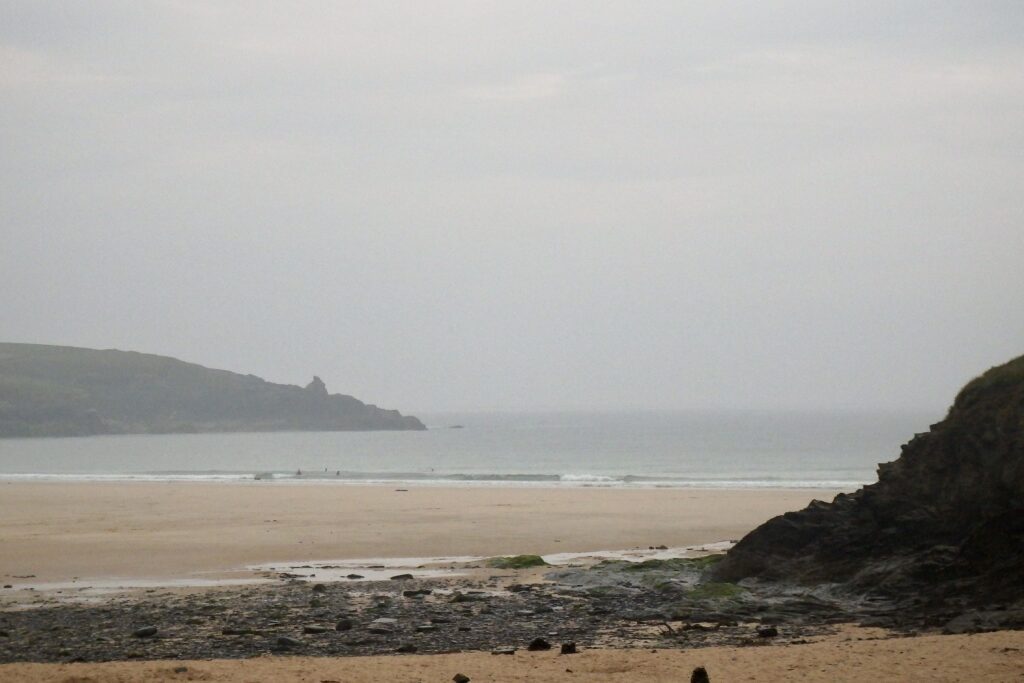 Not much in the way of surf is getting around to Harlyn today with only shin high and sloppy little wavelets tumbling weakly ashore.
The breeze is straight onshore making for a sloppy surface too, promising the SUP option to be a bit of a chore.
But the water is warm and the bay still maintains its magic so it might be one of those days to just enjoy a leisurely swim across the bay! 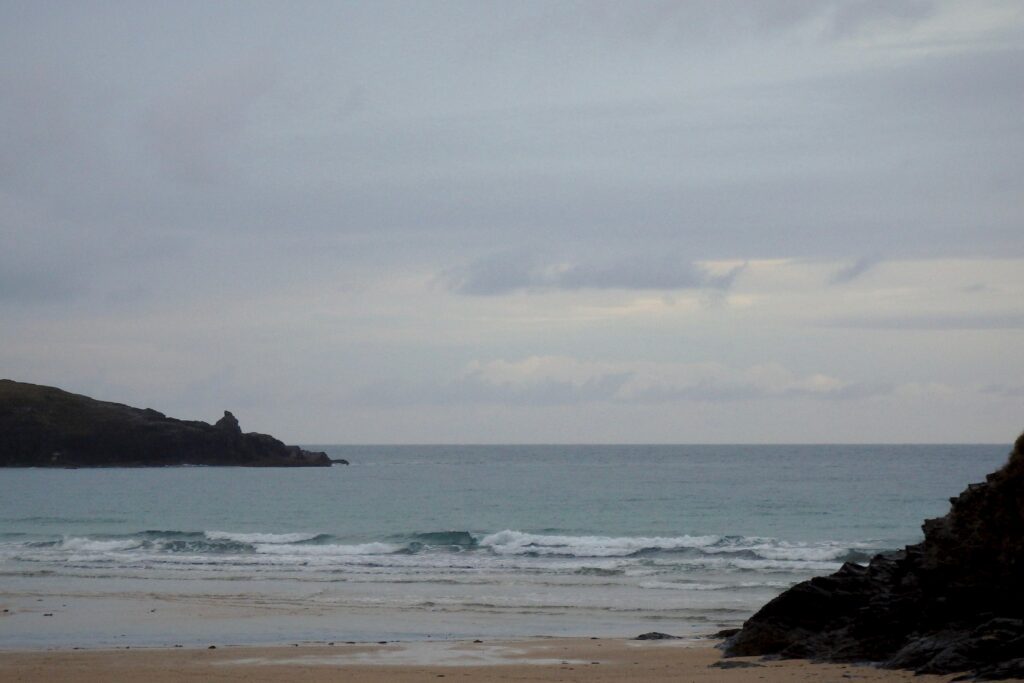 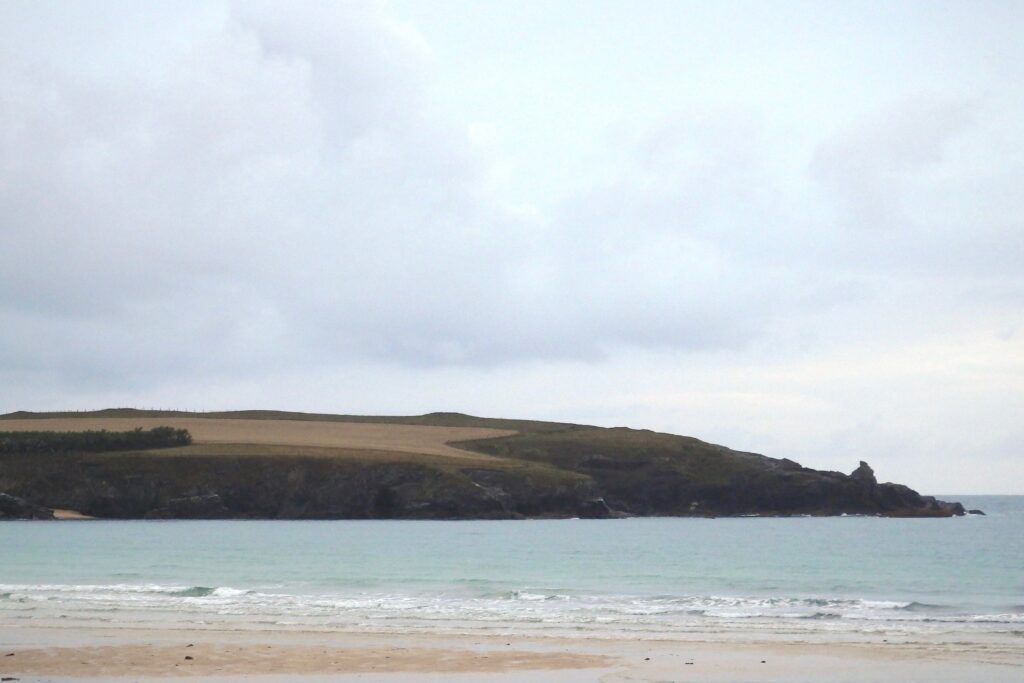 West going south westerly winds should be driving a lumpy and close-fetch, weak windswell ahead of them, the weather brightening but with the promise of some heavy showers never too far away!

A series of little fronts and low pressure systems are queing up to spread more autumnal weather our way as they cross the North Atlantic again this week. And so the winds are going to be mainly onshore bringing plenty of mixed weather and chillier air temperatures than we would choose for mid-August.
By midweek we are likely to see some lumpy and more sizeable windswell rolling onto our more exposed westerly facing surf breaks, the winds strengthening and backing more north westerly as we go along making for onshore and choppy conditions all along the coast.
By the end of the week we should be enjoying some more south westerly winds, allowing Harlyn to come alive and clean up a lot as the surf builds and builds.
We are likely to be seeing some thick and thumping overhead surf all the way into next weekend but with those winds making everything that little bit more difficult.
Still, it is August and we often get a lot of ‘weather’ in August don’t we!
Have a great weekend, wherever you are and whatever you’re doing!