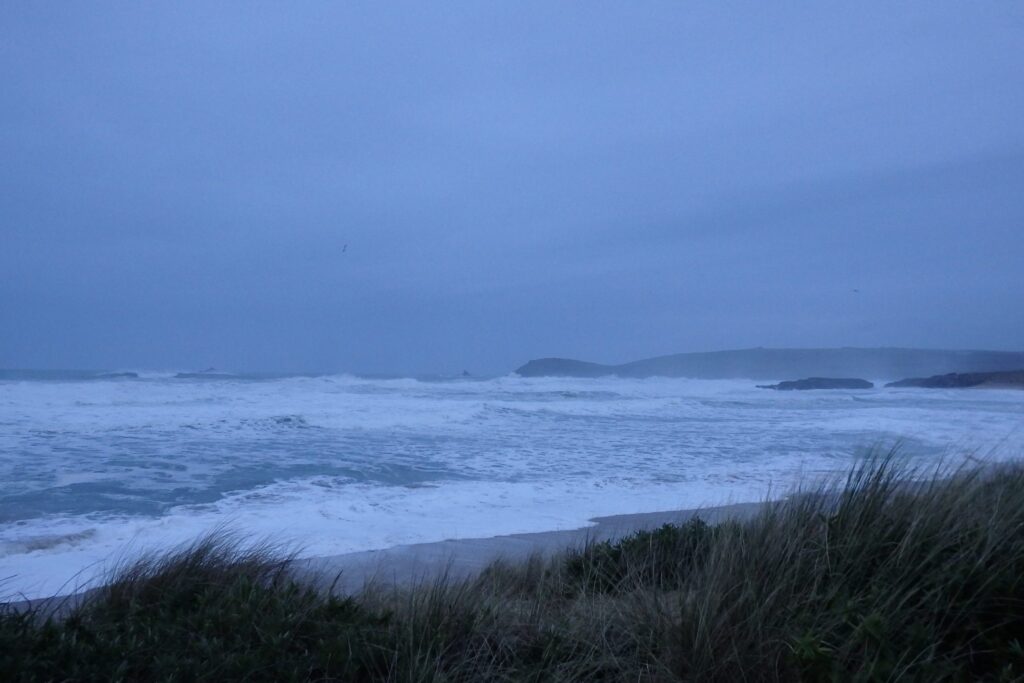 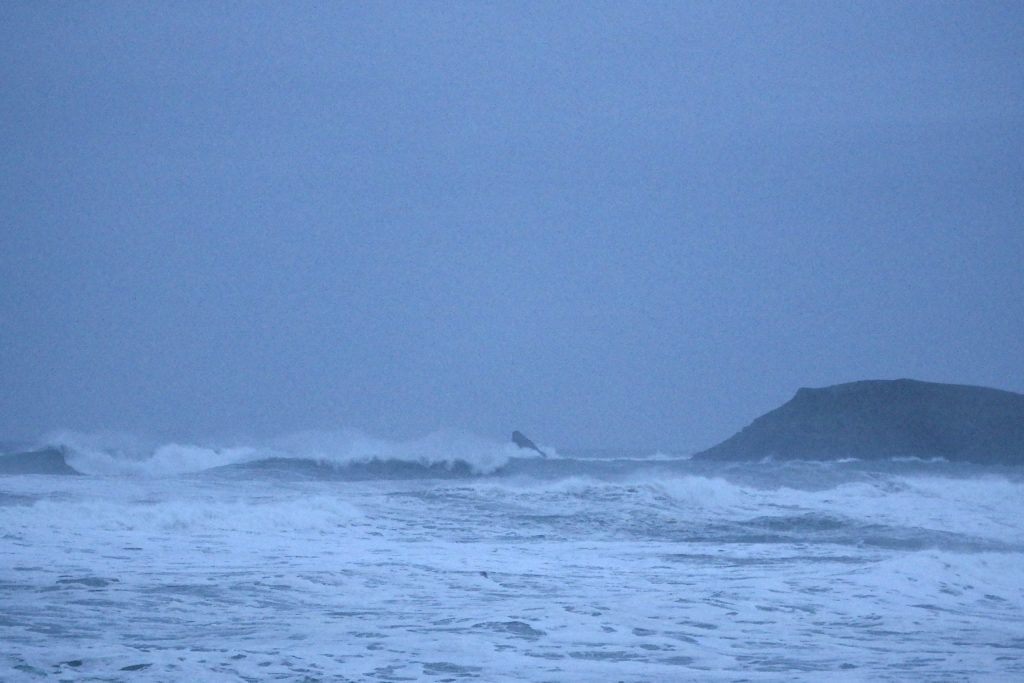 Some big swells are marching through the Quies this morning with mountainous waves crashing over Bull Rock hurling whitewater surges across the headland.
It’s huge and enchanting and energising and exciting but you wouldn’t want to be out there, not around here, not this morning! 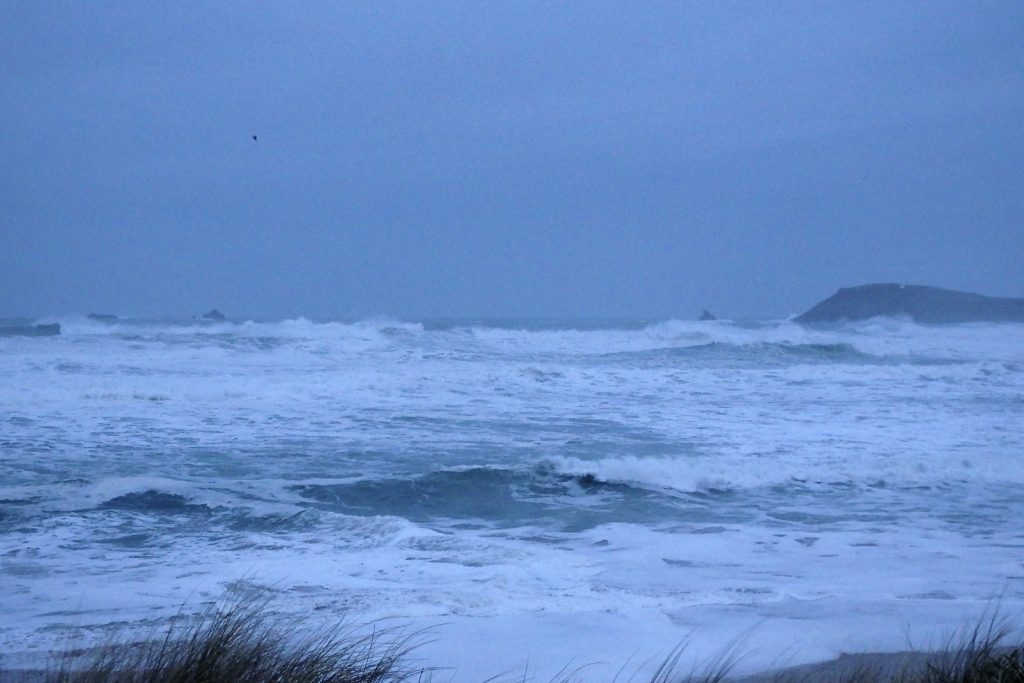 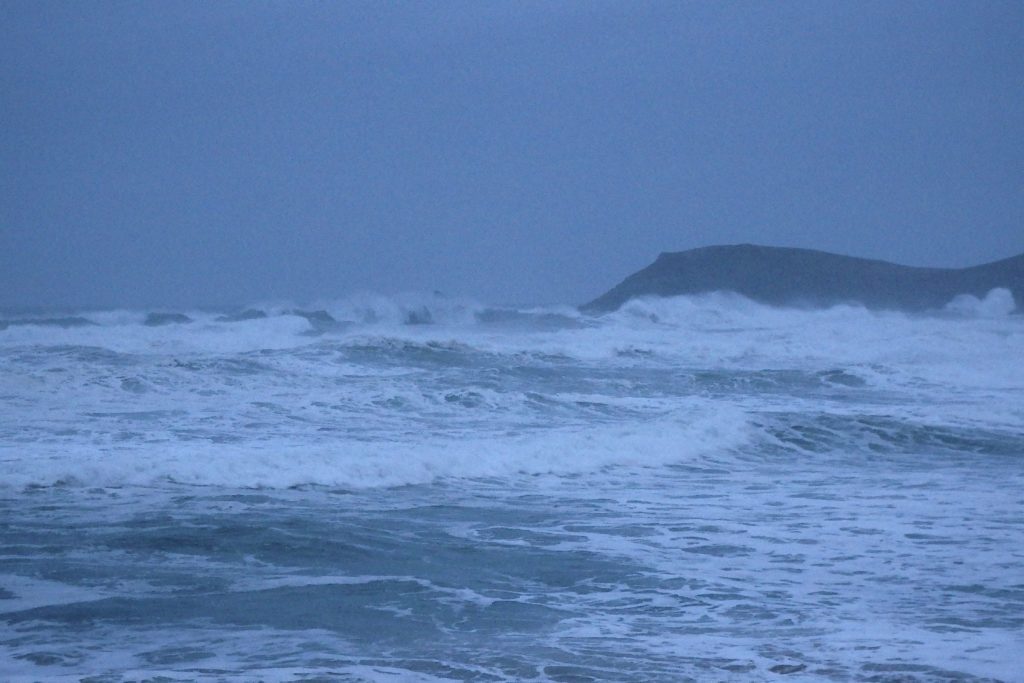 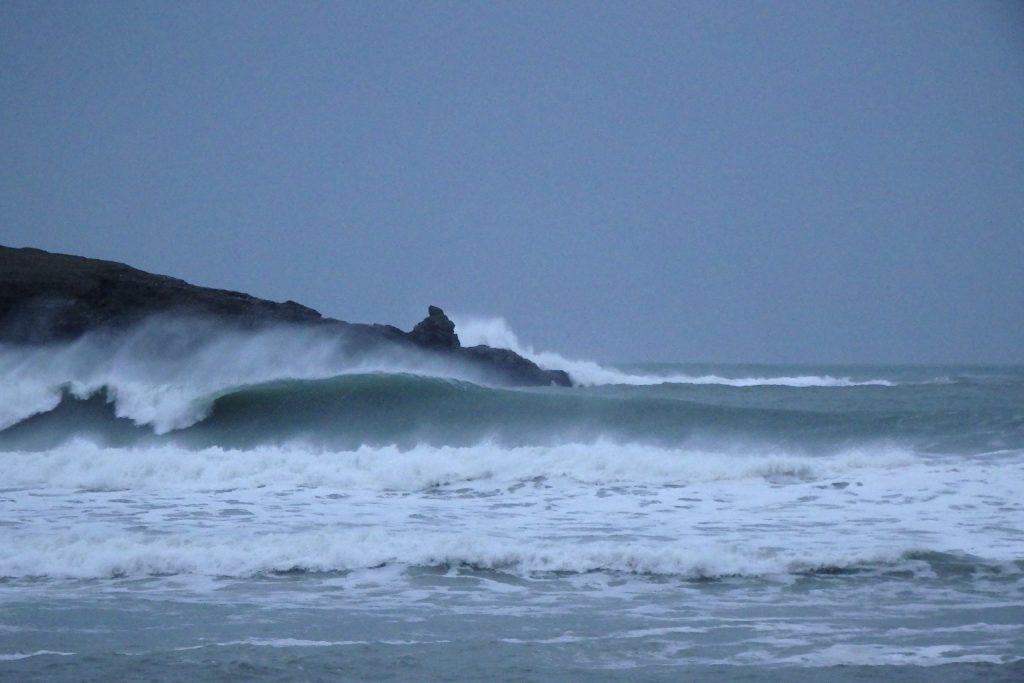 Harlyn is being a little deceptive again this morning, that howling south westerly wind whinnying offshore to smooth out what at first glance looks like big but comfortable enough, thick and chunky barrels of surf.
And then the set waves roll through.
And they are really big! Really, really big!
Awesome if you’re up to it though!
If you’re not then I would suggest that you don’t go near it though.
But I do know of a place not so far away though that should be as epic as epic can be just as the tide drops out. 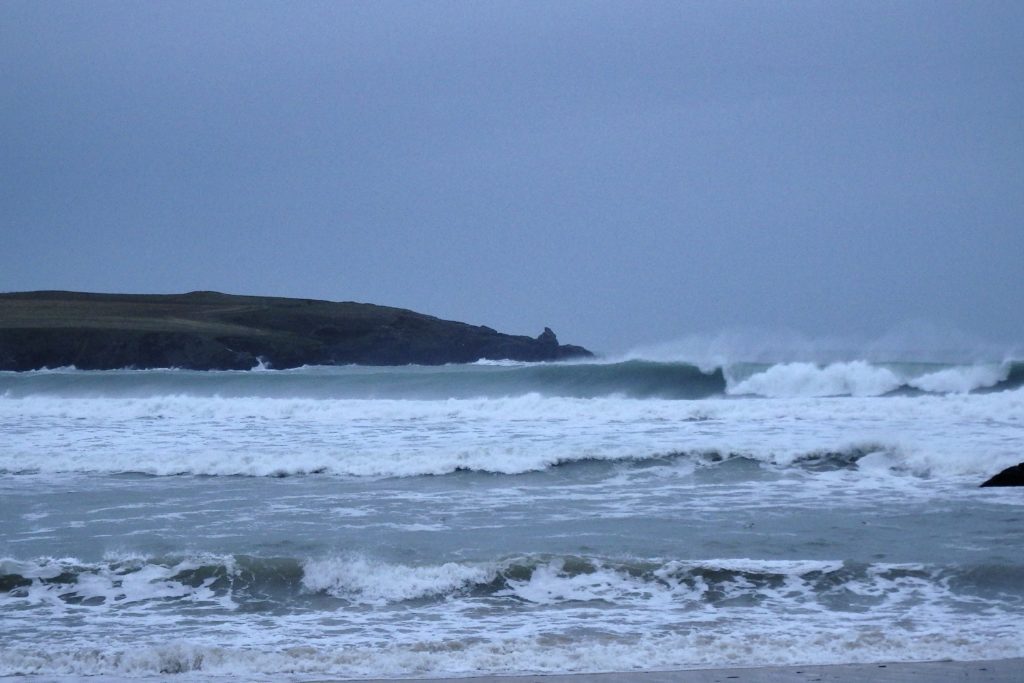 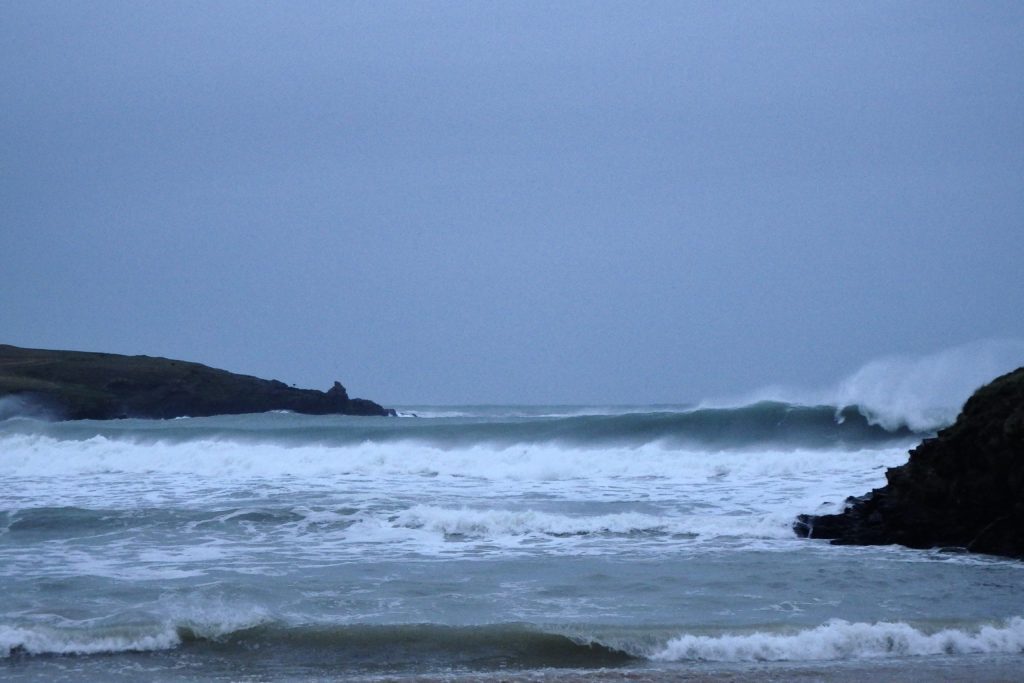 A proper Harlyn day awaits today.
A six to eight foot leftover storm swell, still strong south westerly winds and a big dropping tide.
We could just do with that pub being open now!
Maybe Food for Thought could start up a mobile traditional pub just for winter with a cosy log fire and some traditional brews for those long in-between tide waits. Should be able to fit that in the back of a Transit van no problem!

Gale to storm force winds are going to blast us into the start of this week with those hard blowing gusts coming from the south west.
At least that allows us the potential option of Harlyn as a surf venue but even Harlyn is likely to be big to really very big in size. Throw in that strong offshore effect there and you can tell that those waves are likely to be huge, cavernous and heavy!
Those big and windswept waves will last well into the week, the wind maybe then starting to back offshore for a few hours at our main breaks as the storm passes onwards by Thursday morning ish.
And of course by week’s end that wind will be chilling things down as it whistles down the coastline from the North, nor’ west.
So, we’ll be seeing plenty of surf this week, probably a bit too much for most people and that’s okay, we can usually find somewhere more suitable to our skill levels with a little bit of looking around!
Have a great week, wherever you are and whatever you’re doing!