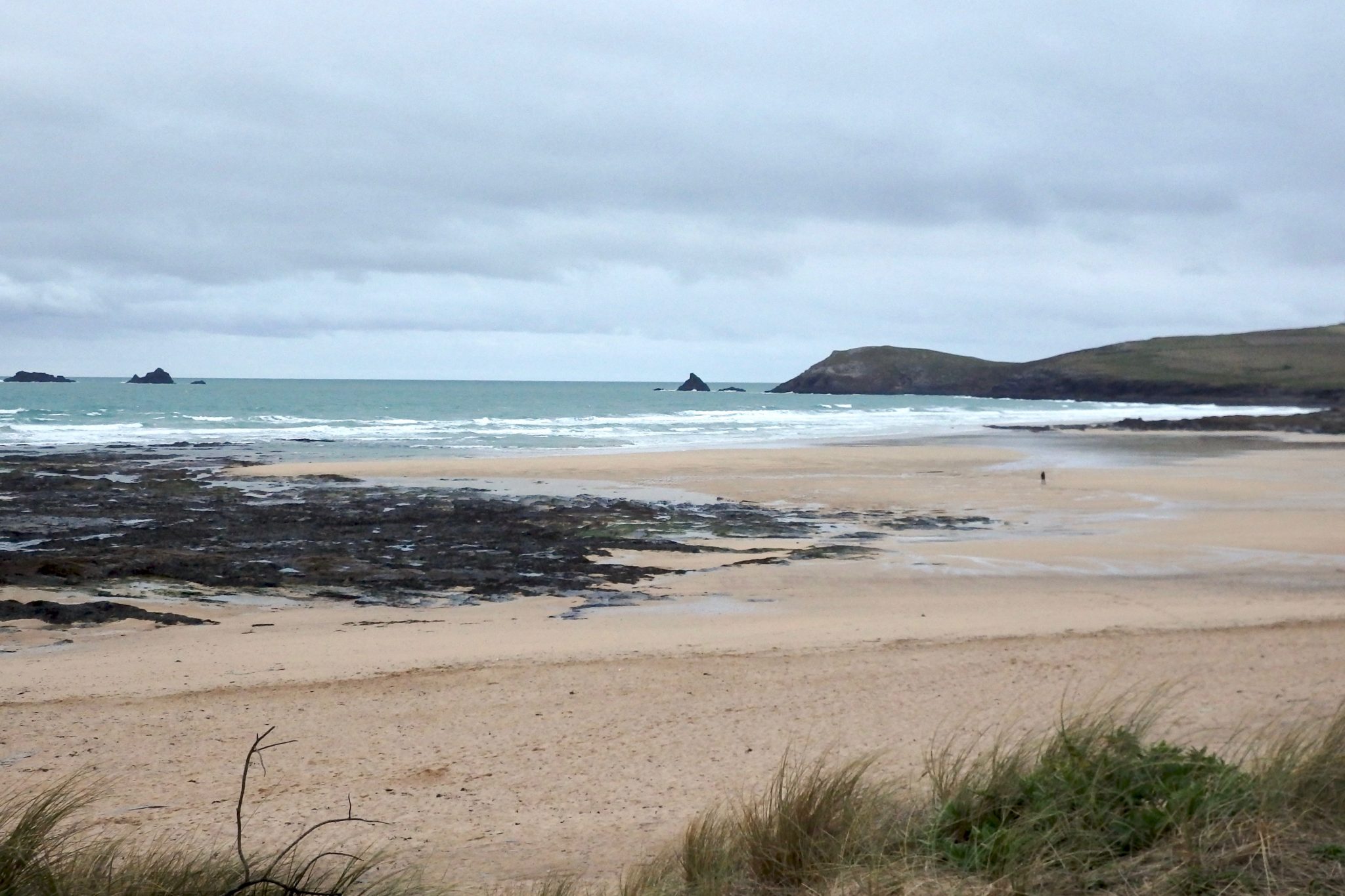 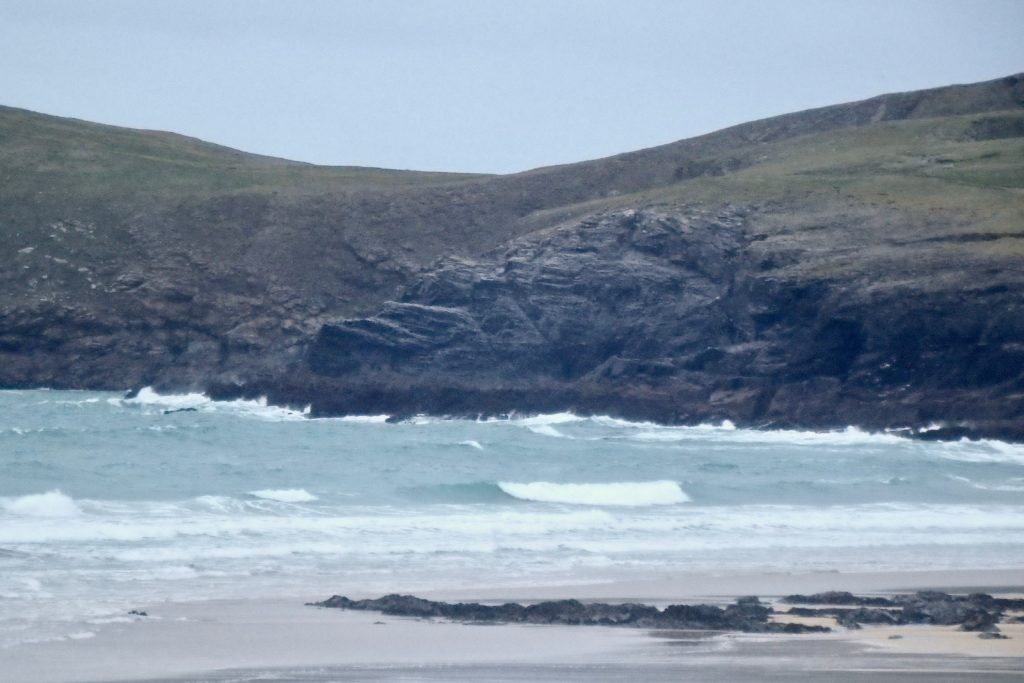 The wind has changed direction and so we have lost that chill bite of the last how long but the skies stay grey and there’s still the feel of dampness in the air.
That brisk west sou’ westerly wind continues to chop and mix the two to three feet of aimless and powerless looking surf that is wandering into the bay.
No, it’s not great but if you like really small and weak, choppy surf then your luck is in! 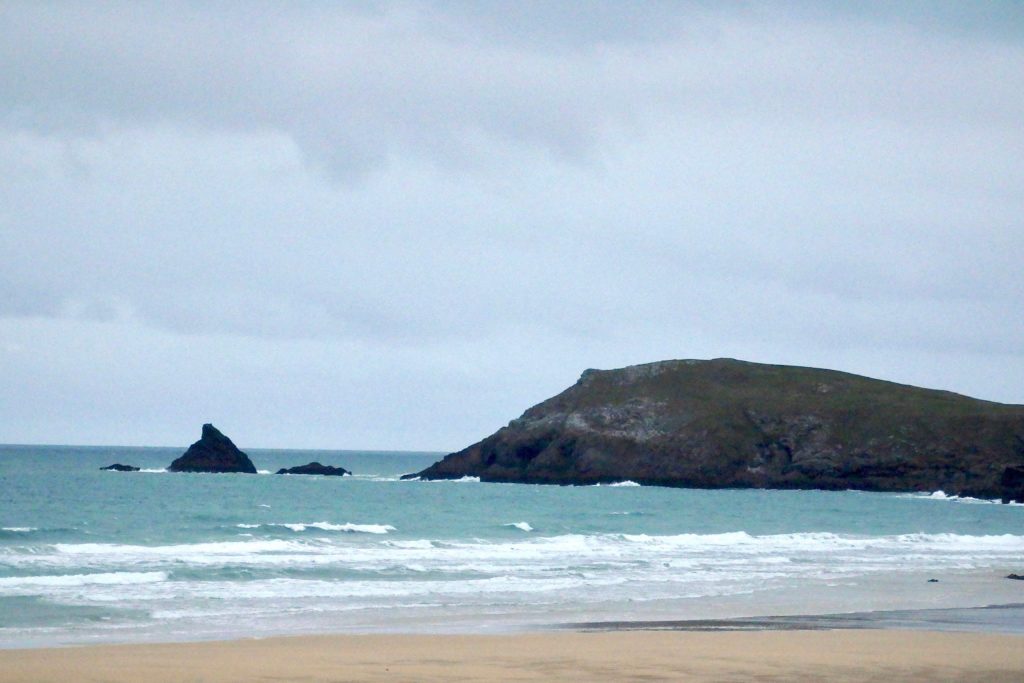 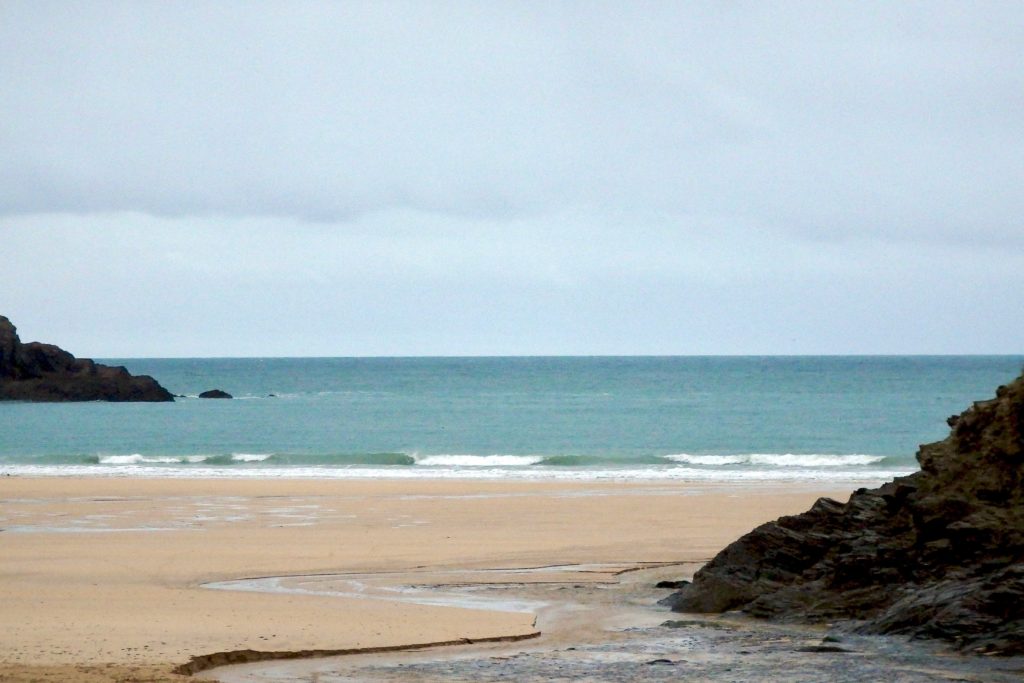 Barely a ripple is managing to trickle around here this morning, which is a shame because that wind is blustering in from the west sou’ west, almost offshore.
So if there was any surf it would be pretty good shape.
We might just have to wait a while before we see anything worth surfing on getting in here! 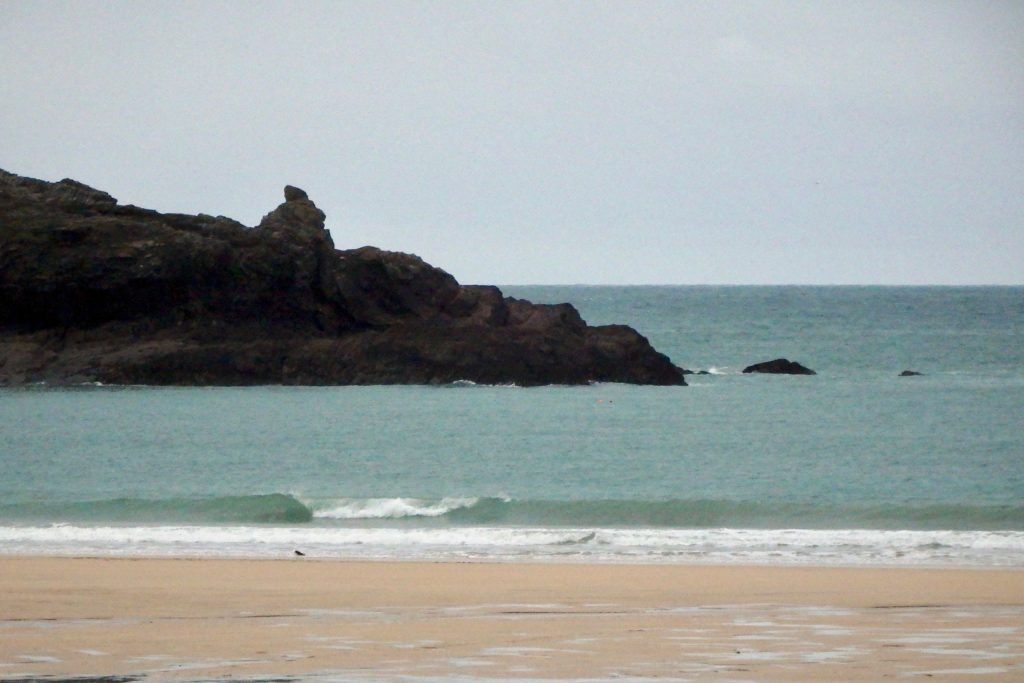 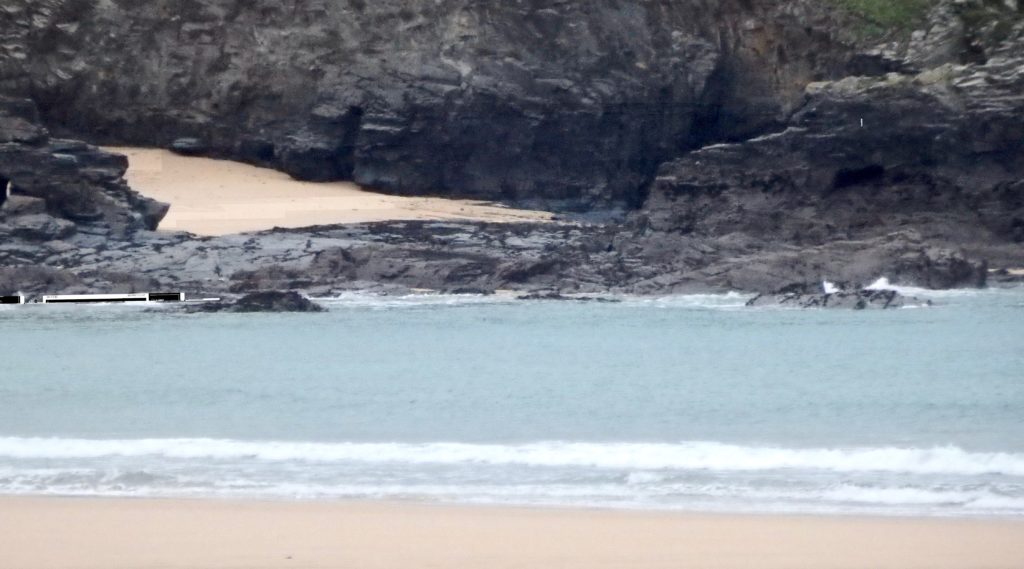 Westerly going south westerly winds are going to keep the air temperatures more comfortable than they were but the two to three feet of surf is going to be in tatters from it as well.
The west facing breaks are going to be choppy while the sheltered spots aren’t going to be seeing much in the way of waves.
We need a banging swell maker to work its way across the Atlantic to get some waves generated in our direction.
But that will come as Winter finds its stormy feet!

Hopefully we have lost those wild north westerly storms to start this week.
Monday should see some calm and pleasant conditions, still with a cold northerly breeze but brighter and calmer and generally easier.
A couple of feet or so of still slopped but much calmer surf might just appeal if you find just the right spot tucked away from that northerly breeze at just the right stage of the tide.
By Tuesday the wind is likely to be gusting in from the west south west, a milder direction and more supportive of those thicker if no bigger swells.
By midweek we are likely to be seeing some fairly typical late autumn, overcast weather with that three foot swell rolling in to the main surf breaks, all a bit sloppy and thicker, while teasing a foot or two into the sheltered spots, just to offer a choice.
Have a great week, wherever you are and whatever you’re doing!