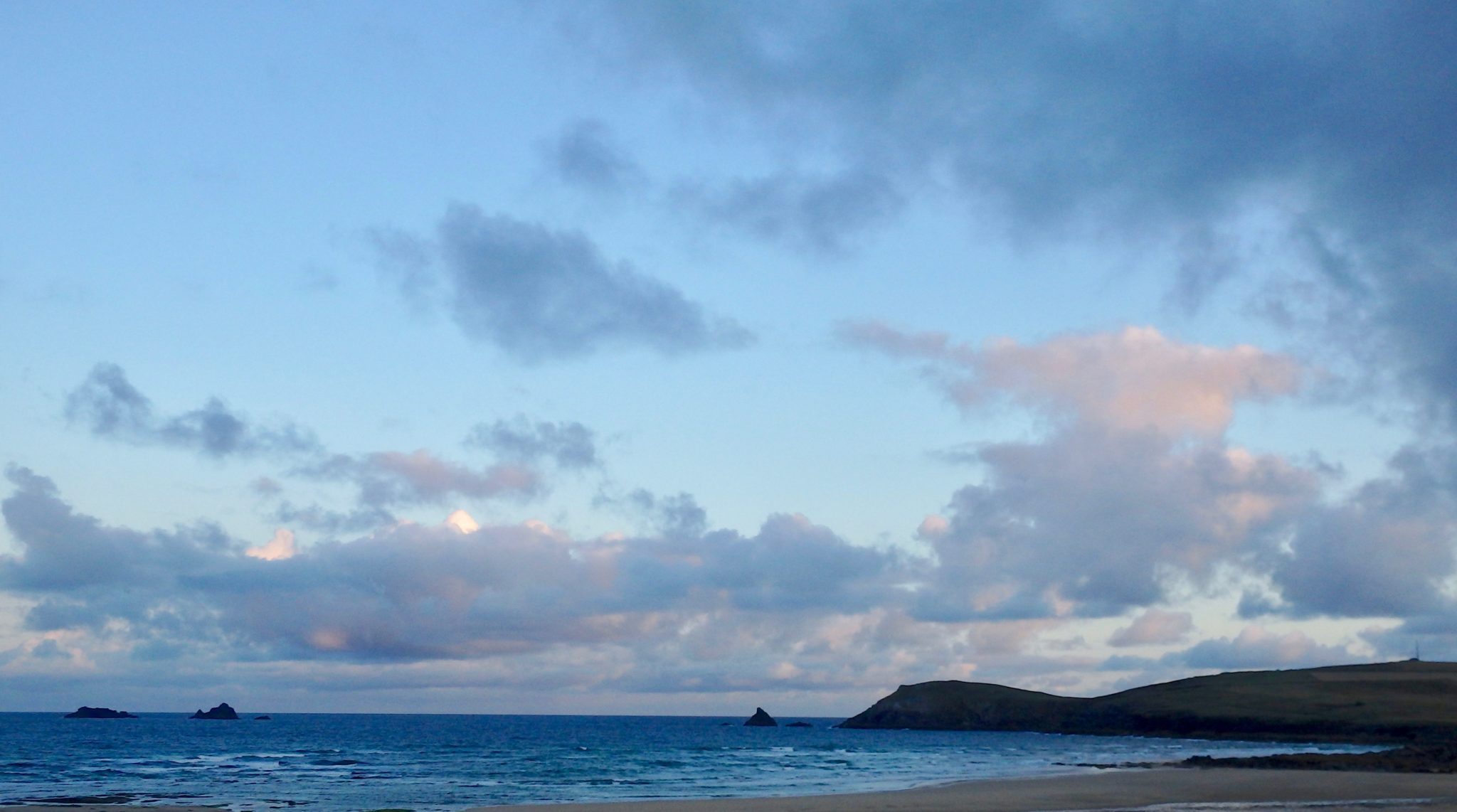 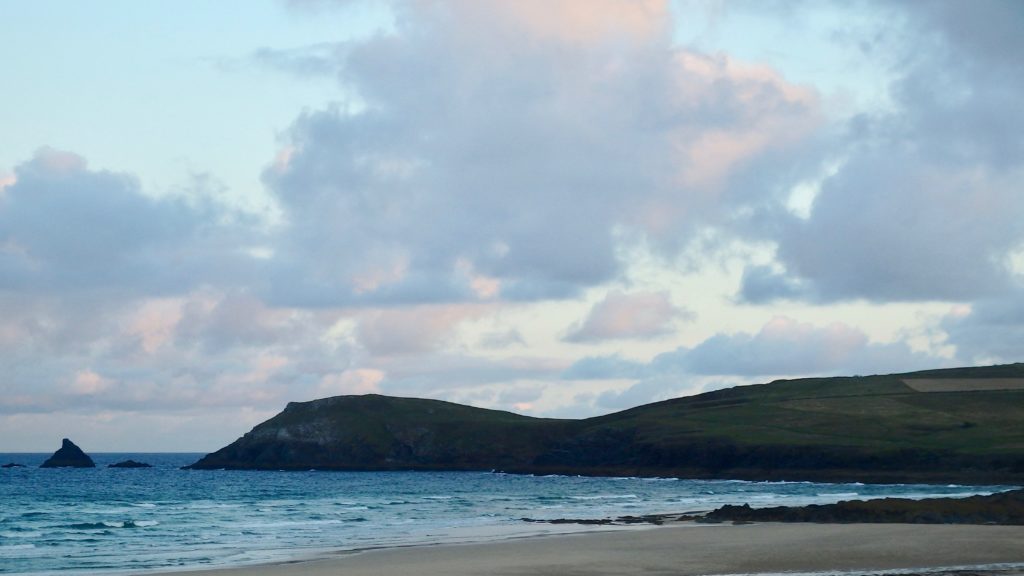 The sun is trying to sneak its way through those wandering clouds this morning while the breeze is light and gentle, the air mild and summer scented.
But the surf isn’t all that, a foot or maybe just a bit bigger of sloppy and weak looking little waves are wobbling ashore.
If you’re on holiday or just getting into it then today’s conditions will be great for you but for those summer crazed, surf-junky groms who are still off school, well, you’re going to have to make do again I’m afraid! But you rarely regret going in when conditions are weak although we often wish that we had gone in when we don’t! 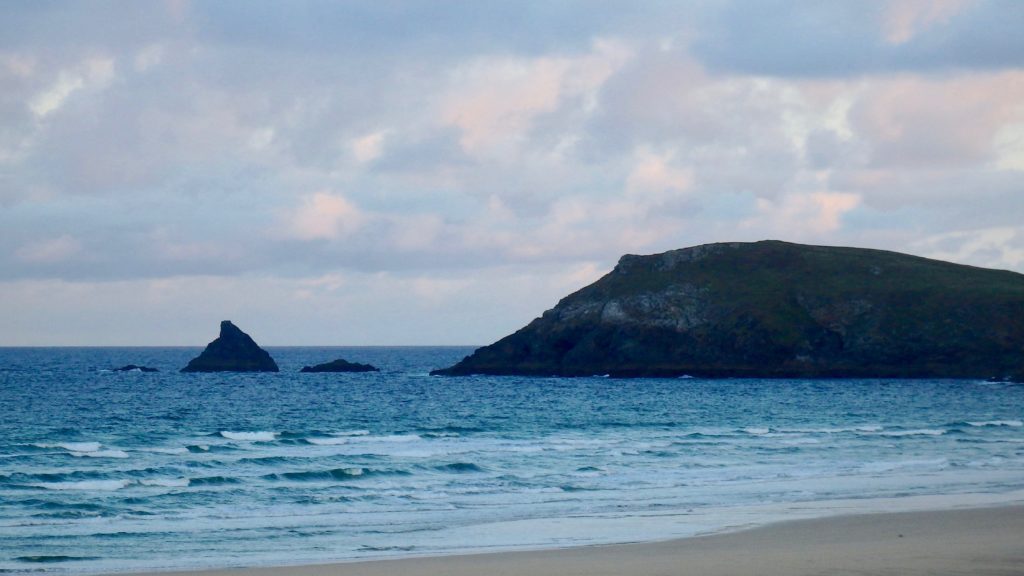 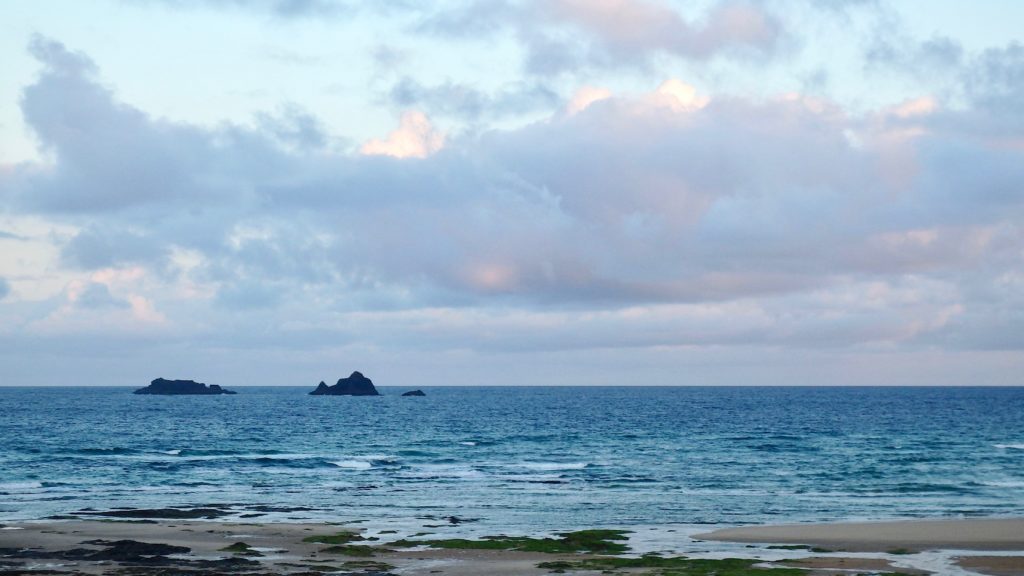 It is absolutely flat here again this morning, ripples of wavelets lightly slapping the hard sand of low tide.
If you want to play here today then you need to unpack the SUP or grab something real floaty for a paddle! 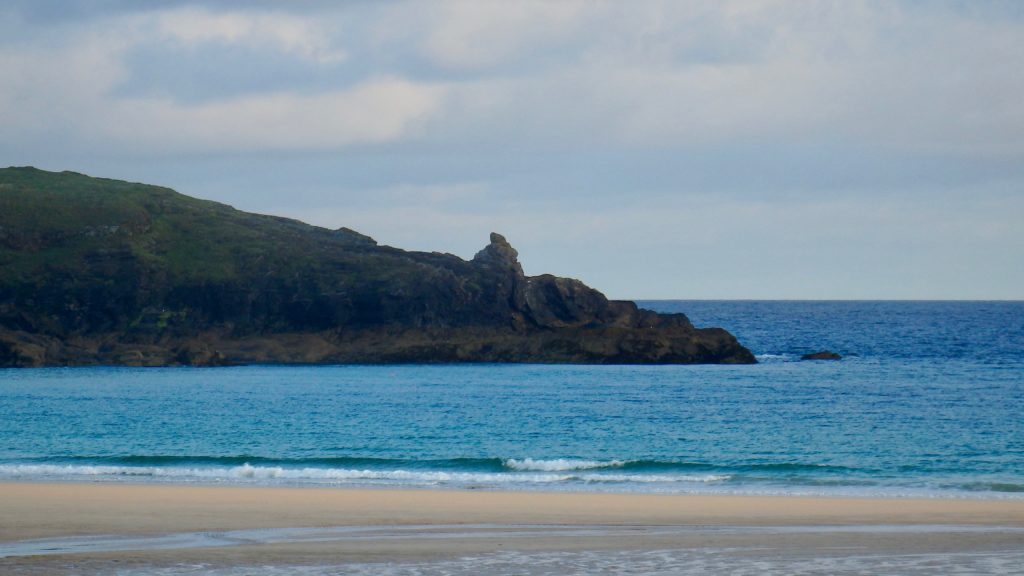 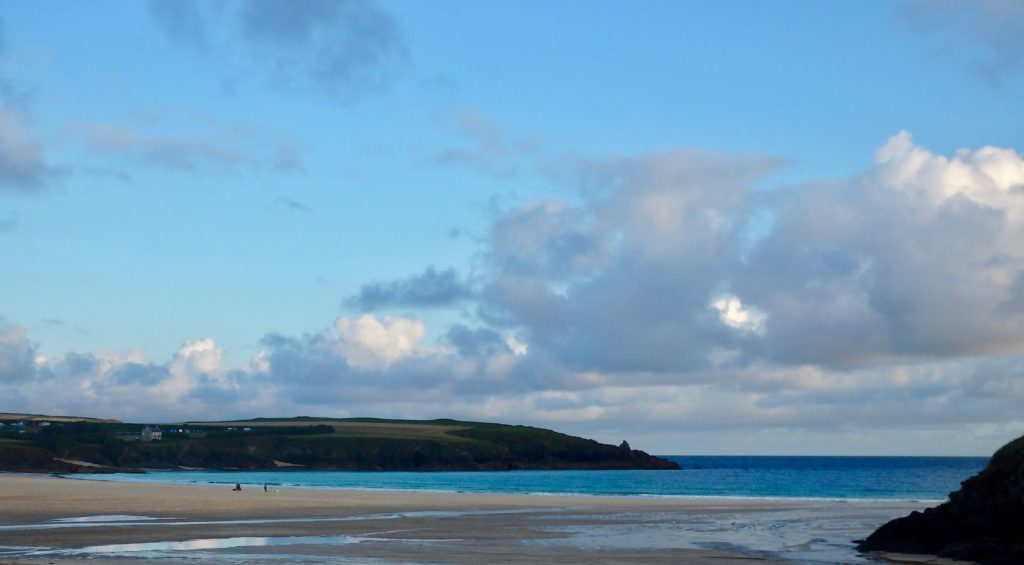 We might just see an increase in wave size later on today, that knee to waist high stuff just strengthening with the evening tidal push.
Otherwise the wind is likely to be fresh and from the south west, helping that swell on its way.
Harlyn by dark? Maybe but real small!