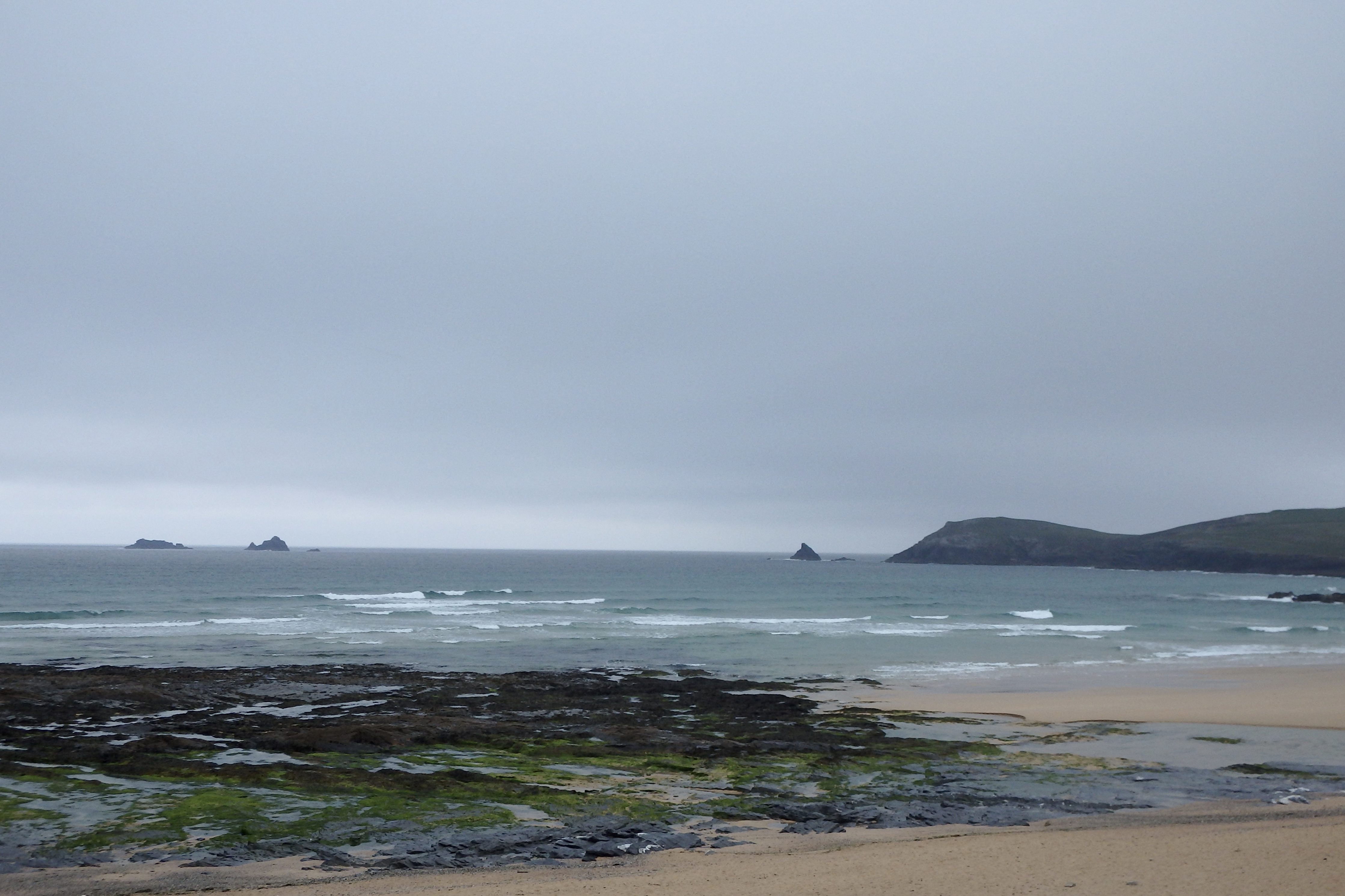 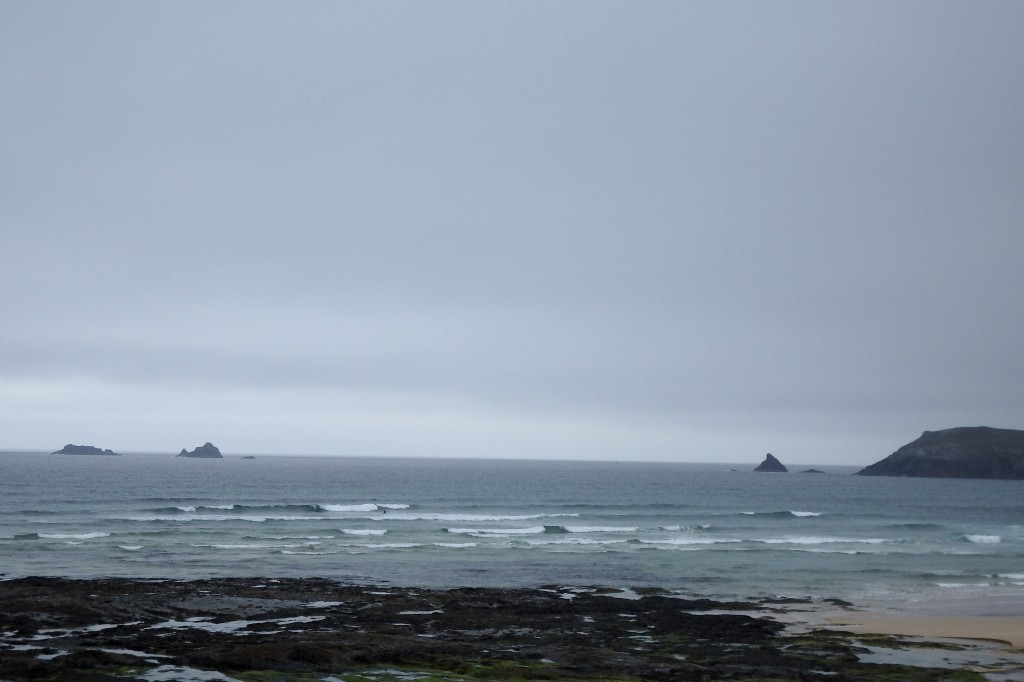 There’s a dull and damp, breezy kind of day out there this morning, a brisk south westerly blowing in some welcome little surf.
A couple to maybe three feet of ruffled and bumpy surf is peaking into the bay, those squiggly sandbars trying to give the grey looking surf some shape.
As the wind steadily blows, the surf should gradually build, slowly but steadily, a foot or two to start with, probably ending up being a decent three or maybe even four feet by this afternoon’s high tide. It might just be big enough later to get some surf around and into Harlyn where conditions should be clean and sharp but we’ll have to wait and see for that one! 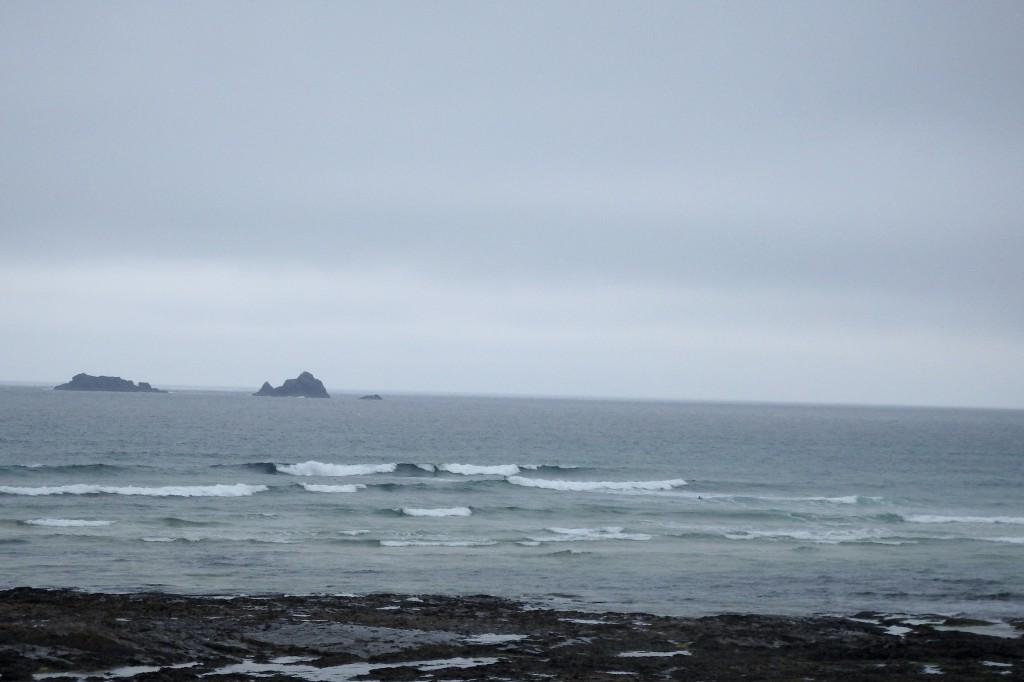 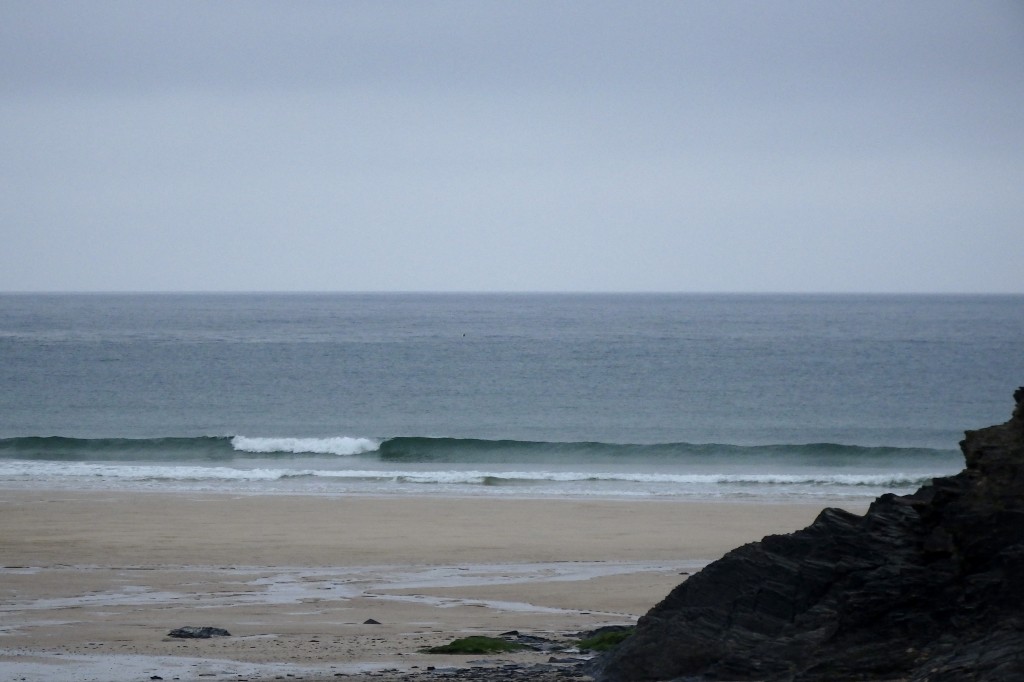 There’s almost a foot of glassy and crisp, snappy little surf crashing ashore here this morning.
The wind is offshore, reasonably light right now and forecast to stay that way while the surf might or should build, if only a little, with this afternoon’s tide.
At least we should have the option of surfing here in small but smart and clean conditions or wandering over to the other side of the headland where it will be bigger but sloppier and lumpier! 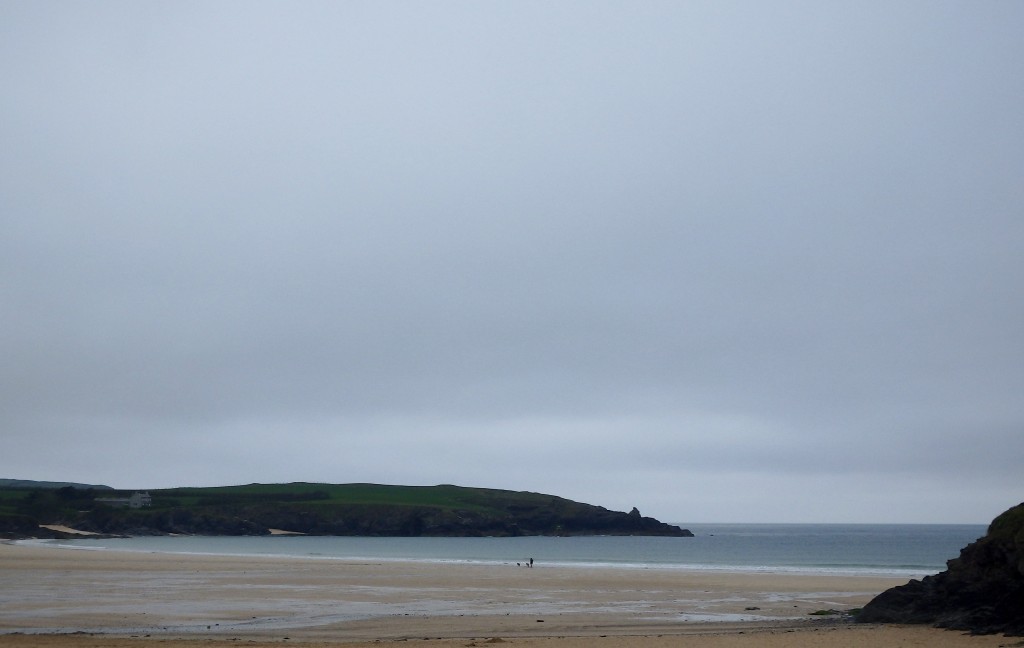 Surf Forecast for Wednesday 18th May 2016

North westerly winds are being forecast to settle in through mid morning, turning those pleasantly shaped, three foot plus waves at Harlyn into something sloppier and choppier. And it is probably going to stay that way as this swell peaks through this afternoon, eventually swinging back to the south west by tomorrow afternoon.
So, back to the slop and chop of onshore winds again for a day or two!

After a frustratingly flat weekend and a flat start to the week, those calm conditions should gradually give way to some strengthening onshore winds.
And with the onshores will come waves.
A light south westerly through Tuesday should push the one foot surf up to two to three feet by the afternoon, four to five feet of onshore driven swell greeting us by Wednesday. But of course the wind will have settled more to the north and west by then, making for bumpier conditions, even at Harlyn.
So, bigger and chunkier waves are expected for the back half of the week with Harlyn kicking in by midweek.
After a bright and sunny start to the week, we will probably see more cloud around on Tuesday with more unsettled weather as the week goes on. It could get wet by midweek too!
Still, there should be some chunky surf to play in for most of the rest of the week!
Have a great week, wherever you are and whatever you’re doing!