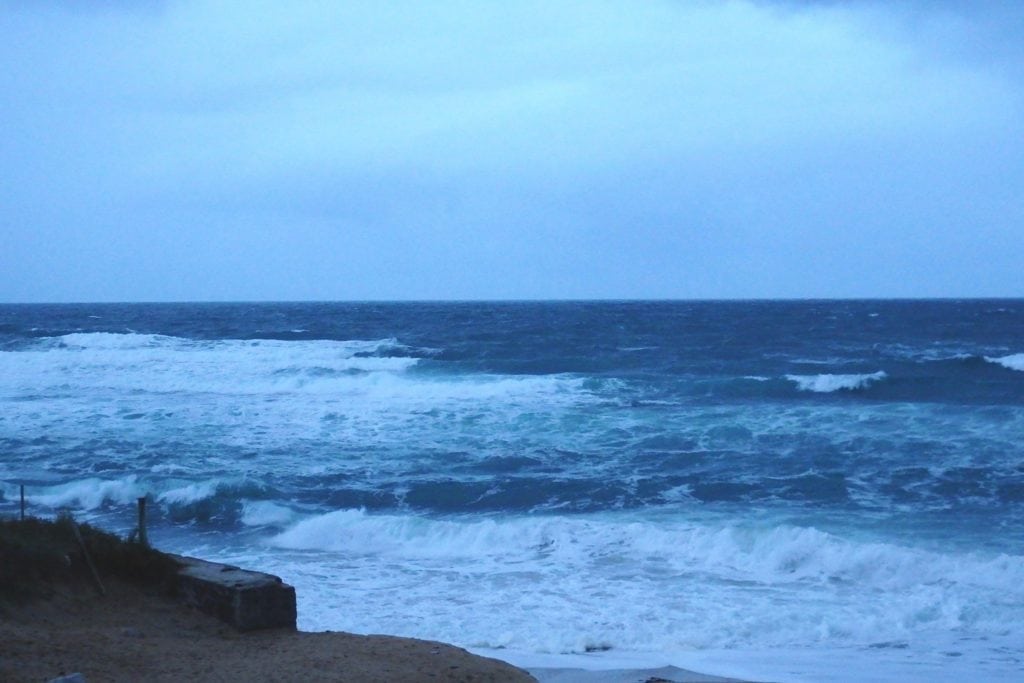 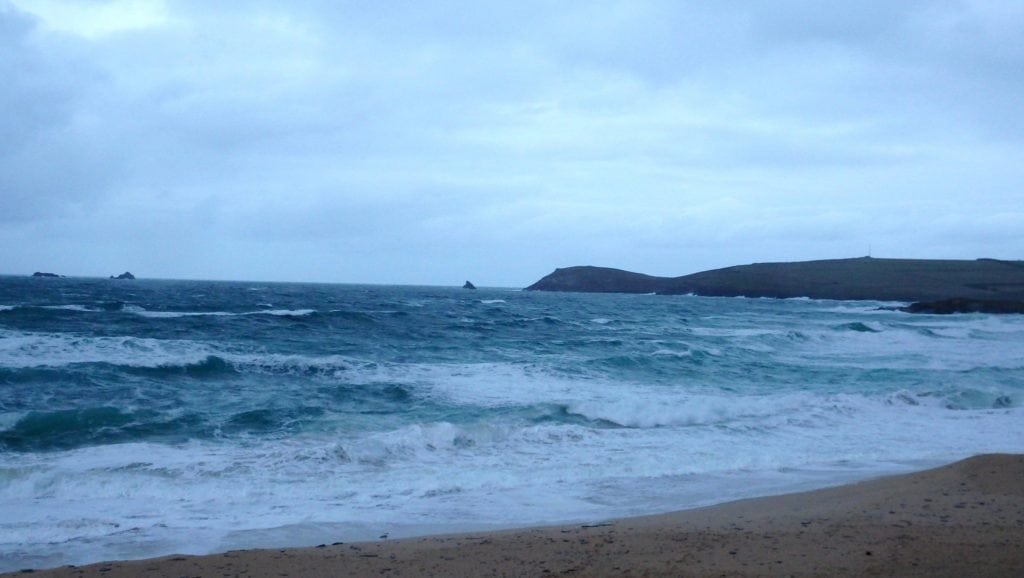 There’s a cold nor’ wester rattling down the coast this morning, just a little tickle to remind us that Winter is in the waiting room!
And that wind is destroying the three feet or so of of close-fetch and mixed up junk surf that is washing around the bay. The dull battleship grey of sky and sea are slowly brightening as those columns of cloud shimmy away to the horizon. It’s likely to be bright enough but biting in the wind with no real surf of any interest.
Except maybe for the South Coast? 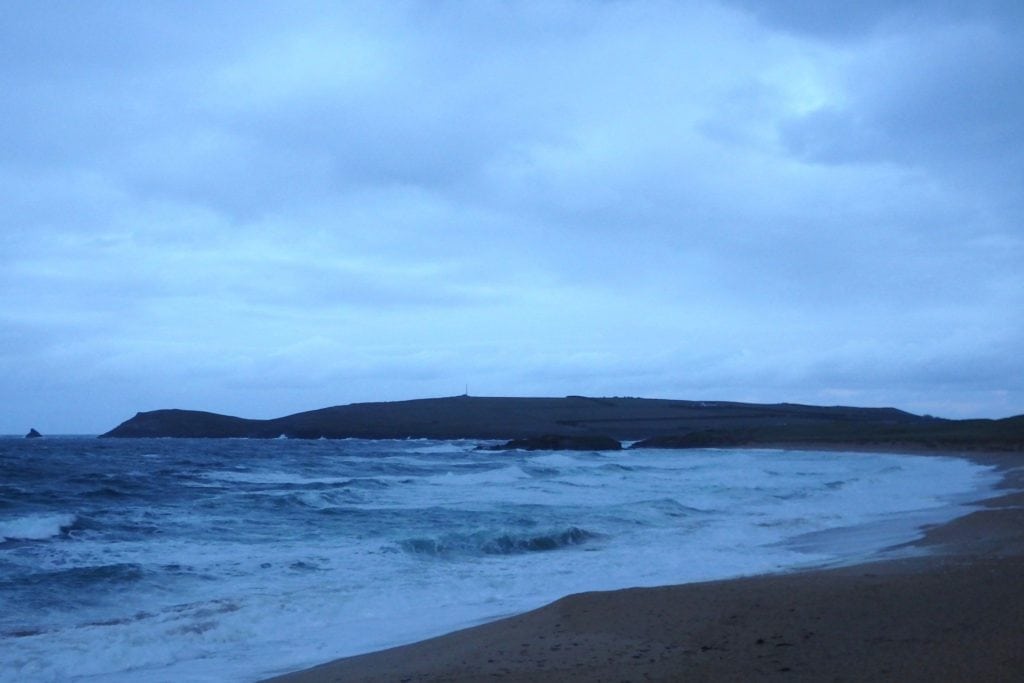 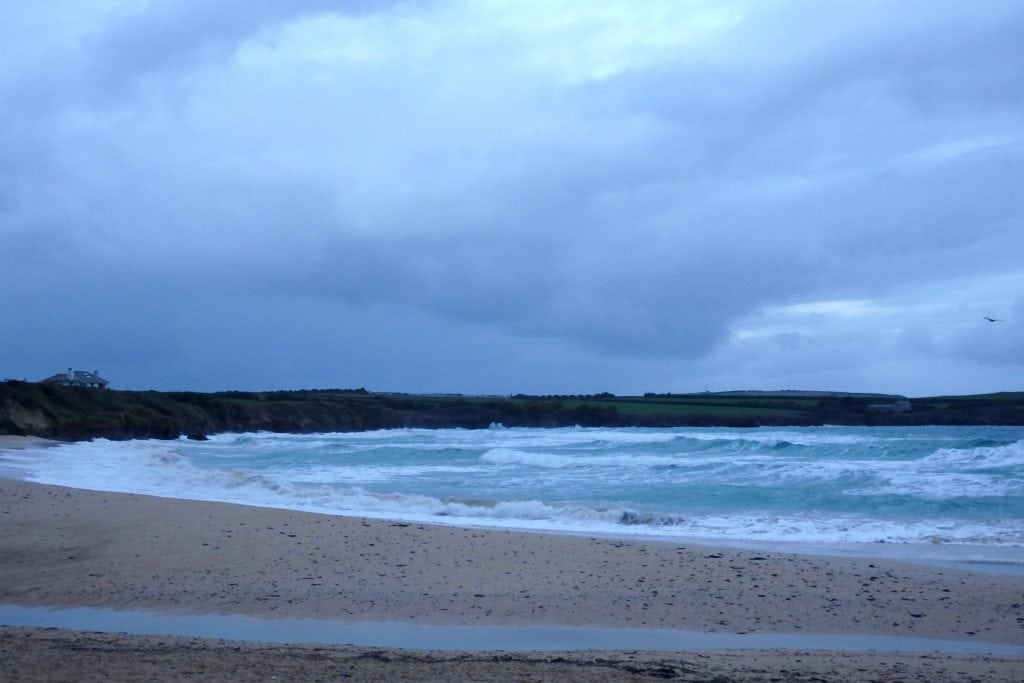 A couple of feet of wind rattled and shapeless junk surf is washing into the bay, that big high tide tempering the otherwise chaotic randomness of those directionless waves.
So the surf is only small and shapeless too, hardly the enticement of an ‘Endless Summer’! Nit today anyway.
That could change in a day or two though! 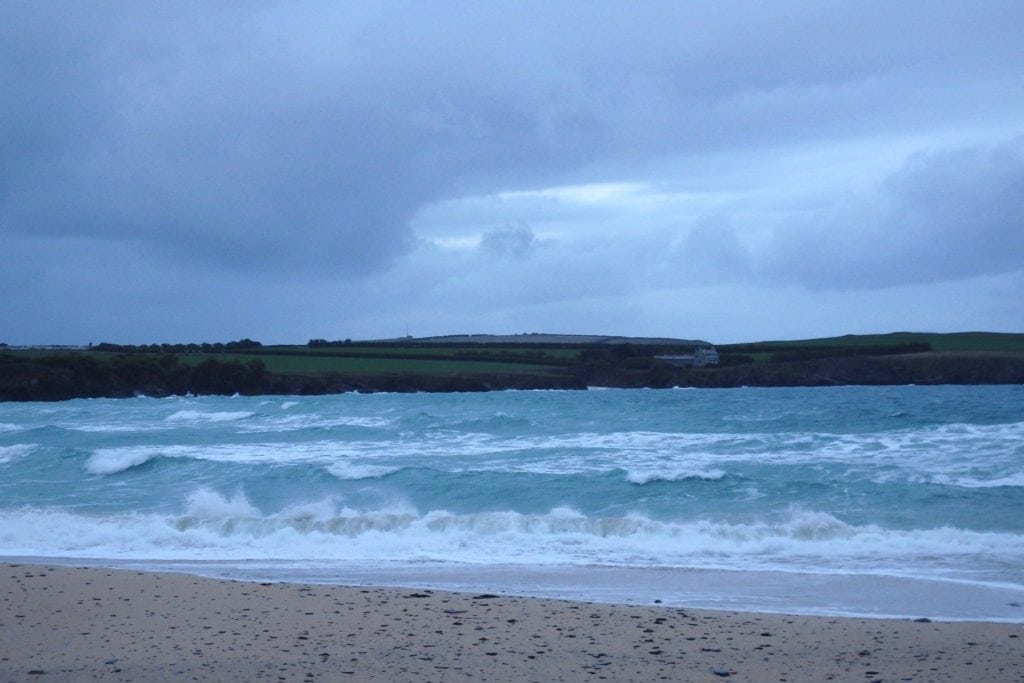 Lighter but still frustratingly onshore winds will continue to mess up the surf at most, or all of our surf breaks locally.
Three feet of broken and choppy surf is as much as we can hope for around here today!

Onshore winds are going to start the week off with a steady south westerly blowing through Monday but switching to north westerly from Tuesday onwards. And that is onshore at all of our local surf breaks!
But it’s not looking to be too strong and the swell is likely to be quite close-fetch stuff anyway, making for not much more than okay conditions through until midweek.
Still, the water temperature continues to be super mild, even though you can feel it cooling off, so it’s no great hardship to be paddling out, even if the surf is a little sloppy. It could just turn out to be more fun than we are expecting!
And then there’s always Nicole, drifting up the Atlantic, spreading weather mayhem and watery havoc all around!!
The end of the week is just starting to look promising. Well, when I say ‘promising’, I think that it might just turn out to be epic!
Have a great week, wherever you are and whatever you’re doing!