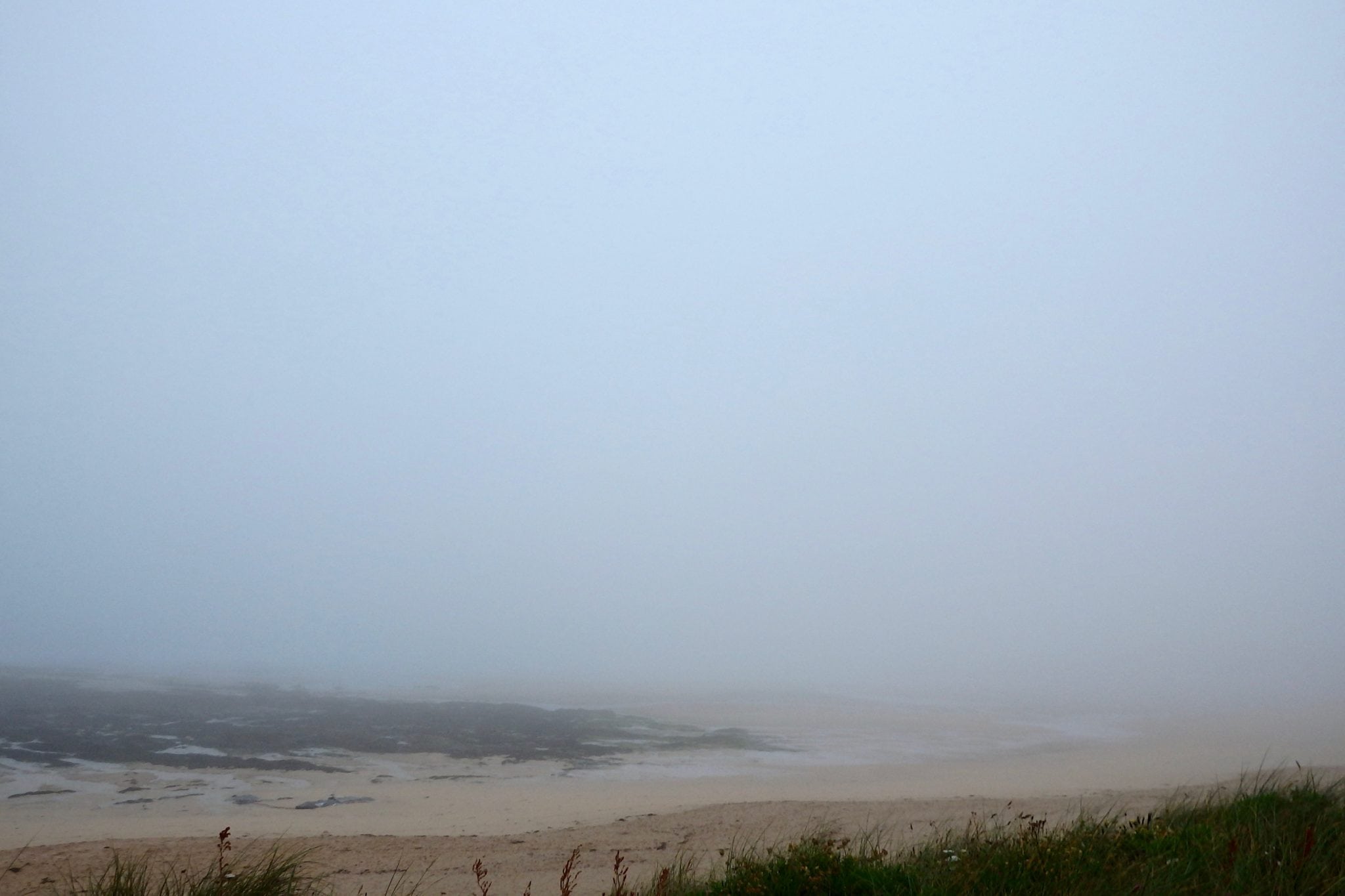 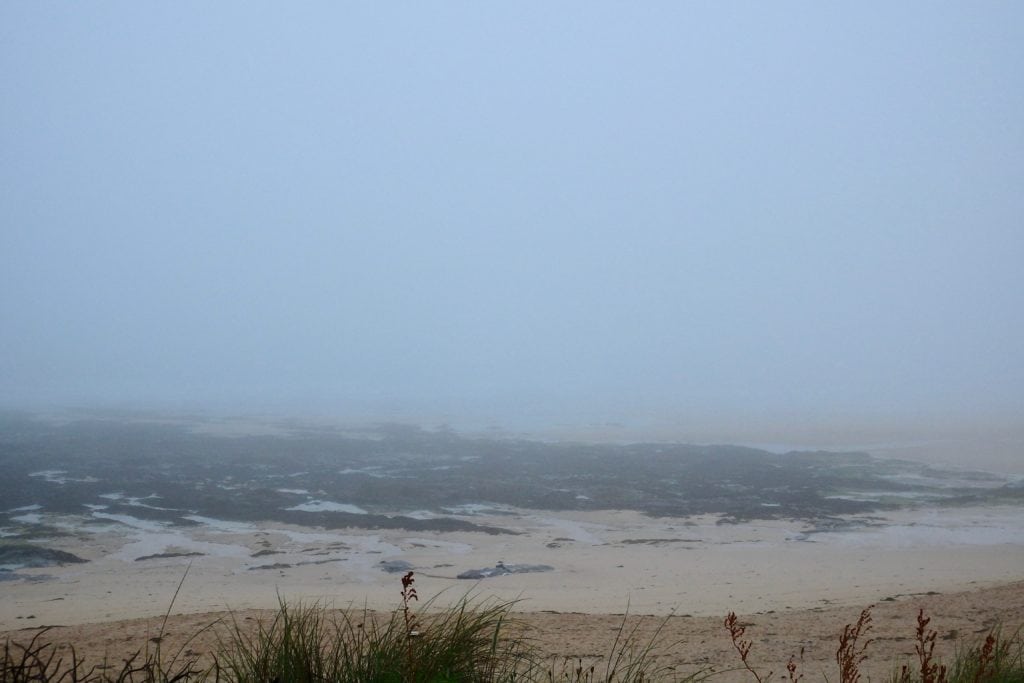 A dank and dreary, foggy and mizzle filled morning is welcoming us back from our few days away, the surf a three foot soundalike but invisible in the murk.
And the steady west sou’ westerly breeze is strong enough to shake the heavily flowered hedgerows and so is probably chopping what sounds like maybe three feet of surf. But whatever it is it cannot be seen and so it doesn’t really matter.
But I wouldn’t be surprised to see that veil of wet lift through the afternoon to reveal three to four feet of chopped out surf, or maybe smaller. 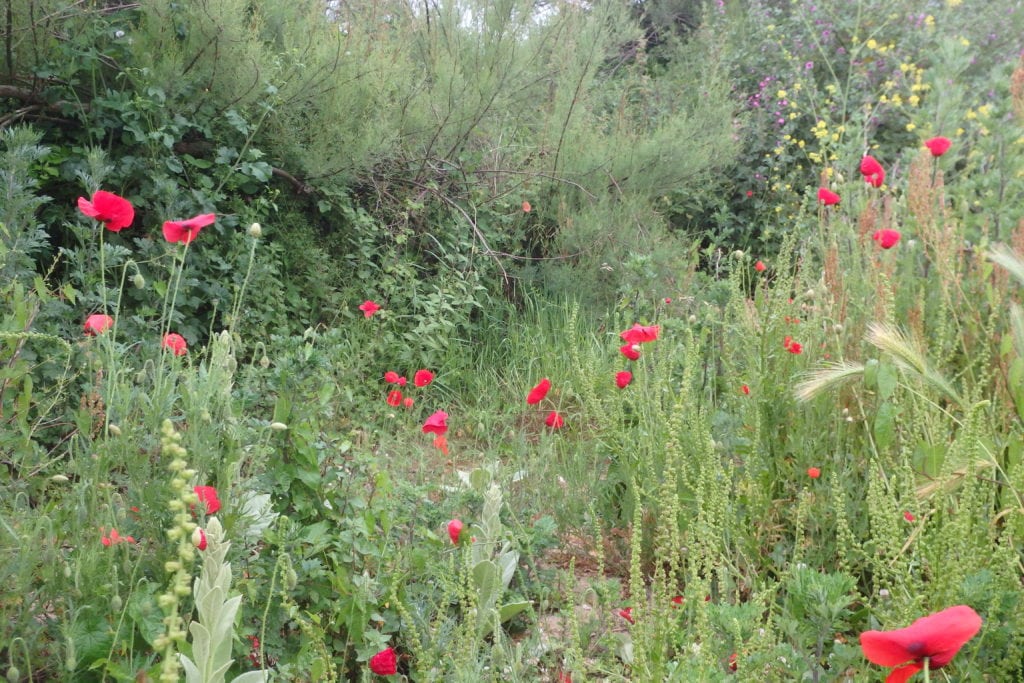 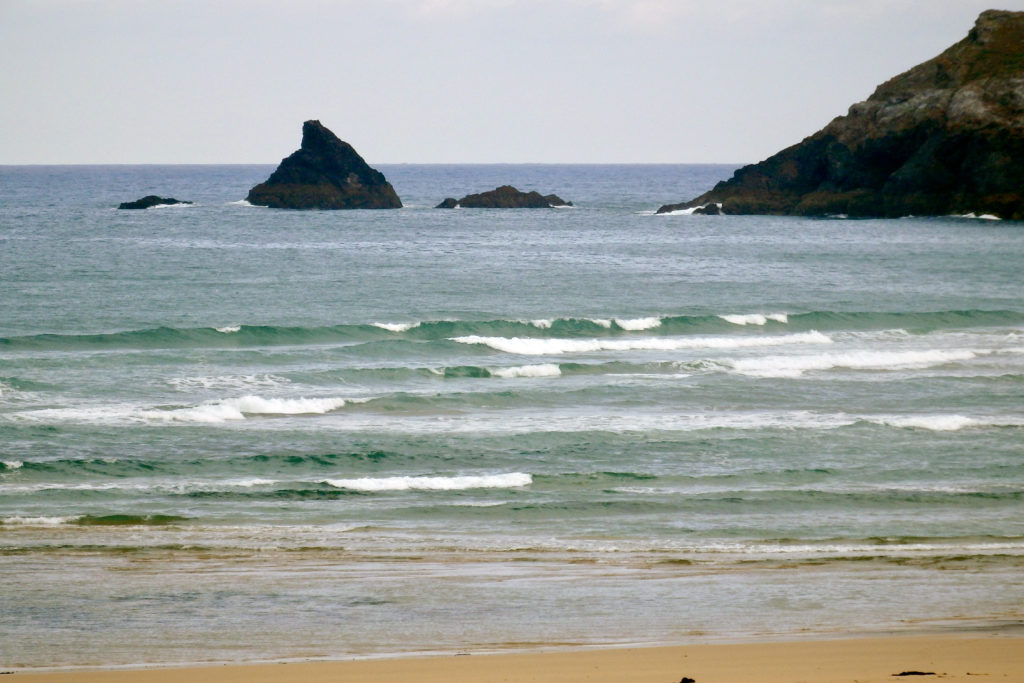 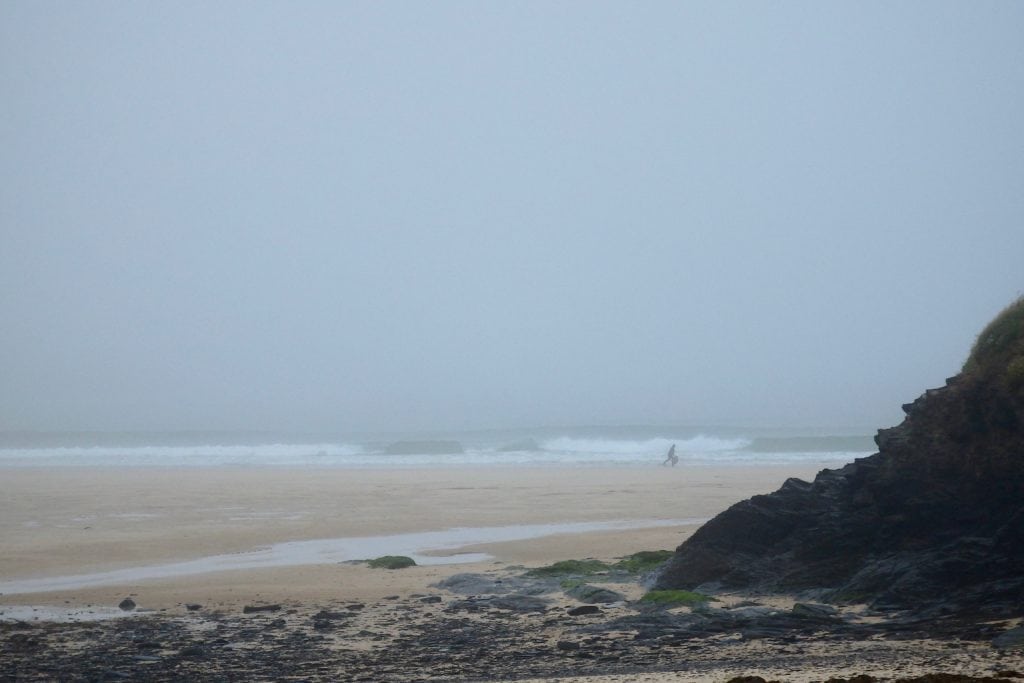 Harlyn has a little more visibility than the other side this morning, allowing a couple of feet or so of smooth but very closey-outy little surf to be seen snapping onto that hard, lower tide sand.
It should all improve as the tide rolls in for a midmorning high but it is unlikely to get much bigger than a couple of feet.
Let’s hope that the fog and murk gradually disappear too! 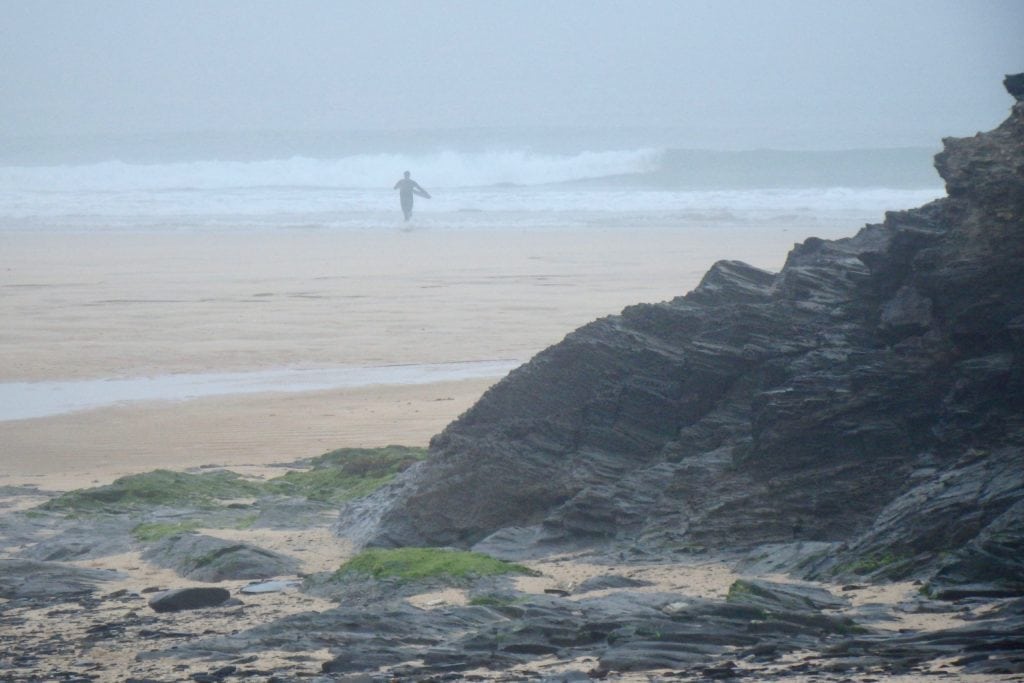 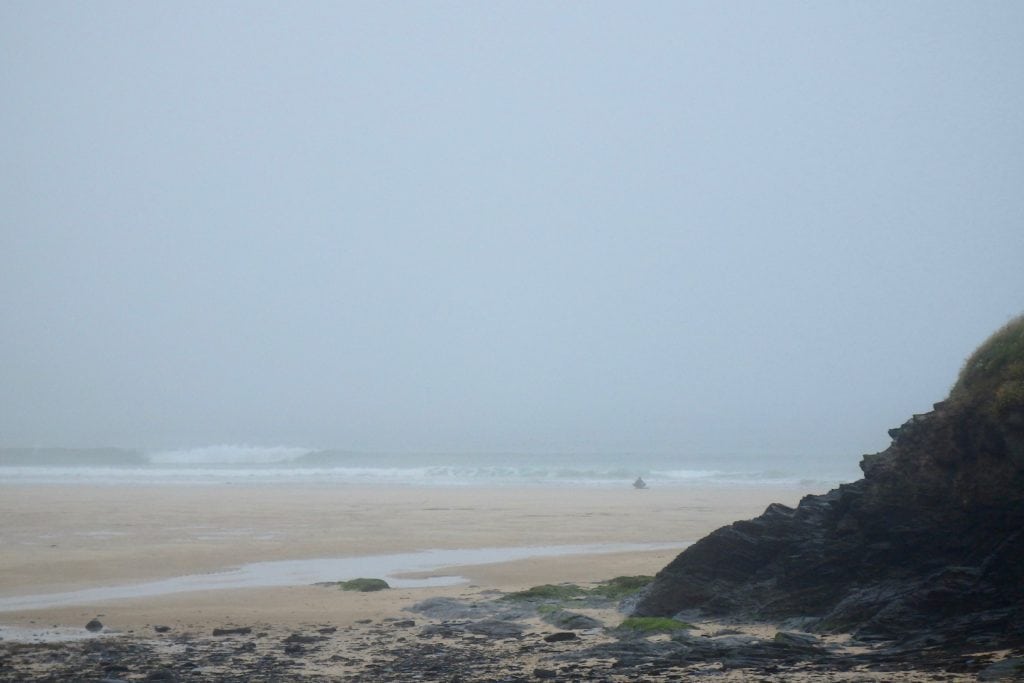 A light southwest, going westerly breeze should allow a brighter day to shine through today, maybe with smaller surf but at least we should be able to see it!
A couple to three feet of choppy and sloppy surf at our main breaks is going to be competing with only a foot or two of much cleaner little surf at Harlyn.

Light onshores are going to slop and chop the smallish but steady surf as it rolls our way through this week.
Hopefully all that fog and sea mist and murk should disappear as we go into midweek, the breezes only gradually starting to drift offshore as high pressure settles more over us at the end of the week and into the weekend.
And so a very slow start to this week should eventually be made good by week’s end as those bright and light and warm days return with only small but super clean, more summer-like surf to play in.
Have a great week, wherever you are and whatever you’re doing!