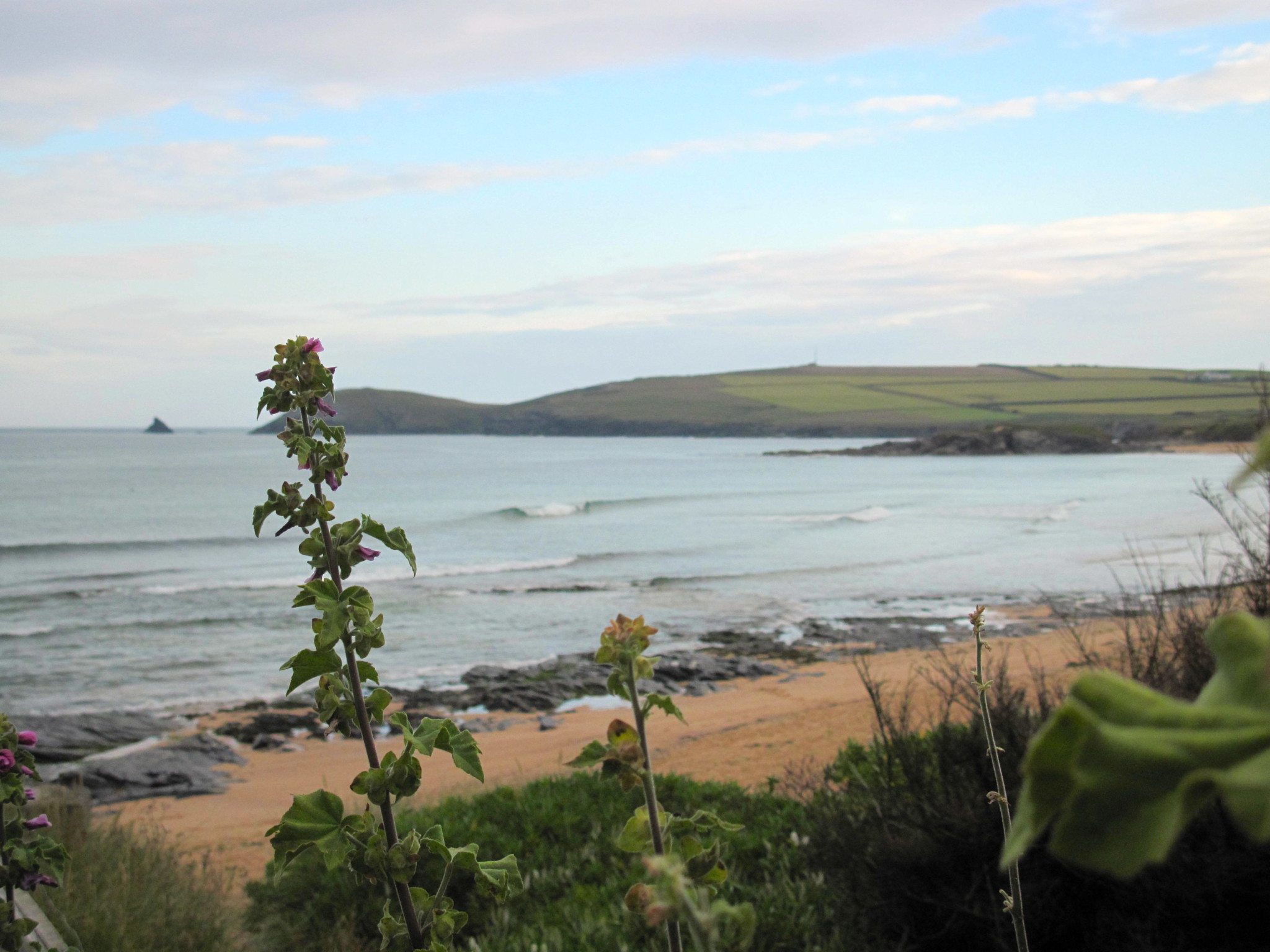 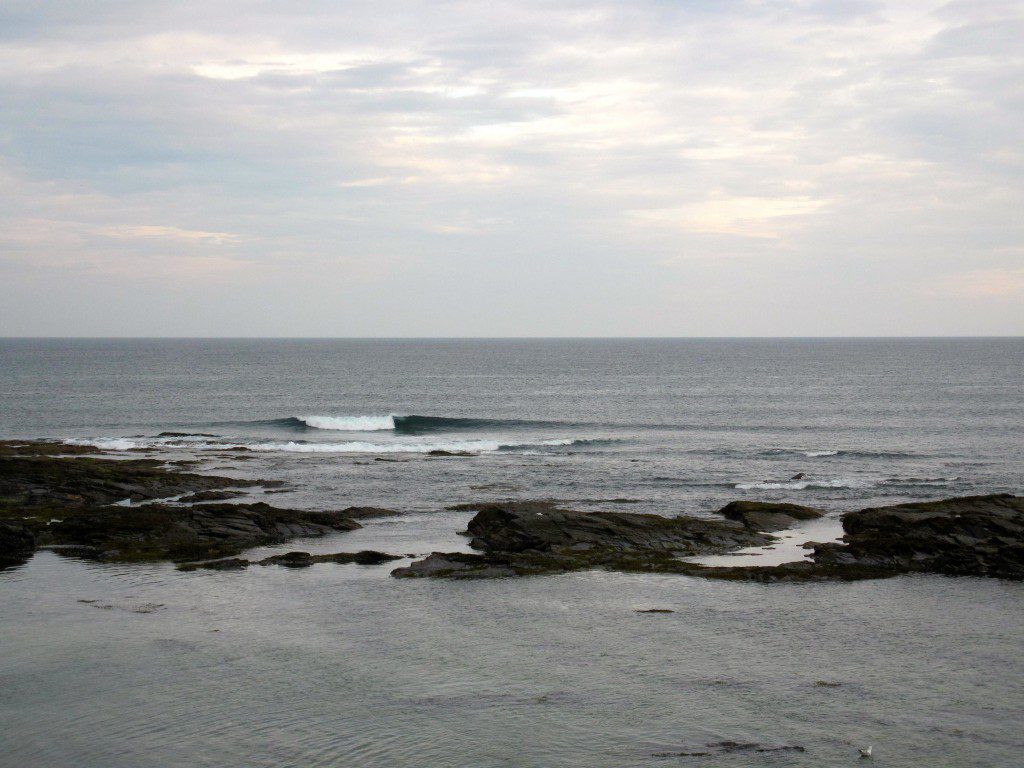 Another calm and gentle day is upon us, a low level comfort blanket of cloud is snuggling over us but there are also glimpses of bright blue in amongst it all too.
The surf is disappointing, a foot or occasionally maybe two feet of pristine and graceful little surf is gliding beachwards this morning, tempting and teasing you to an early morning longboard glide.
But there would be lengthy waits in between those two wave sets.
This little swell should strengthen through the day, maybe not getting that much bigger but it should get a little more oomph to it before this evening’s tide.
If you have the time and the right board(s) then you should have yourself a fun and enjoyable, lazy summer surf session!

Thanks for all your comments regarding our re-vamped site and the images we are running each day. It’s obviously a work in progress but we’re getting there! Thanks to Mark at MiHi Digital too, a guiding hand when others had let us down.
Here’s another view of this morning’s beach scene for you: 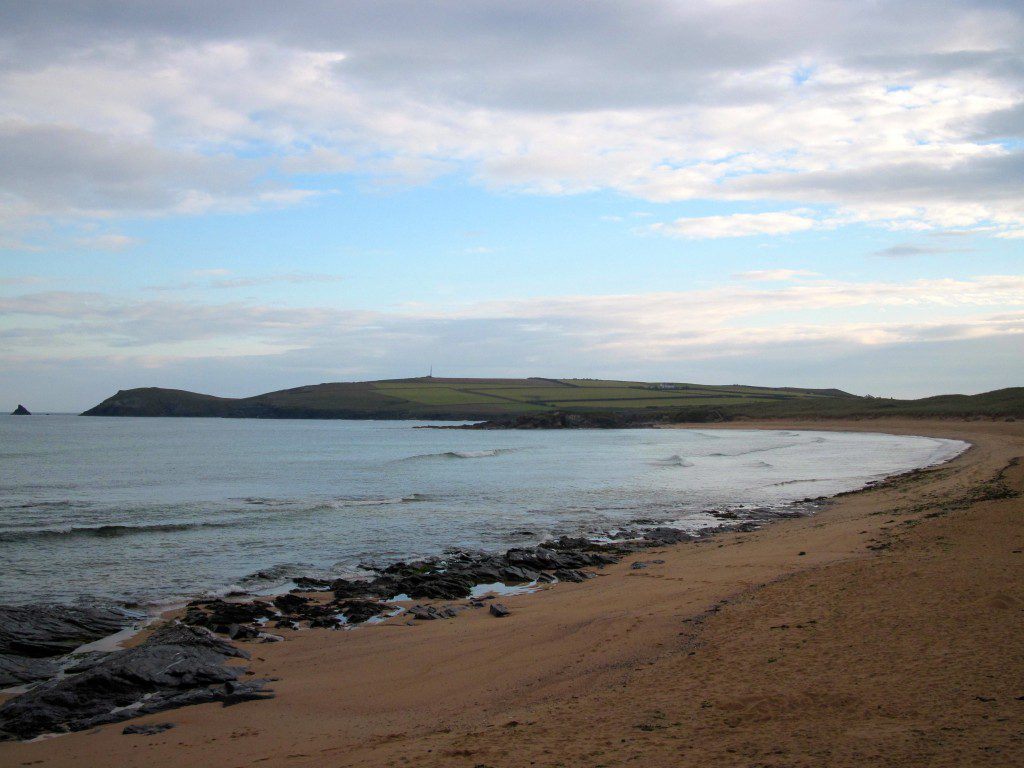 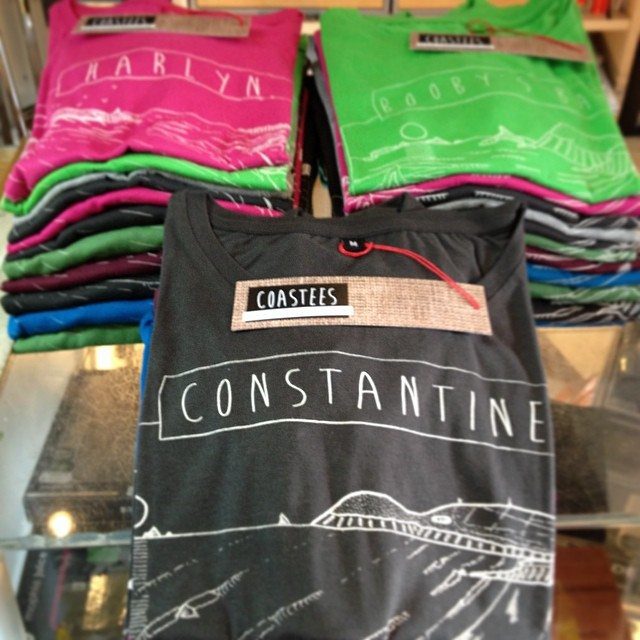 We are a bit lucky to have our very own infinity pool to play in when conditions are like this.
There’s barely a ripple to disturb the pleasantly smooth sea here today, the view huge as you look out to sea.
SUPing, Kayaking, swimming, whatever-ing, this is the place to aim for today.
You won’t get a surf in, or anywhere near it but there are plenty of other things to do!

More gentle conditions are upon us today.
It should be a brighter start to the day but there’s still unlikely to be much in the way of surf, not yet.
We can expect more gentle, gliding, smooth but small, real small surf today – if there’s anything at all!
Timing and patience are likely to be key to finding any rideable surf today!

A calm week is waiting for us as low pressure and high pressure systems drift around the north atlantic a little casually, the highs being a bit low and those lows being a little high. And so it’s all a bit samey, a weak little swell running onto the coastline at the start of the week, the winds light and not helpful to it but prettying those little waves up as they arrive at our beaches.
But there is a much more definite weather system approaching as we go into midweek, a fairly deep low pressure system driving with some purpose across from the west.
It is a long way up to the north but we should still see some residual swell from it maybe even by midweek nevertheless.
Unless you want a trip north of the border? That could be fun, midge heaven but with plenty of decent surf for your troubles?
Until then it looks like the surf is going to be small and weak back here, pretty but borderline rideable as we go into the start of July. But don’t write the week off, we should be enjoying some very pleasant, cleans and sparkling surf by midweek or, if we are only half lucky, even sooner than that!
It could very well end up being a week of two halves, starting out gently but livening up fairly suddenly as we go into the back half!
Have a great week, wherever you are and whatever you’re doing!