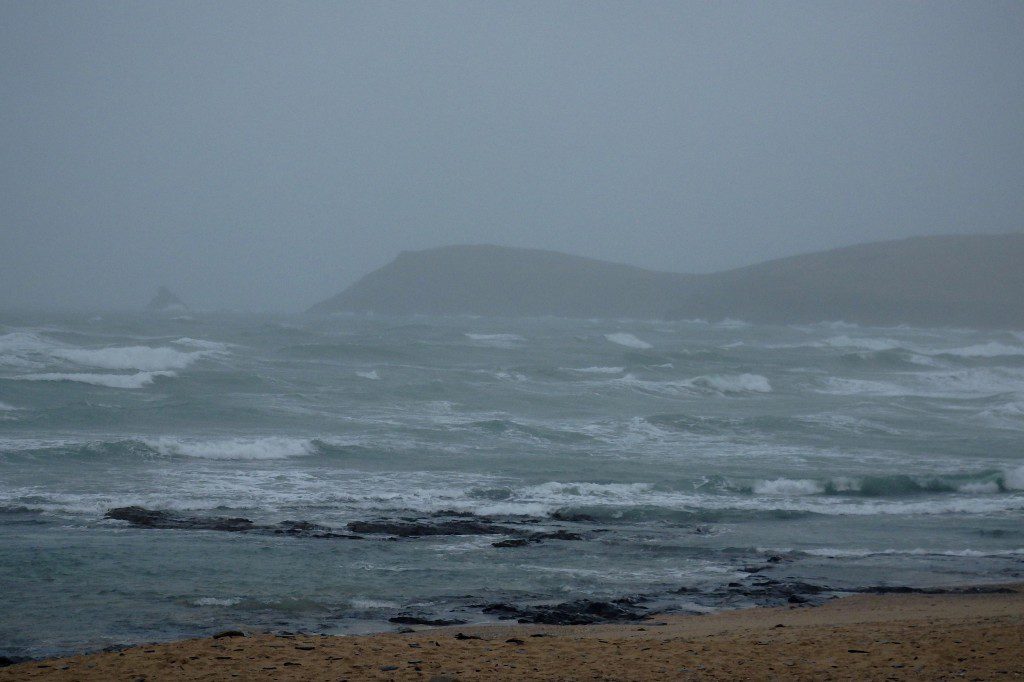 That wind and rain and those dark, dark skies have returned, cold squalls screeching across the bay in a hurry to nowhere.
And so the surf is a blown out mess of chopped up, grey and messy stuff, all directionless and weak looking too.
Nope, here is not the place for a surf today! 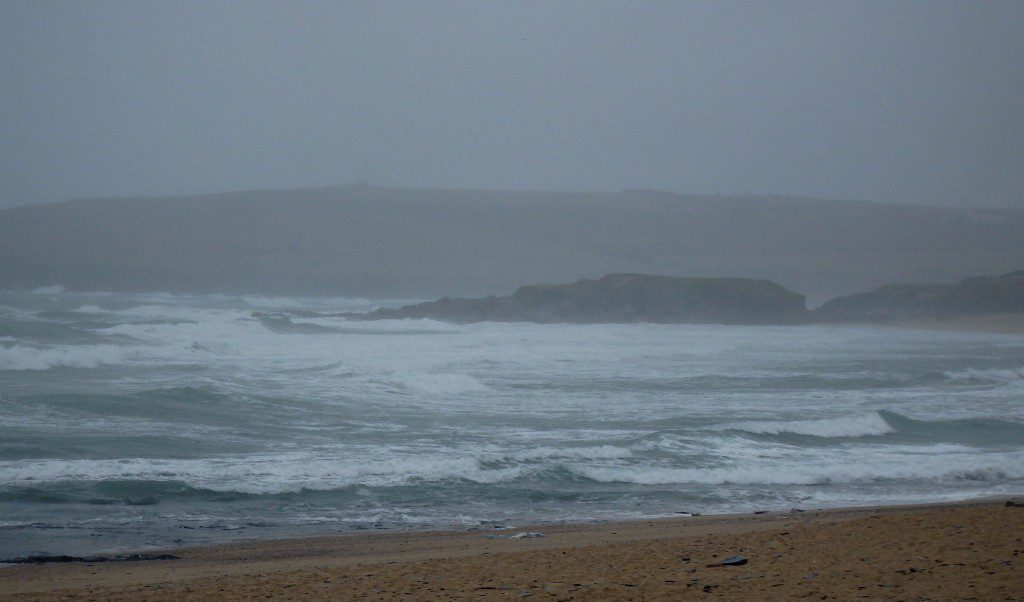 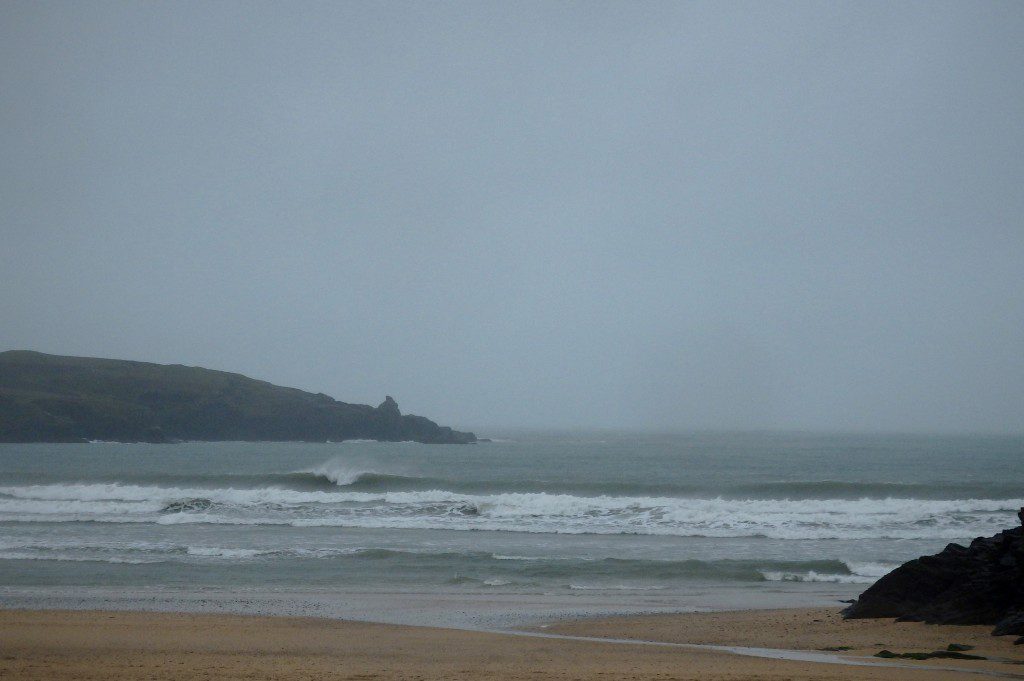 The wind is howling offshore into a foot or two of grey and hesitant looking surf here today, the car park providing a free sandblasting service for that more ’worn’ look.
The wind has probably peaked in strength by now but even so it’s not likely to weaken that much and is probably going to back more westerly too.
So, the surf is small but clean right now and although it should build, the wind is probably not going to be too kind to it as the tide drops out through the day.
Two to three feet and bumpy is probably going to gradually grow into three to four feet and bumpy! 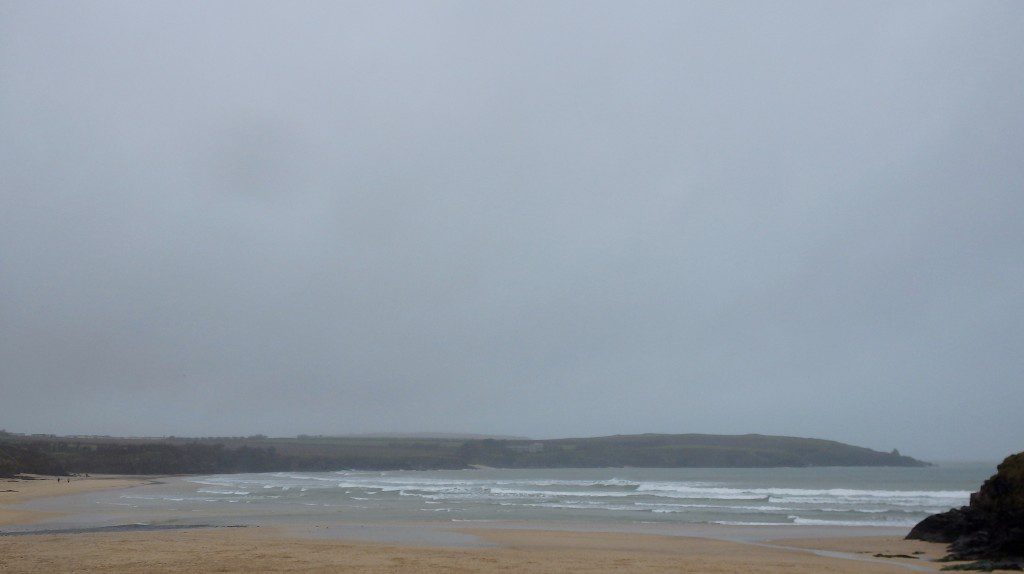 West north westerly winds are likely to be chopping and slopping a quite big and building swell today.
Six to eight feet of thick and lumpy swell should be rolling our way but ruined by that blasting onshore wind. Throw in some squally power showers and it’s not looking like the best day of the year to head for the beach!
The south coast could be a whole other experience though!

Onshore winds will be returning to start this week, a fresh south westerly strengthening into a sandblasting westerly through Tuesday before hitting north westerly for midweek.
So we might get some small but clean and fun surf at Harlyn to start the week but make the most of that, it won’t be long before it starts to get bumpy and lumpy there before sending us off in search of cleaner stuff on the far coast by midweek.
And the size of the surf will increase with the wind as well, starting out real small but super clean on Monday morning but gradually increasing through the day, getting bigger for Tuesday and then really big for midweek.
Yep, March looks like it’s going to start out all blustery and damp and chilly too!
Have a great week, wherever you are and whatever you’re doing!