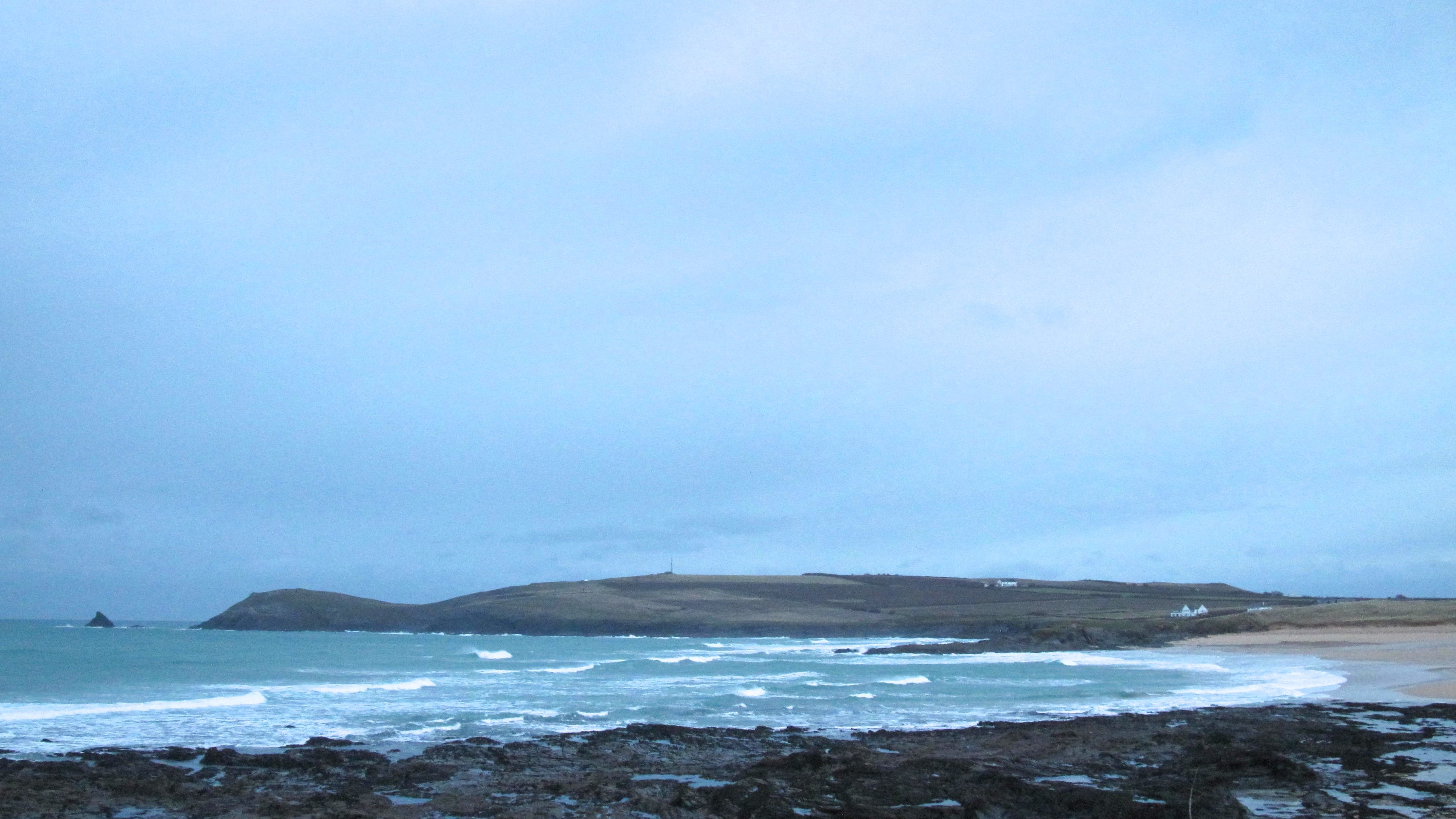 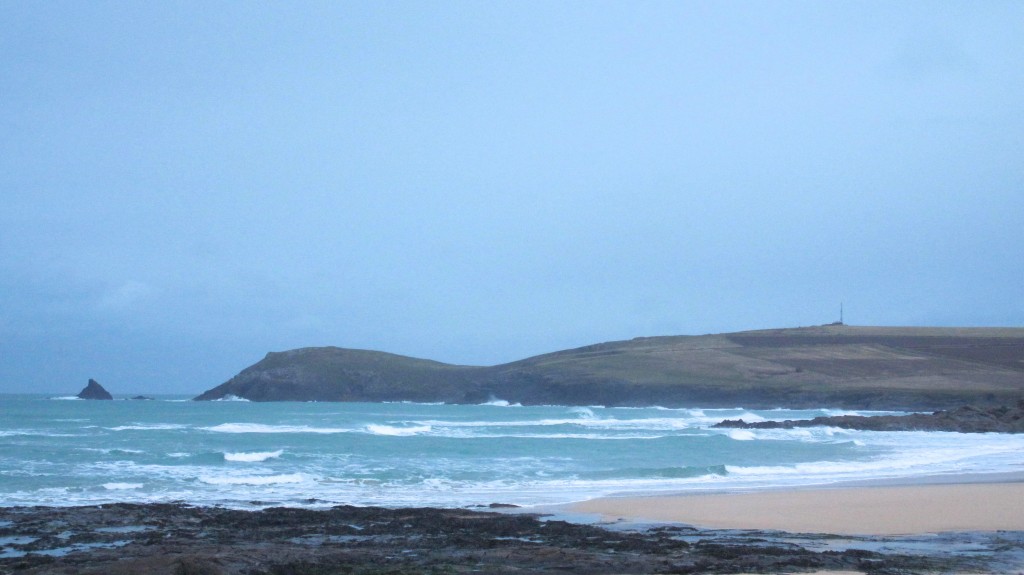 There’s more wind sweeping across us this morning than was expected, a brisk south easterly is strong enough to blow the tops off those three foot waves, a frisky offshore turning the wide open beaches into a series of peaks.
There’s a lot of grey in the sky this morning as well, making for a chilly, biting kind of day but with okay, offshore hollow waves to ride.
The swell is likely to steadily build throughout the day but you just know that the wind is likely to slide around to the south, then the south west and ultimately the north west. So I would think that we might be surfing those snappy and quite hollow little peaks this side through the morning but maybe trundling across the headland to surf Harlyn by this afternoon.
Well, it is nice to have some variety though, isn’t it! 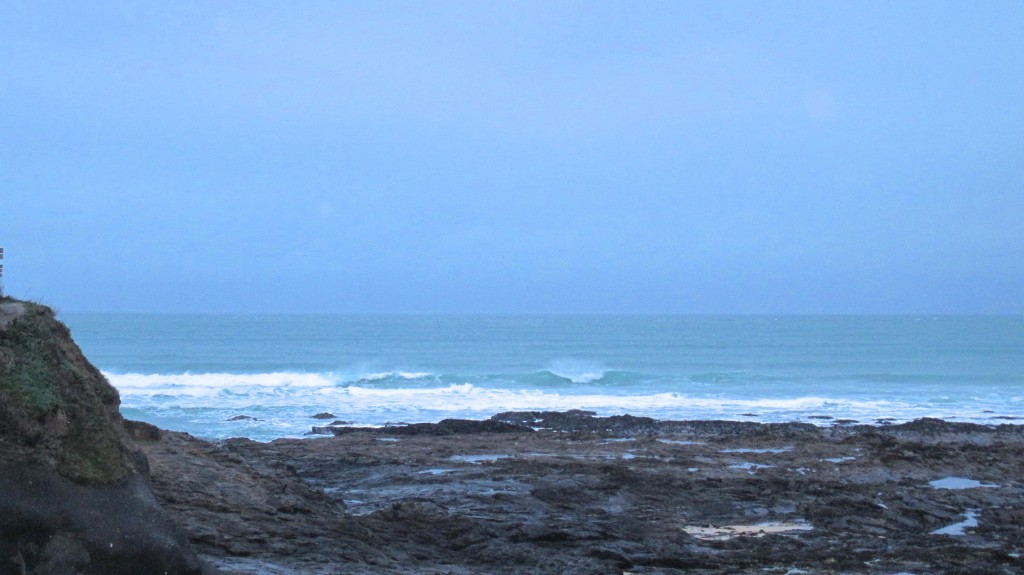 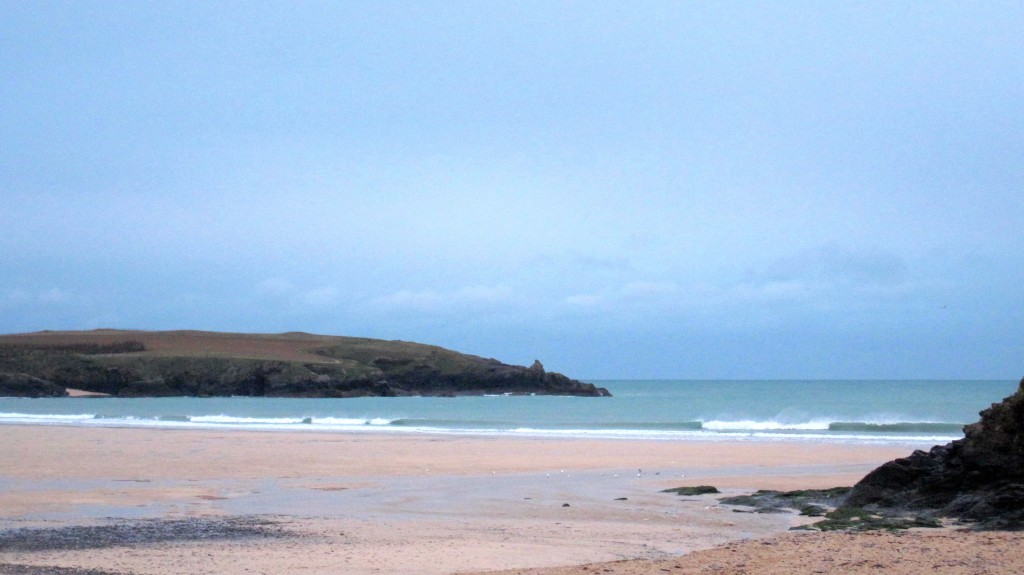 There are some real small and snappy little waves cracking ashore this morning, a foot of fast moving watery walls or maybe just a bit bigger every now and then.
The forecasts might just be indicating that things could improve around here as we go through the afternoon but betore that and while it is so small here, the other side is showing some fun and very rippable peaks.
So the morning at Booby’s, the afternoon at Harlyn? Sounds like a plan! 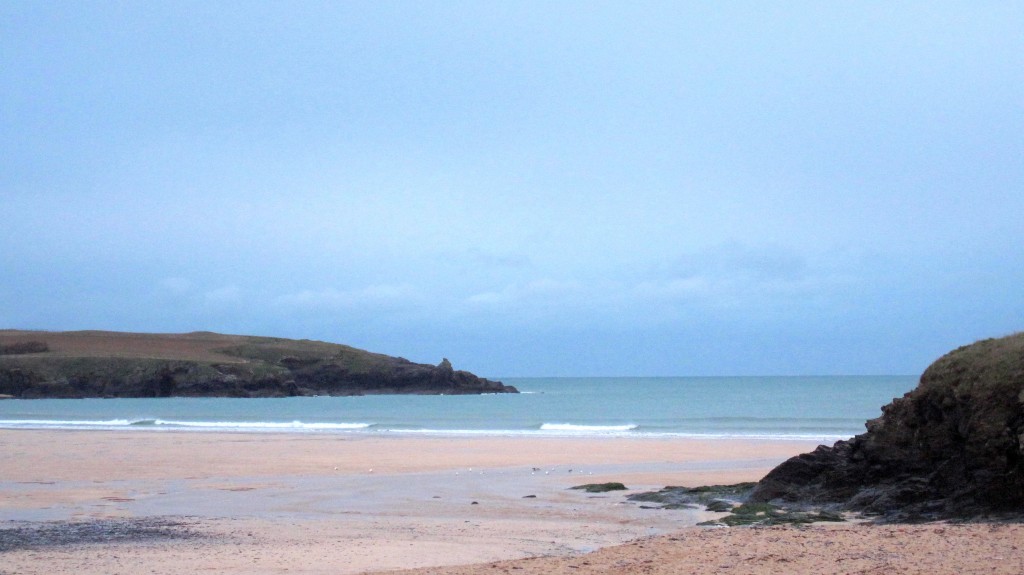 That wind is likely to be blowing hard again this morning, an annoying north westerly again, clawing at those waves and slapping that swell, stirring up a mixed up mess of mushy surf all the way along this coast.
Plans have already been hatched for trips south, maps and compass showing those rare surfed breaks that could just be going off.
But it is likely to be just big and messy and insurable on this coast today.

More deep lows continue to track across the northern atlantic, spiralling above us and spinning loads of swells across the seas.
And so it’s just a case of finding somewhere that will receive those swells while protecting the shapes of those breaking waves.
This week those lows are much further away tracking way up to the north, at least allowing some calmer conditions locally, the wind staying lighter than it has been for a good few weeks and hopefully slipping offshore too!
So, three to four feet of thick surf should start the week, the wind lightening to a breeze, both the swell and the wind increasing into Tuesday with big swells expected through midweek.
It looks like another week where the mobile adventurers might score by cruising back and fore between the south coast and those north coast sheltered breaks.
Have a great week, wherever you are and whatever you’re doing!