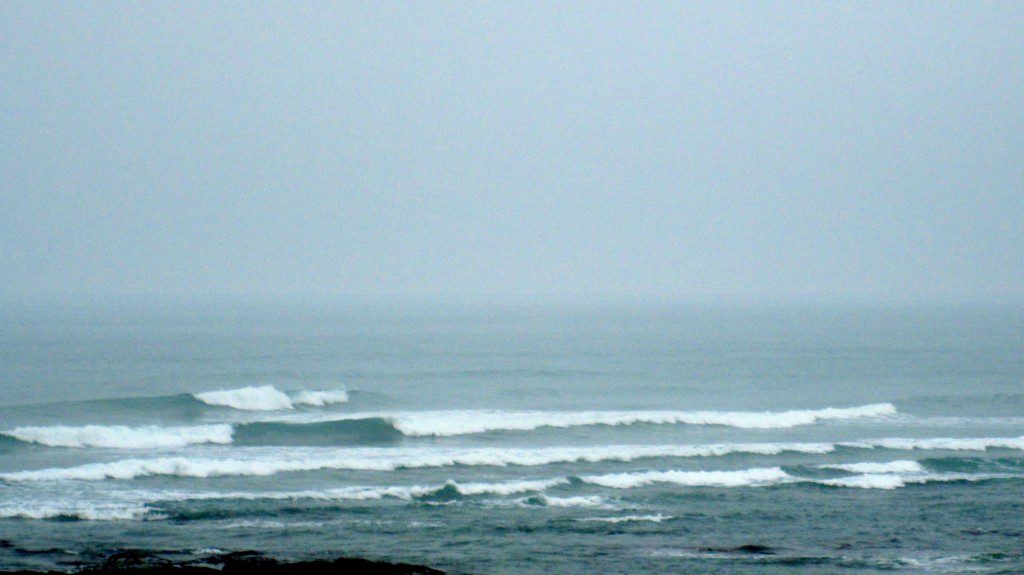 It’s a hazy one this morning, that bright summer type of haze making for a still and comforting kind of morning, all bright in amongst it but the blanket of mist buffering that brightness.
And there’s surf too!
Three feet or so of glassy and quite lazy looking waves are rolling ashore right now with the tide at just about its worst stage, one third in and just between banks.
It’s not quite as special as list night was, those reeling, peeling and (relatively) hollow and glassy waves were pretty magical last night but it should be really good fun in an hour or so, just before high tide. As long as the wind doesn’t build or swing too far onshore!
But there’s no fear of that just yet. It is all remarkably still and settled so far and warm too! And I wouldn’t be surprised to see the sun burn itself through soon enough.
Yep, we should be in for a pleasant enough day’s surf again today! 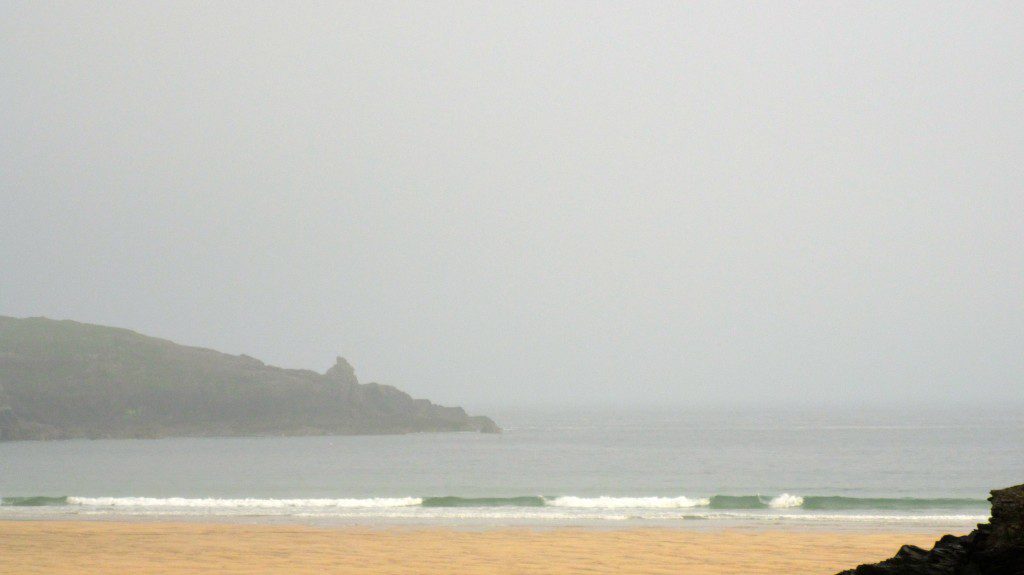 No, it’s flat around here again today, all calm, glassy, tranquil and tempting for a paddle but with no surf at all.
It looks like there’s a bit of a film thing happening here today as well, with a catering unit setting up in the corner. Don’t know what that’s about but I’m sure the grapevine will rattle soon enough.
Anyway, it’s flat here so you’ll have to skip across the headland if you want a surf!

Surf Forecast for Wednesday 21st May 2014

Clean and offshore conditions are returning today, it’s just a bit of a shame that the surf is likely to have weakened right off. We are going to be lucky to see a foot or two of surf by the morning. But what we do get should be that clean and organised, glassy and peeling kind of stuff. Longboard heaven for those who love the small wave glide!
The groms might get frisky though!

We are probably going to see a lazy start to this week, more haze and dullness just for a day or two, although we could just get lucky and see the worst of that stuff in banks of cloud around us but not over us. The surf looks as though it has already settled into that summer rhythm of a couple of feet or so of steady, cruisy kind of waves. If you have the time to be on it and are checking the surf regularly, you should find yourself some great, fun sessions, otherwise it’s going to be pot luck. For those in the know, HTC is always favourite when the wind is light and the waves are small. Otherwise it is just going to be a case of keeping your eyes on it and grabbing those moments when those little swells hit the shallower breaks in the right way. By midweek it is likely to be brighter and shinier but with the surf getting into the really small range. So, a week of summer conditions lies ahead, the surf in the small but fun size range, the weather maybe a bit dull to start with but brightening up soon enough. Have a great week, wherever you are and whatever you’re doing!