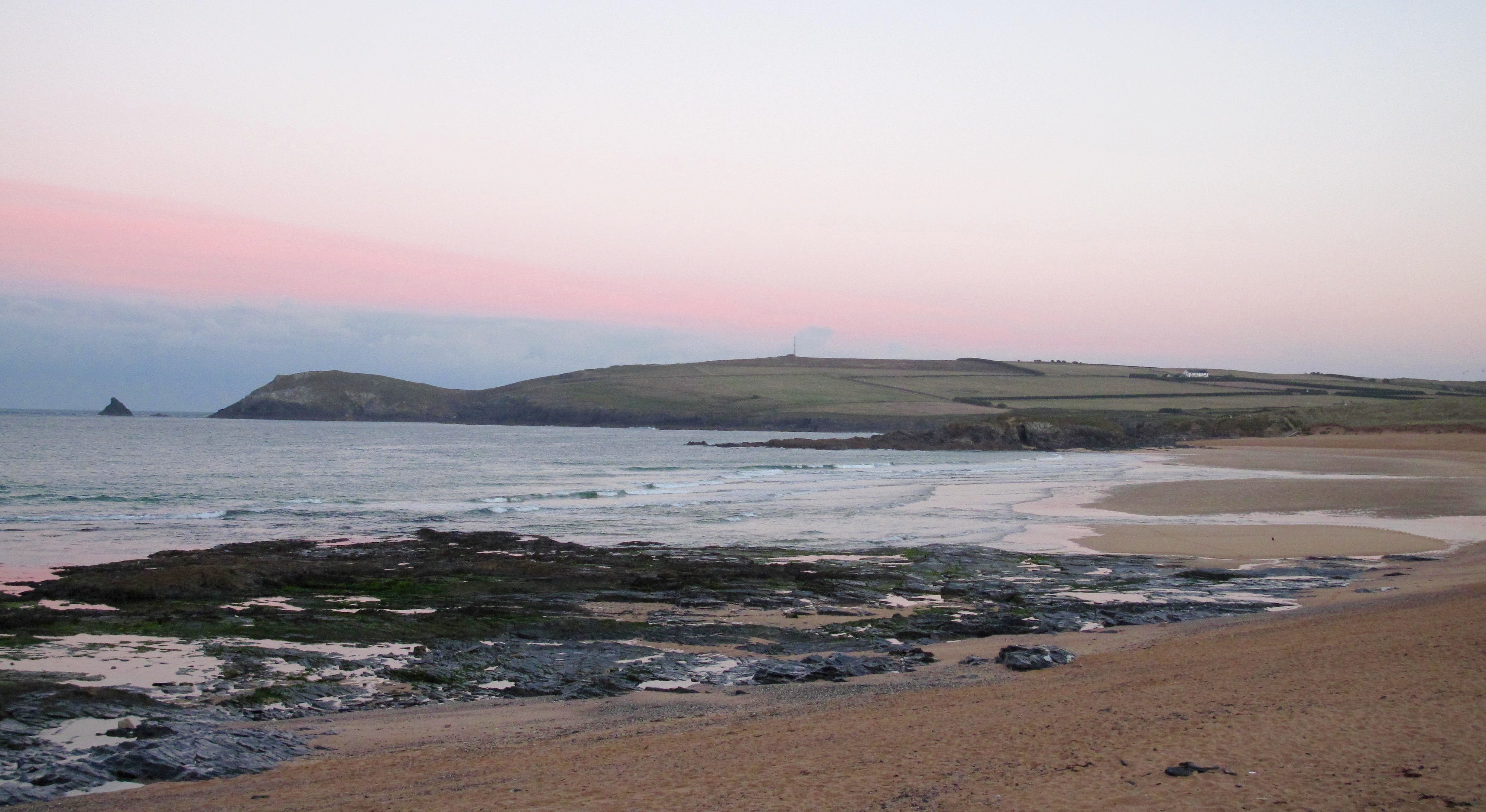 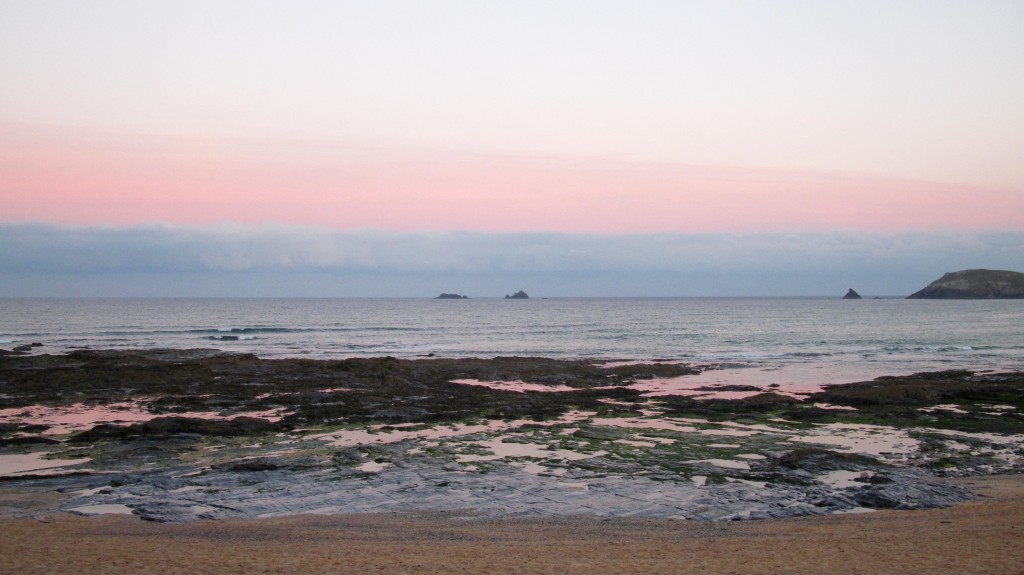 Another beautiful day is spreading its brightness along the north cornwall coast this morning with rose dappled clouds drifting casually across a sky of blue.
The surf is small, a foot at most and it is just a little ruffled with that northerly breeze (brrr!) gently drifting across the bay.
Give it an hour or two and we could see some longboard peaks to glide across but that’s about as much as we can hope for again today! 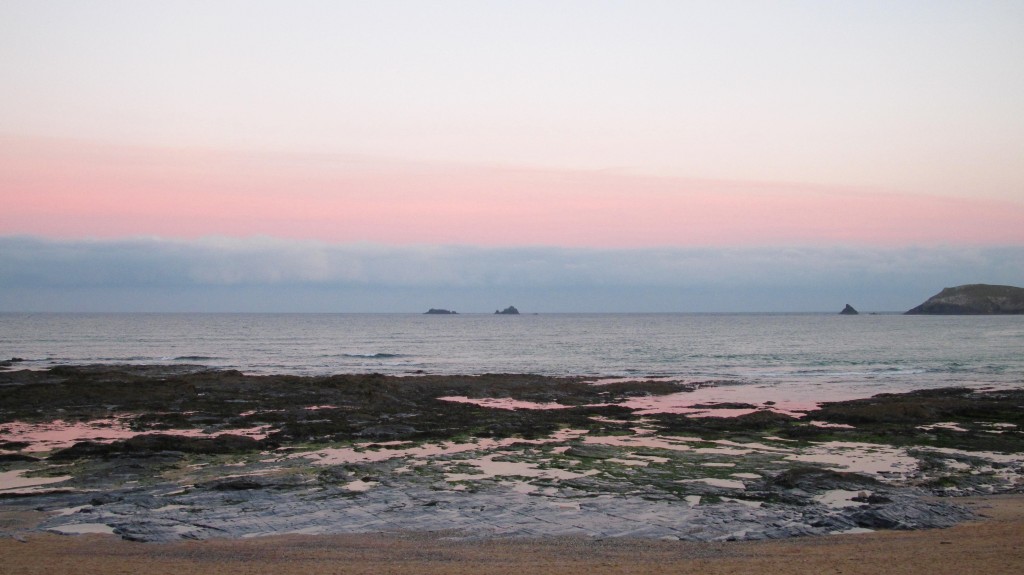 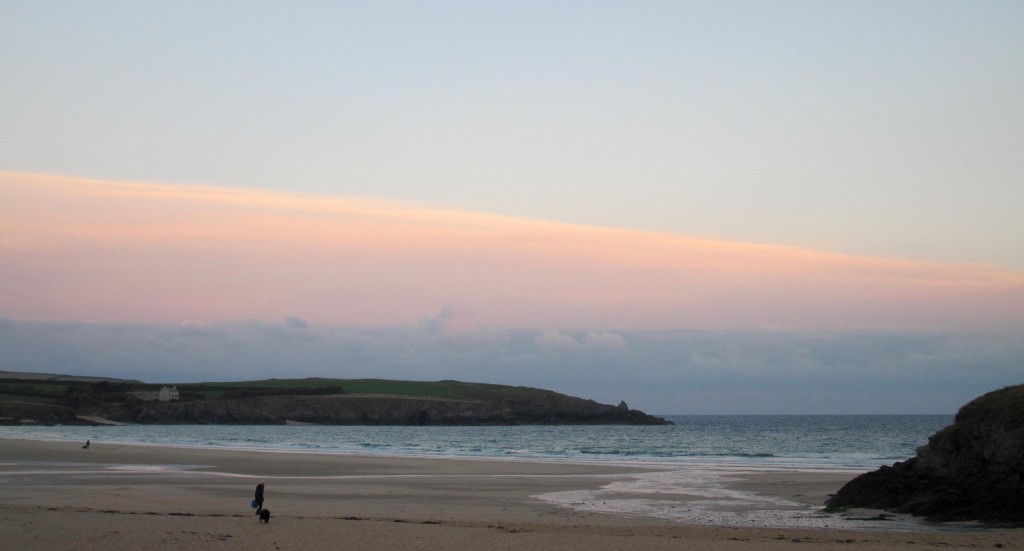 It’s flat agin here today.
Ruffled ripples are splashing ashore but there are no waves to ride.
It looks like another day for paddling here today! 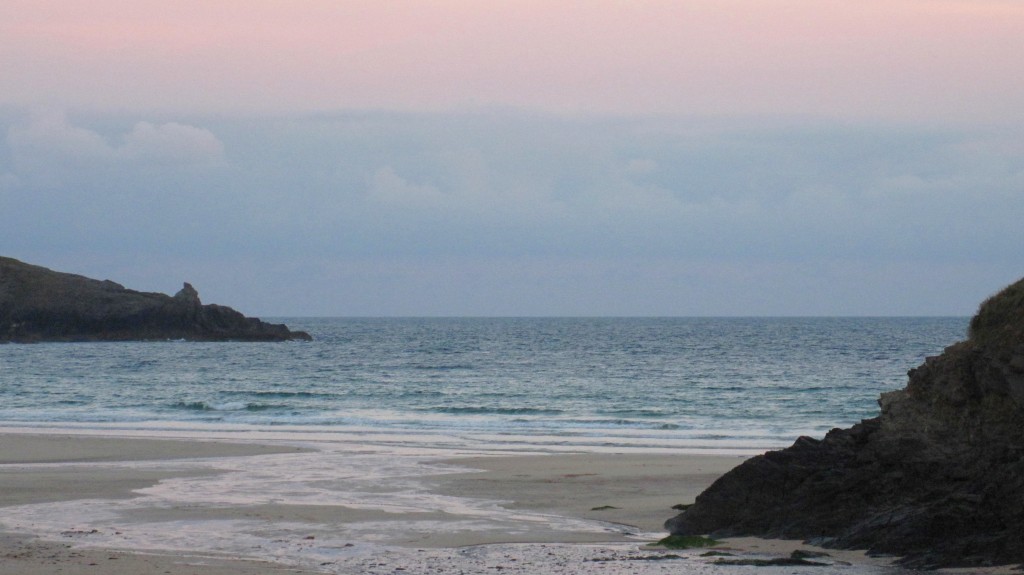 We should see some waves today!
Only small, one to hopefully two feet of surf should be pushing through but you know what’s coming! Yes, that wind will have changed direction.
A westerly wind is likely to be pushing that short wave-period, close-fetch little windswell our way. But at least there should be aves to ride, even if they are a little small and a little bumpy!
The weather is likely to be bit damper too!

That fabulous run of settled and calm conditions is drawing to a close (yep, just as the schools hit the half term holiday period!) as mixed weather fronts get ready to roll across the country.
The weather systems themselves should sweep by to the north but the winds and swells are likely to swing into our bays, with the odd shower and breeze too of course!
So by midweek we are likely to be seeing a building windswell with close together waves junking onto the surf breaks.
As we go into Thursday and Friday though, that wave period should lengthen as some proper autumn atlantic swells start to push our way.
North westerly winds are likely to be blowing through Thursday, hopefully staying light enough throughout the day as the swell builds. By evening we should be seeing some fairly big and lumpy waves rolling through getting into the four or five feet range and being way more solid than it looks.
By Friday the wind should have backed to the south west, allowing those thick and heavy waves to majestically unfold themselves into Harlyn, all thick and hollow and getting into the ‘big’ range.
And that swell, although dropping by the weekend should roll all the way through, building again for the start of the week.
So, a quiet week turns into a grinding weekend full of sand drenched and thumping waves!
It could be good for periods, so keep your eye on it, especially Harlyn!
Have a great week, wherever you are and whatever you’re doing!