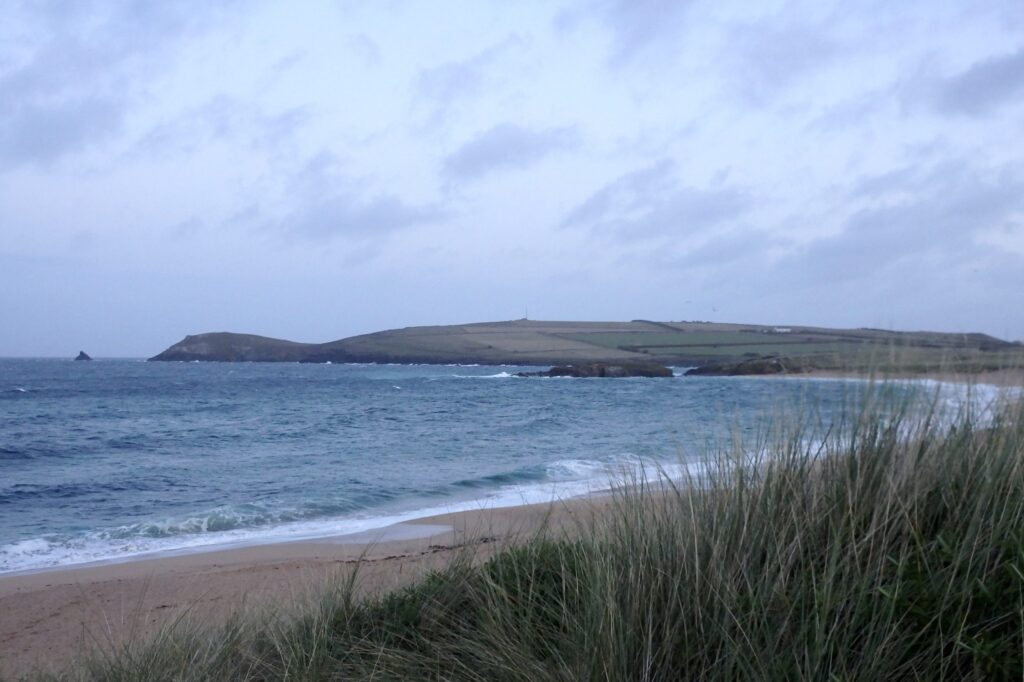 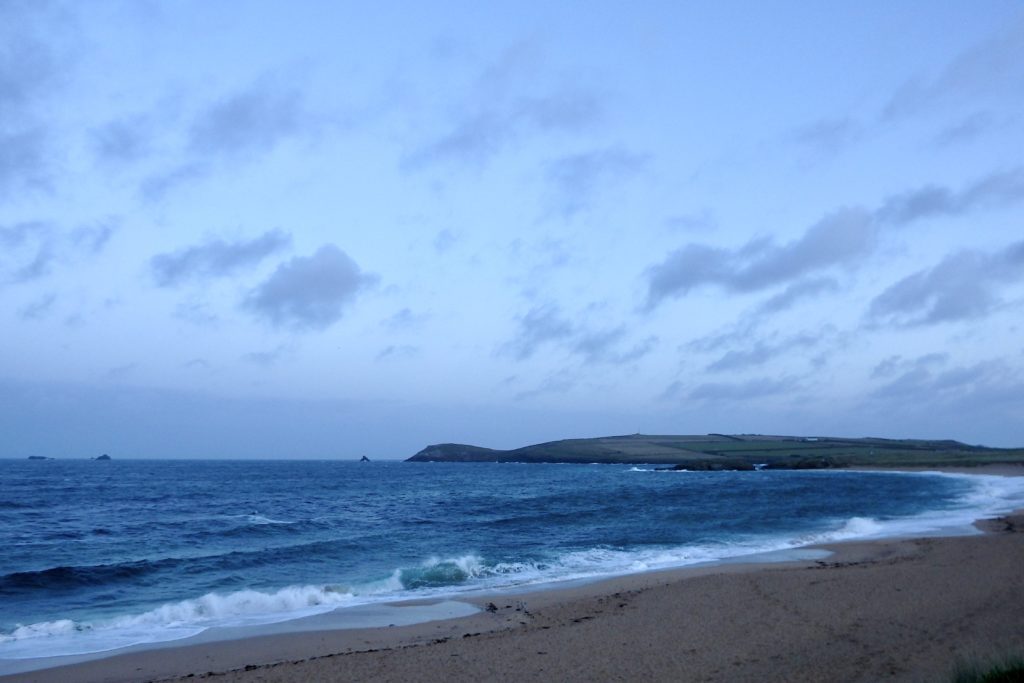 The wind is shrieking across the bay once more but today it’s blowing from the South, a much milder and somehow more comfortable direction. And after last night’s rain the sky is clear and bright and a very pleasant shade of blue.
That wind is not doing much for the surf, barely a couple of feet or so of warped and ribbed, lumpy little waves are jumping onto the high tide shorebreak right now.
But give it only a few hours and that should be entirely different.
It’s going to get big out there, if only for an hour or two! 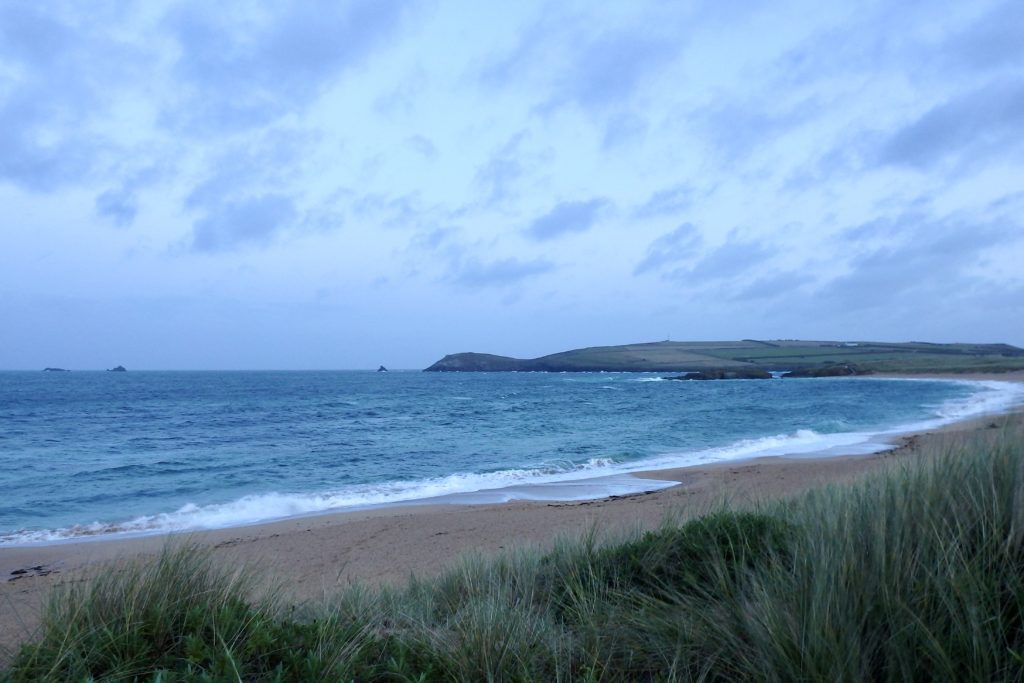 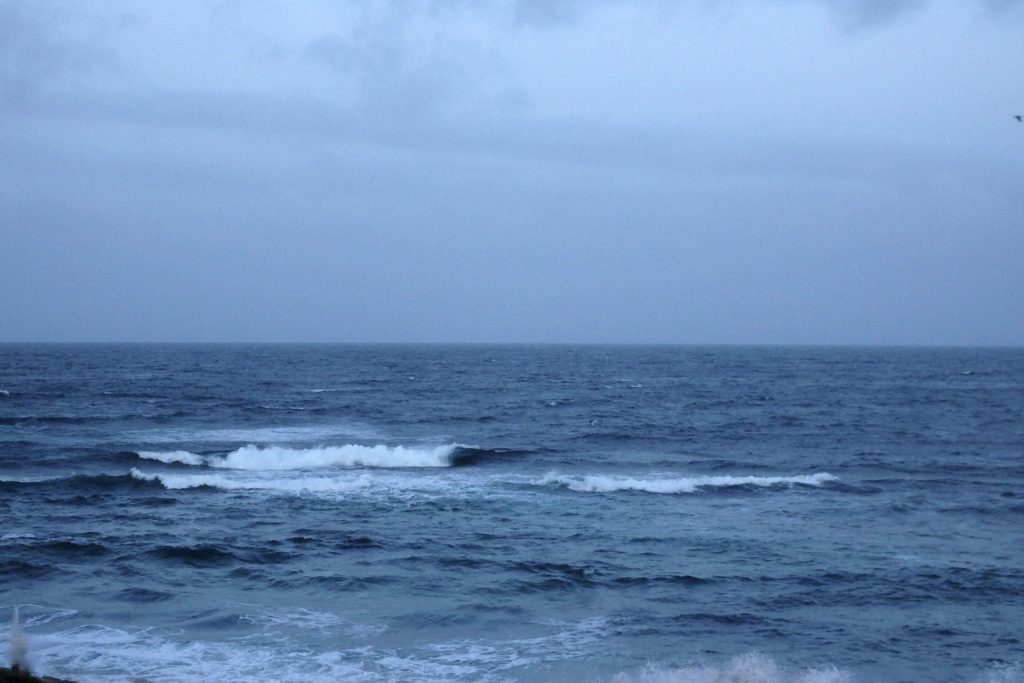 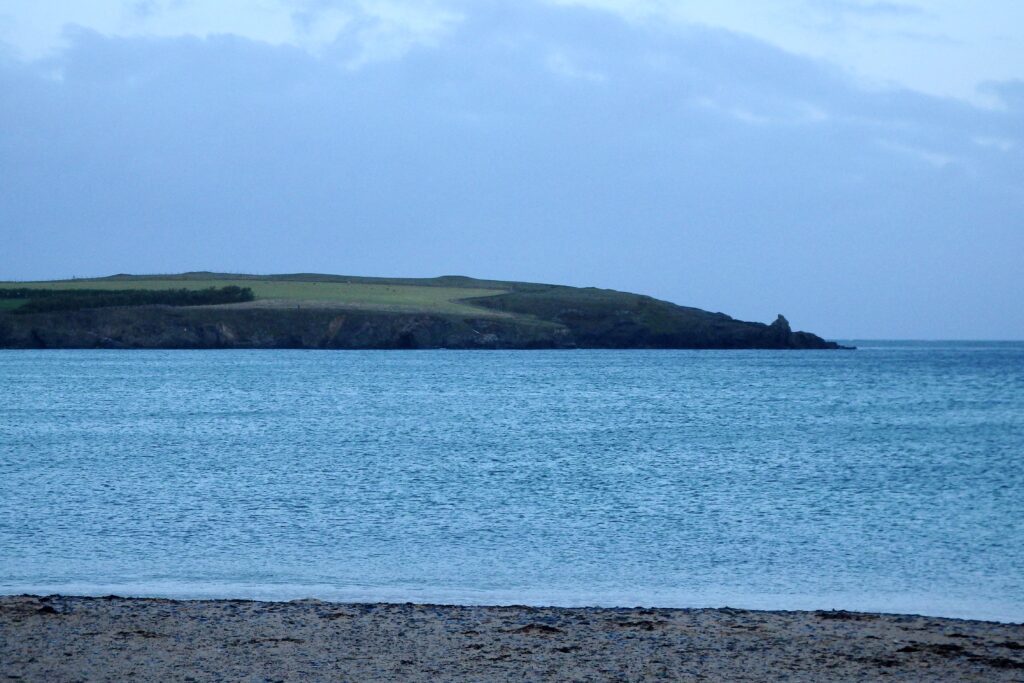 The Harlyn Bay swimming pool is smooth and flat and inviting again this morning with barely a ripple to be seen.
The wind is rattling offshore from the south, a milder and more pleasant direction than we have endured recently.
Make the most of it though, there’s a blow on its way and those waves are going to start showing themselves in a minute! We’re in for some big surf soon! It won’t last long but there should be some big lumps washing through. 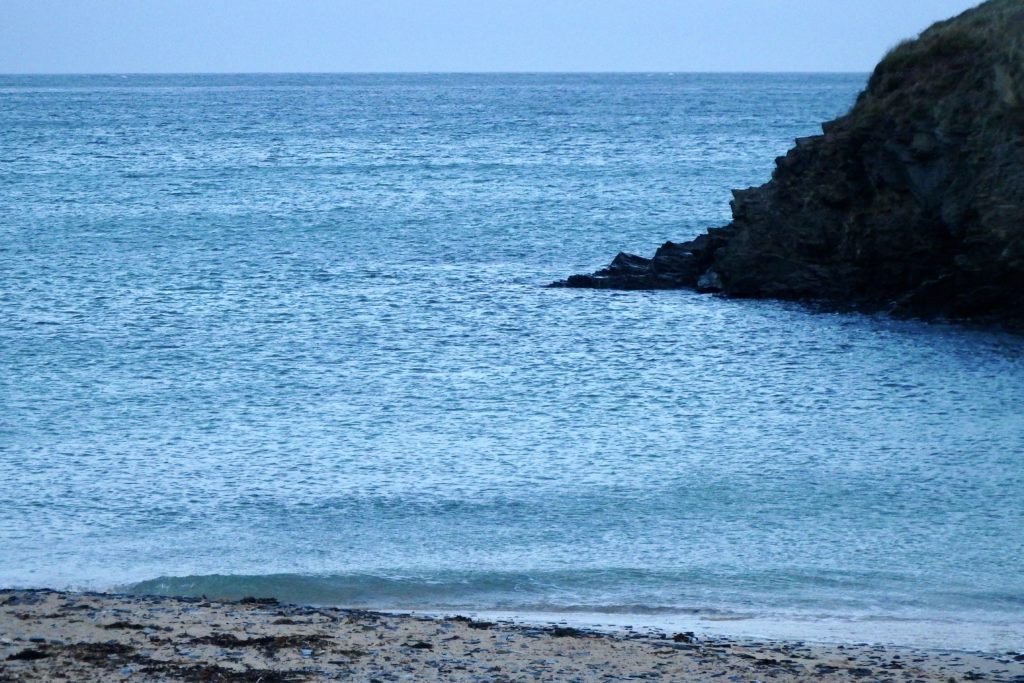 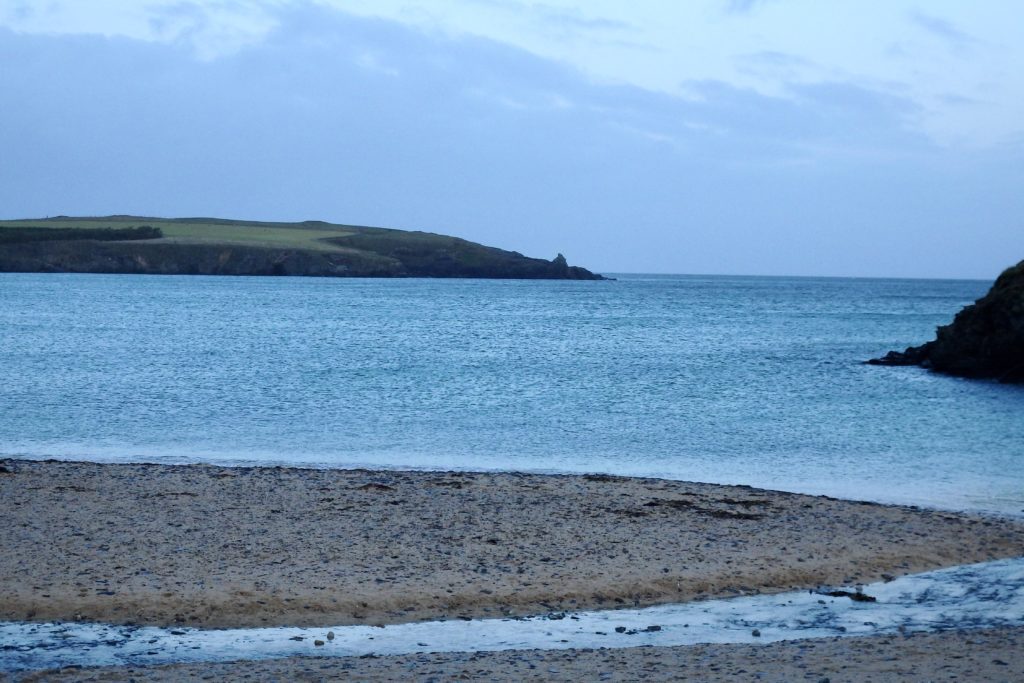 Don’t expect yesterday’s short lived and sudden swell to last too far into today. Even though the wind will be pushing in from the south west the surf is only likely to be in the three to four foot range, producing a couple to three feet of clean and snappy surf over at Harlyn.

A mixed up week of surf and weather is about to keep us on our toes this week!
Starting out with a keen south south easterly breeze fussing its way offshore through Monday, low pressure will soon edge over us to produce some screeching onshores, a hard blowing sou’ westerly whooping up some big waves well into midweek.
But it won’t be long before that wind calms and eases its way to that cold northerly direction, the surf dropping in size by the minute, more onshores pushing bigger swells at us for the weekend.
So, Monday should show us a gloomy couple of feet of prettily shaped surf, the offshore wind maybe strengthening a little too much as the day goes on and the sun makes a reluctant appearance.
The wind will soon strengthen again as it backs to the south west pushing big lumps of winter swell our way, Harlyn waking from its short slumber to produce some lumping barrels.
There should be some bright enough stretches this week but it is going to be windy and there are going to be a few downpours to dodge while hunting down the best waves that a more wintery North Atlantic has to offer.
Stay safe, stay happy, stay well and have a great week, wherever you are and whatever you’re doing!