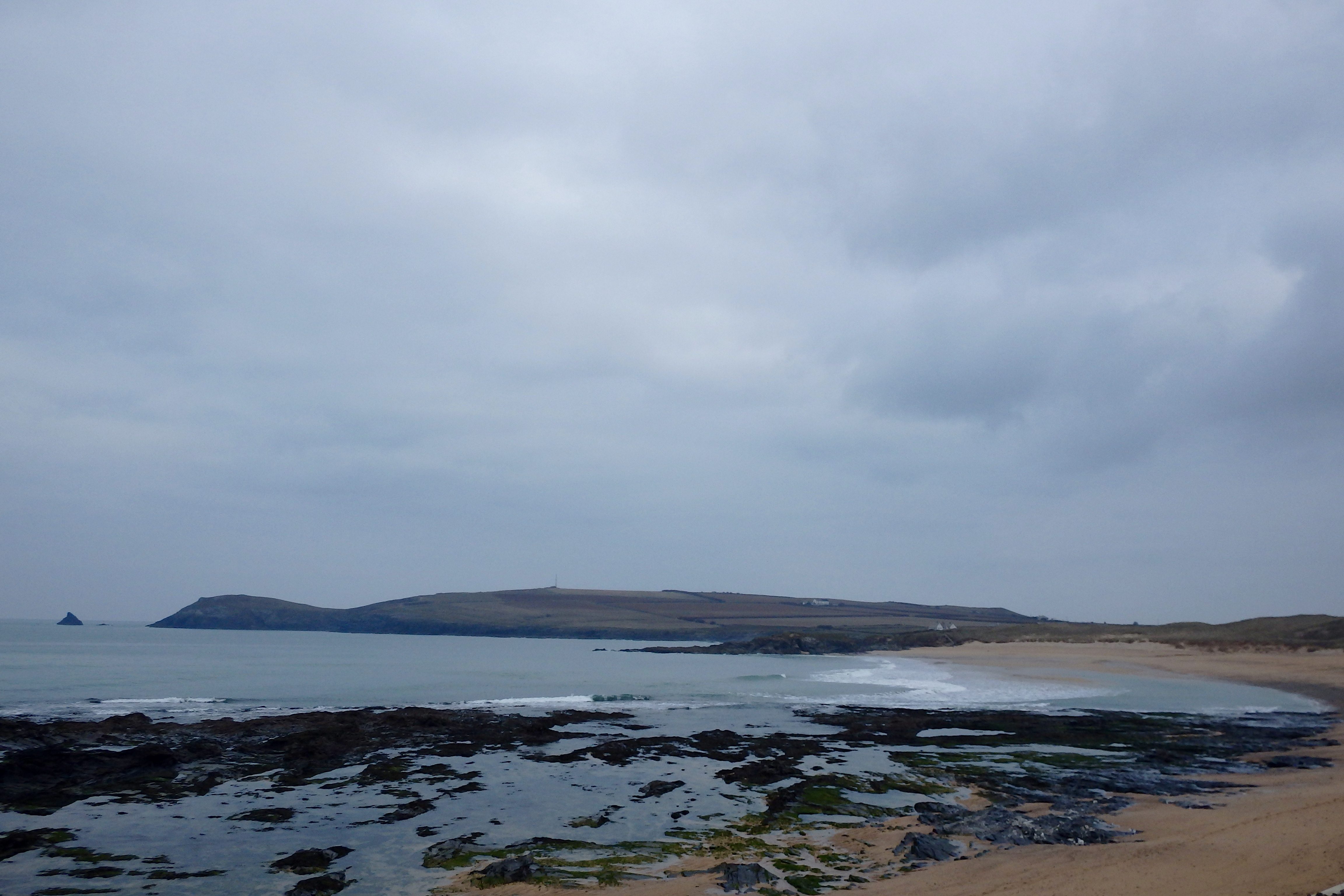 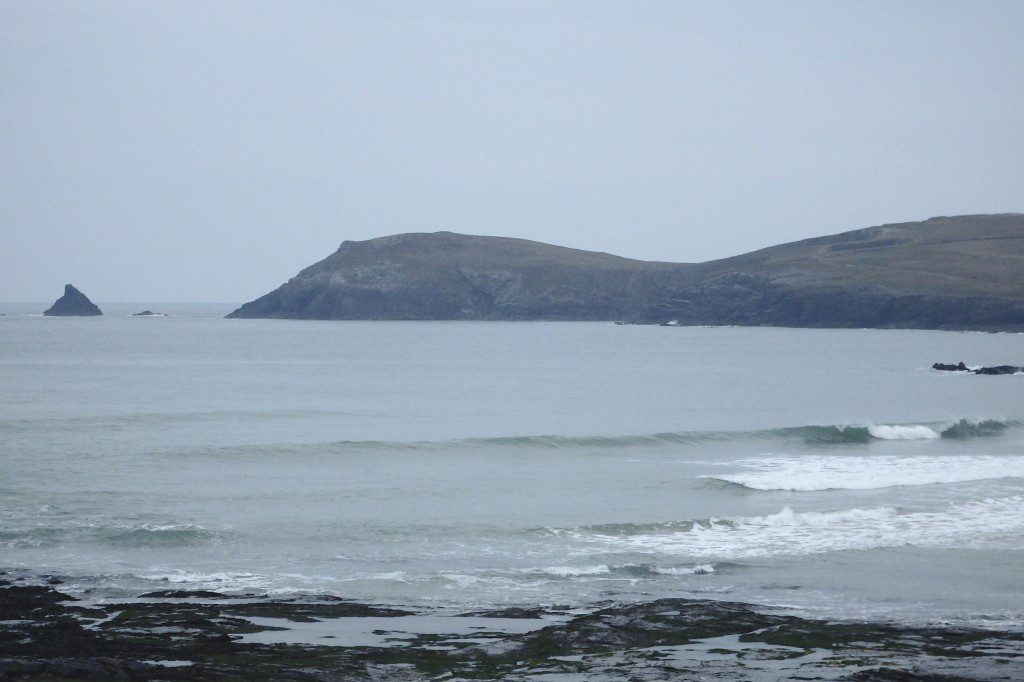 That blanket of grey has returned this morning but otherwise it is a still and calm, gentle kind of start to the day.
The surf is still small, bigger than yesterday and more defined but no more than a foot or two. The air is so still though that those curling little waves are like sheet glass, with an oil smooth surface of the sea winding into peeling little waves.
The wave-period has opened out from yesterday too, with big gaps between those little waves and a long wait between sets of waves.
So we might just be seeing the start of a new little swell!
Either way, it should all be a bit bigger on this afternoon’s incoming tide when we can expect to enjoy some small wave gliding perfection! 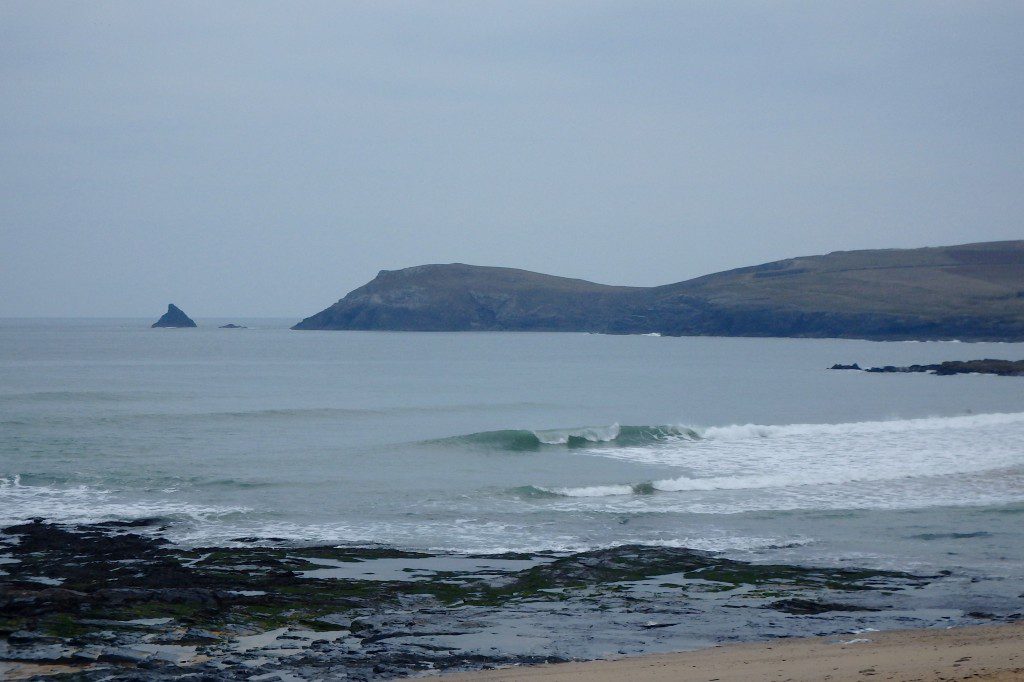 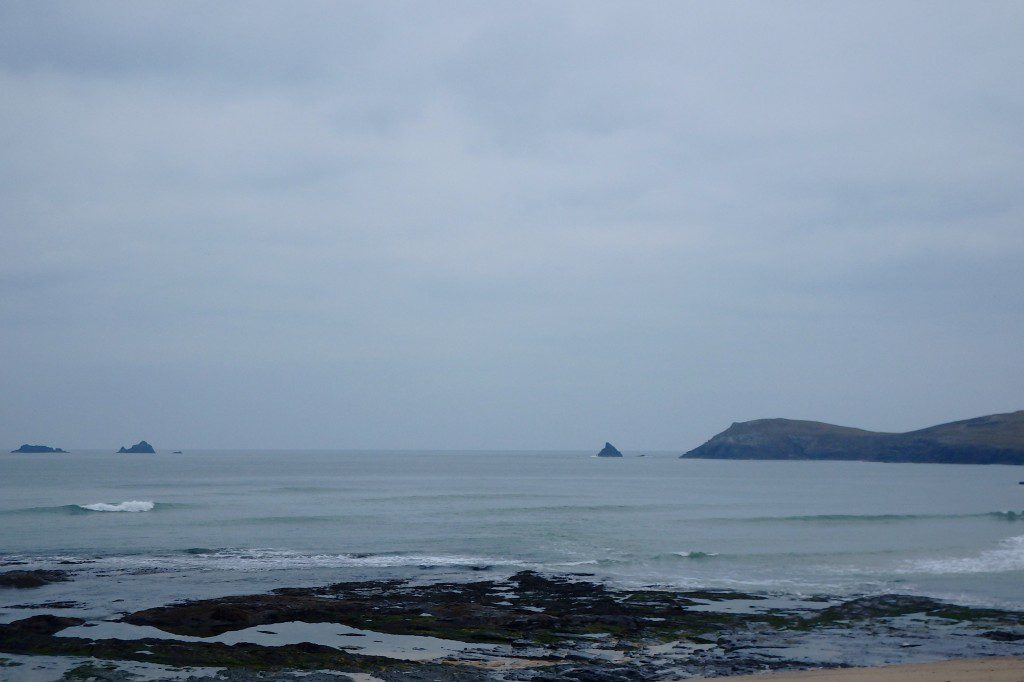 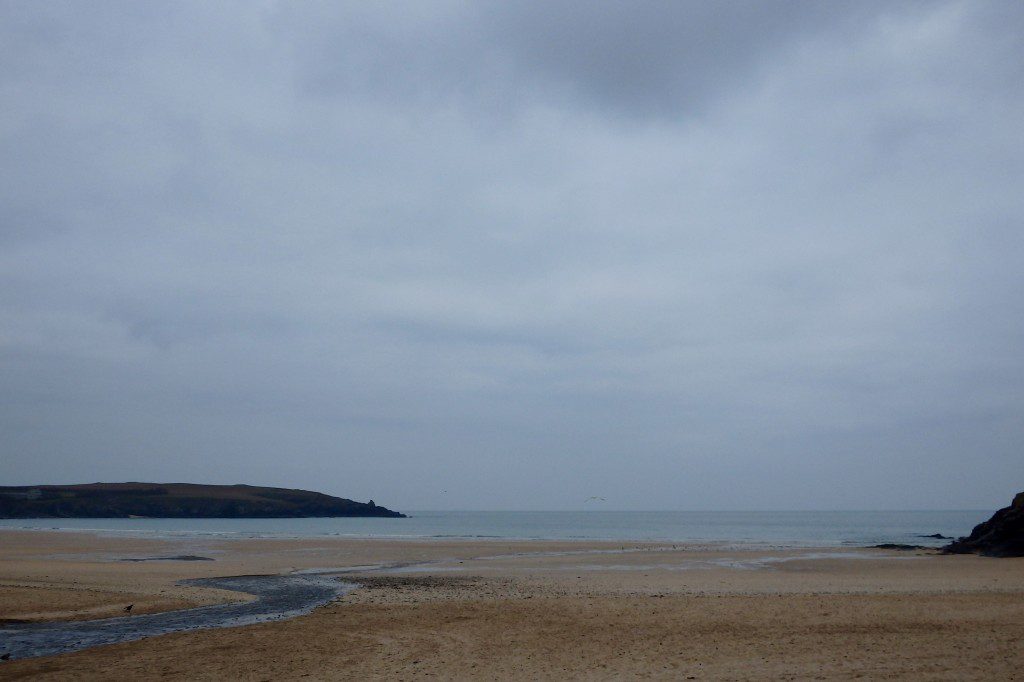 It is absolutely flat at Harlyn this morning.  A seaglass smoothness of oilly glass stretching to the horizon but with no waves in sight anywhere! 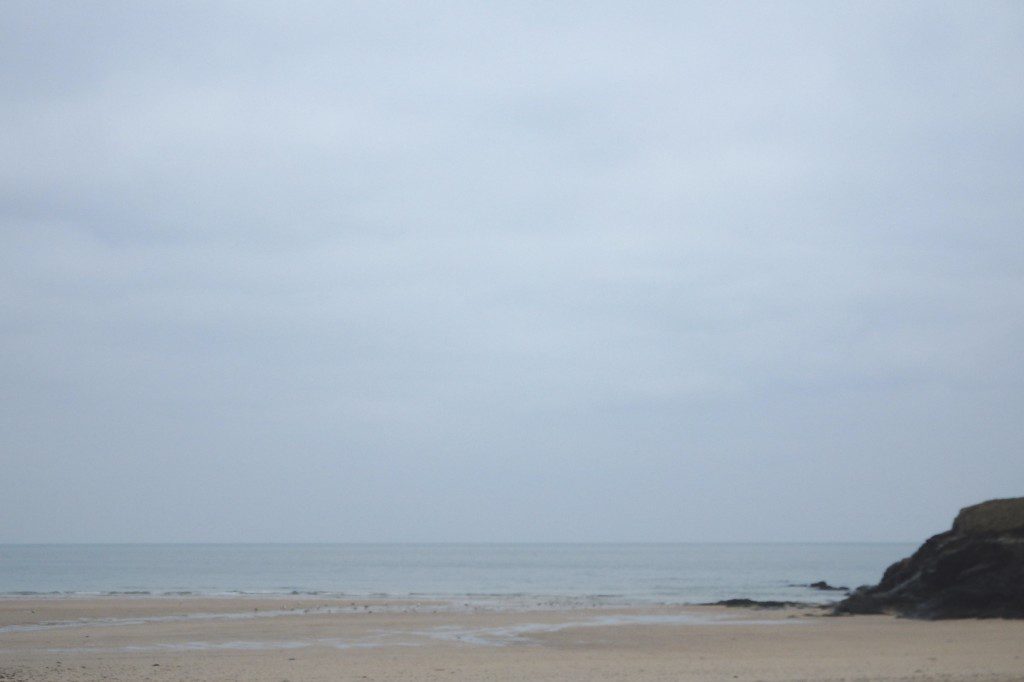 Light onshore breezes, mainly drifting in from the north and north west are going to be the main change to start this coming week.
With only very small waves washing our way we are going to be lucky to find much more than knee to hip high and sloppy little waves to glide along on.
The weather should start the week fabulously with loads of bright sunshine and only light, light breezes. But make the most of it, there’s a low pressure system aiming our way for the back half of the week!
By midweek we should be seeing a more westerly wind direction which will push in some more swell, getting much bigger by the end of the week and, of course some breezier and damper weather for the weekend too!
But to start out we are going to have to content ourselves with a foot or two of lightly onshore ruffled little surf to ride!
Have a great week, wherever you are and whatever you’re doing!