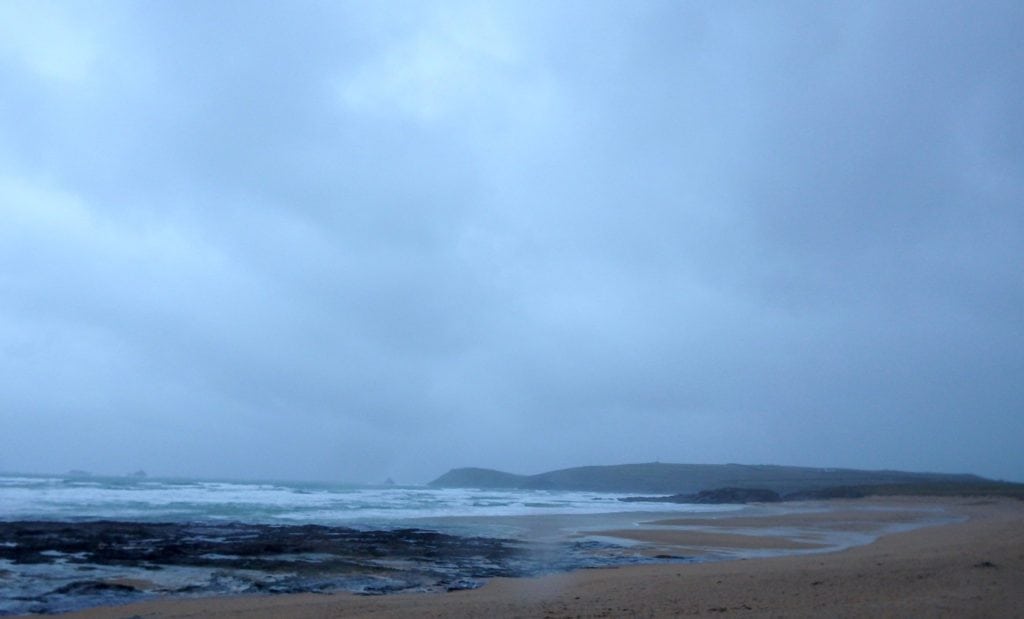 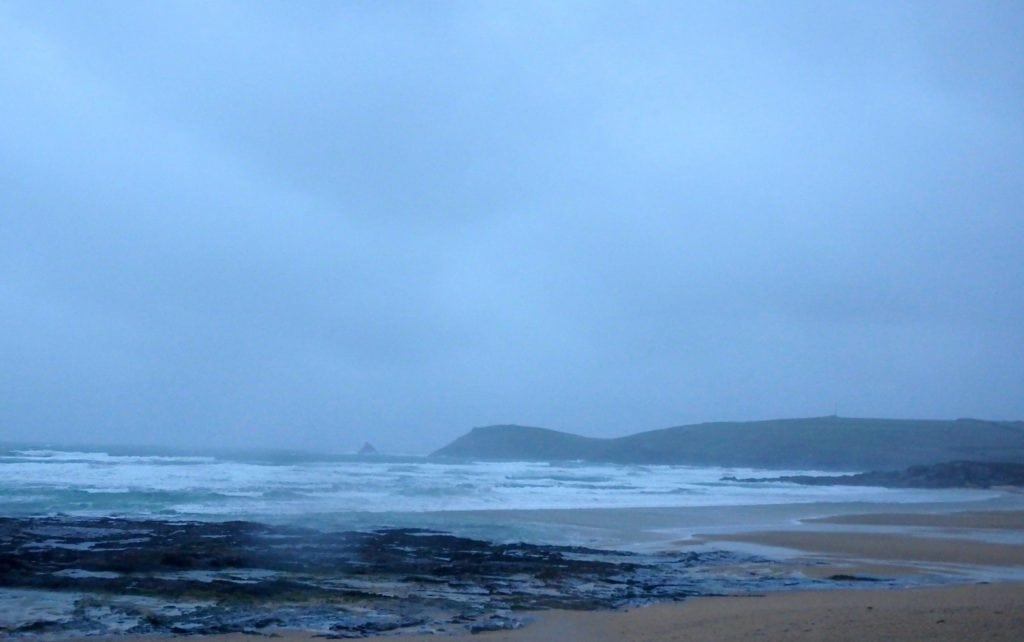 Eeeek! It’s still screeching and howling out there this morning!
Stormy winds and wet, wet squalls are blasting across the bay, the hedgerows limbo dancing beneath the downpours while the thunderous surf throws tantrums on the headlands.
There are some biggish waves out there but it is a messed up sea of chaos, all tossed and turned by those sandblasting winds.
South coast surfari again, anyone? 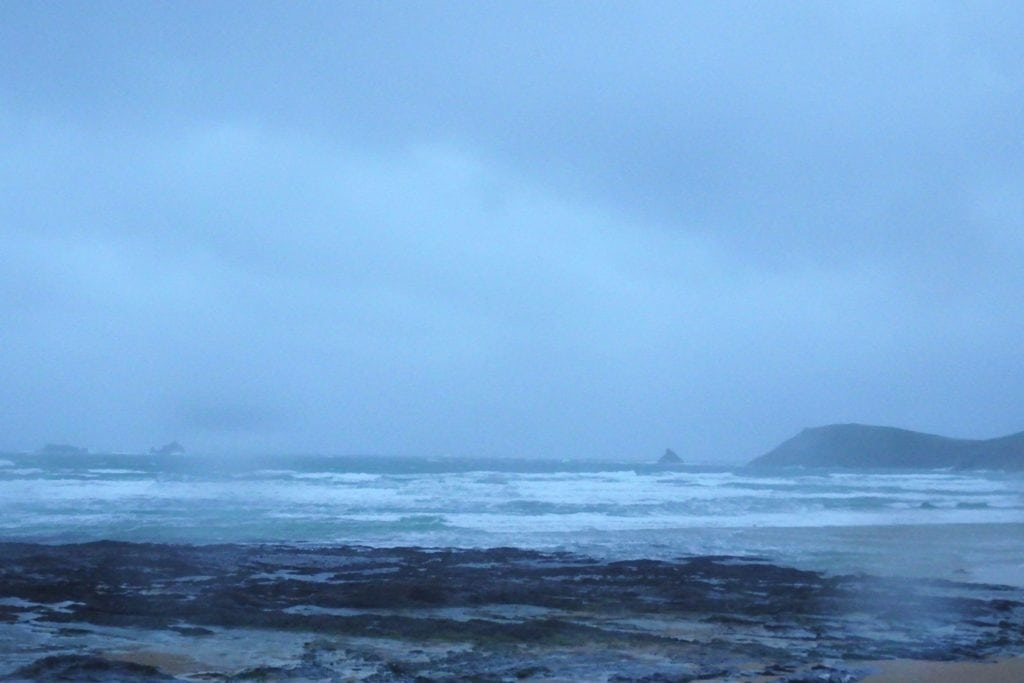 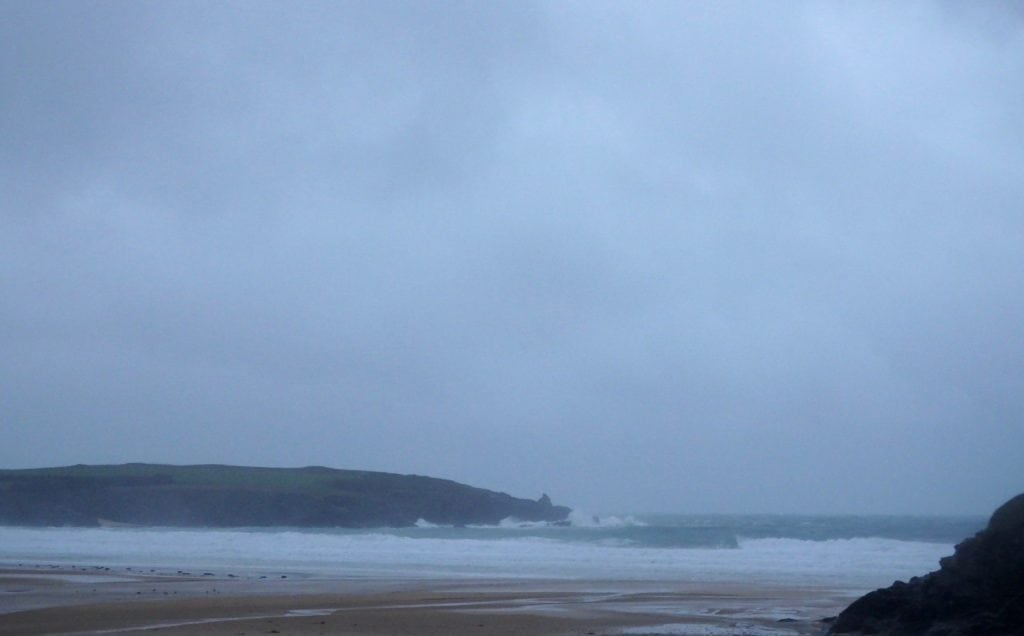 Four to six feet or bigger of wind-blasted and mashed up, chaotic surf is being flung into the bay this morning, those storm force north westerlies flicking mountainous seas against the headlands.
Visibility is in the gloomy, gloomy range, the wind hurling sheets of spray and rain and sand and coldness across the bay, forcing that crab-like walk to move anywhere.
Might give it a miss here today. 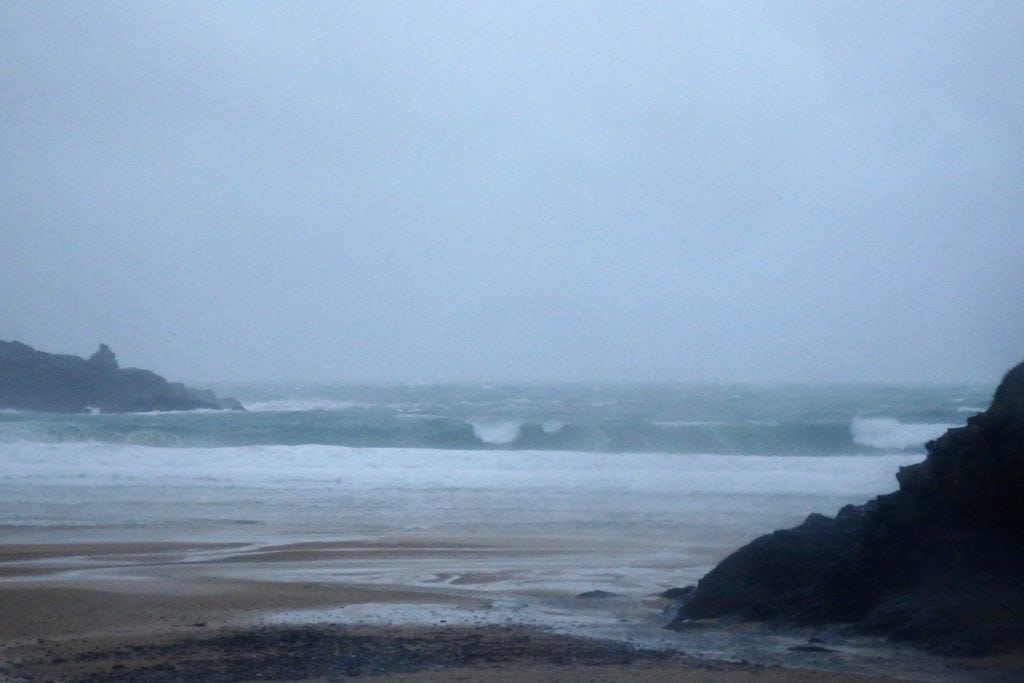 As soon as the wind eases and shifts, the swells will disappear too.
A whole different day should be waiting for us today!
Light north easterly breezes are expected to be drifting offshore to meet a foot or hopefully two of neatly folding little swell lines.
Well that’s the hope!
We might even see a little bit of brightness today as well?