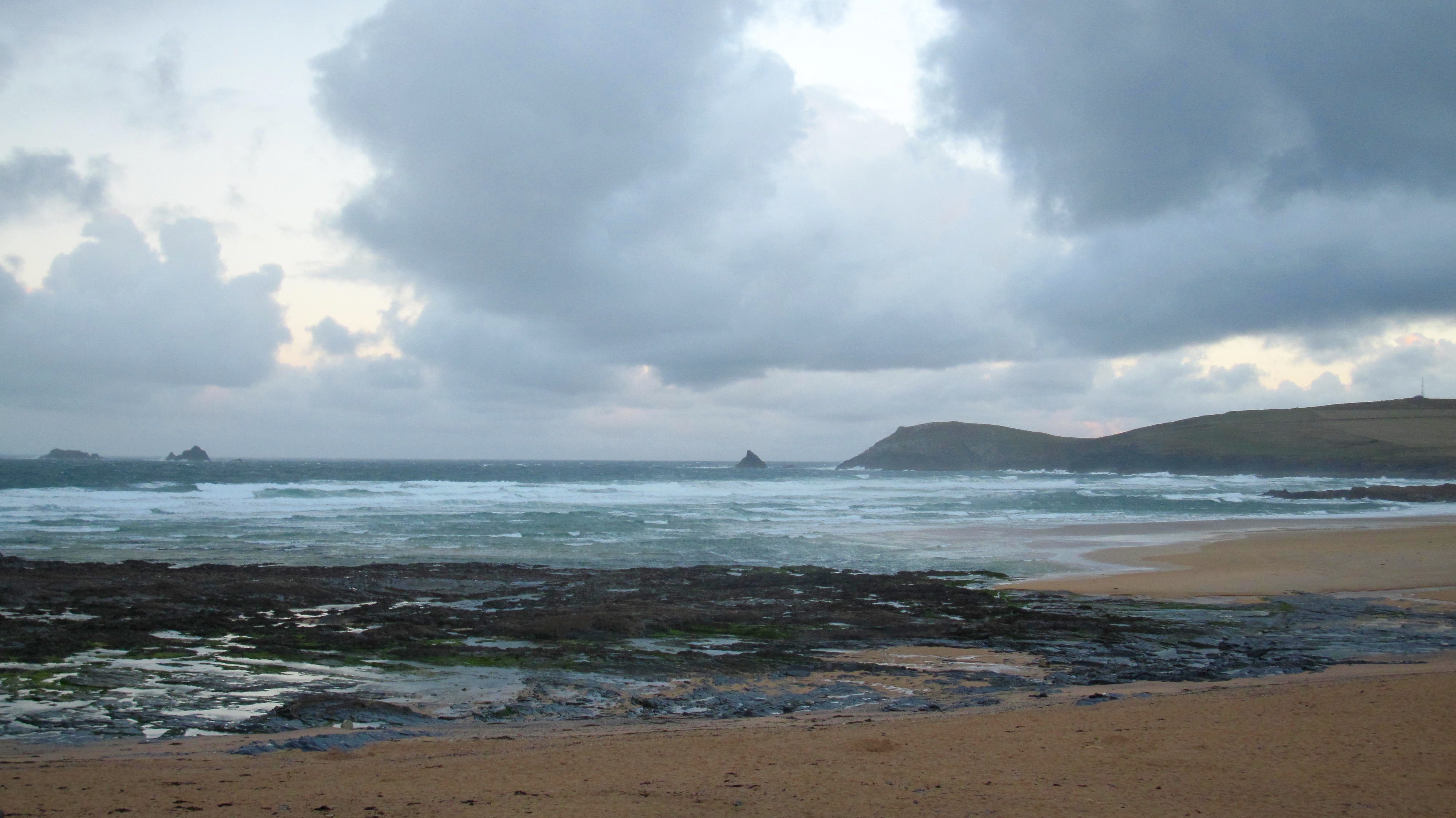 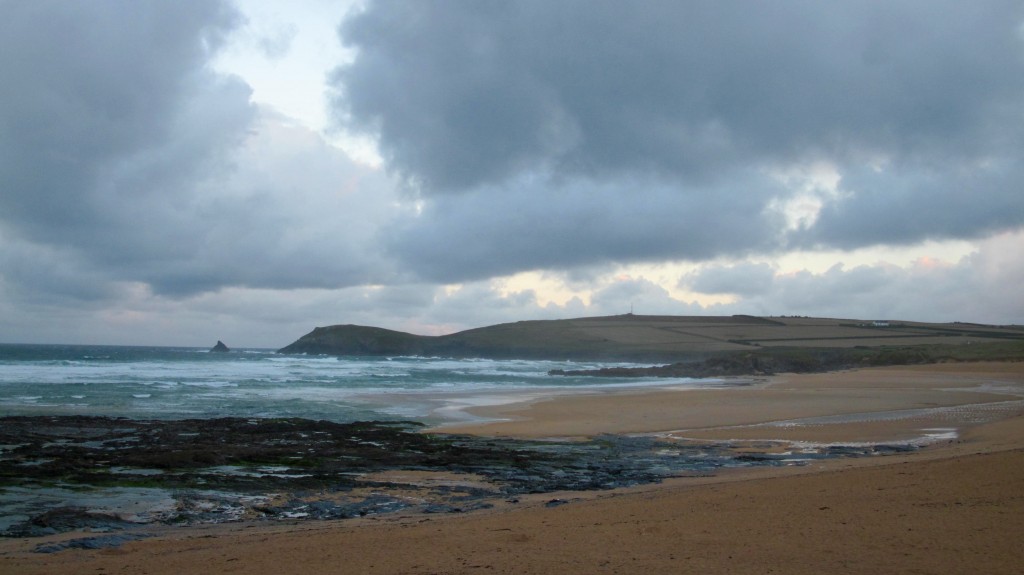 A wild north westerly wind is blasting into the bay this morning, hurling short but sharp showers our way while trashing the four to five feet of broken and sloppy surf.
Yep, a blustery autumnal morning is announcing that winter is not too far away, the temperatures are down, the wind is strong and the surf is a mess.
South coast anyone? 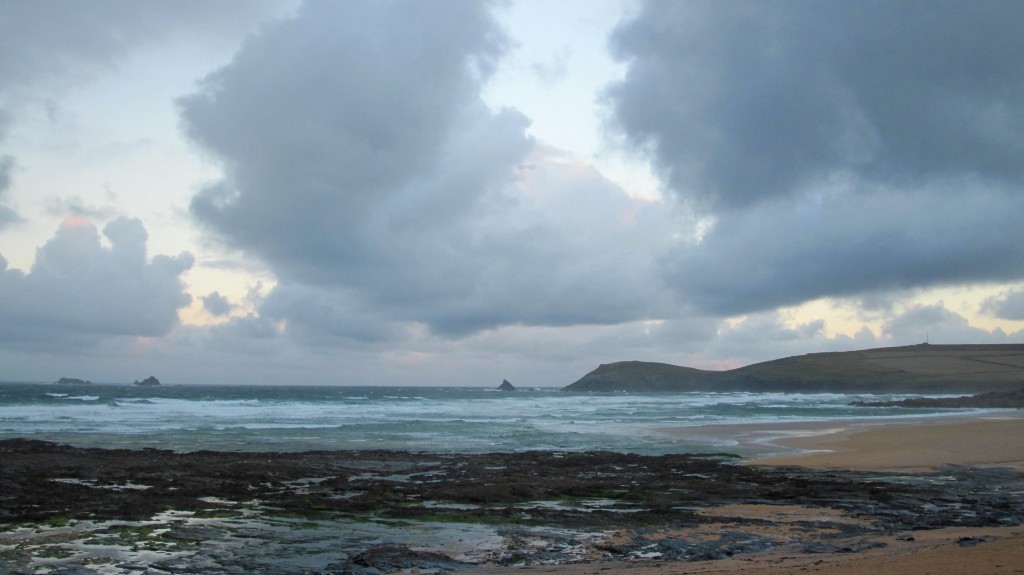 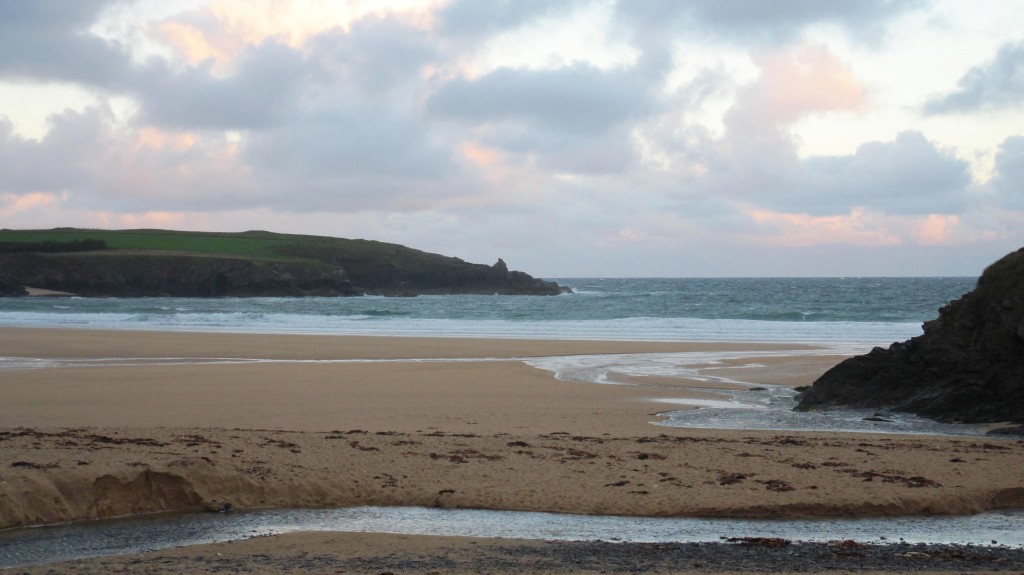 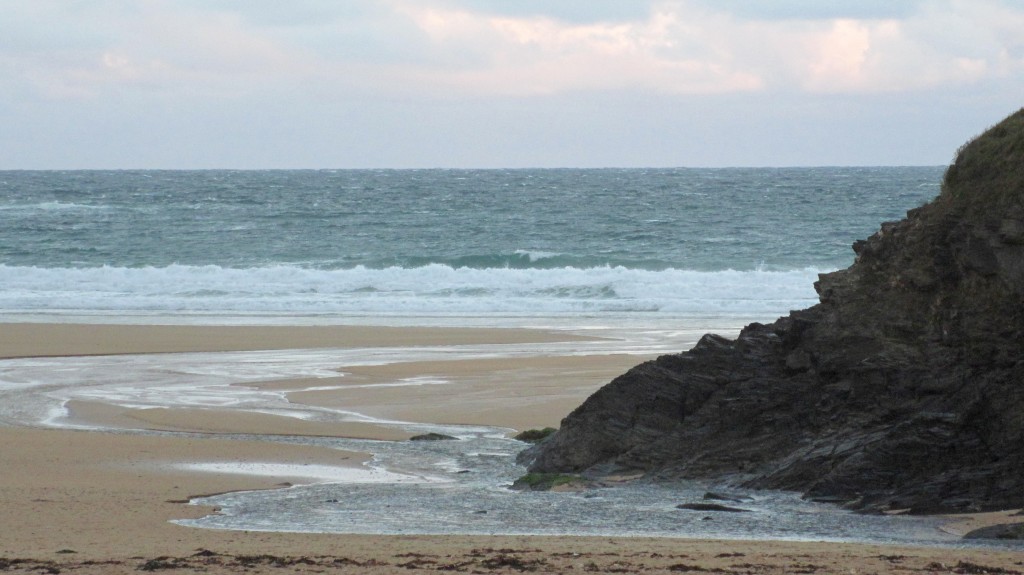 A brighter day lies ahead with a lighter wind starting out westerly before backing south westerly.
The surf is likely to fall into that kind of choice between bigger but really choppy west facing breaks or much cleaner but way smaller sheltered spots. The later you leave it today, the better the surf should be.
Maybe.
I reckon two to three feet, offshore Harlyn by the afternoon.
Maybe.

A few days of onshores and mixed up weather is going to introduce this week, three to four feet of onshore surf kicking things off at our main surf breaks through Monday, building a little as the north westerly winds blow through Tuesday and backing off again through midweek.
The weather should settle as we go into the back half of the week although the surf is likely to stay a little lumpy and sloppy at most breaks.
So, Tuesday looks pretty much blown out, with maybe the chance of something getting into those south coast spots, while Wednesday should maybe show some clean and fun surf at Harlyn by the evening.
And thenit is all starting to look very pleasant for the back half of the week, with some summer surf conditions arriving for the weekend.
Have a great week, wherever you are and whatever you’re doing!!