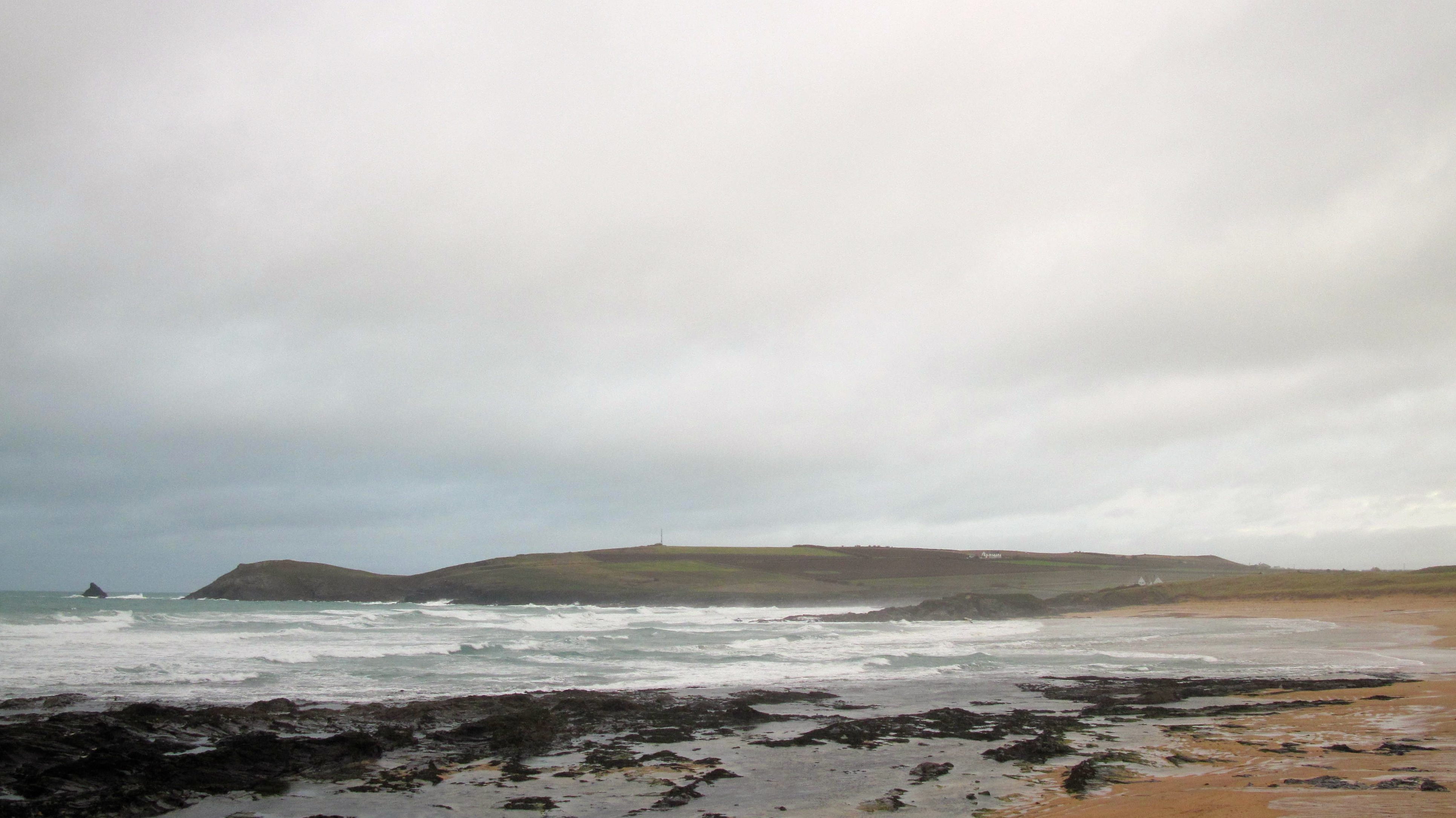 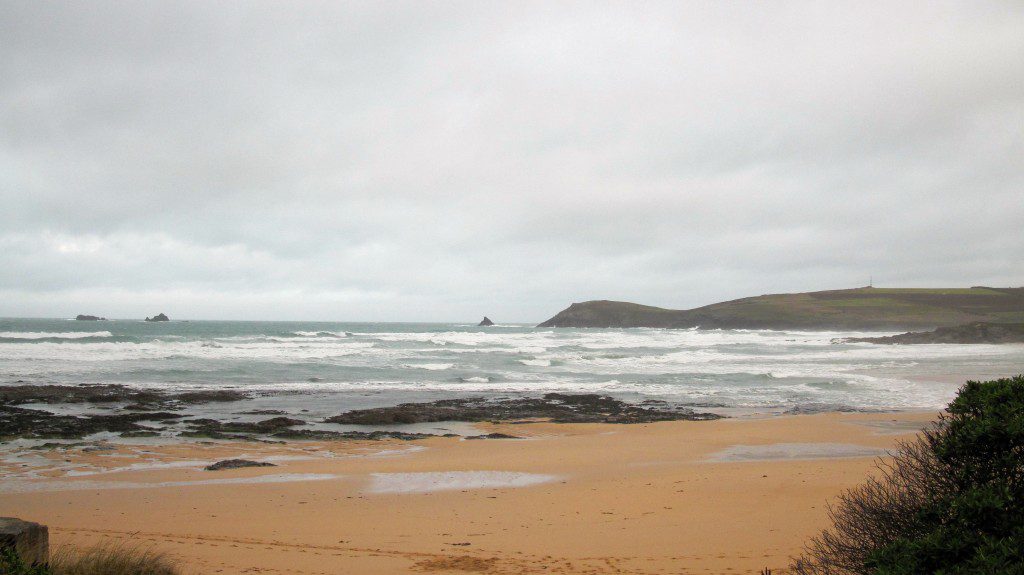 And it’s another grey and windswept, damp kind of morning, the surf washing in large but blown about the bay by that strong west sou’ westerly.
There are some bright bits in the sky, occasional glimpses of clearer stuff but generally it’s a dark grey and threatening blanket of dampness that’s covering us. If we want to surf today in anything reasonable then we’re going to have to trek across the headland to the shelter of Harlyn Bay.

If you have any of those last minute things you need or if you have finally decided to buy your loved one a brand new Merrick board, or an Xcel winter wetsuit then drop in on us – we’re open through until tomorrow (Christmas Eve) lunchtime!
And we are going to do a couple of Flash Sales too but I’m not sure what to put in them yet! So keep your eyes on our social media stuff (@constantinesurf) and you could just bag yourself a pre-christmas bargaaaiiinn!
We’re open 10 till 4 today! Yep, it’s on here this morning.
Three to four foot waves are standing tall in the offshore wind before turning themselves inside out as they grind themselves onto the sand.
The tide looks lower than the halfway-out stage that it should be at and so those big sets are closing out mightily but the in-between ones are grinding off, a couple of right-handers freight training to dry sand.
And as the tide swings back in we should see some more shelter from that wind along with an increase in size.
This afternoon should be really good! Heavy and good! 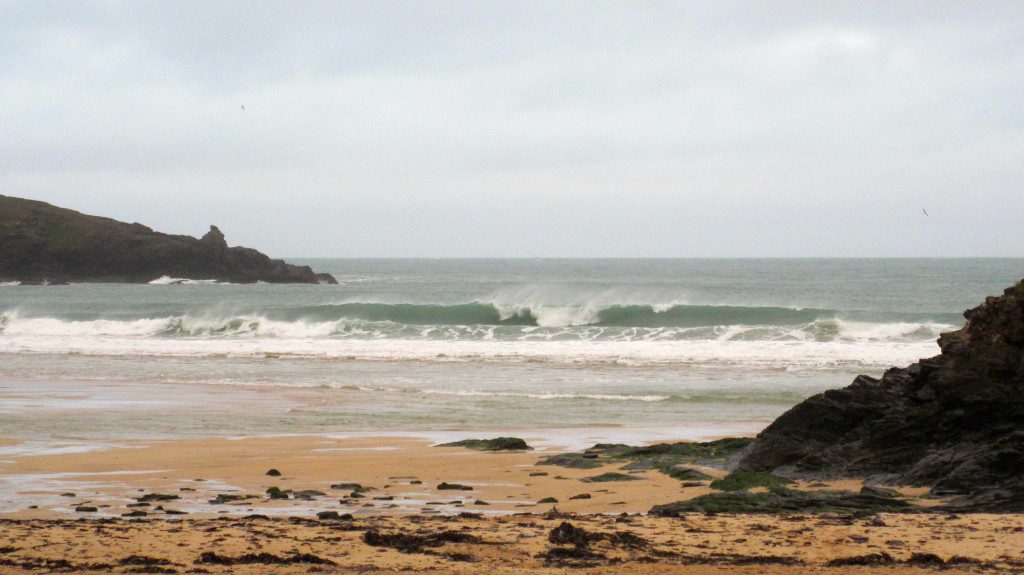 Ah, Christmas Eve!
But we’re not going to have much in the way of rideable surf to celebrate. There should be plenty of waves crashing around the coast but the wind is going to be onshore, a north westerly blow, onshore everywhere. On this coast anyway.
So, for clean conditions the far coast is beckoning!
That could be a nice day out to start Christmas – a South Coast Surfari!
Have fun!

South westerly going westerly winds are going to dominate the start of this Christmas week with a strong blow through to shake the Christmas decorations and junk the surf at all of the main surf breaks locally.
It’s looking like a typical Harlyn week to start our week, getting quite big eventually too!
Four to five feet plus of thick and grey surf is likely to be standing tall at Harlyn as the tides stretch themselves out towards springs as we go along.
There are going to be some big and bowling waves coming through for the start of the week,five foot plus for Tuesday. That wind though looks like it will annoyingly slip further around to the north as Christmas arrives.
But then that is always an excuse for a trip down south! It should be as pretty as a picture down there by Christmas Eve and then should last all the way through Christmas.
It looks like the weekend before we will see anything more surfable on this stretch of coastline.
Have a fantastic Christmas, wherever you are and whatever you’re doing!