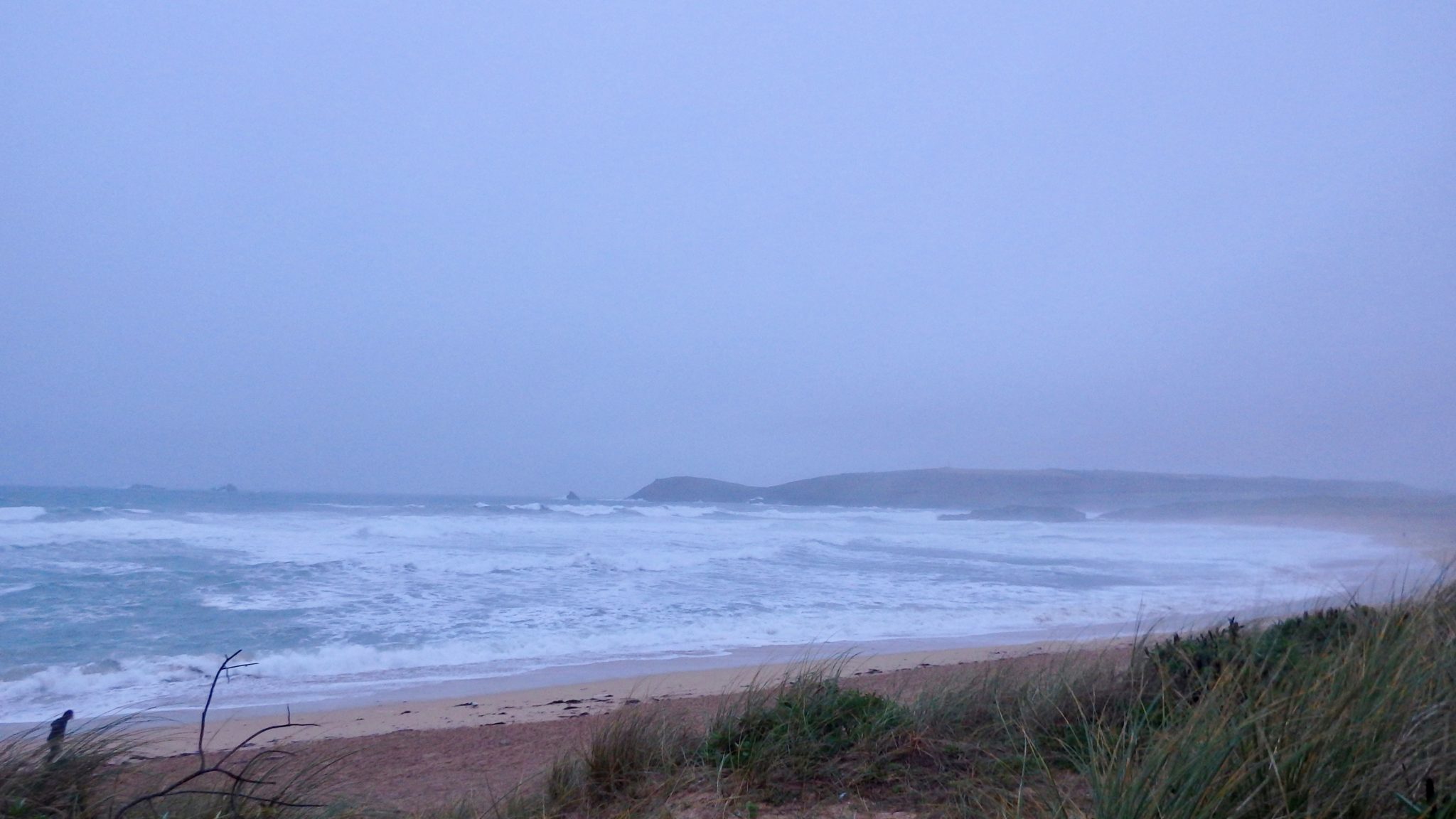 We are shrouded in fog and mist and mizzle and drizzle once again this morning, a steady south westerly wind at least keeping the air temperature relatively mild.
The surf is bigger, probably six feet and bigger but still all choppy and sloppy and bouncy and reforming as the backwash hits the sidebounce.
Harlyn could be rocking though…….. 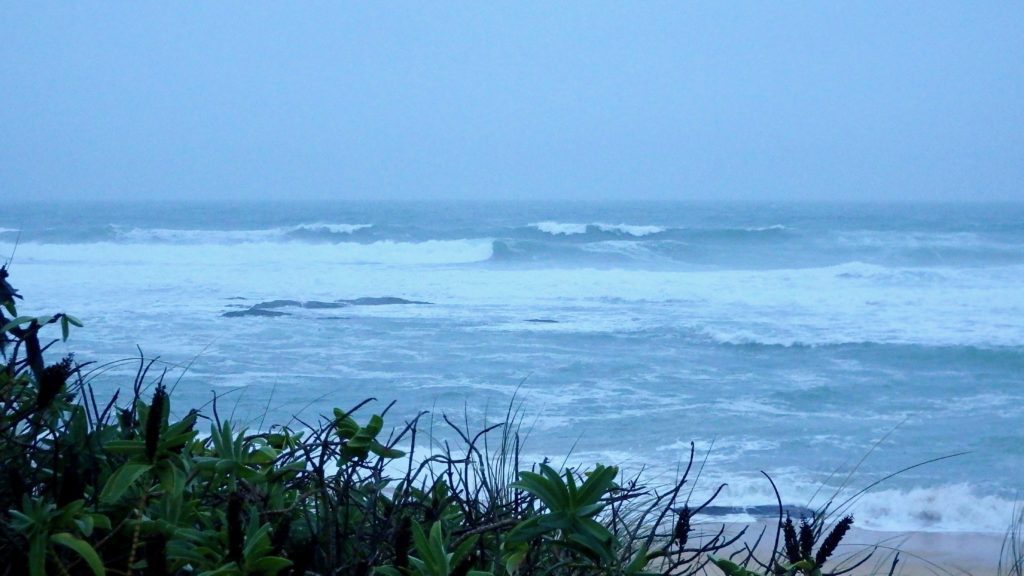 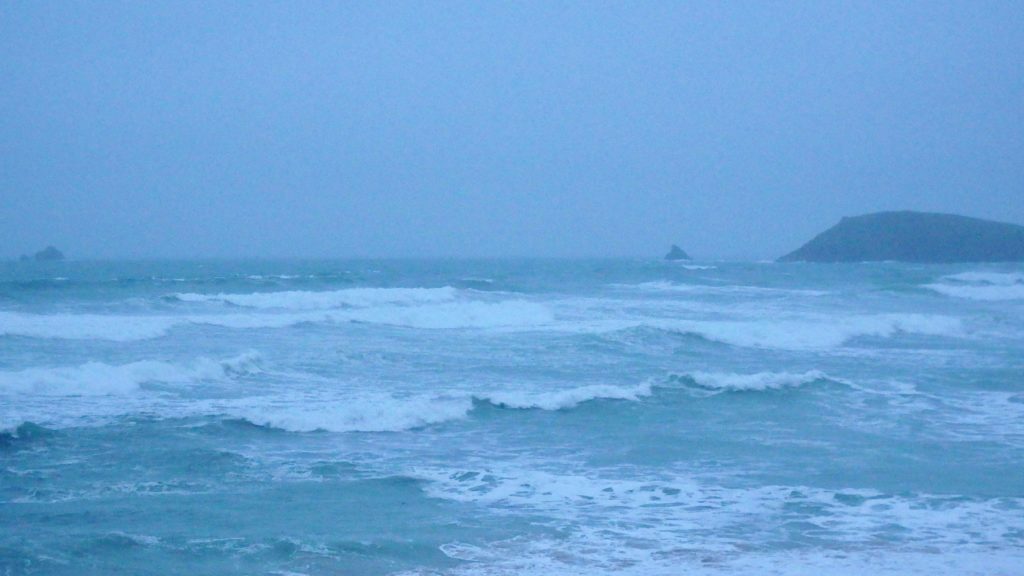 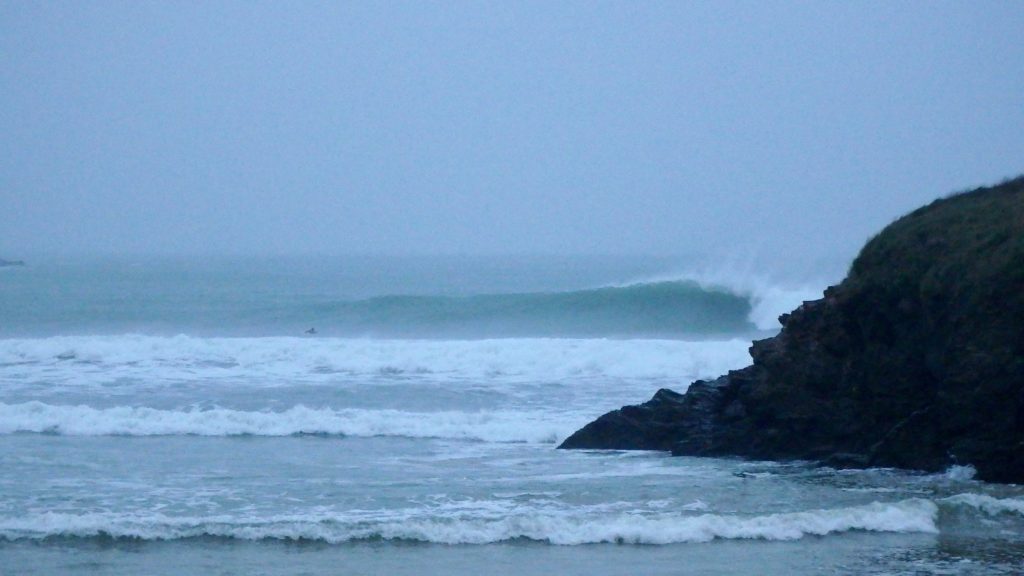 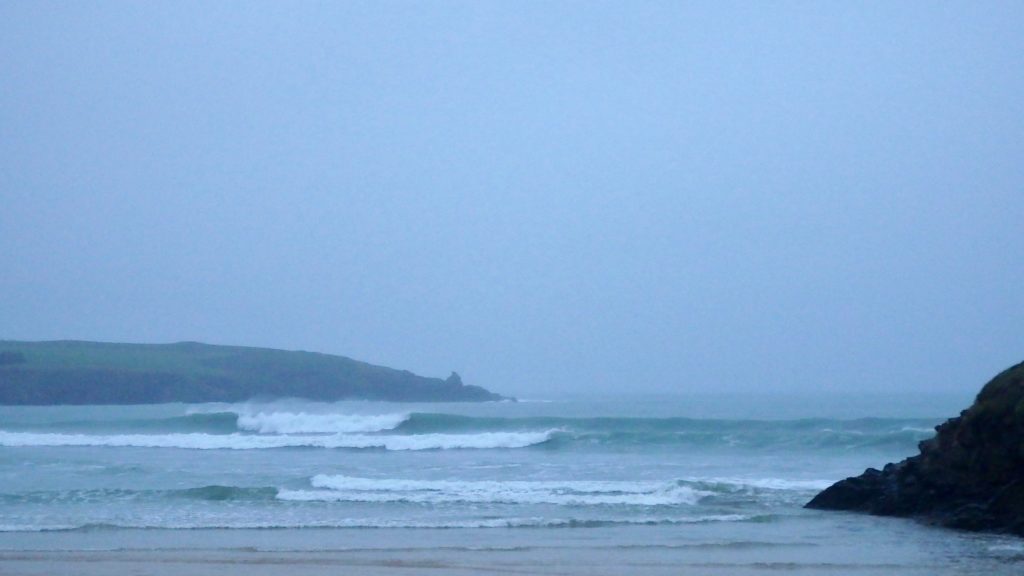 Ah, three to four feet of smooth faced and fun looking walls are spinning off the Rock as the tide nudges in against high.
The set waves are standing tall, held up by that steady and offshore sou’ wester, before crashing and spinning across the bay. A heap of them are closing out but there are more than usual of those peeling zippers to test your nimbleness!
Yep, it’s looking good and it should get bigger and better too! 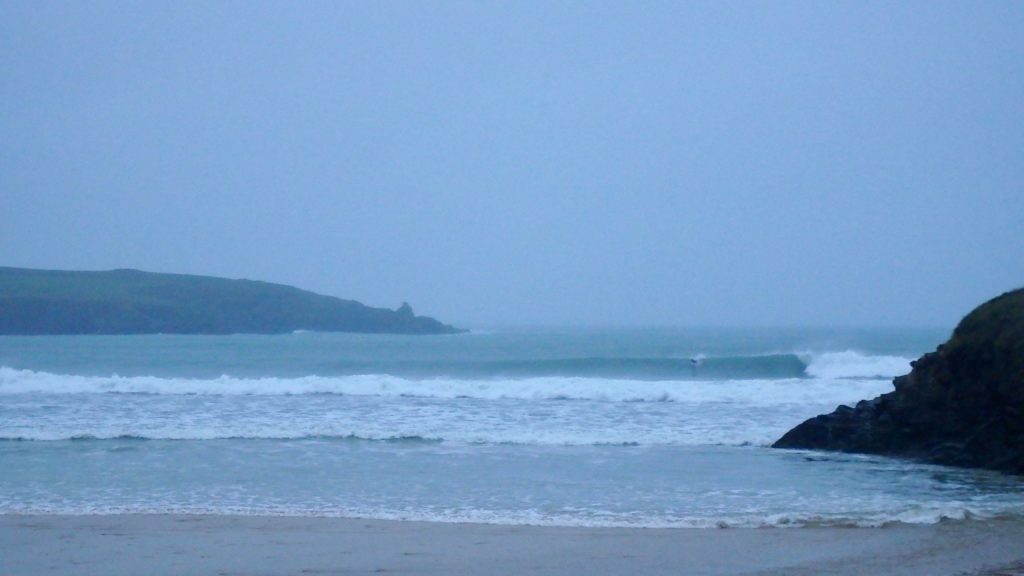 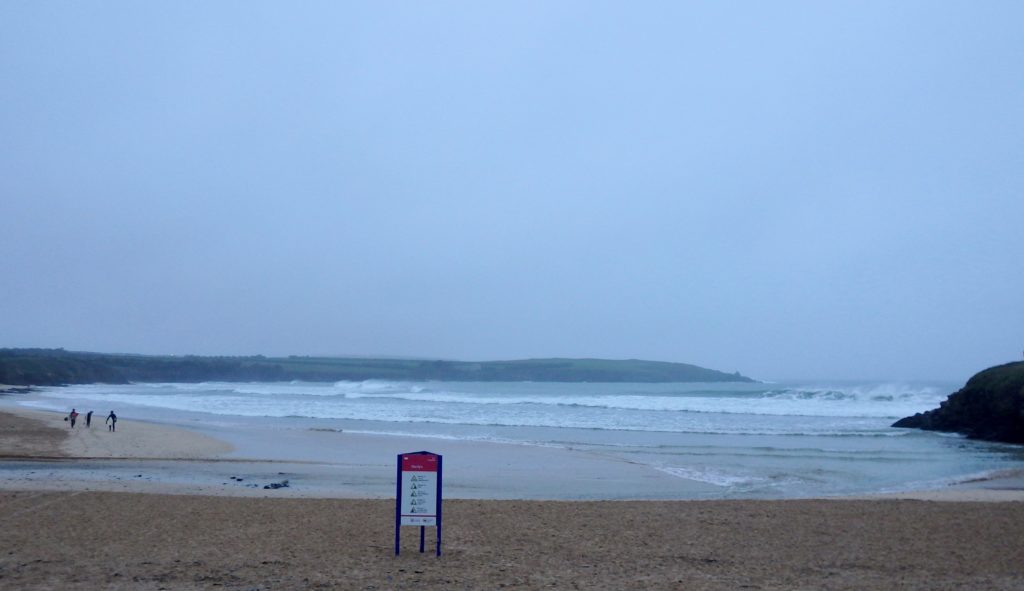 The wind is forecast to drop to a light, light breeze today and, if we are only a little lucky, that breeze could whisper offshore through the morning!
Throw in some along awaited sunshine (if only for an few hours!) and we have the makings of a surf special day!