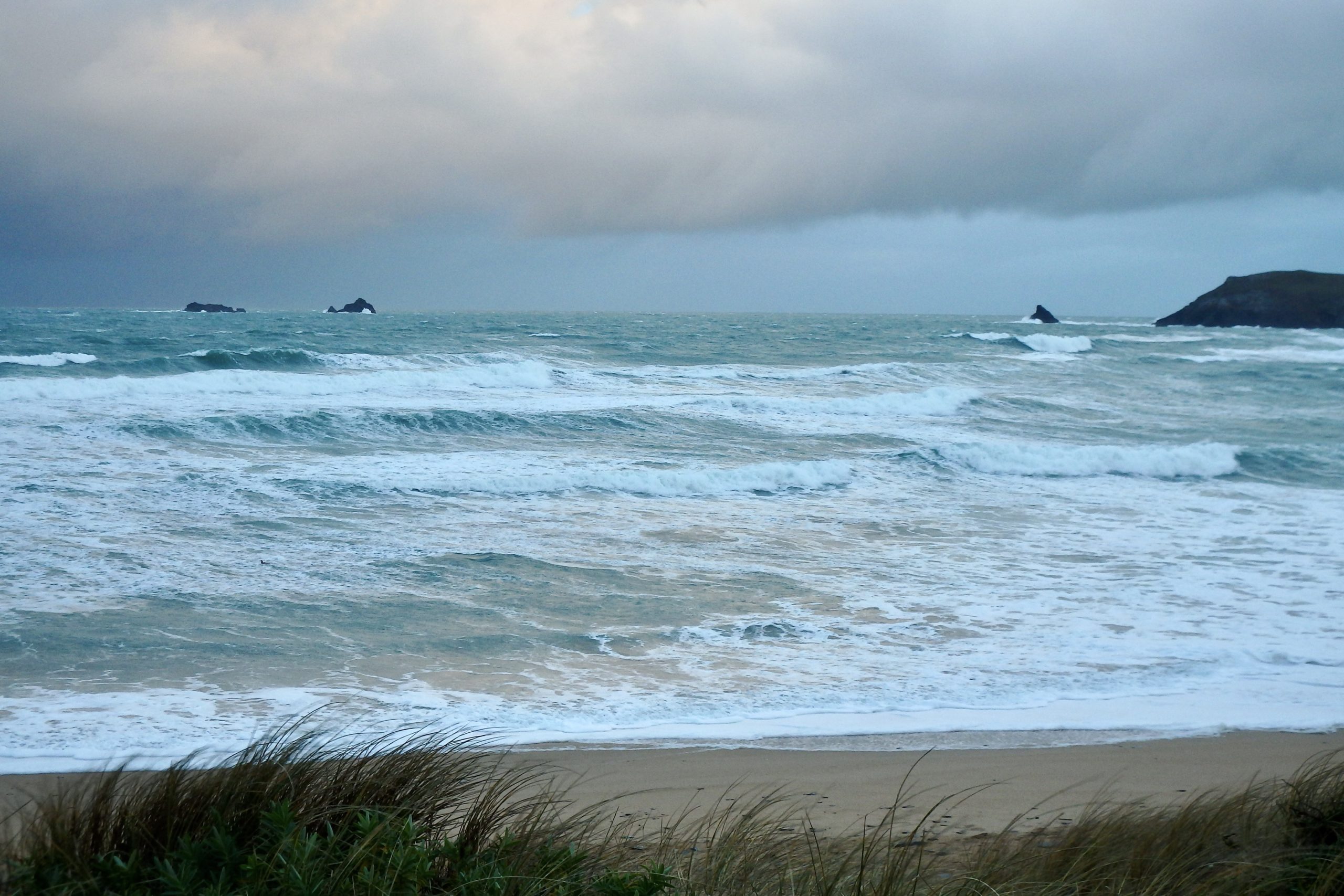 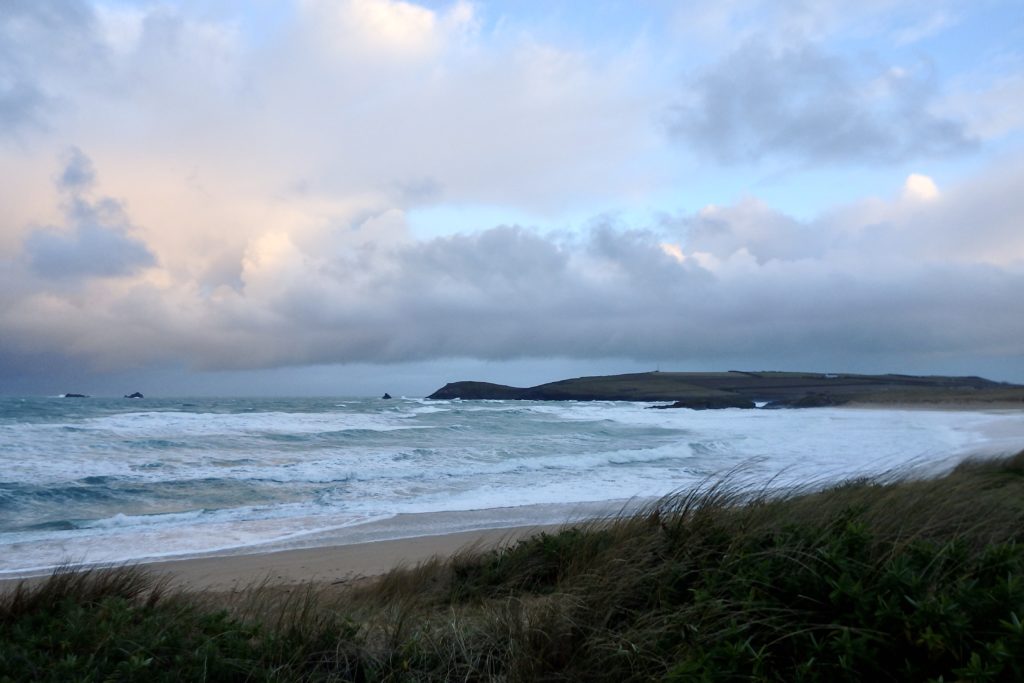 It’s an atmospheric one down in the bay this morning, those consistent downpours gradually becoming just heavy showers while the cloud covered sky is starting to break up to allow some brighter patches through.
The wind is still howling through but now from the west north west, a much colder direction.
So there’s not much surf to get excited about – well, there’s loads of surf, it’s just completely blown out! But if you want to blow a few cobwebs away then wrap up warm and enjoy being blown around the bay! 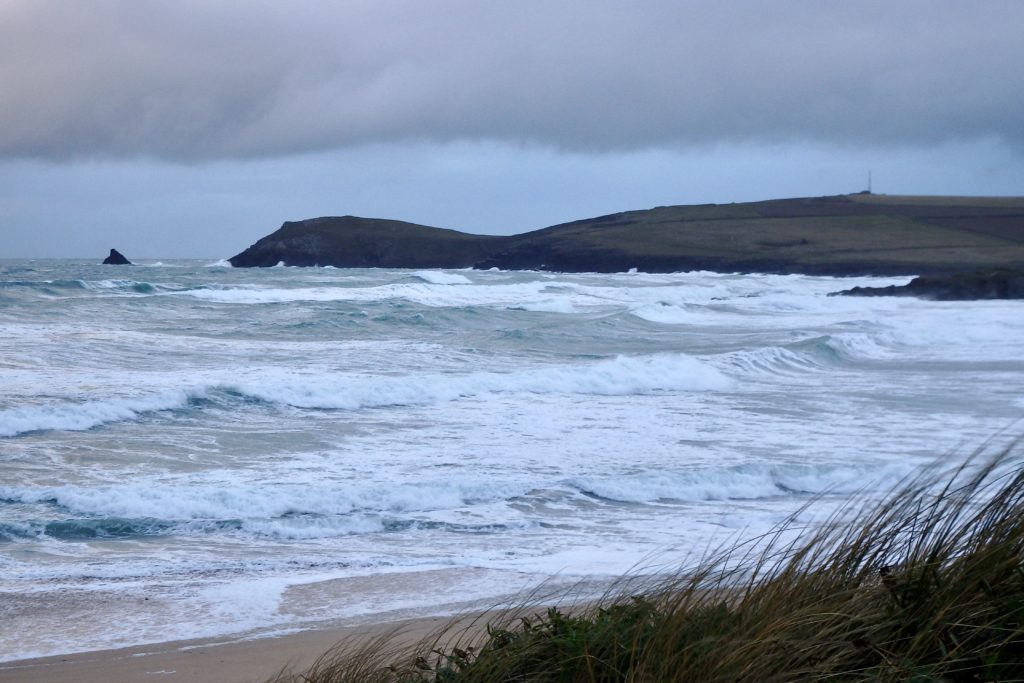 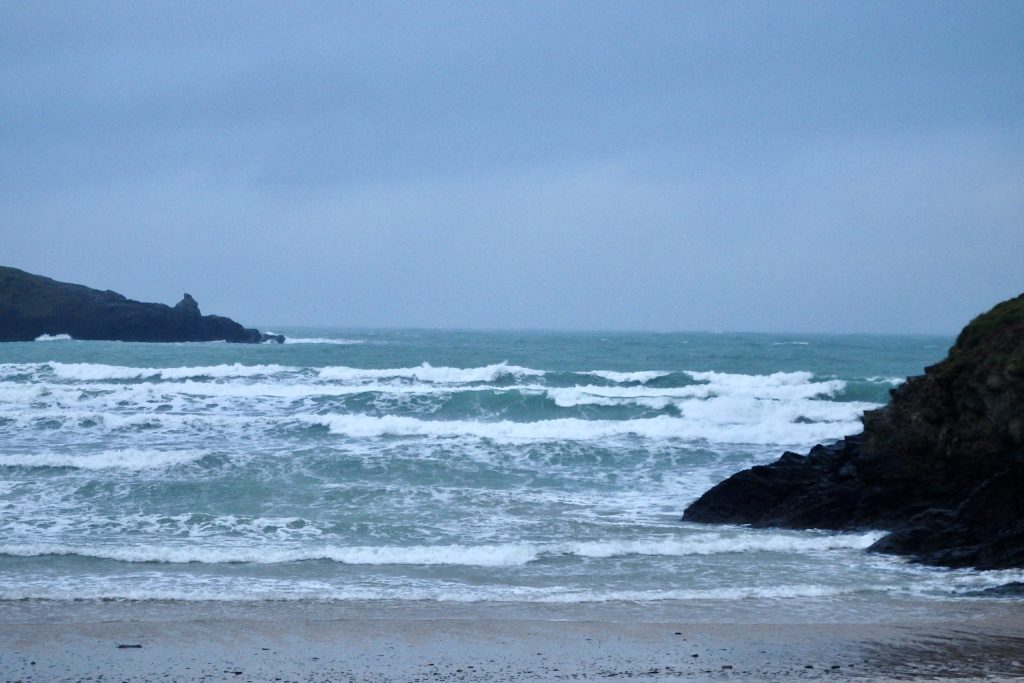 The wind is powering in at Harlyn this morning, a hard blowing west nor’ westerly whipping up sand and foam and slinging them about the bay.
The surf is pretty much blown out and not that big at the moment. It will build again through the day but right now it’s three feet, maybe four on the biggest sets.
But the wind is bumping and lumping it all anyway, making for a choppy mess!
There might be some cleaner conditions down on the other coast but there’s not much going on here today! 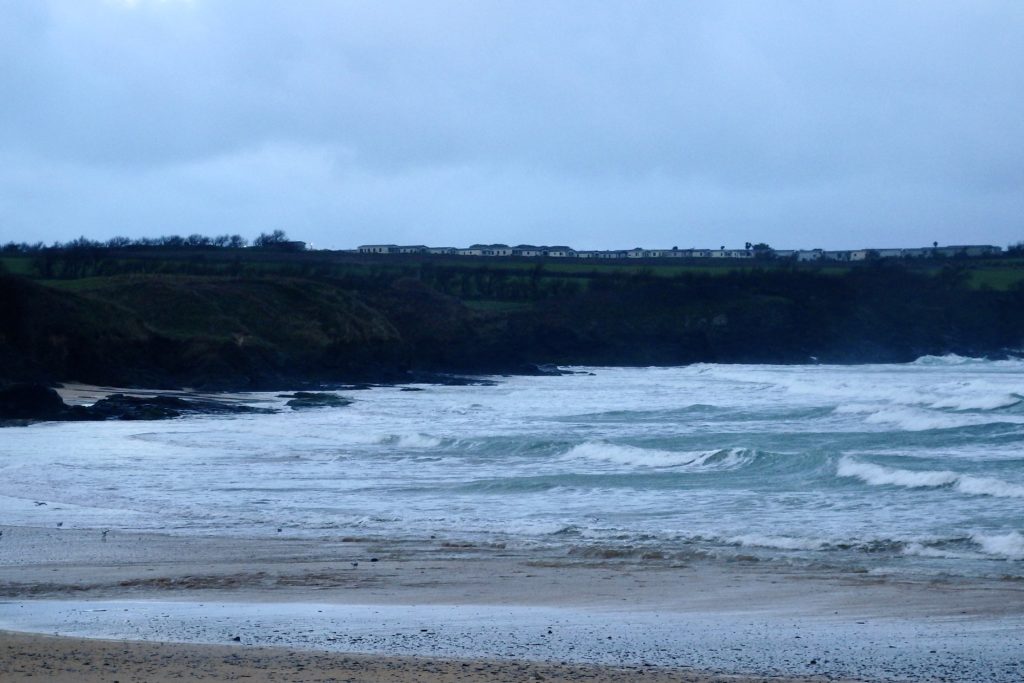 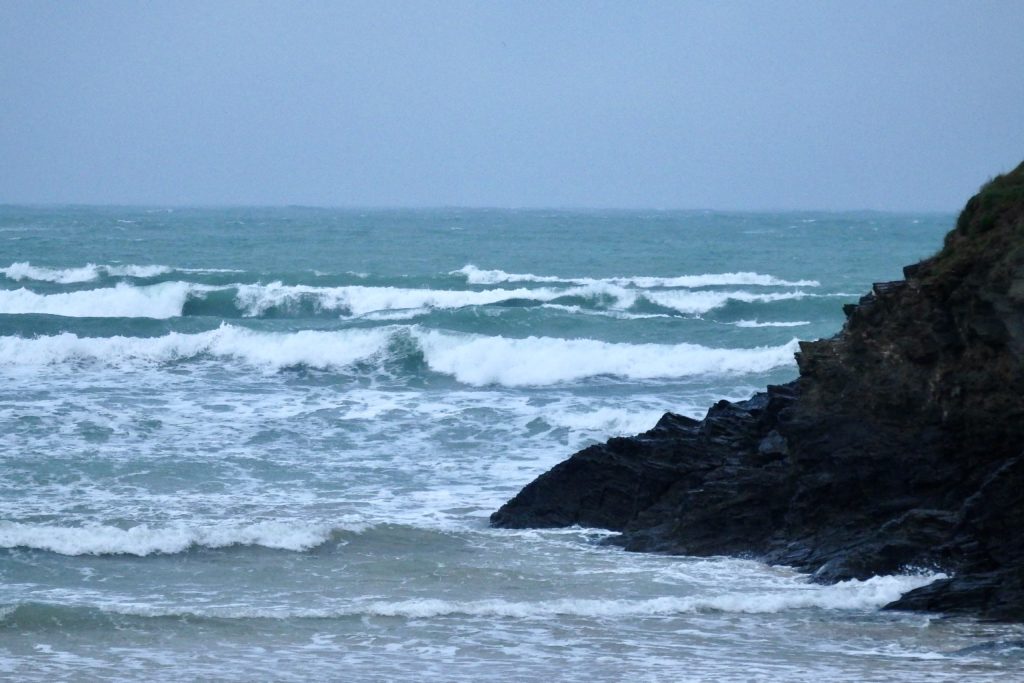 Hard blowing north westerly winds are going to continue to blow out the surf along this coast again today, a big overnight swell gradually weakening through the day. We should see some sunshine today but that wind will be cold!
If you want to surf today you might be best off heading to the other coast again, although it might not be great down there either.

More winter storms are still queuing across the Atlantic, bringing with them a steady stream of gales and rain and mountainous seas.
Those storms are going to be busy reshaping and remodelling our coastline all week long, the torrential rain running off the land and trying to build more shapely breaks up and down the coast while those huge waves scour and gouge the beachfronts and headlands and reefs.
Once these storms have passed (and eventually they will!), then there should be a whole selection of newly shaped surf breaks to explore all the way along our coastline.
But that could be a while away yet!
In the meantime, yes, more howling winds, huge waves and grey, grey skies are expected, Harlyn continuing to put on an endless barrel fest for those quick-limbed and fearless enough to take full advantage, while Bodyboard Central is likely to continue to dish out the usual series of broken, dislocated, ruptured and torn bones, tendons and limbs.
Have a great week, wherever you are and whatever you’re doing!