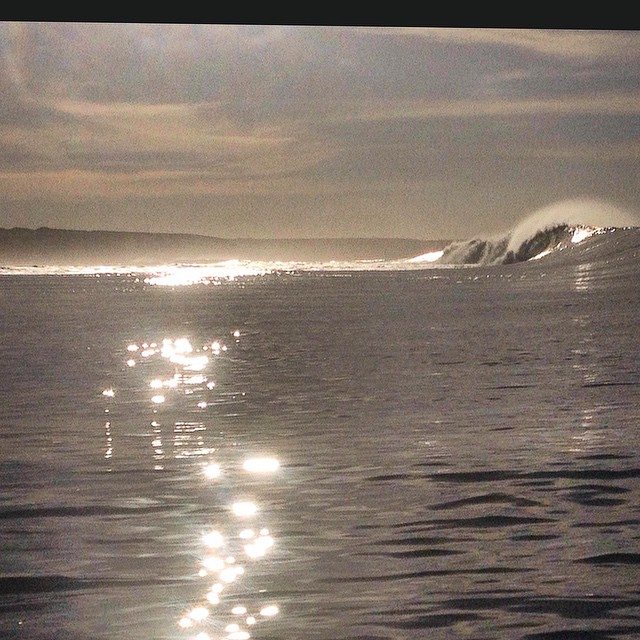 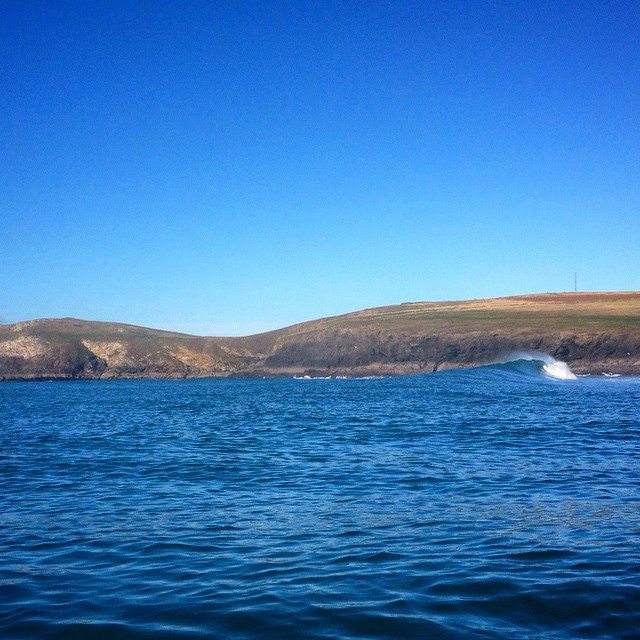 Well, so, I’ve just managed to delete all of the images I collected this morning, which is a real shame because the surf is pumping and serenely shaped with that silver light of an early morning on a calm and still late November day.
So the image above is one that I stole from Toby Ray’s Facebook page (so go check his artwork out and maybe buy some for Christmas which might just let me get away with it!). It is of last night but the surf is like that this morning, except bigger!
There’s a solid five to six foot swell wrapping into the bay at just off high tide this morning. The Reef is turning itself inside out as those clean and glassy, offshore smoothed waves reel down the line.
It is a little greyer than the last few days but the wind is still super light and straight offshore.
It’s paddling time!

Oh, and the other reason that the surf report hasn’t been as early as we would like it to be recently is that Cheyne and micah have slipped up to Scotland for some big wave action and so I’m looking after Phyllis the sheep. That and having to wait for daylight to take pictures and then completely delete them! That takes time.

There are fun looking waves getting in here this morning too.
A good couple of feet of bumpy stuff is breaking through high tide which makes you think that it should sharpen up a lot as the tide drops.
I’m guessing that it should be a half decent three feet or so later.
But the other side is going off! That is five or six feet and screaming and is definitely the place to head for. Just choose any of the main surf breaks today for some great surf!

The wind is likely to slip to the north east this morning, a chilly direction but still great for the surf.
So, we should be enjoying some smaller surf than the last day or two but still in the three to four feet range and still clean and hollow.
That breeze is going to be cold though!

It looks like we’re in for a very smart start to this week, the wind set light and offshore, the swell rebuilding and the banks at some of our main breaks finding their shape of old.
A maybe smaller but pretty and immaculately shaped surf is expected to kick off Monday, gradually building and strengthening through the day, that double digit wave period indicating some strength to the swell.
By Tuesday we should be enjoying some seriously good quality surf conditions, three to four to maybe, hopefully, five feet of clean and sparkling surf. It could just be really very good today!
By midweek it is looking as though the wind is going to drift to the north, not entirely ruining the surf but adding that lumpiness to it all. And then the good old south westerlies are probably going to return, maybe only for a short while but giving Harlyn the opportunity to shine.
So, an action packed week of surfing in all conditions lies in wait. With just a little thought and planning and maybe just a couple of short journeys we should be enjoying some great conditions!
Have a great week, wherever you are and whatever you’e doing!