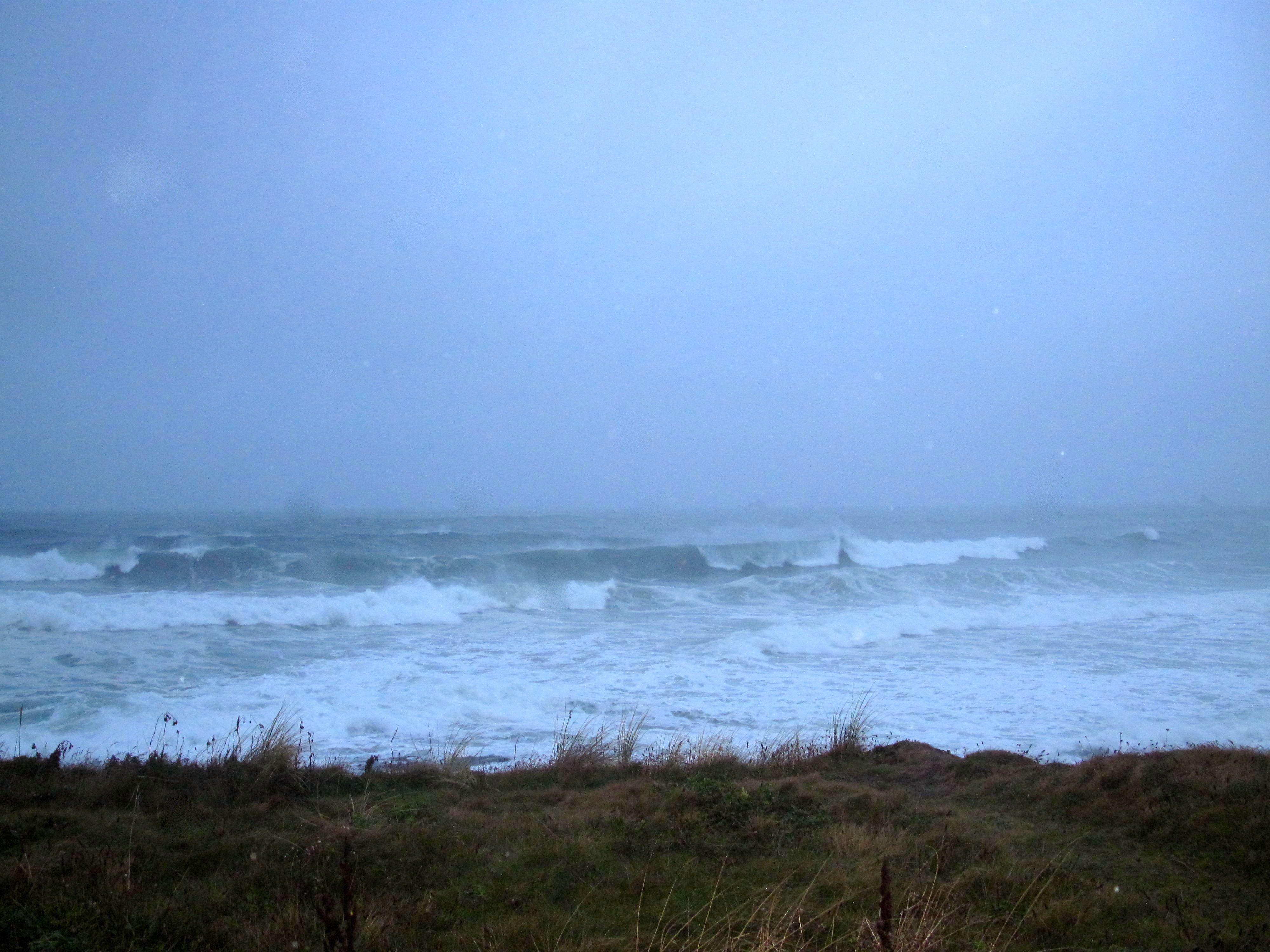 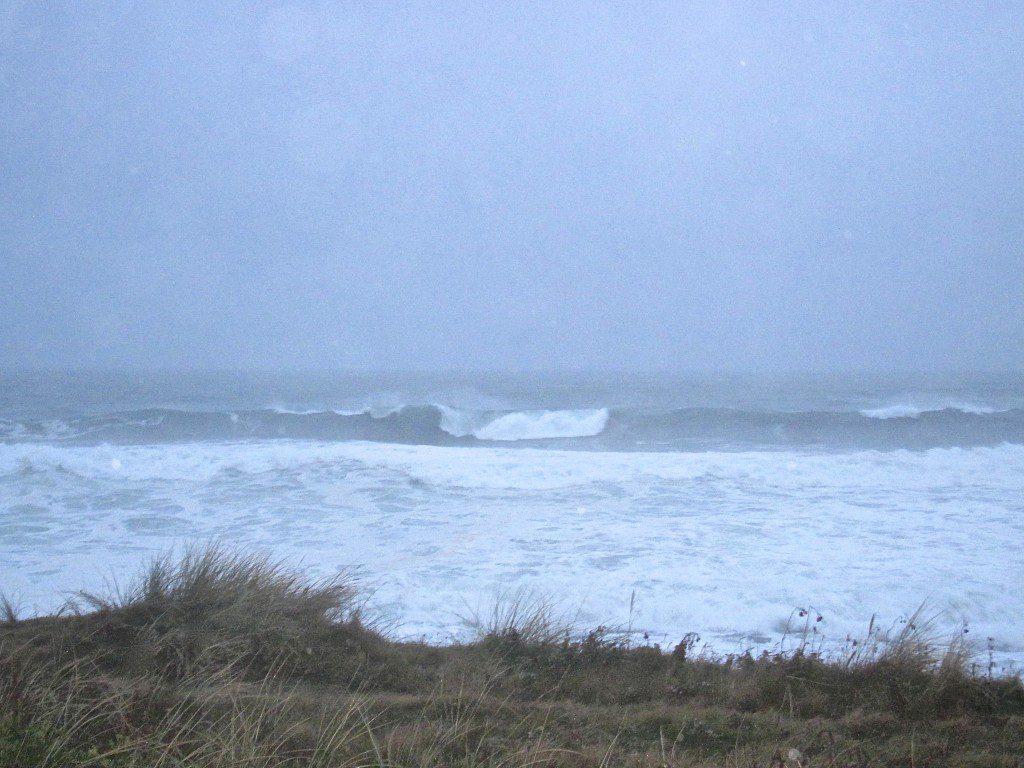 It’s a grey and damp start again with horizon to horizon greyness just visible through the steady rain.
But the surf is pumping!
Four to five to six foot waves are pushing through the gloom and murk of a dreary early morning, the boom and bang of those crashing waves waking us up after a month or more of doldrums.
The wind is light and southerly, trying to slip south easterly and gradually doing it.
There’s an hour or so to go till high tide and so it is all pretty deep right now, so I would suggest giving it a couple of hours to sort itself out, to shake off that early morning fug. By then it should be glorious!
I think that this weather should cheer itself up soon enough too.
So, I think that we can safely look forward to an excellent day of pumping surf with offshore winds! 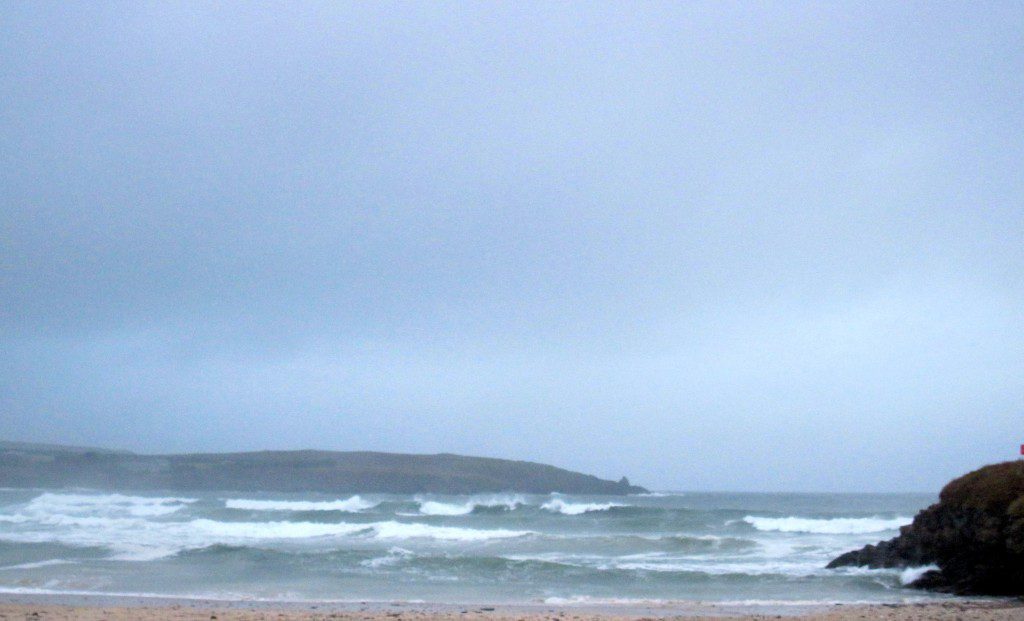 There are waves around here today too.
A couple to three feet or maybe occasionally more of lively looking surf is crashing about the place. The wind is almost non-existent but straight offshore, while the high tide is creating that backwash bounce and so putting in a little cross chop.
Yep, this should be a fun alternative if the other side is a bit too much for you. There should be fun waves ere all day long! 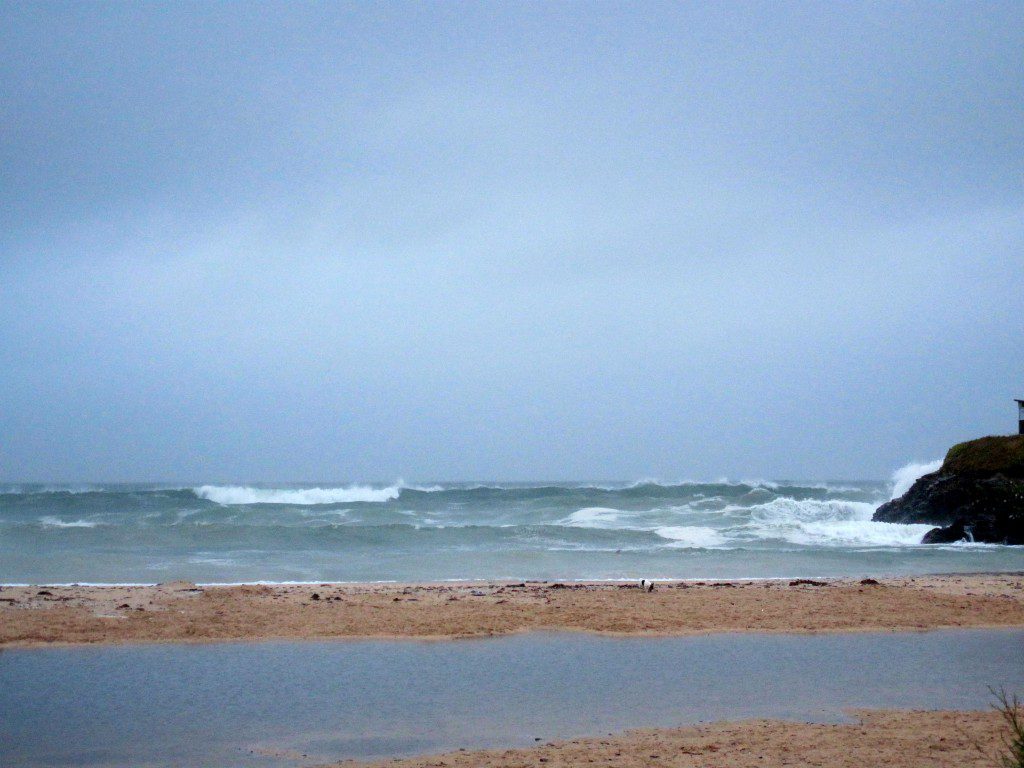 The surf is likely to have peaked and dropped a little by today but with clean offshore winds smoothing the surface of the sea the still three foolish surf should stay in the ‘really good’ range.
All of our favourite surf breaks should be breaking really well, a bit too small for Harlyn but plenty big enough for all of our west facing breaks.
Yep, it’s looking good!

The Bank Holiday weekend traditionally ends our main holiday season, marking a return to a slower, quieter pace of life as the vast majority of visitors exit the area. This year might show a more gradual emptying, with that extra August week.
And those who do stay on might just finally see some surf! Some proper rolling Atlantic curlers, just like in the postcards!
The week is likely to start with a half decent three foot and building swell rolling in through Monday, the wind mainly onshore but south, going south westerly and so supporting that swell.
By Monday night and through Tuesday we should be enjoying a proper five to six feet plus of growling swell with the wind easing off in strength all the time and eventually backing offshore. All of our main surf breaks should be on fire and we could even be surfing Harlyn properly for the first time this summer!
The swell is likely to settle down by midweek, still that rolling swell, all bumpy and grinding in at the main breaks with enough swell maybe to provide some alternatives at the sheltered spots too.
And the water is real warm too!
So wax the boards down – surf’s up!
Have a great week, wherever you are and whatever you’re doing!