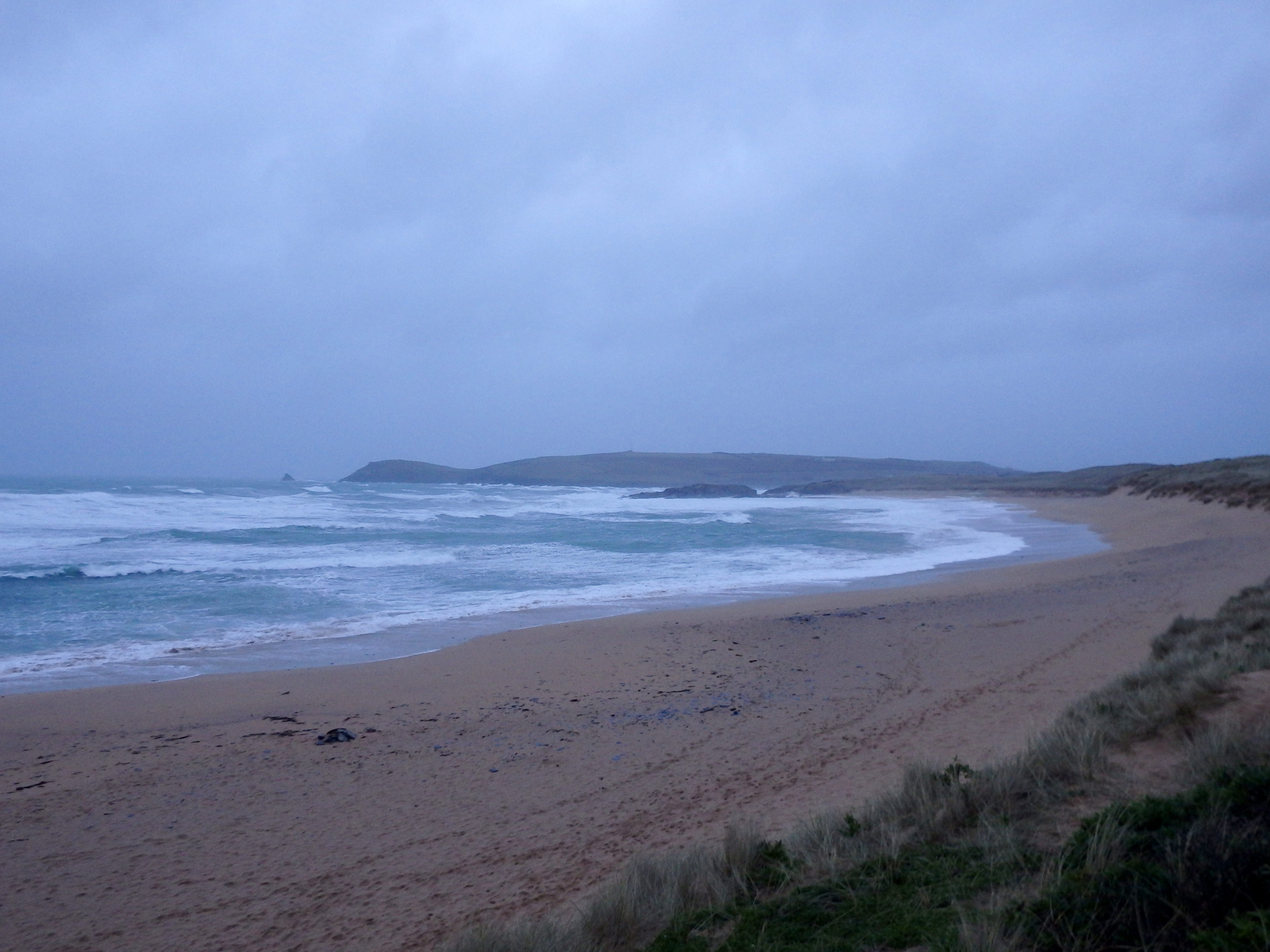 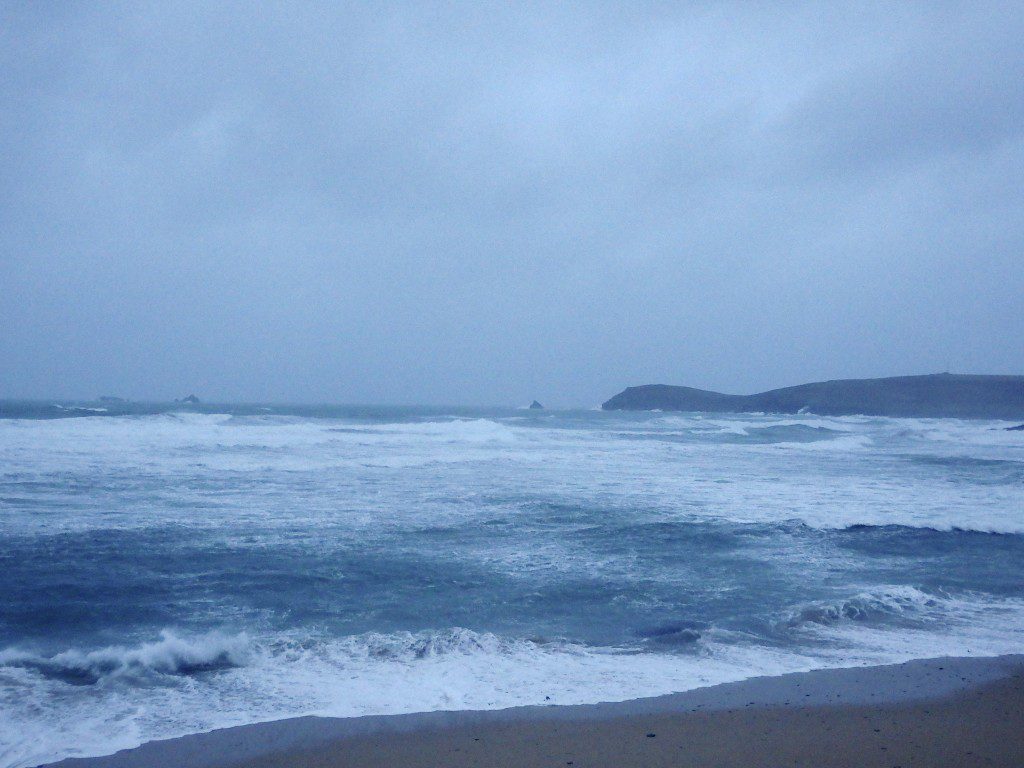 The wind is blowing hard from the south west this morning blasting thick squalls of drenching rain across the beachhead.
The surf is a wild and blown out mess of madness. Six to eight feet maybe but it doesn’t matter, it’s so windblown and stormy that you wouldn’t want to go near it today.
I wonder if we’ll see any proper daylight today? 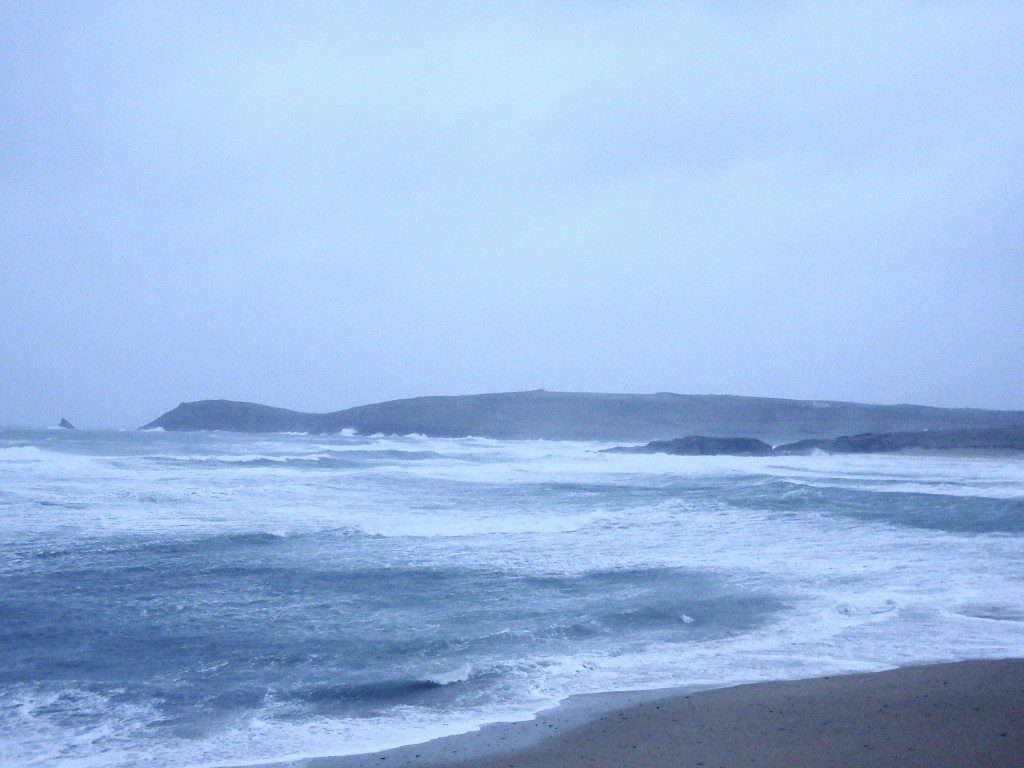 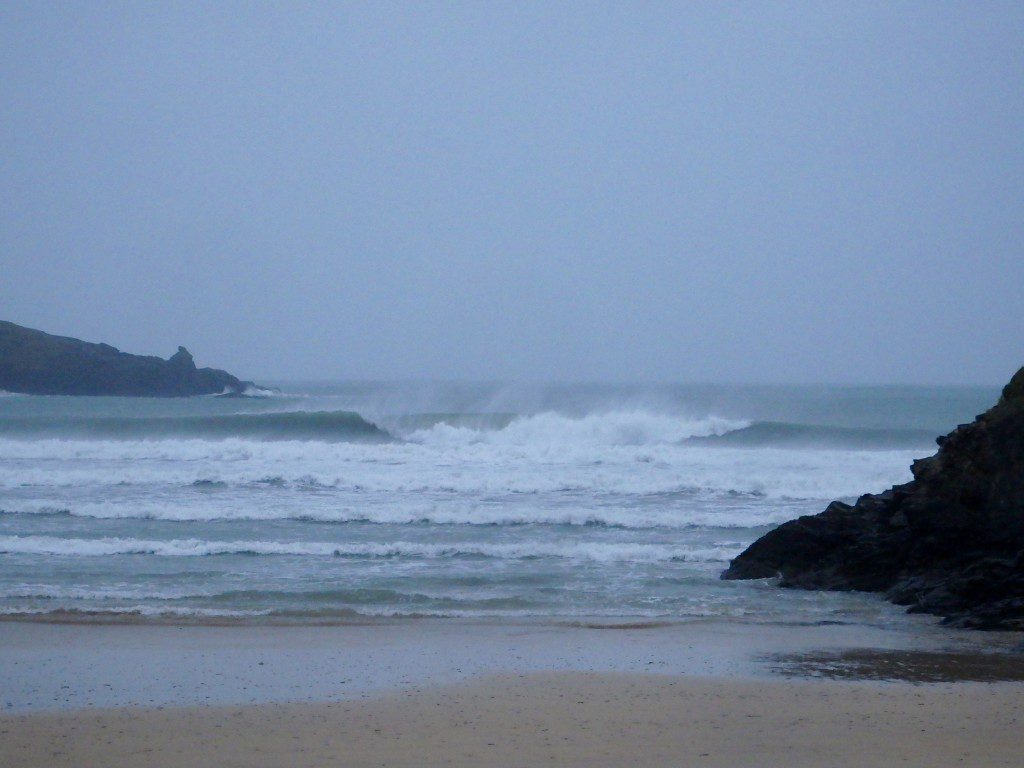 It’s really setty around here this morning, those wind-hollowed and crunching waves blasting in at two to three feet with four to five foot sets powering in just when you have decided that there are no more.
The size is likely to increase with this afternoon’s tide and it is likely to get quite big too. The wind is forecast to stay south westerly and gale to storm force.
So, some big and cavernous, rolling waves can be expected here this afternoon! 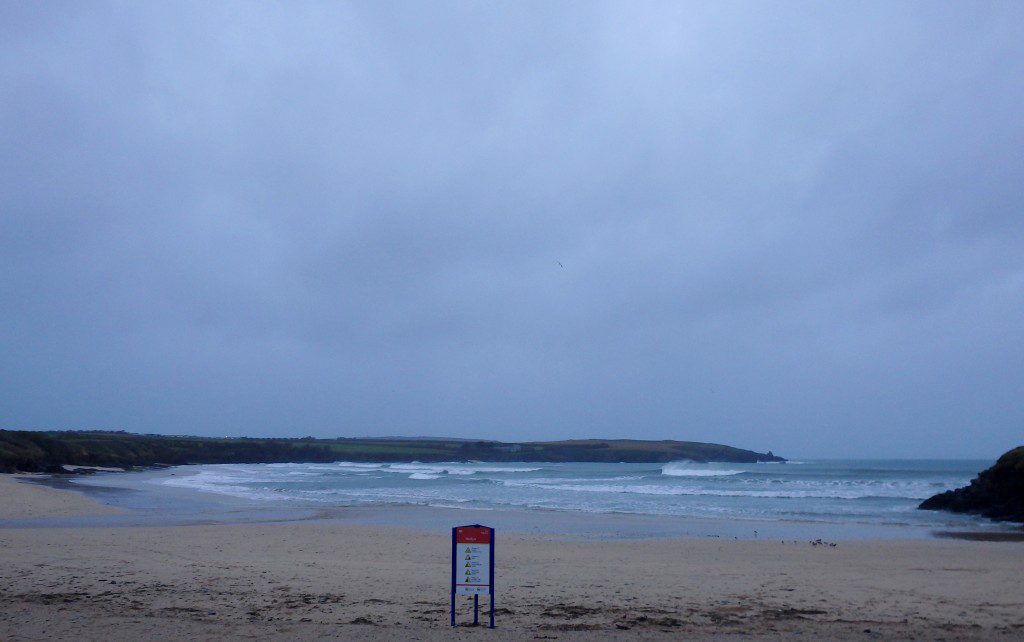 ‘Big ’n windy’ should sum it up for today!
The whole coastline is likely to be storm lashed all day long with gale to storm force winds blasting in from the south west.
As the day goes on those winds are probably going to veer to the north west,dropping the air temperature a bit!
So, big and thick, heavy Harlyn is going to be on offer through the morning, with the south coast being a maybe for the afternoon?

Another week of storms and gales lies ahead of us this week, the surf getting into the ‘real big’ size range but being windblasted and smashed.
Harlyn is going to be our main, if not only option locally and it’s likely to be big there for a lot of the week too. South westerly winds are going to be howling in for most of the week, maybe slipping north westerly through Wednesday afternoon.
So,let’s hope that your reflexes are sharp enough to whip into those Harlyn gainers that we can expect for most of this week!
Have a great week, wherever you are and whatever you’re doing!