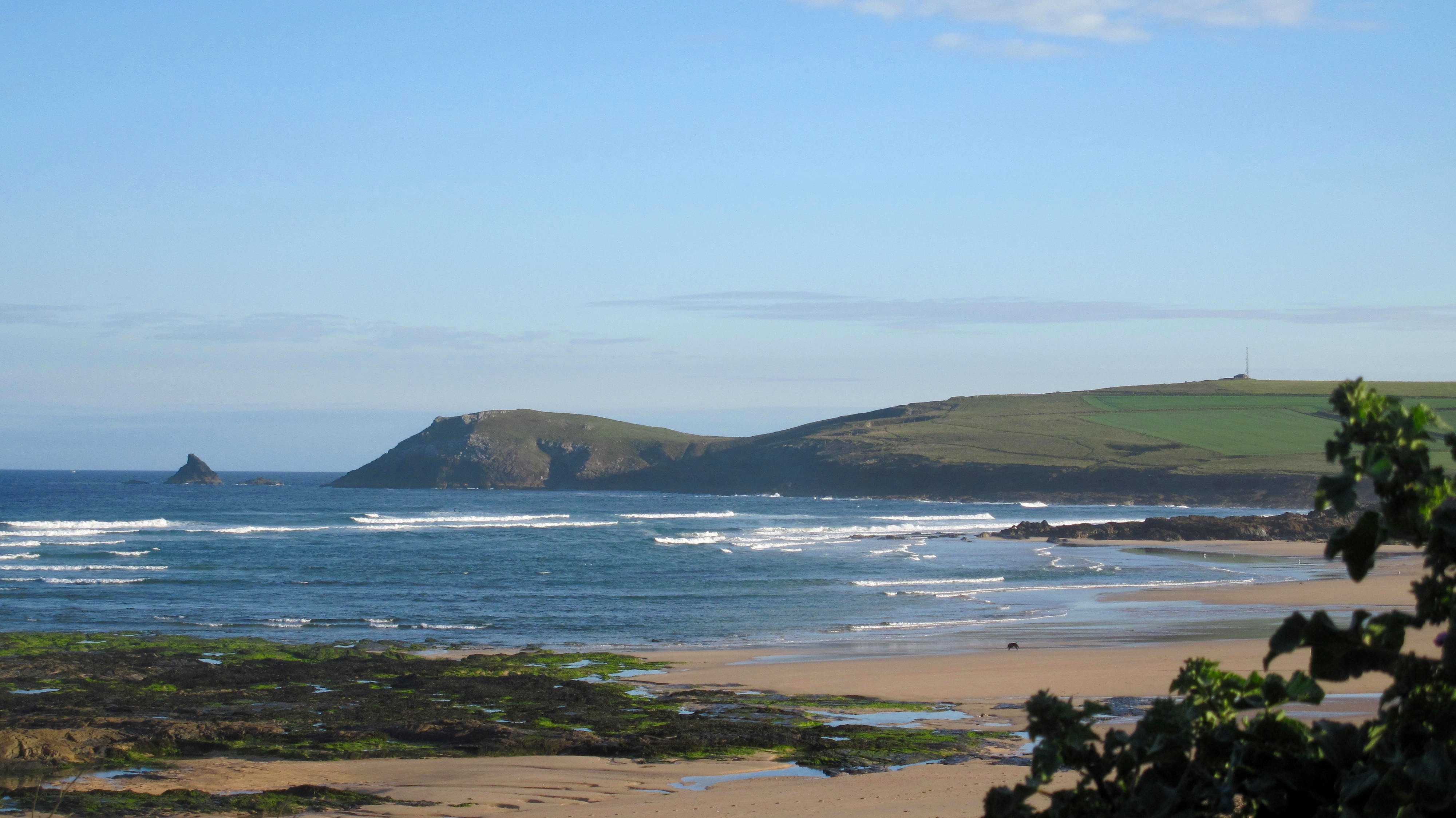 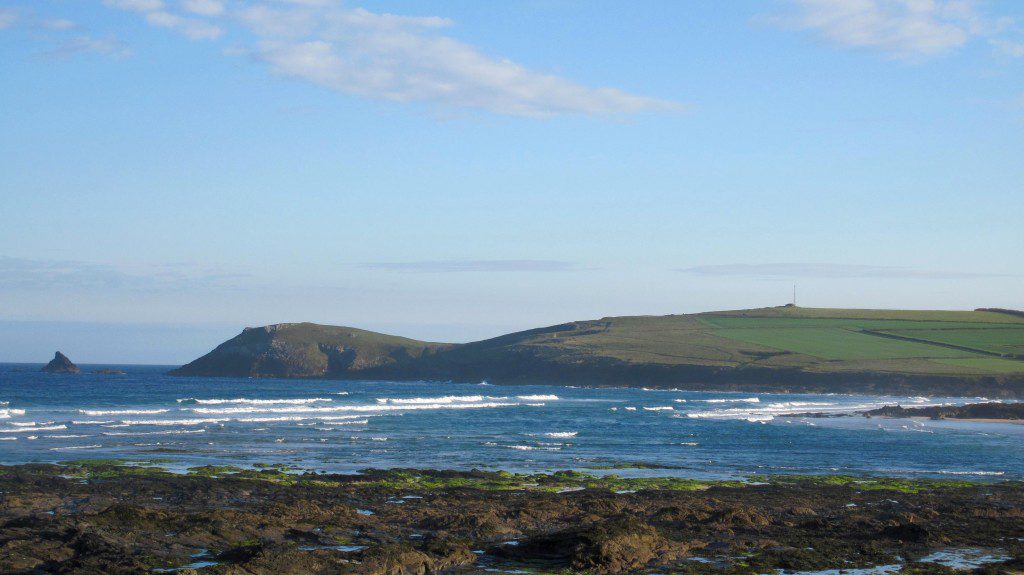 It is nice to see that blue, blue sky this morning, reflecting off that deep blue sea, a pleasant change after the last few days of thick fog.
And the sun is shining brightly this morning too!
The surf looks like a fun couple of feet, the wind steadily blowing onshore from the north west and so definitely ruffling that surf but not too badly, yet. It is making the air temperature feel that bit chillier though!
Other than that wind though, it is looking like a very pleasant day with small but okay surf! 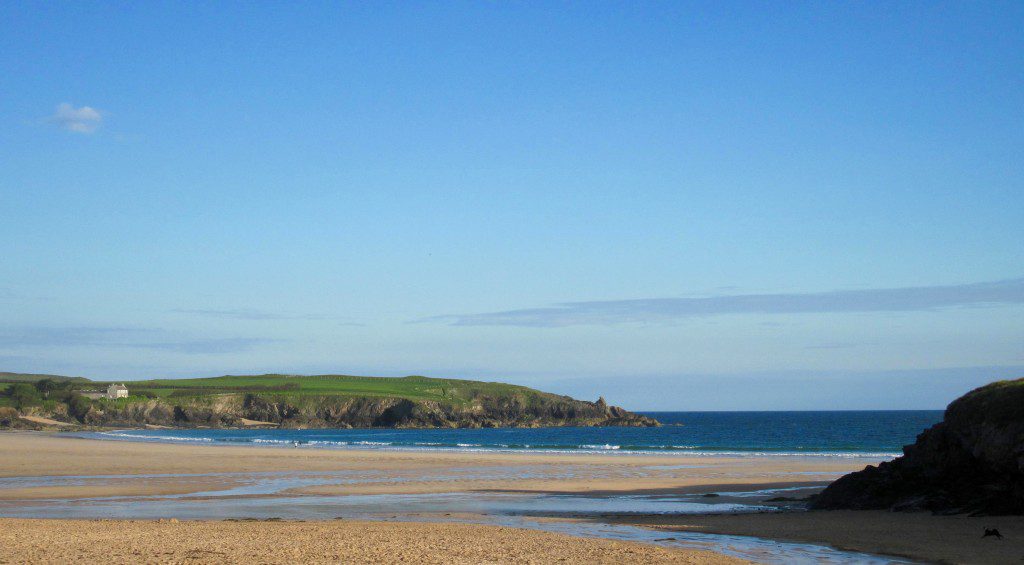 It is still fat around here this morning, that north westerly wind onshore here too and so making it all a bit sloppy.
So you won’t find any waves to surf here today but otherwise it is still a fabulous place to be, especially on a brightly sunlit morning like this with the sea reflecting that deep , deep blue that it does so well here!
But for surf, it’s the other side of the headland and it’s just about okay over there! 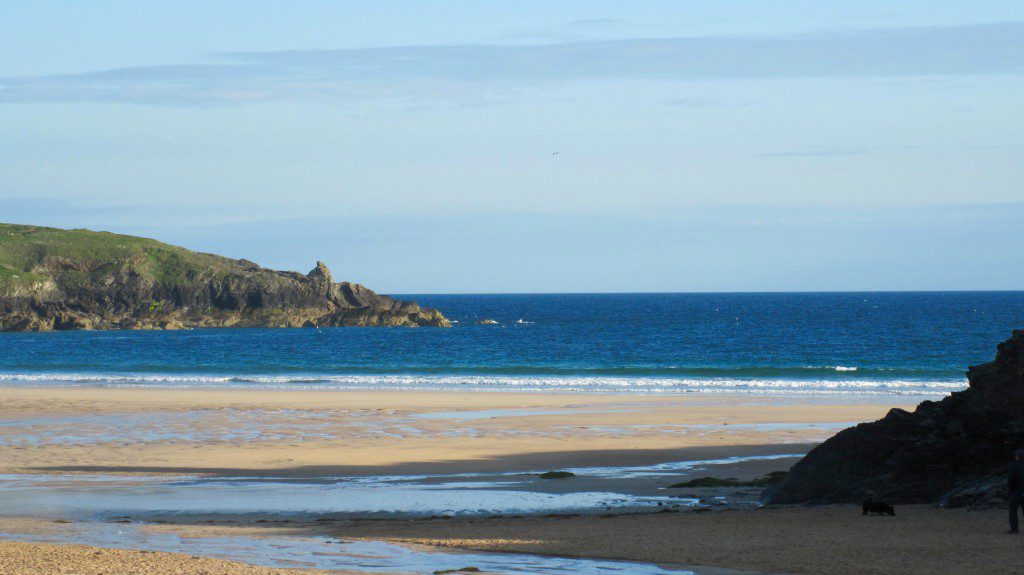 Surf Forecast for Wednesday 27th May 2015

That same localised and small, weak swell is likely to be stuttering in again today, a foot or two of fairly weak waves to test your wave catching skills.
There might just be some cleaner and sharper, more fun conditions early in the morning before the wind swings onshore as it builds into a steady breeze from the west. For most of the rest of the day through, we are likely to be enjoying that same couple of feet of sloppy surf.
But with that wind now coming from the west, at least there is a chance of an increase in wave size, if only a small one!

These steady, onshore winds are set for the week, gradually shifting from the north west through west and then back to north west.
The surf should build a little into midweek but is still likely to be not much more than a foot or two and quite a weak foot or two at that.
The weathers should stay relatively calm and relaxed but it’s unlikely to be wall-to-wall sunshine or anything, in fact it is likely to stay more cloudy than anything but it should stay mainly dry for most of the time too.
So, not the best week but not too bad either. We should be able to get in for a surf most days, even if conditions might not be as great as we would like. But at least it’s not flat, which it can easily be at this time of year!
Have a great week, wherever you are and whatever you’re doing!