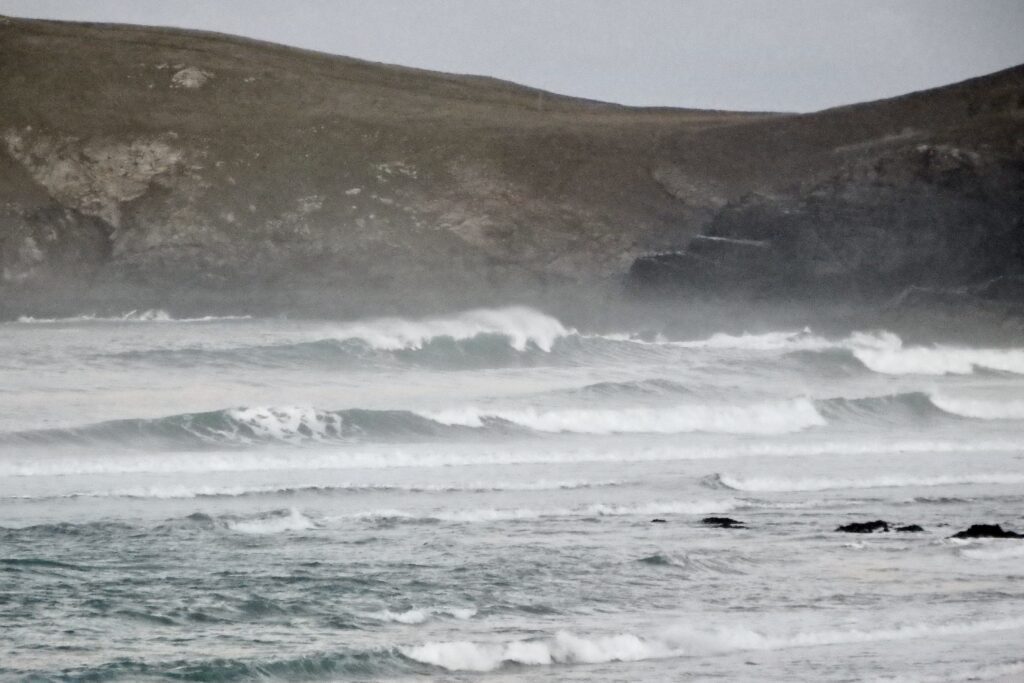 The wind is screeching into the bay this morning, heavy rain squalls patting the sand in a jazzy 4-4 time while the marram grass vogues to its own rhythm.
Four to six feet of rolling surf is lurching in, that heavy sou’ wester bullying and teasing the waves till they collapse ashore.
Theres’ plenty of surf but it’s not easily rideable, so let’s trot on round to Harlyn……… 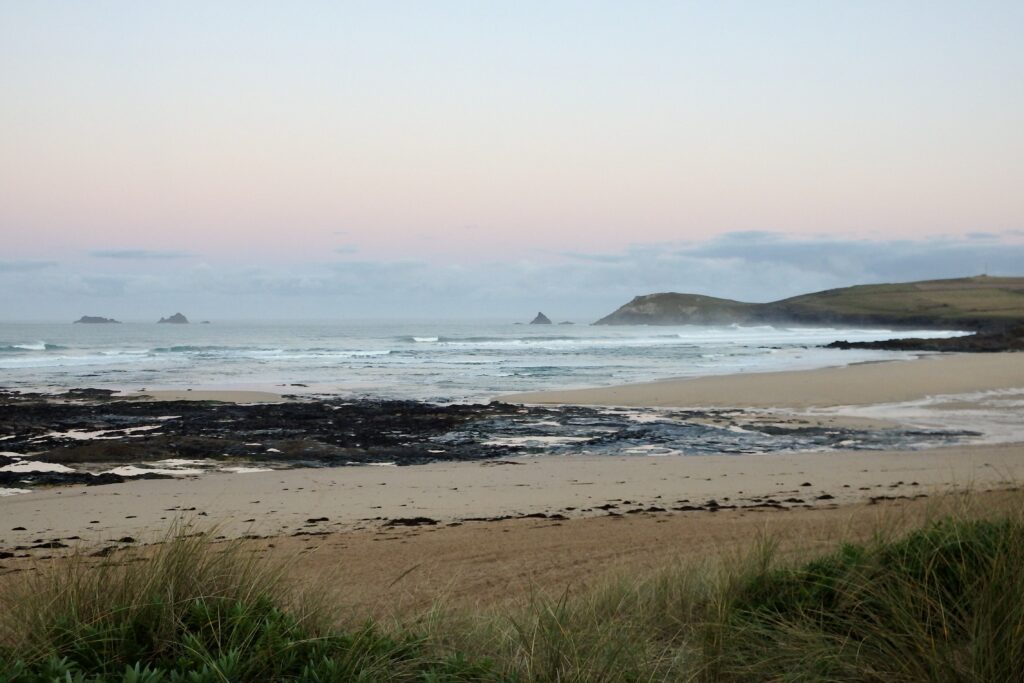 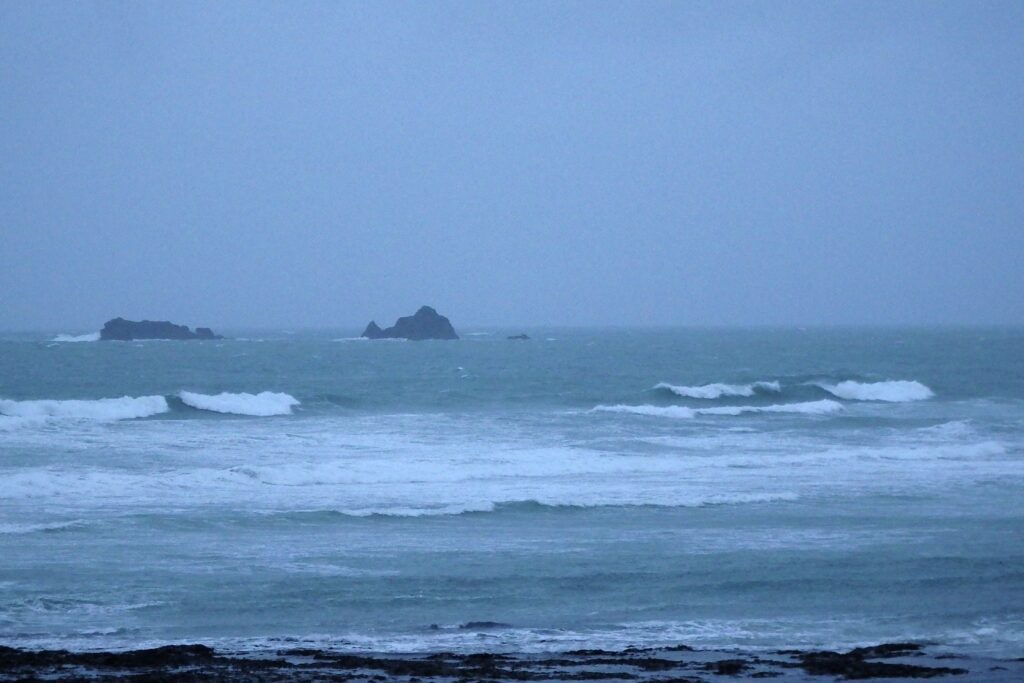 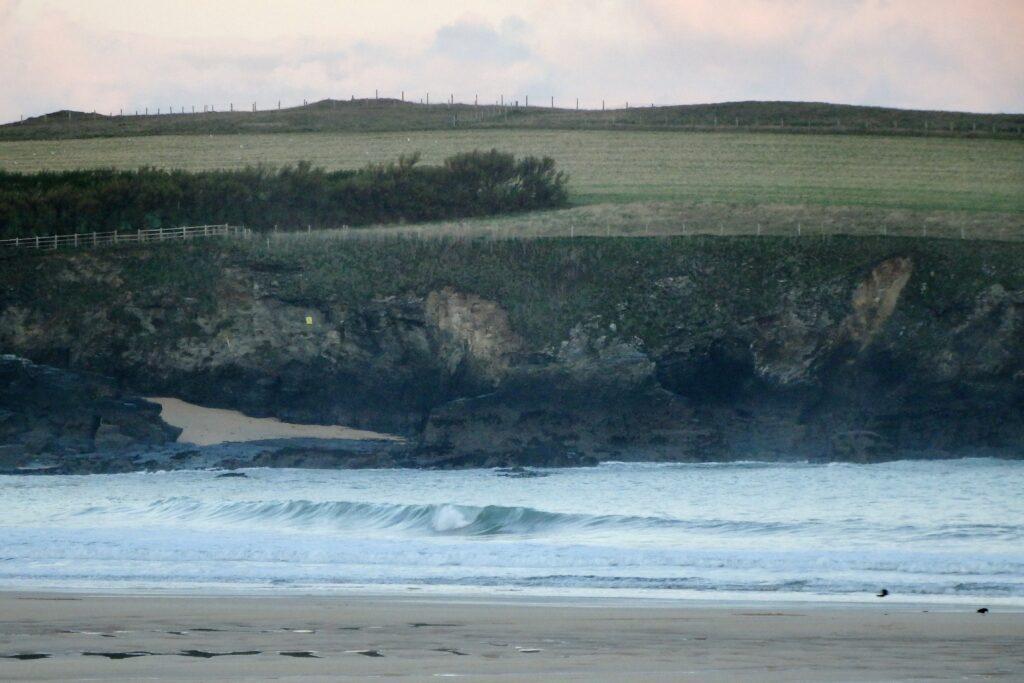 Thick and wedgy waves are heaving themselves onto the hardened sand at Harlyn this morning, those hollowing and fast breaking waves hitting three feet and occasionally much bigger, even on the dropping tide.
The Rock is spinning them off very occasionally but you do have to wait for those!
And expect it to build a whole lot as the afternoon tide pushes in hard, it should be well into that ‘BIG’ range by dark! 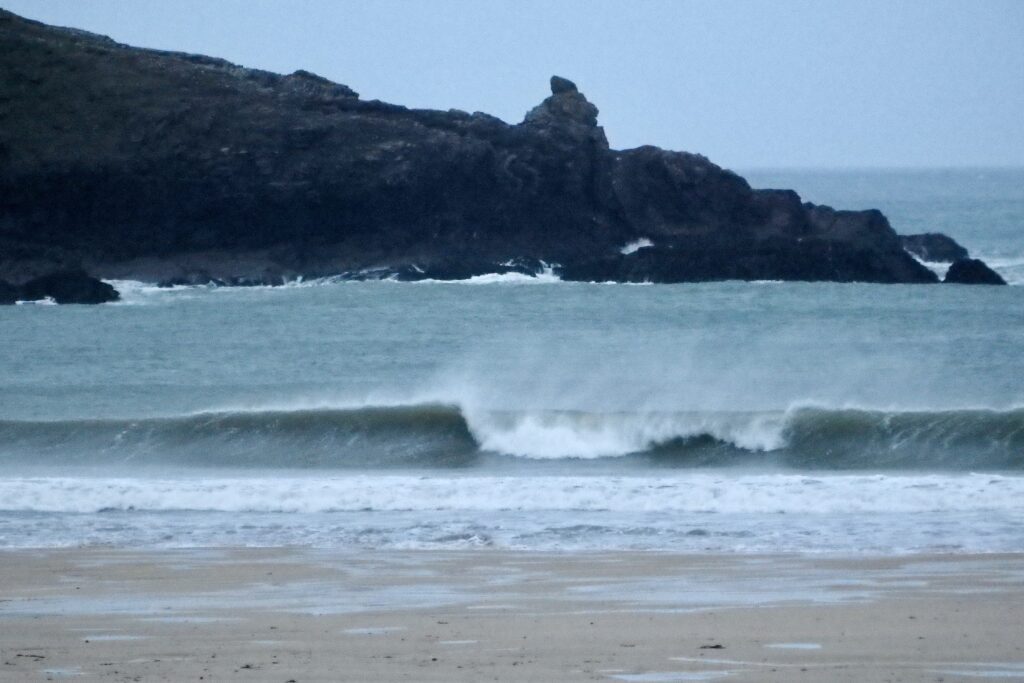 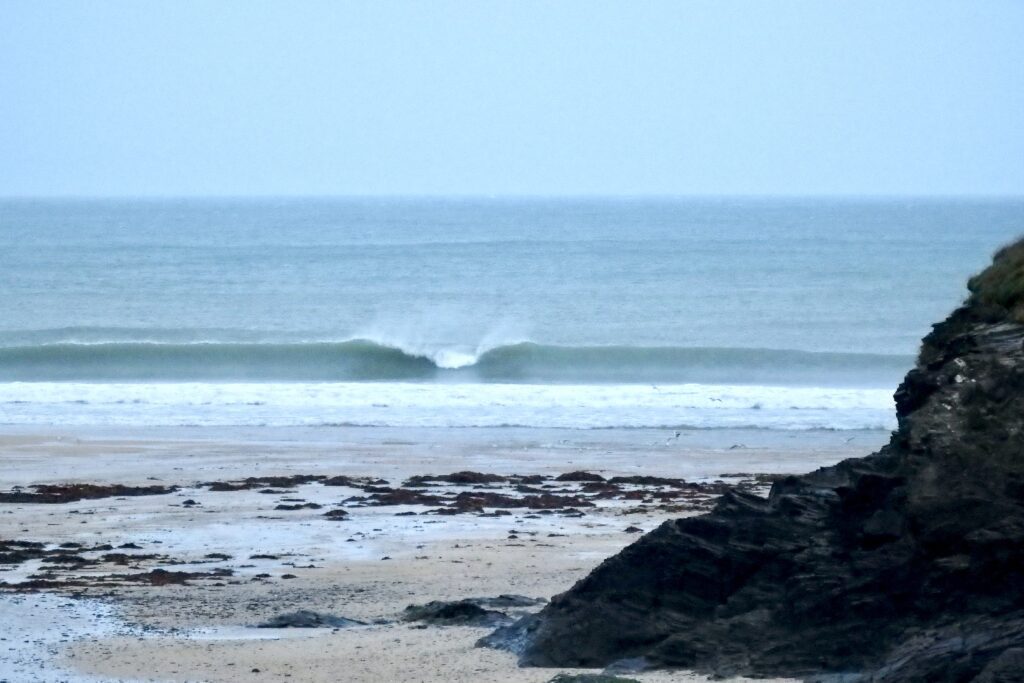 Westerly storms are going to continue to trash any hope of rideable surf at our preferred surf breaks, even Harlyn being big and bumpy, especially through the afternoon as the wind veers slightly to the north.
That’ll be colder!
So if you want some clean surf you’ll have to slip away to the other coast again!

A wet ‘n windy week is promised this week, the south westerlies at the start of the week gradually giving way to colder and more irritating north westerlies by midweek.
Harlyn should be big and booming through Tuesday, getting really big as the day goes on but getting sloppier and choppier as the swell peaks on Wednesday.
The wind is likely to start calming through Thursday afternoon but it is still probably going to stay north westerly, onshore everywhere.
The South Coast is going to be beckoning all week long again while there’s not going to be much rideable surf on this coast after Tuesday!
Have a great week, wherever you are and whatever you’re doing!