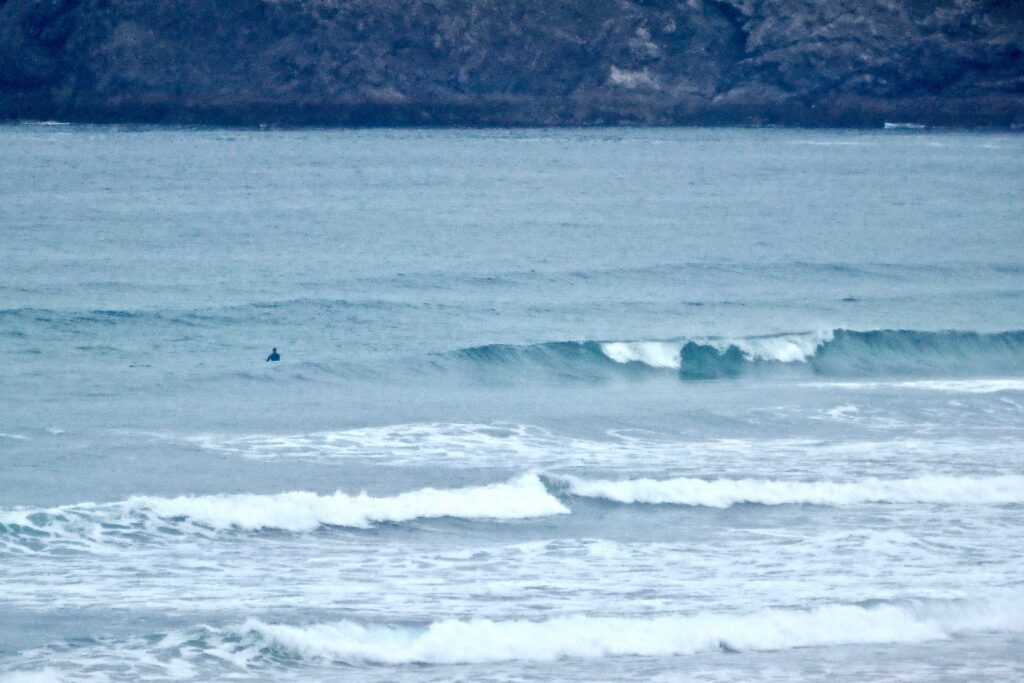 It seems to be a slow starter today, a lightly overcast, still and almost sullen kind of a morning which is already but only slowly giving way to something brighter and lighter.
The surf looks fun with a decent three feet or so of clean enough and steep enough waves tumbling onto the breaks, the breeze a super light onshore from the north but it’s not having too much effect on those waves yet.
We might just see something brighter and bigger and all round better on this afternoon’s tide! 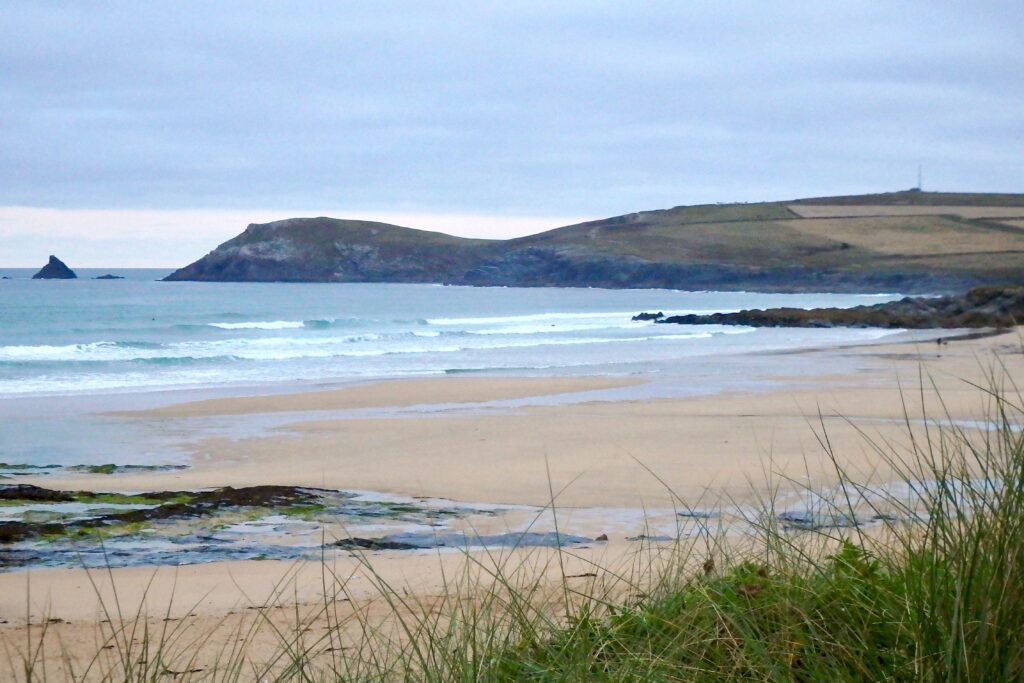 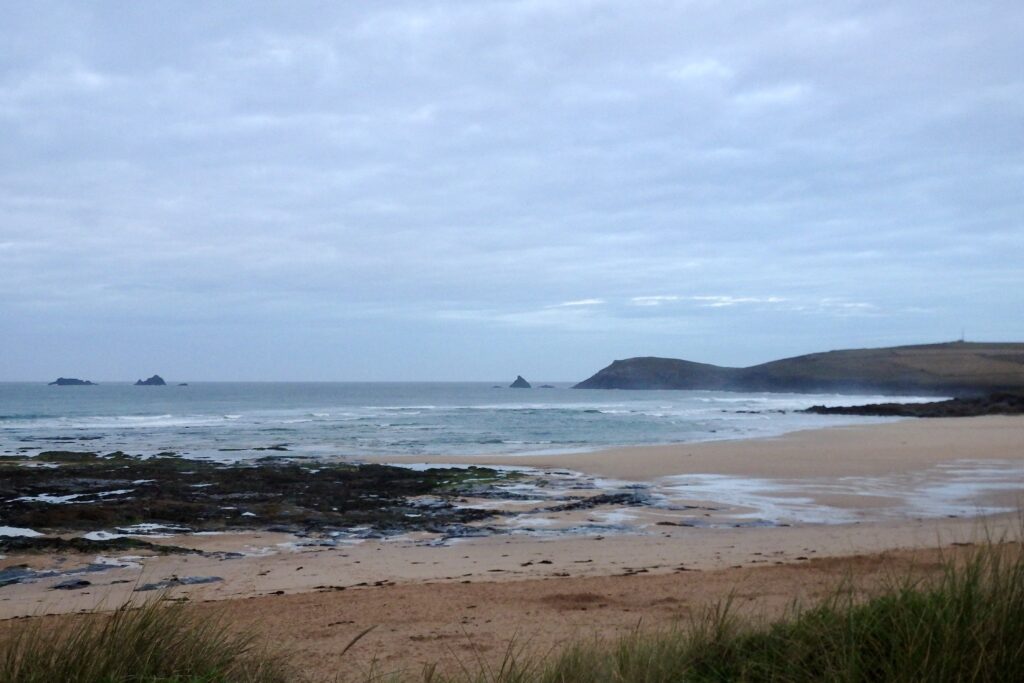 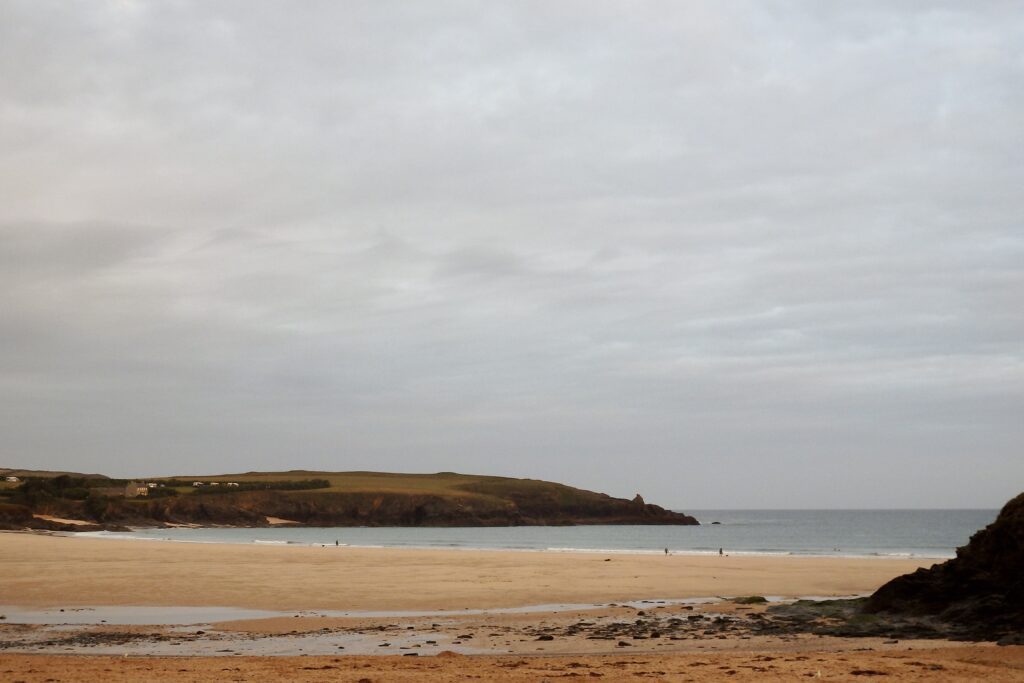 No waves are getting around to Harlyn today and the breeze is onshore here today anyway. But it is still retaining its own personal charm in a surfless and overcast last kind of way though.
It might be worth going for a little SUP paddle later on maybe. 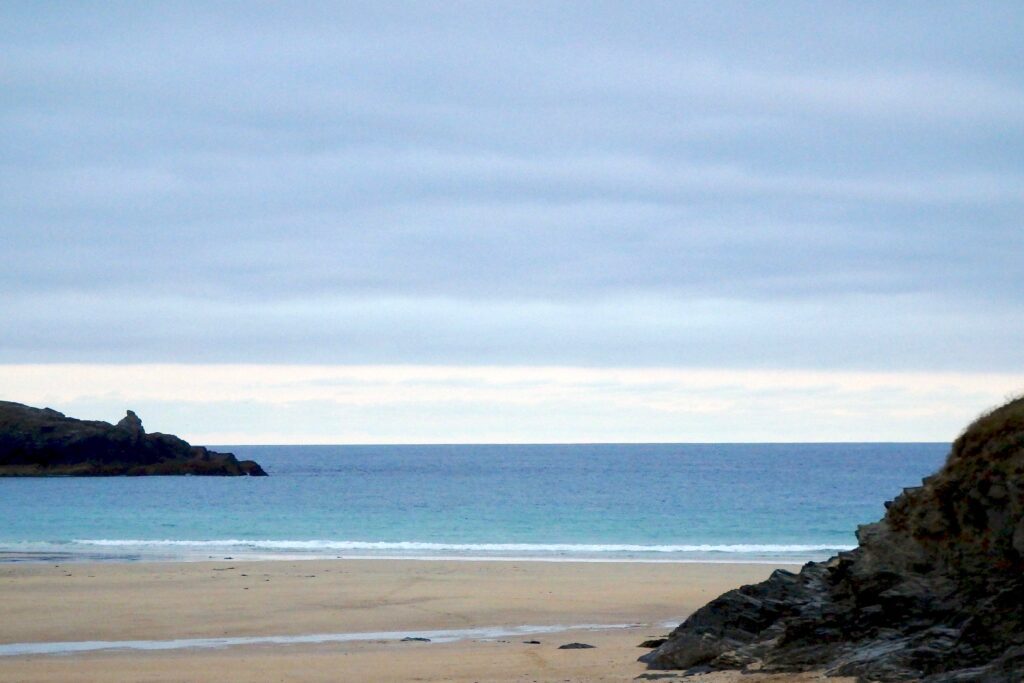 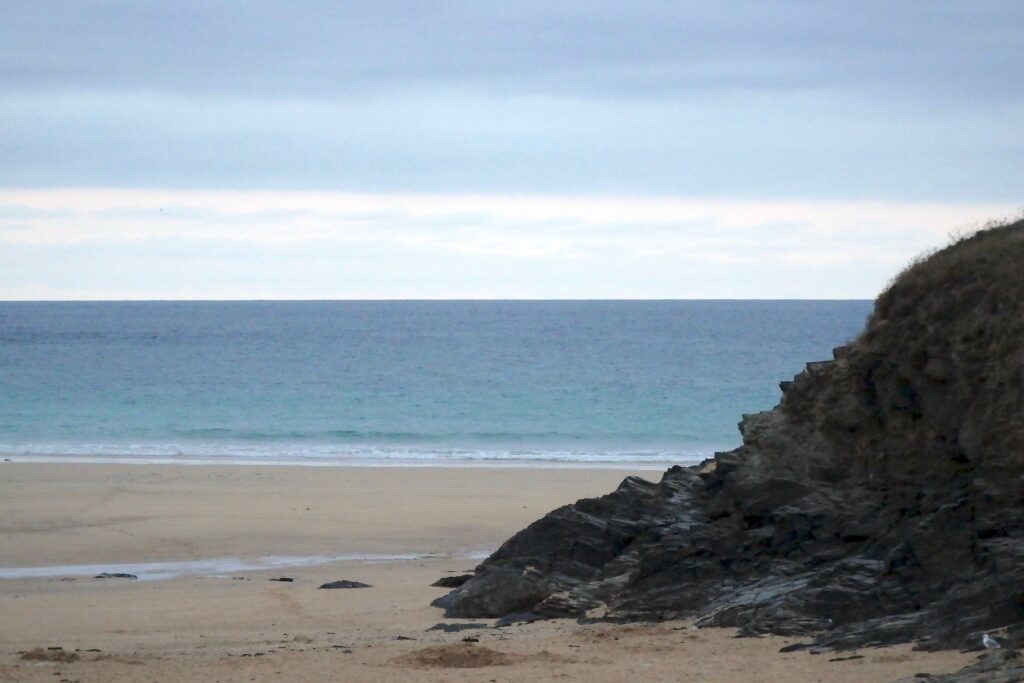 The wind looks as though it’s going to pick up today, starting out from the south west but quite quickly slipping to the north west, probably by mid morning.
So, sloppy and junky, mixed up surf is as much as we can get excited about today!

It might just feel like the end of summer this week as the beaches quieten and our visitors gradually disappear to ready themselves for work and school and college and travels, the sun struggling a little more through the gradually increasing cloud cover, the wind more noticeable as we go through the week too.
Tuesday’s pleasant brightness and fun little surf is likely to turn into something more overcast and less attractive by midweek, the surf being blown about a bit more by North westerly winds through the afternoon.
Westerly, going south westerly winds will make a mess of the two to three feet of sloppy junk surf through most of the back half of the week but there should be those little sessions opening up when tide and wind and swell conspire to provide some steeper and more fun little peaks and wedges to bounce around on.
So a mixed old week to wind down the summer holidays on but with plenty of opportunities to eek out some fun surf sessions still!
Have a great week, wherever you are and whatever you’re doing!