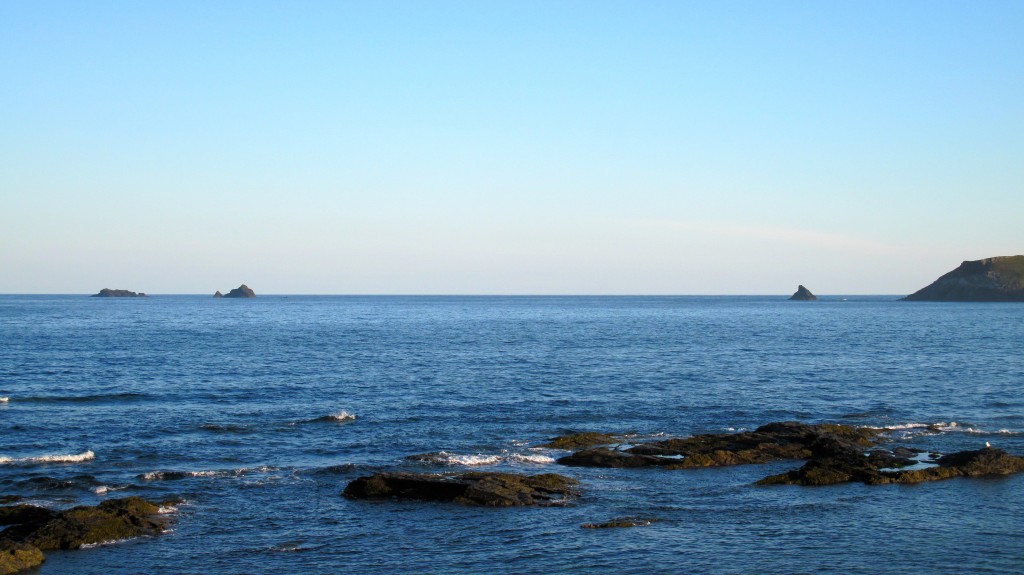 It is a beautiful morning, one of those calm and gentle ones, a clear sky reflecting off a deep blue sea.
But that deep blue sea is flat, a tranquil infinity pool of smoothness with not a wave to be seen. No, you’re not going to get a surf in around here, not yet!
Looking at the weather charts, there is just a chance of something more rideable later on, maybe by this afternoon. It’s still going to be tiny but there might just be enough to allow the surf schools to get the kids stoked.
As for the rest of us? Well, the wait goes on. Flat day blues are kicking in and the groms are getting twitchy!
But there should be something on its way, only small, probably tiny but it should be rideable soon enough.
In the meantime, anyone want to buy a skimboard? Or SUP? Frisbees?….. 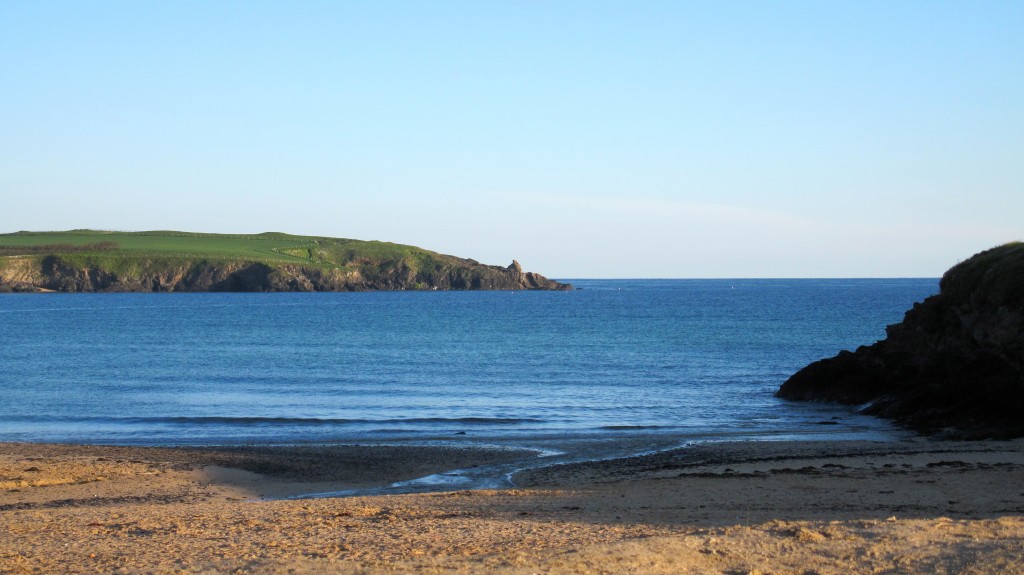 With the other side being so calm this morning, it’s no surprise at all that it is completely flat here today too.
It is a beautiful place to linger a while, maybe launch a paddle board or boat or somesuch but you’re not going to get a surf in, not here, not today!

Surf Forecast for Wednesday 28th May 2014

We should be seeing some movement in the Atlantic today, only small but there should be some waves to ride out there.
A foot or two of maybe a little crumbly surf should be splashing our way by the morning, the sunshine helping to make it look a bit more attractive than it might otherwise be.
The breeze should stay light, from the north north west maybe and so feeling a little chilly while crumbling those little waves. But it should be no more than a breeze even through the afternoon when the sea breeze effect kicks in.
So, a day for a longboard, maybe improving with the afternoon incoming tide.

The surf has temporarily disappeared at the same time that the weather has reverted to type this holiday weekend.
The ‘mixed’ weather seems to be very slowly disappearing and we should start to see more and more brightness and fewer showers as we go along with nice enough weather forecast for midweek.
We are lucky here in that it rarely goes that flat for very long but those little waves have completely disappeared, hopefully only for a wee while.
It’s not going to be great for surf just yet, there will be some slightly bigger and just about rideable stuff coming through for midweek, with a foot or two to build on by Wednesday.
But the wind is likely to drift in onshore just as the weather brightens!
So a foot or two of fairly crumbly, maybe sloppy surf is the most that we can expect for a few days yet but at least some of that should be in bright and cheerful sunshine.
Have a great week, wherever you are and whatever you’re doing!