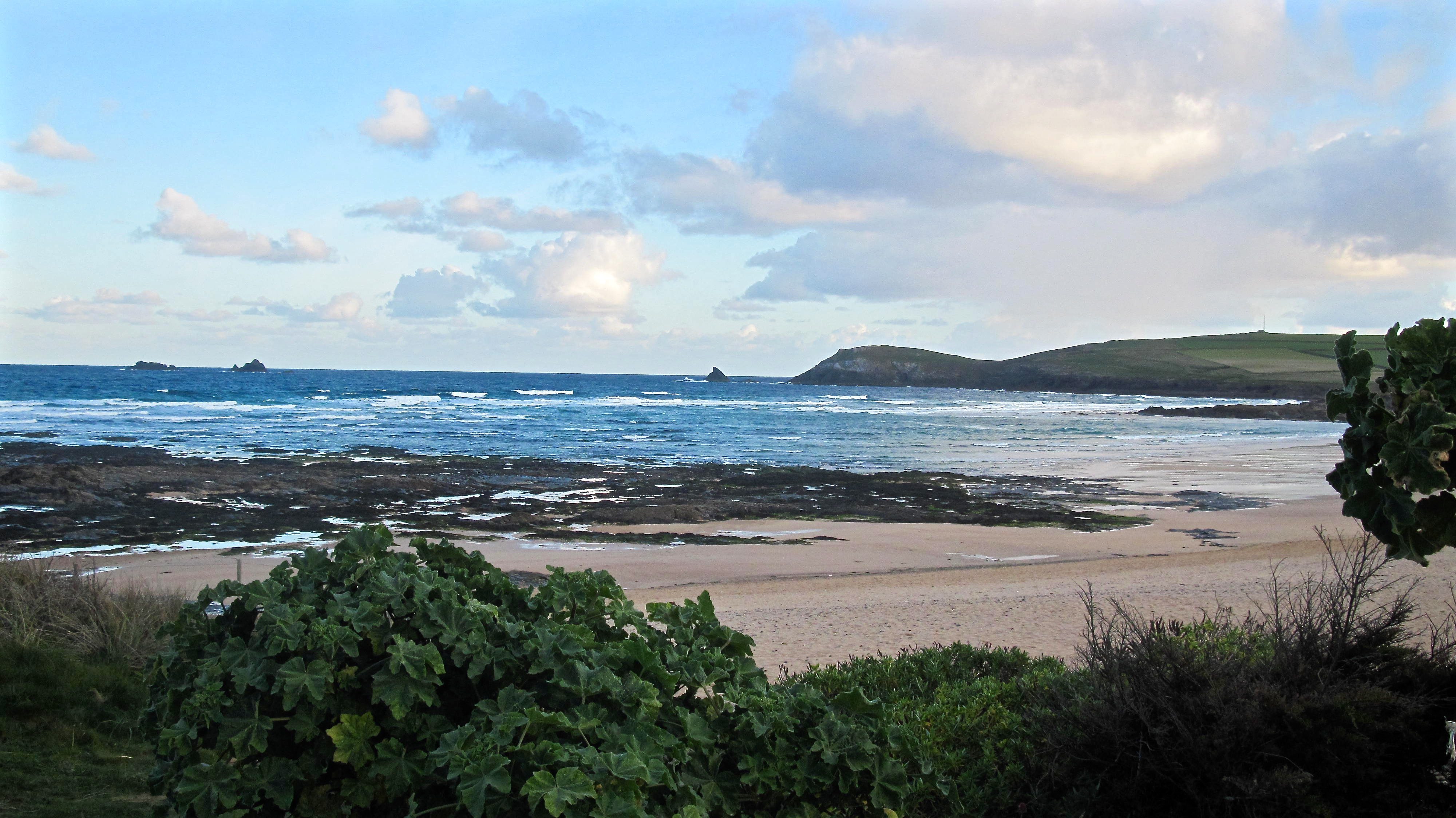 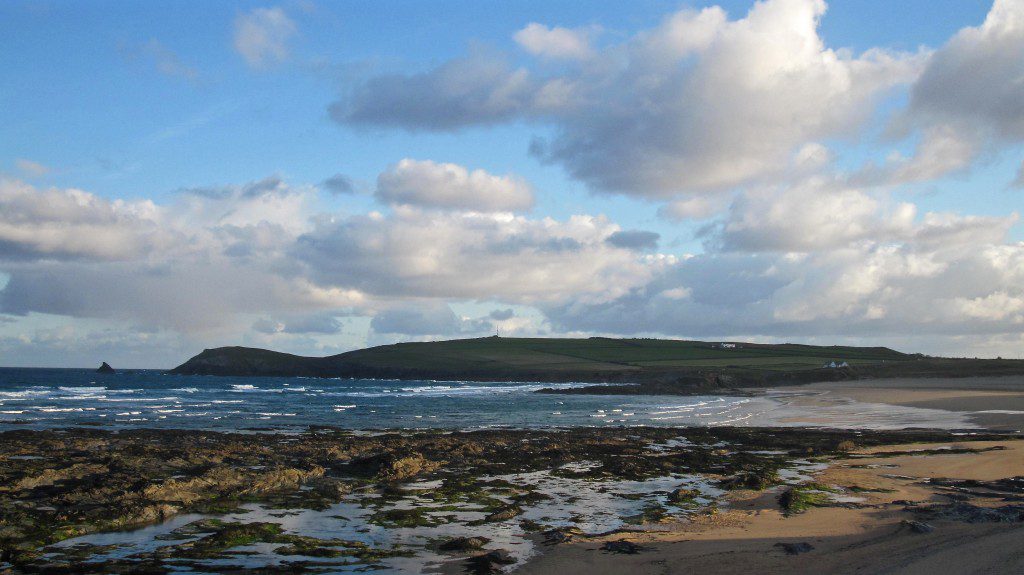 It’s a wee bit chilly out there this morning!
There’s a biting north westerly wind whistling across the headland and pushing across the small two feet or so of broken up and choppy surf. The sky is bright enough, the only clouds being big and fluffy and white ones and so it looks like it’s going to be pleasant enough, if you can get out of that wind!
The surf is junk though and it is going to take a dramatic wind switch to allow any improvement to it. That could happen this afternoon with the wind forecast to back to the south west. That will help to push some extra surf our way but it is still going to be onshore here.
But if the wind does switch and enough swell is pushed in then Harlyn might (notice that ‘might’?), might just get okay this afternoon.
Maybe.
But right now there is only junk surf here and probably there too.
Let’s have a look; 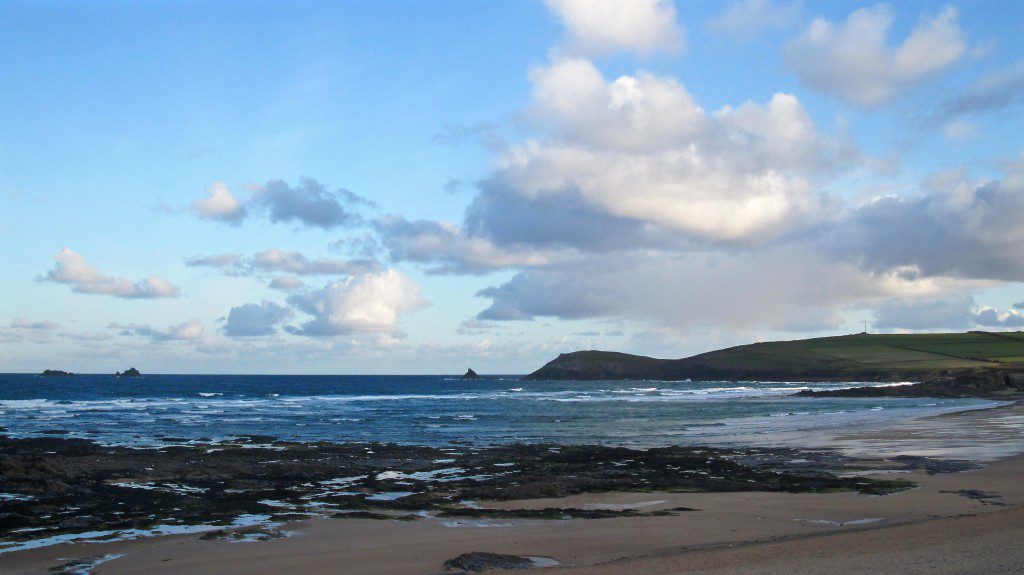 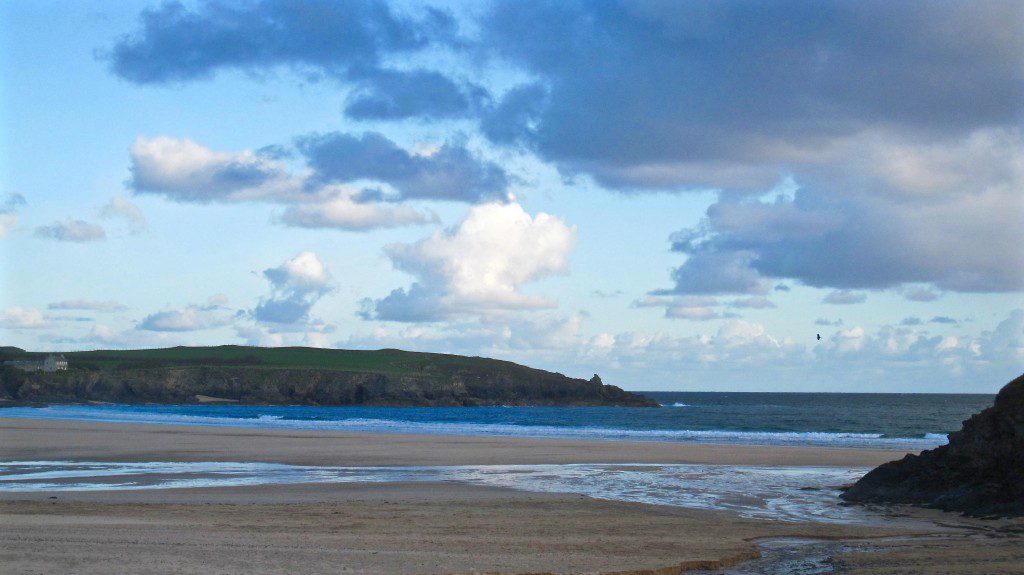 It’s pretty much flat and choppy around here this morning, that cold north westerly wind pushing and tugging at the water’s surface.
It looks as cold as it feels in that wind too in spite of the clear and clearing skies.
It could be worth a little look back this afternoon though, the forecasts are showing the wind veering to the south west which is offshore here. So, if enough swell does swing in by this afternoon then we could get something cleaner to ride.
But it is likely to be still only small though. 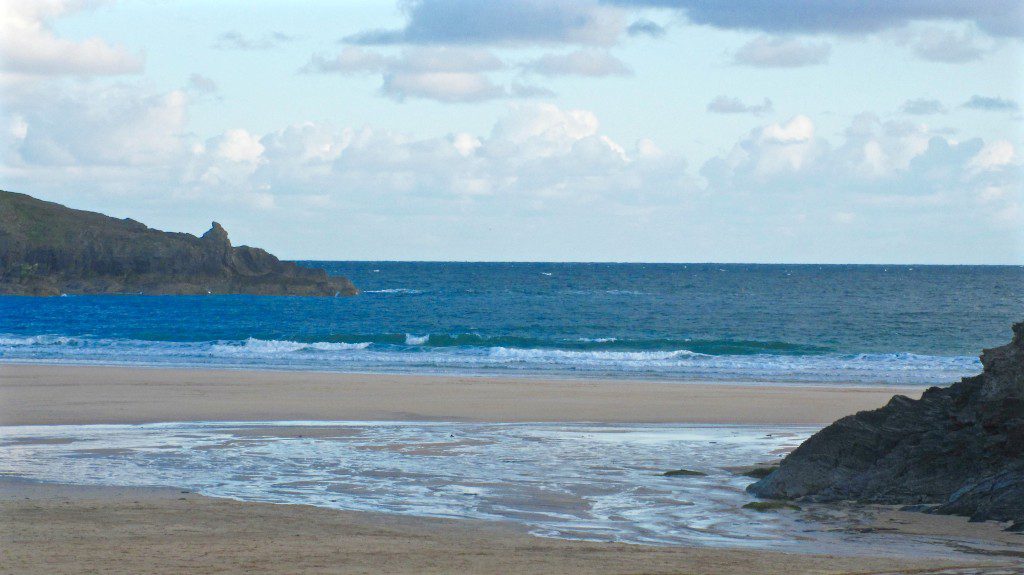 Those west north westerly winds are set to continue through the day, chilling the air temperatures and chopping the surf.
The swell is likely to be bigger but it is still probably going to be choppy and sloppy too.
Three feet, chilly and choppy!

A week of more typical April conditions lies ahead, the wind starting off the week steadily blowing in from the north west, cold and making a mess of the small and already quite weak swell, the sky bright enough for most of the time but with those April showers never too far away.
Barely a foot or so of choppy and jaggedy, weak surf is going to start off the week, getting just a little bigger but staying mainly junky into the middle part of the week. The best that we can hope for is a bit of a twitch in the wind to westerly or south westerly through Tuesday afternoon. At least that will help to push up some bigger surf.
But other than that it’s not looking that great!
At least we will have time to repair and ready boards and body after the last few weeks of all that wonderful surf!
And it is starting to look a little more promising for some small but clean surf at the end of the week!
Have a great week, wherever you are and whatever you’re doing!