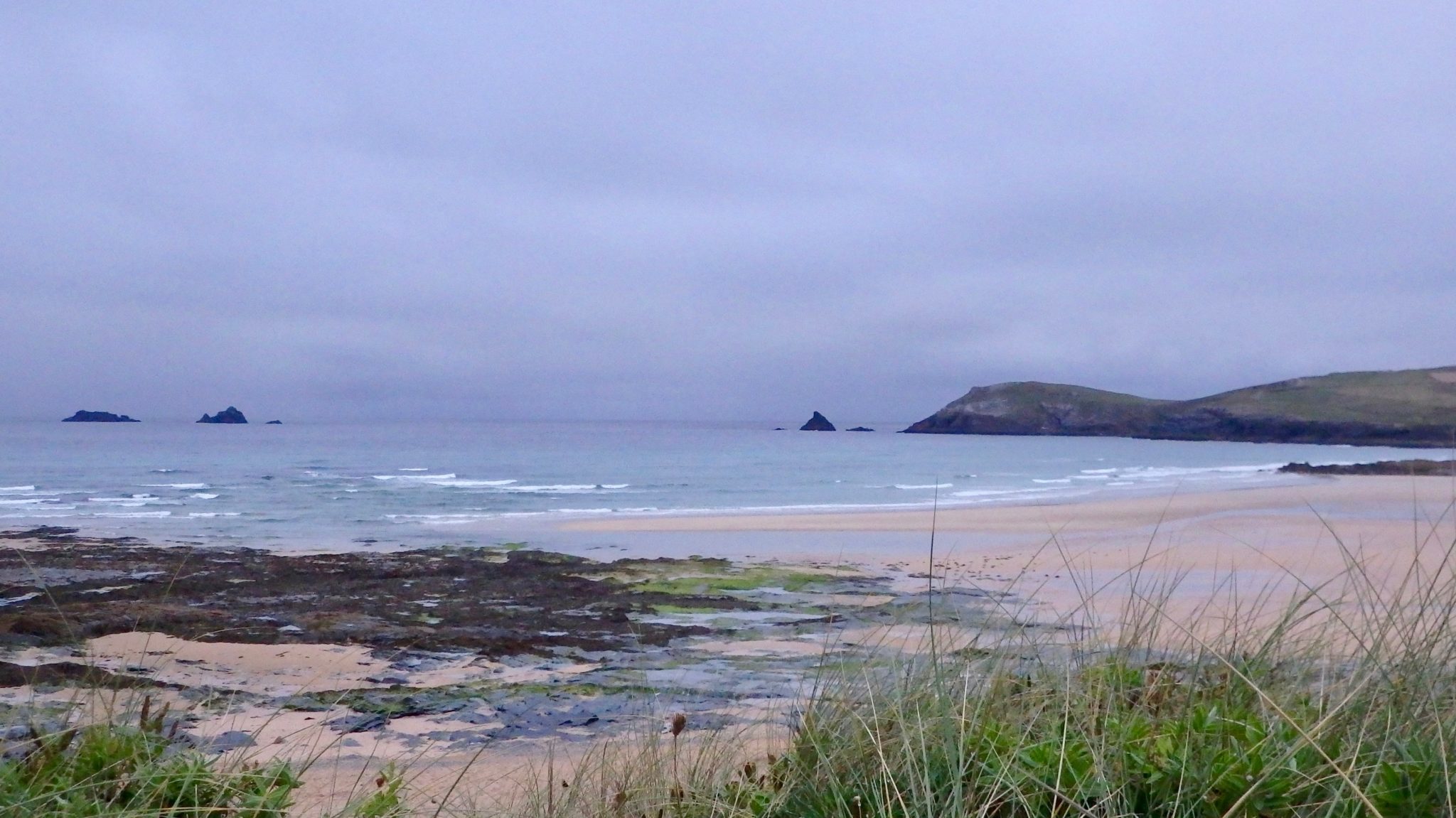 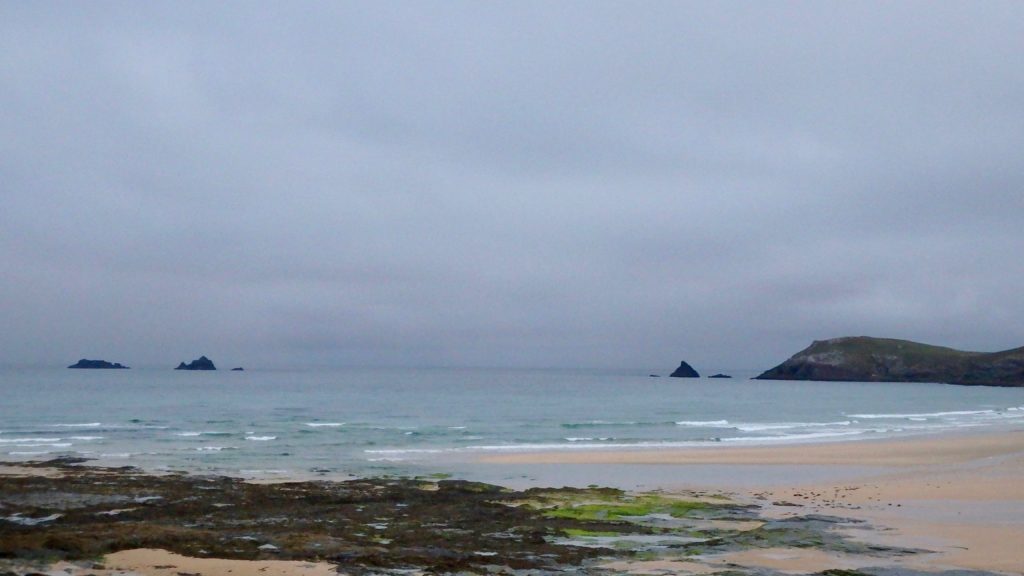 Ah, here we go, back to normal!
The sky is grey and a steady north westerly, onshore breeze is pushing a thickening mizzle our way, that kind of penetrating wetness in a breeze that is just strong enough to be annoying!
The surf is almost flat as well, with six inches to a foot of weak and wishy washy little junk surf bouncing its way to the sand.
So it is all a bit different to the holiday weekend but, with only a little bit of luck we might just see the those little waves increase in size later. It is still likely to be only small and still sloppy but at least there might just be a little more oomph to it by this evening! 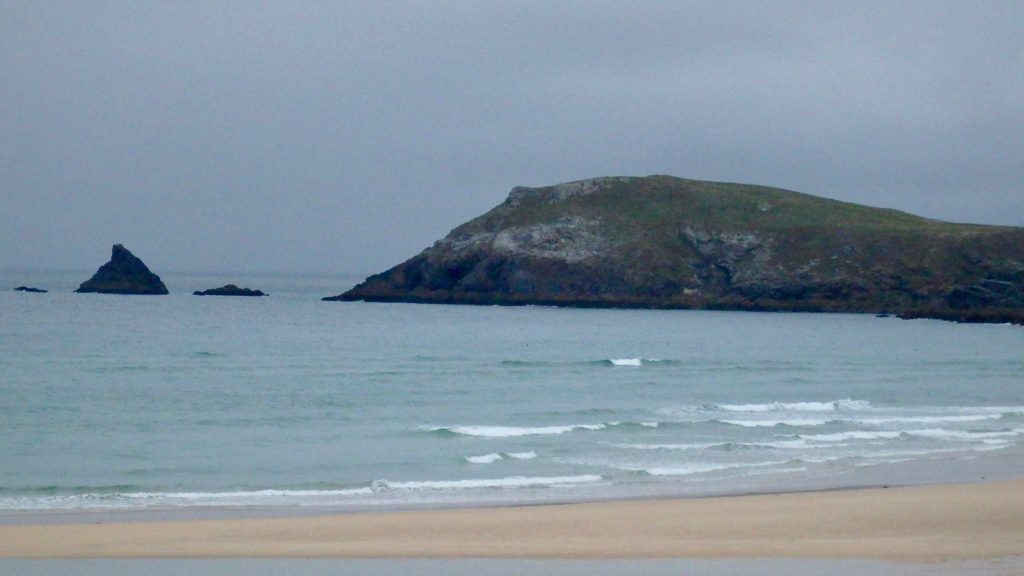 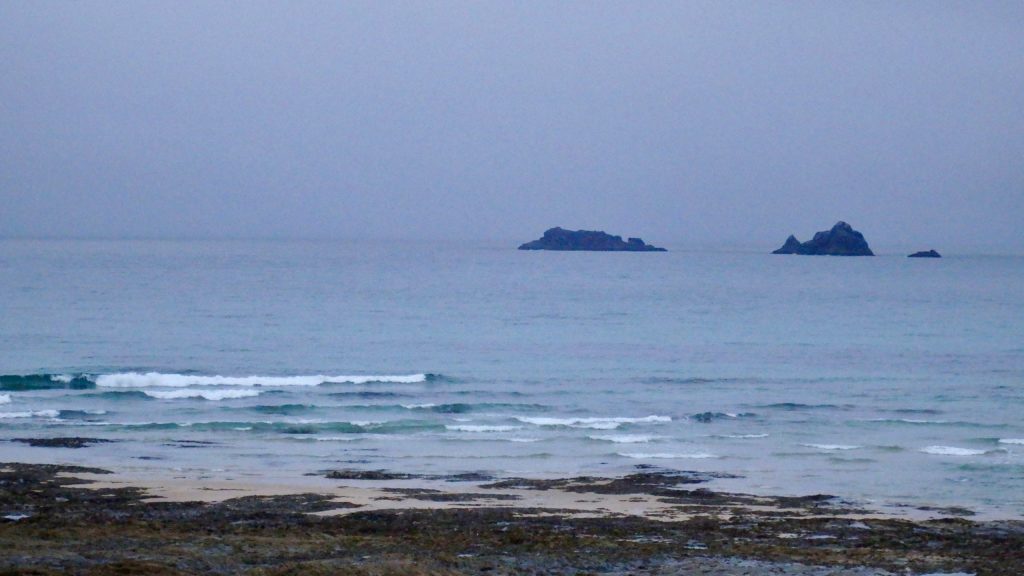 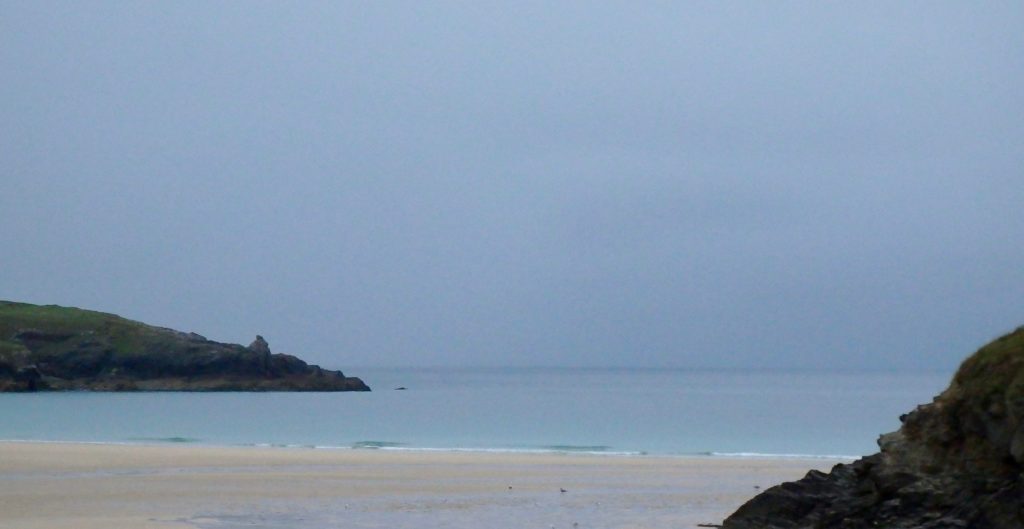 Harlyn is still flat, a cloud covered bay nestling in the gloom of a breezy and mizzly morning.
And there’s not much hope of any improvement in the surf here today either, it’s the other side for some tiny slop surf if you’re keen enough! 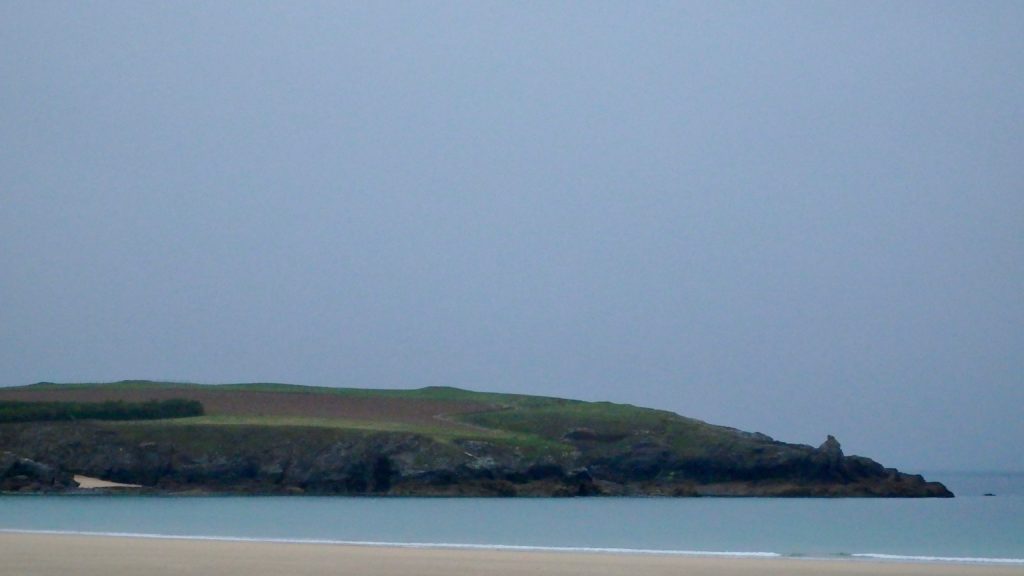 Light and variable breezes aren’t going to trouble the one to two feet of thickening surf today but we will still be enjoying only small and still quite weak and sloppy little surf. It might just get a little bit bigger in the evening but not much bigger!

After Monday’s beautifully still and calm conditions, light north westerly winds are going to take us into the rest of this week, keeping the air temperatures just that bit lower than they might be while not helping the surf in any way either.
And so, as our seasonal visitors gradually wave goodbye on their return to reality, the weather is likely to ease away from that loveliness of the holiday weekend too.
Only tiny little waves will be breaking as we go into the week, the stillness of Monday being replaced by some sloppiness by Tuesday. We should see some slightly bigger waves by midweek but only in the two to three feet range and that is likely to be quite a weak two to three feet as well!
It looks as though it’s going to be well into the weekend or even the start of next week before we see anything worth getting excited about surfwise!
Have a great week, wherever you are and whatever you’re doing!