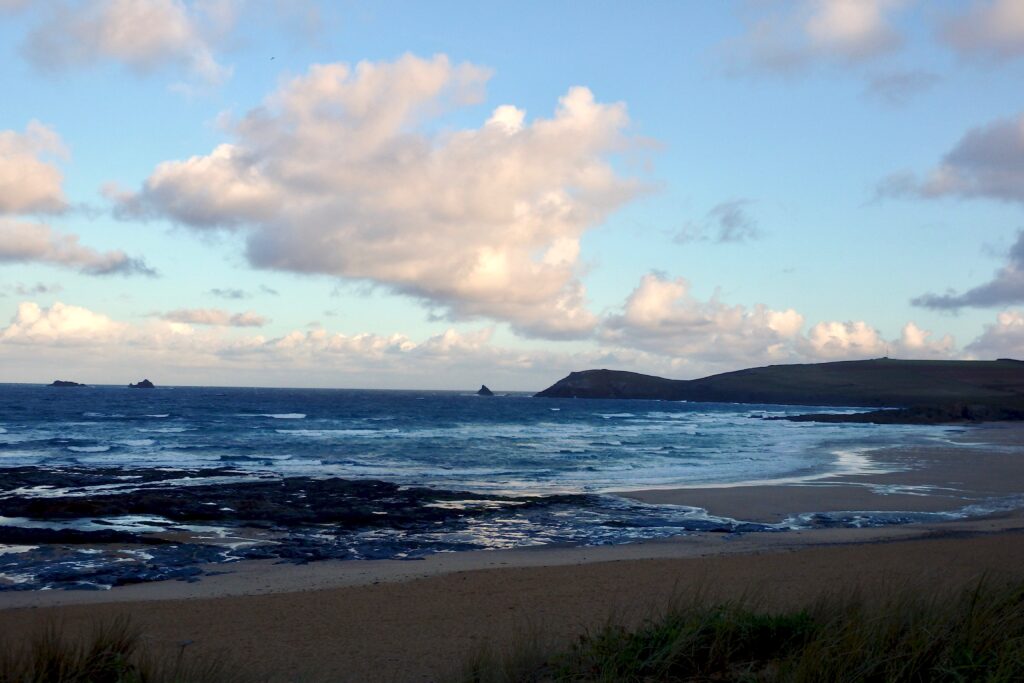 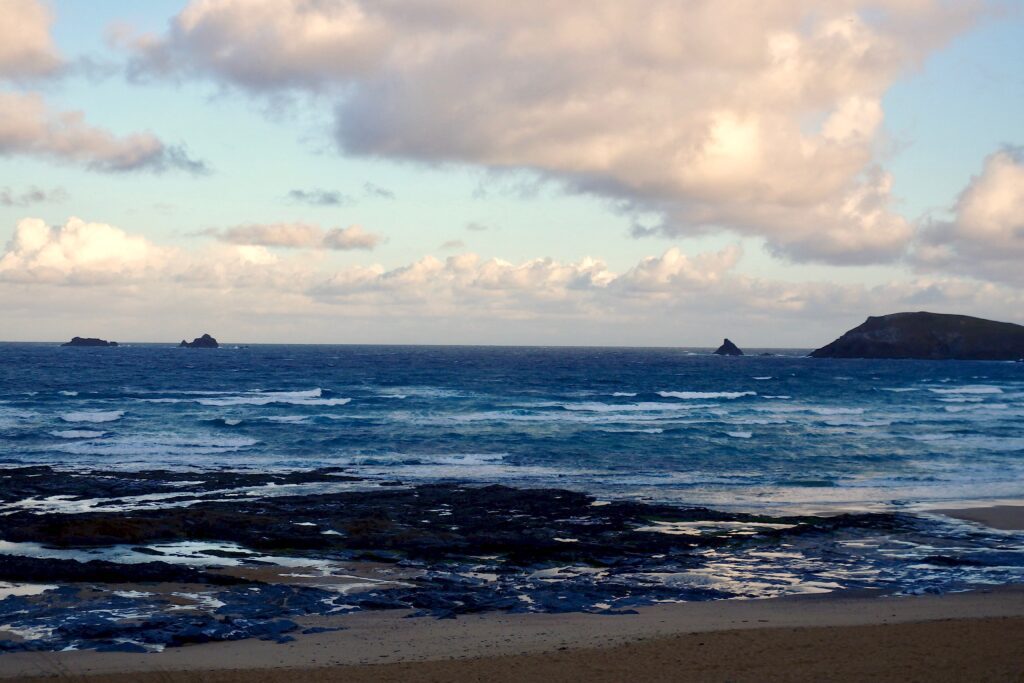 Maybe yesterday was a cruel April Fool’s joke played out by Mother Nature; teasing us into believing that Spring has settled in, when in reality Winter’s chilly fingers are still ready to shiver us.
A fussing north westerly wind is blowing coldness our way, tugging and pulling, all chill and bluster.
And it’s wrecking the surf, that three feet of grey and wintery, jagged surf being the best that we can hope for here today! 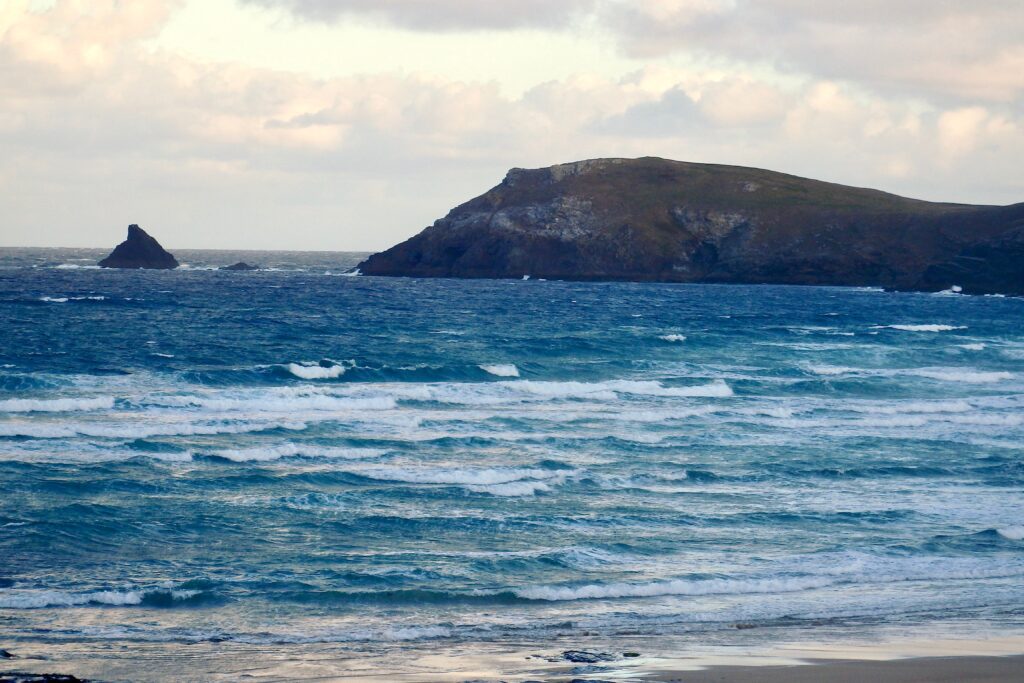 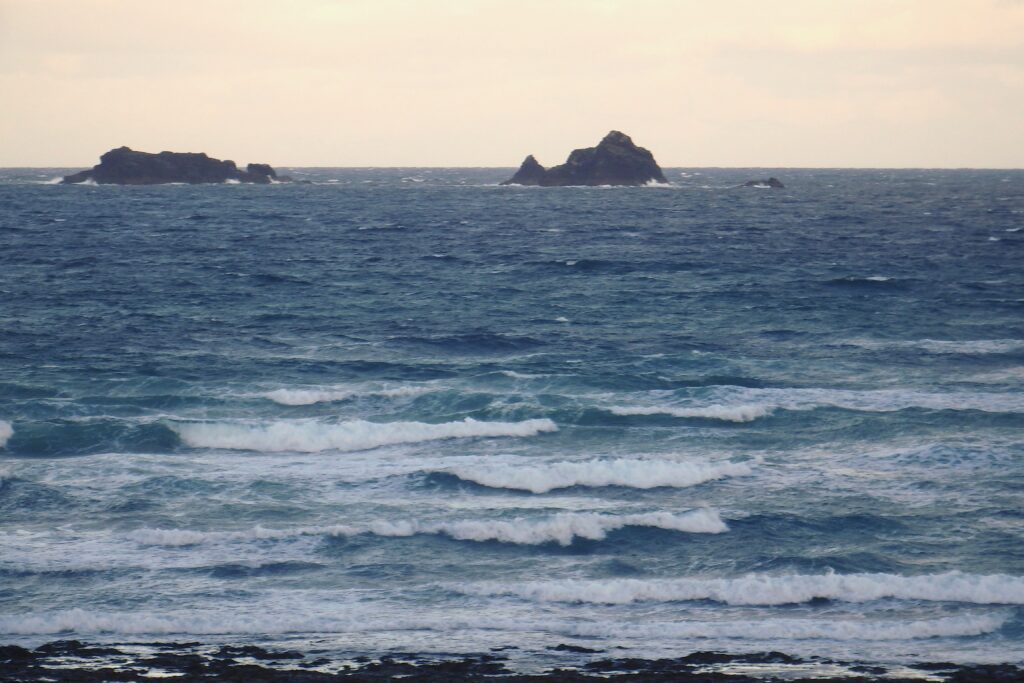 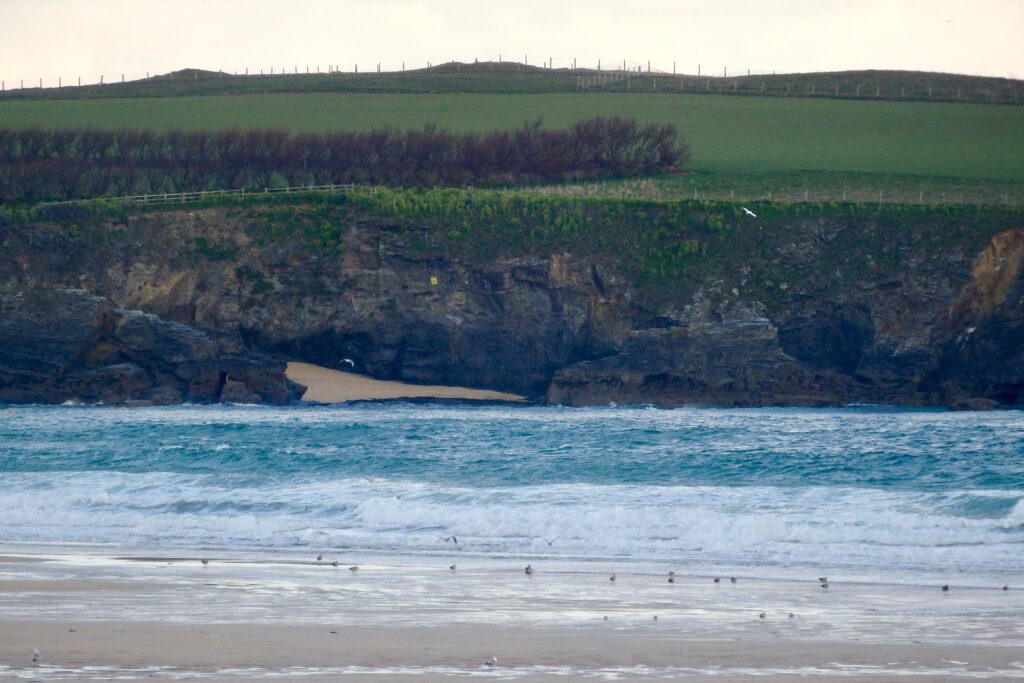 The wind is screeching into the bay at Harlyn this morning, barging and shoving the tiny surf out of its way.
A foot of winter grey and wind chopped little waves are being flung onto the sand here this morning – not the place to aim for a surf! 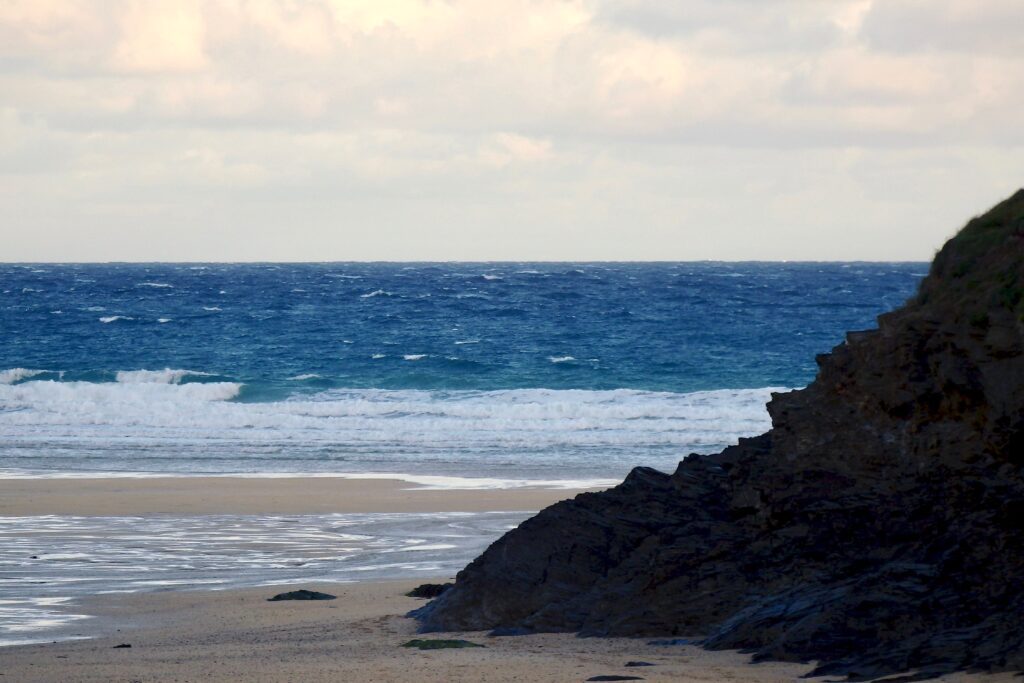 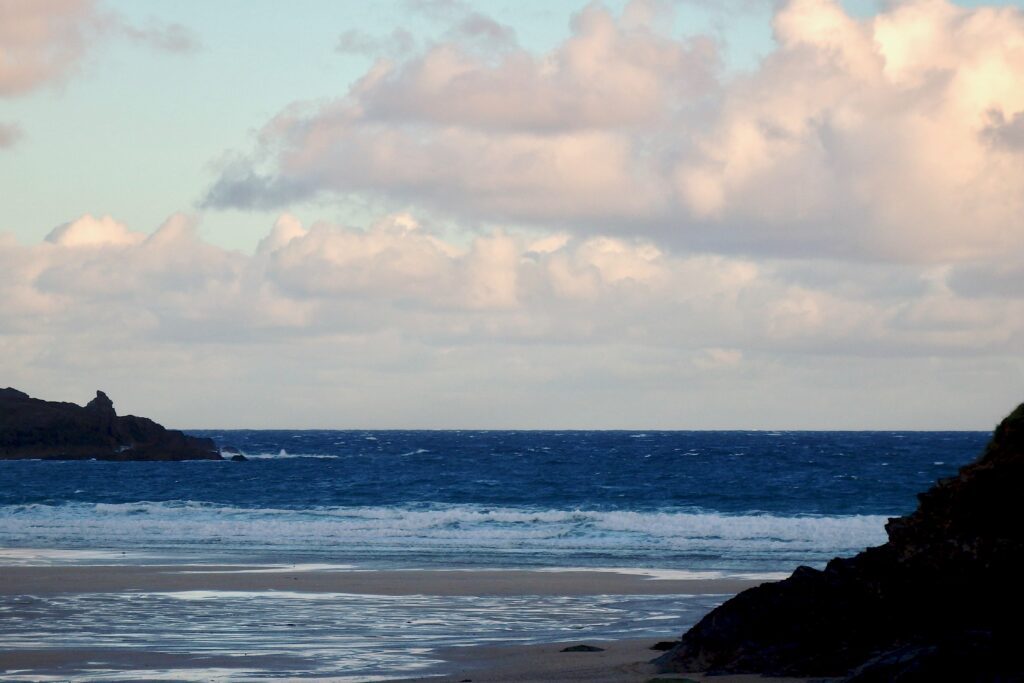 More cold and onshore, North Westerly winds are going to be blowing into the bays today, chopping and slopping the four foot windswells.
Our only hope of clean waves today will be the far coast and that’s nowhere near definite!

Ah, the wind is going to change direction this week with a return to those irritating (and colder!) north westerlies!
Monday kept those calm conditions with bright skies and smooth seas but the surf did drop to very small.
By Tuesday the wind will be blowing onshore all along the coast, pushing some wind swell and wave slop our way but not much else. That sloppy and windblown surf will be bigger by midweek but with no real shape to any of it. Although there might just be some south coast action going on if you have the time.
By the end of the week we will be enjoying more variable winds with maybe the chance of things clearing up a whole lot by Thursday and into Friday.
So a windswept and chilly, blustery week awaits, with plenty of waves but all a bit mixed up and sloppy.
Have a great week, wherever you are and whatever you’re doing!