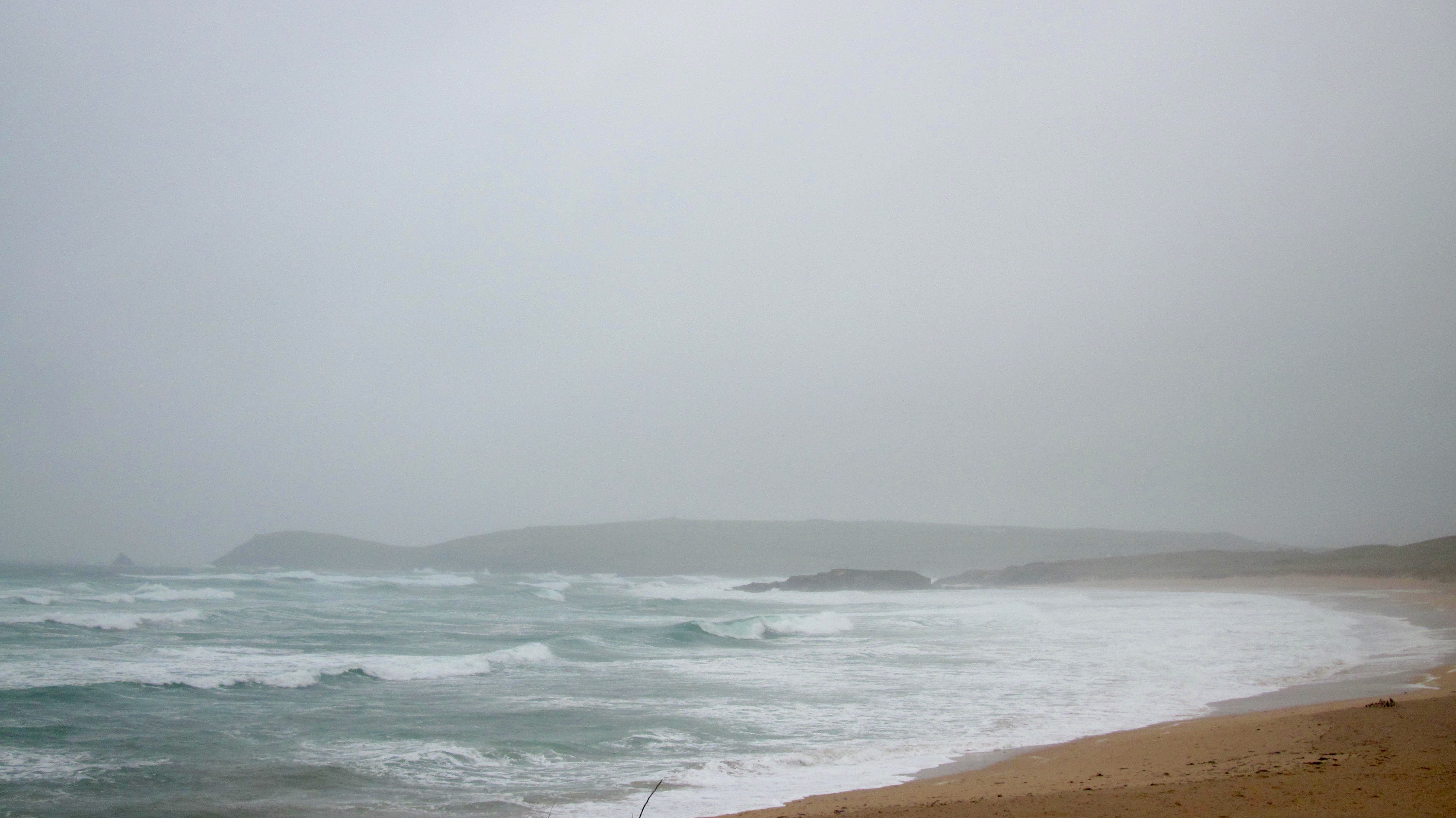 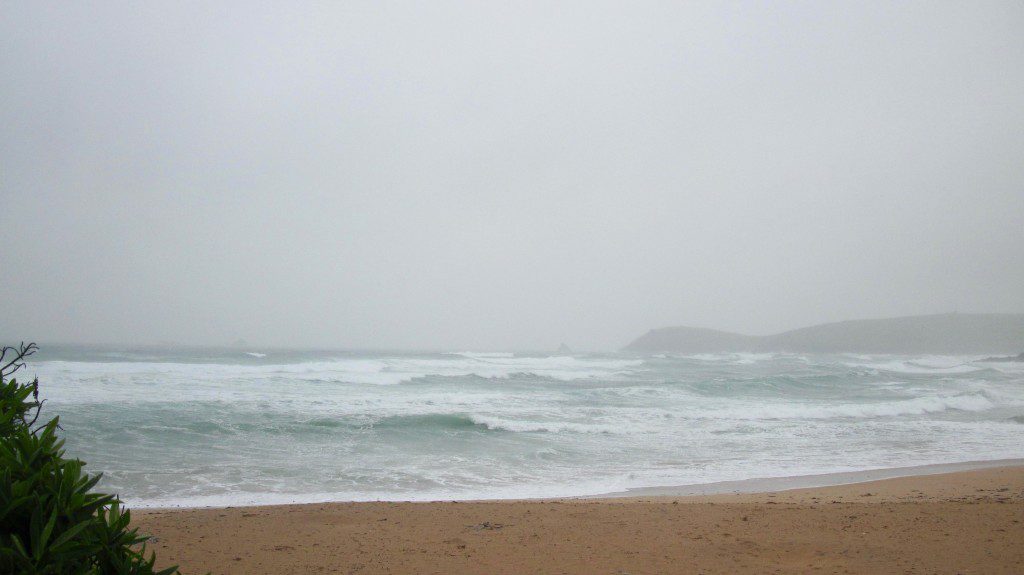 There’s a grey deluge of wind and rain outside this morning, the surf roaring wildly into the bay, not all that big but stormy, windswept and out of control.
Six feet or so of grey and disorganised surf is bouncing into the bay, blown about by those strong south westerly winds. The winds might have eased a fraction from the overnight gales but there’s still a bit of a blow coming through.
And it’s wet and it’s cold too!
But the weather should gradually change as the day rolls on, the worst of the wind and rain having cleared by lunch time, some brighter and nicer stuff coming through this afternoon. The surf is likely to remain a mess though as that wind stays onshore on this side of the headland.
Harlyn though should be firing!
Let’s have a look….. 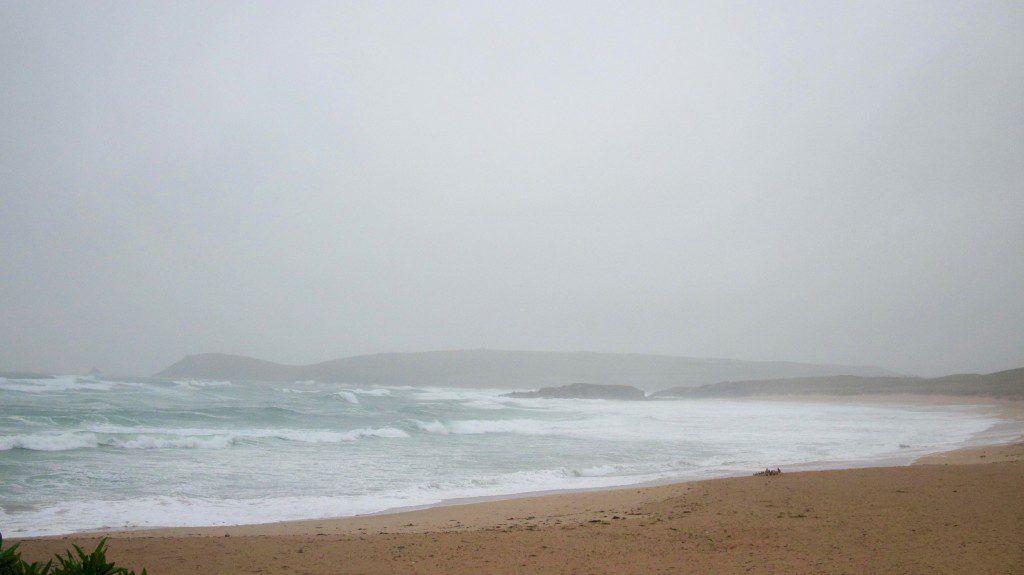 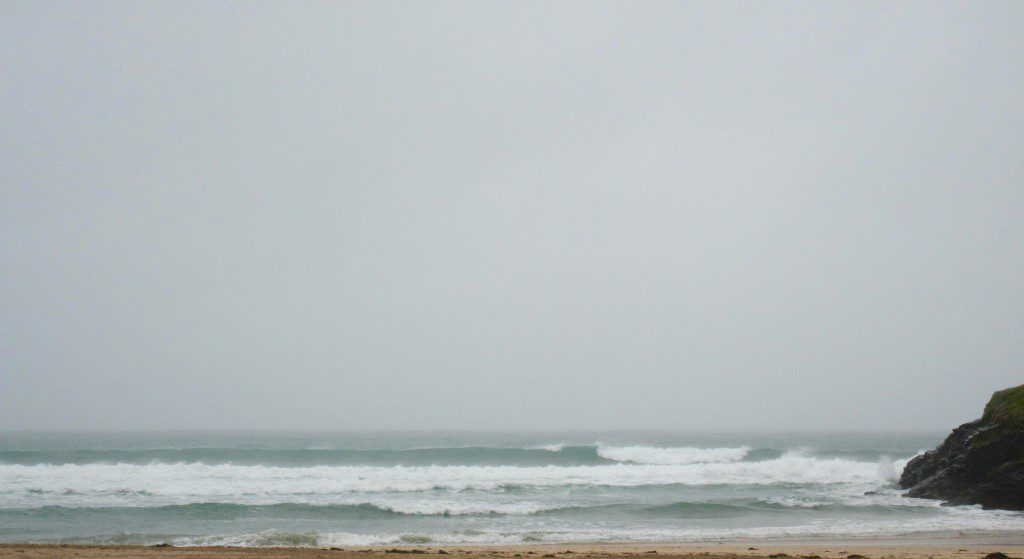 Those strong south westerly winds are blowing hard offshore here this morning, edging around gale force on some of those gusts, blowing straight into four foot faces of that surging swell.
Those set waves are standing tall this morning before turning themselves inside out as they trip off the Rock. There are some screaming barrels to be ridden out there even as the tide drops out.
We should be enjoying a day of fun, four foot and screaming surf here all day long, maybe building a bit on this afternoon’s incoming tide too! 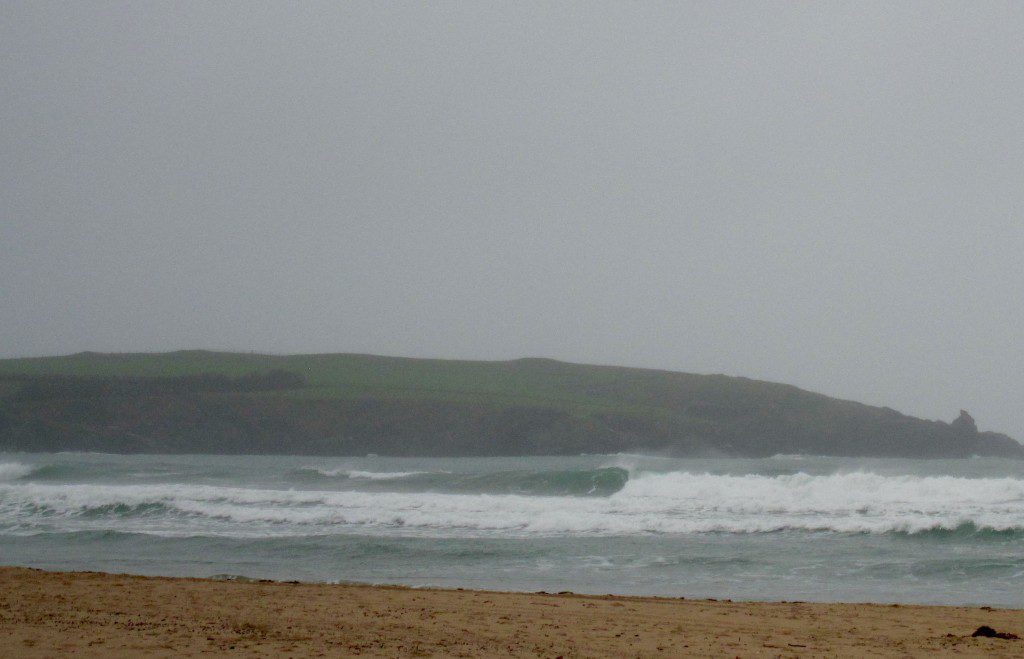 The wind is likely to ease through the day, staying onshore, westerly but gradually calming to a breeze by the evening while the swell continues to roll in at five or six feet.
So we should be seeing three feet of clean and fun surf at Harlyn in some much brighter, lighter and warmer weather, the main surf breaks being bigger but staying choppy throughout most of the day.

Stormy and windswept conditions are going to start this week, those gusting onshores veering north westerly, then south westerly and then back to north.
So we should see moments of bigger surf bumping into the bays at the start of the week, all windswept and angry, rain lashed and grey to start but brightening and lightening quite quickly.
Harlyn should grind into action through Tuesday with some bigger and barrelling waves to be ridden in those stormy offshore winds.
And that’s going to be the way of it right through until midweek when brighter conditions and an easing wind start to signal something better on the horizon.
It should be a different world by the end of the week!
But first we will be noying a bumpy few days of wind driven and choppy surf all along this raggedy little coast of ours!
Have a great week, wherever you are and whatever you’re doing!