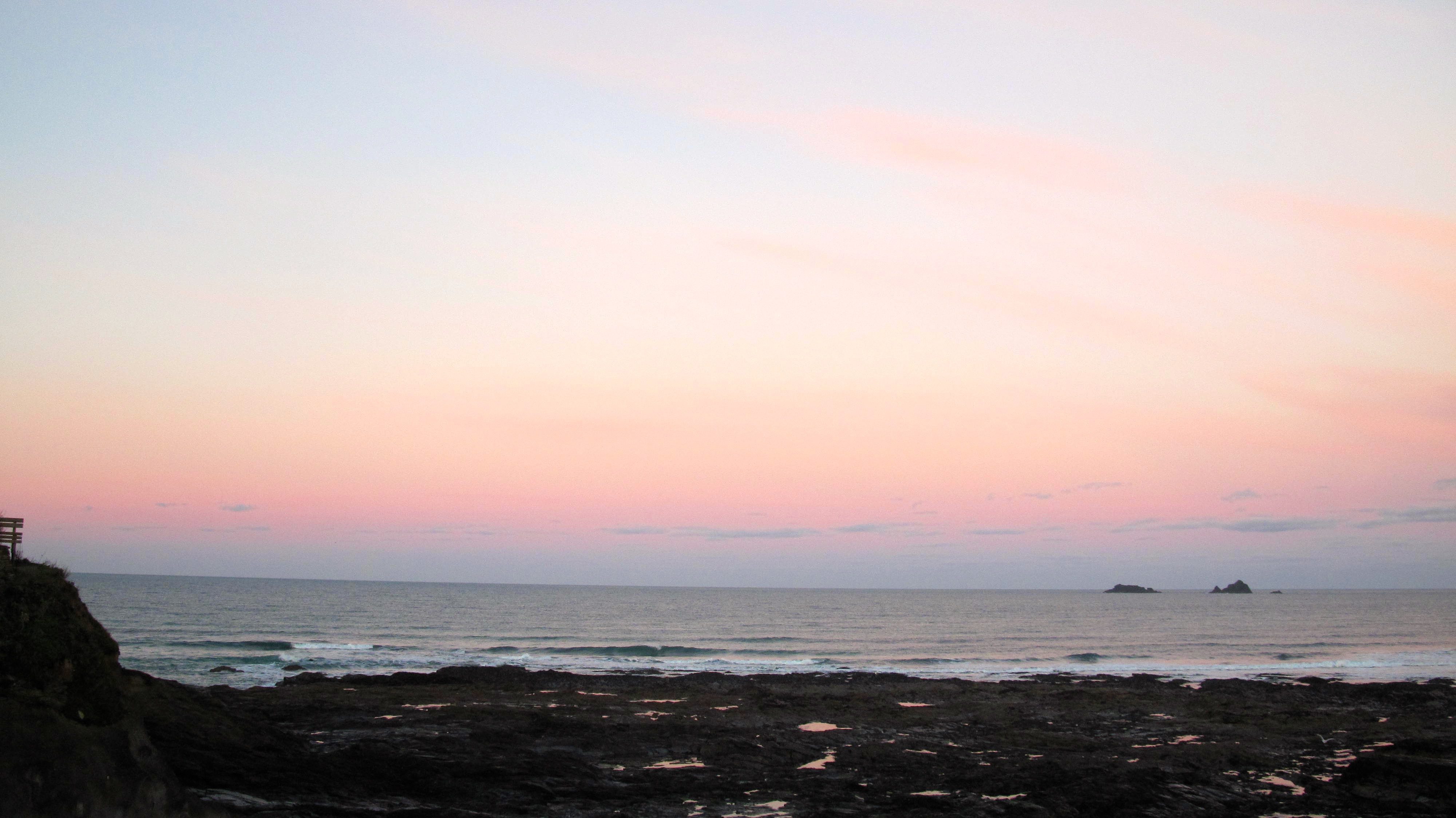 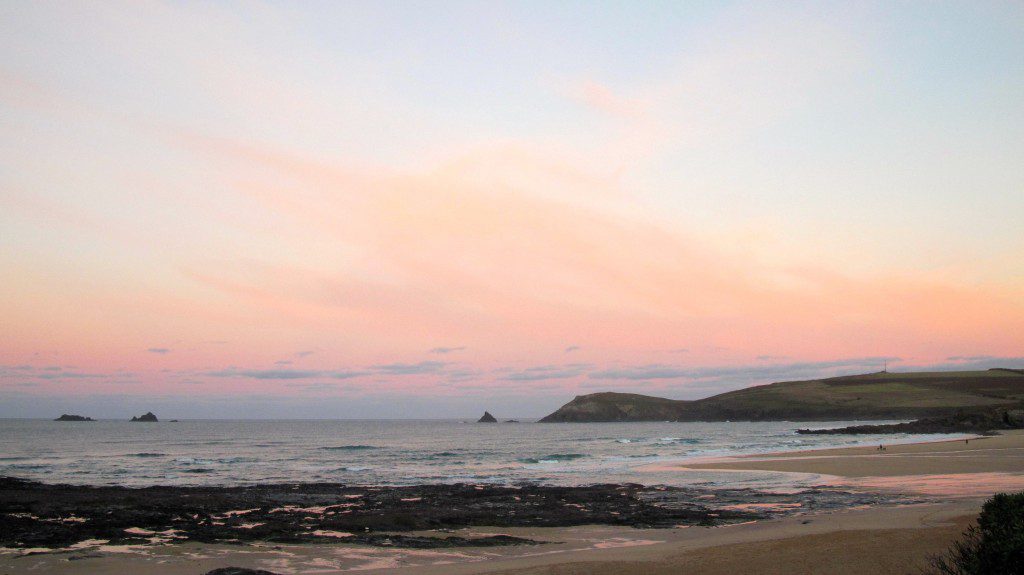 Another bright and cheery dawn is awakening, that same pale blue and pink laced sky stretching large across the horizon.
The breeze has switched more to the south, almost nudging south west, almost onshore. But it is as light as can be, just lightly slopping the tiny waves.
Yes, the surf is still real small, a foot, maybe occasionally a foot and a half but not as sharp as the last few days, a bit slower and fatter and lazier (I know that feeling too after Christmas!).
But give it a couple of hours, those waves should build steadily as the day goes on. I still think that we’ll be looking at Harlyn by this afternoon.
In the meantime though, there are this little peaks, a bit slushy maybe but very glideable.
And it is yet another gorgeous day too! 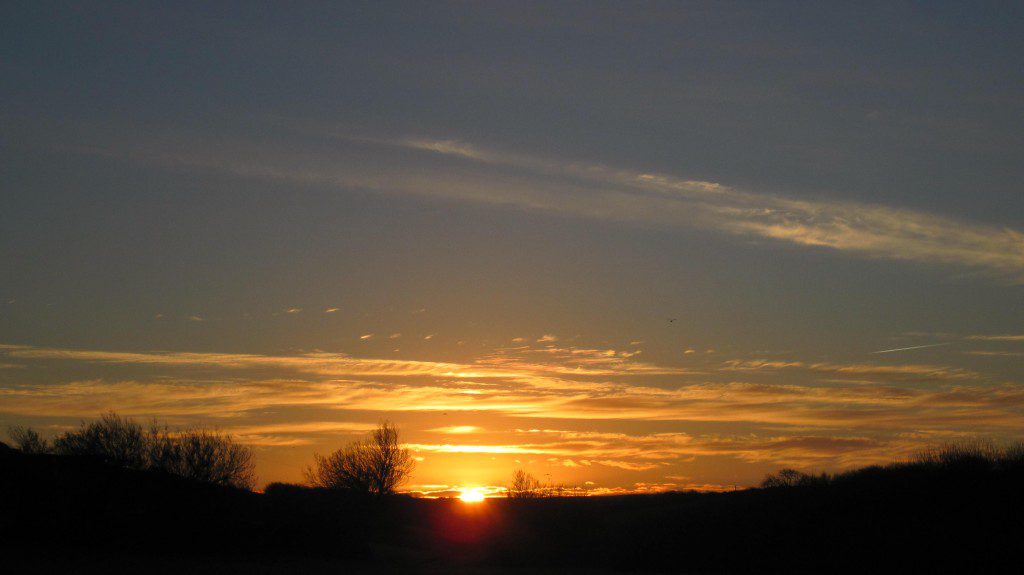 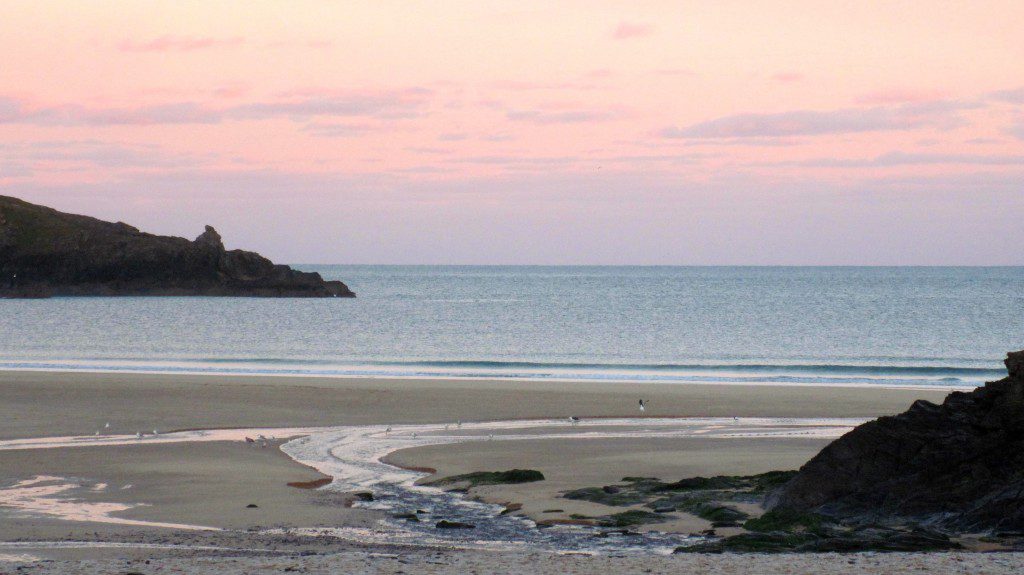 It is immaculate around here this morning, the gentle breeze delicately smoothing that sea beneath a bright light blue sky, this ribbons of pink scattered from that golden dawn.
the surf is flat right now but you can just about see those telltale ripple of swell lines.
I wouldn’t be surprised to see us gliding along a few here by this afternoon.
But then I do often get it wrong too! 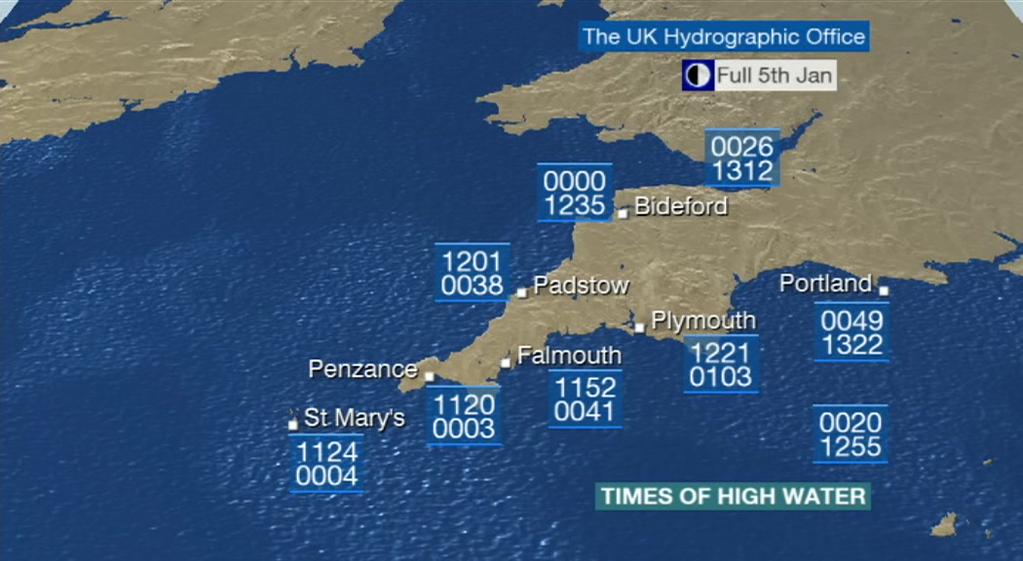 New Year’s Eve is like to show us a steadily rolling five foot swell pushing in all along the coast.
the wind is likely to be strong enough to have an effect too, a brisk south westerly, onshore at our main surf breaks, offshore at our favoured sheltered spots. That’ll be Harlyn today then!
Three feet plus, possibly getting to four at its pre-high, neap tide peak, with a freshening south westerly wind blowing offshore, Harlyn is likely to be pretty good throughout the day.
It could be quite a social surf being New Year’s Eve with that westerly wind.
Oh, and of course, there is the Harlyn Inn just across the way for an apres surf warmer or two as well!

Surf Conditions for the Holiday Week

Small but immaculately shaped surf kicked off this last week of the year, beautifully bright skies and a smothering of frost to start our days, lightly glassy surf keeping us occupied till dark.
That will change as the year counts down, a fresh south westerly bringing warmer and damp air up and over us, while helping to push through the start of a new swell.
By later on Tuesday we are likely to be surfing Harlyn, up to three feet and starting to turn a little greyer than it has been but still relatively mild in the water and with clean and fun conditions.
That should take us well into New year’s Eve and then New year’s Day, the surf getting bigger as we go along, the wind gusting hard here and there, quieter in the morning and evening, blustery during the midday, neap high tides.
So, there will be surf, starting out small and sweet becoming more mixed up through the week as the weather becomes a little milder but windier and damper.
Let the festive celebrations continue!
Merry Christmas and Happy New Year to you, wherever you are and whatever you’re doing! 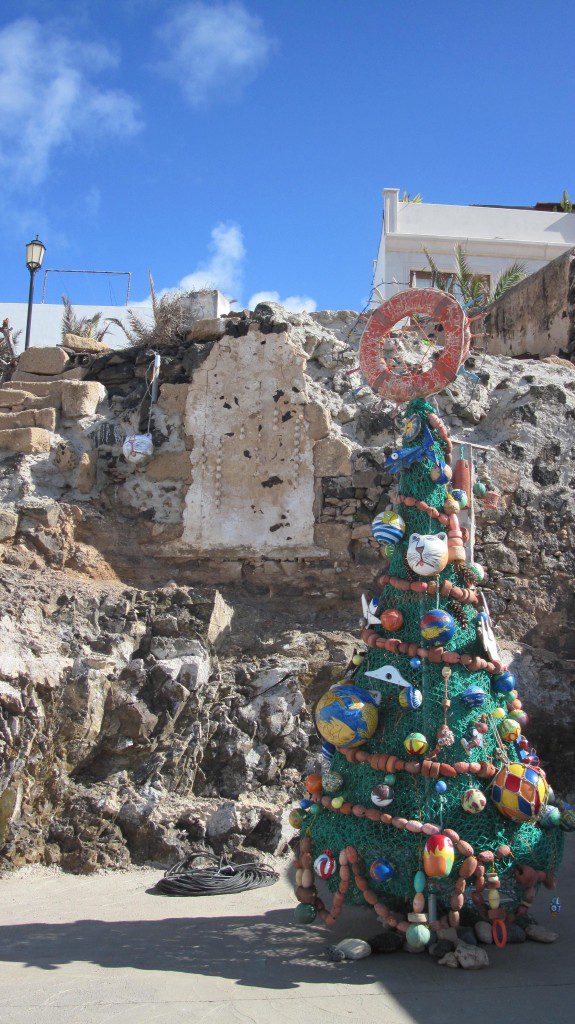 I was surfing on a lump of rock in the Atlantic last week and loved this Christmas tree!
Merry Christmas One and All!