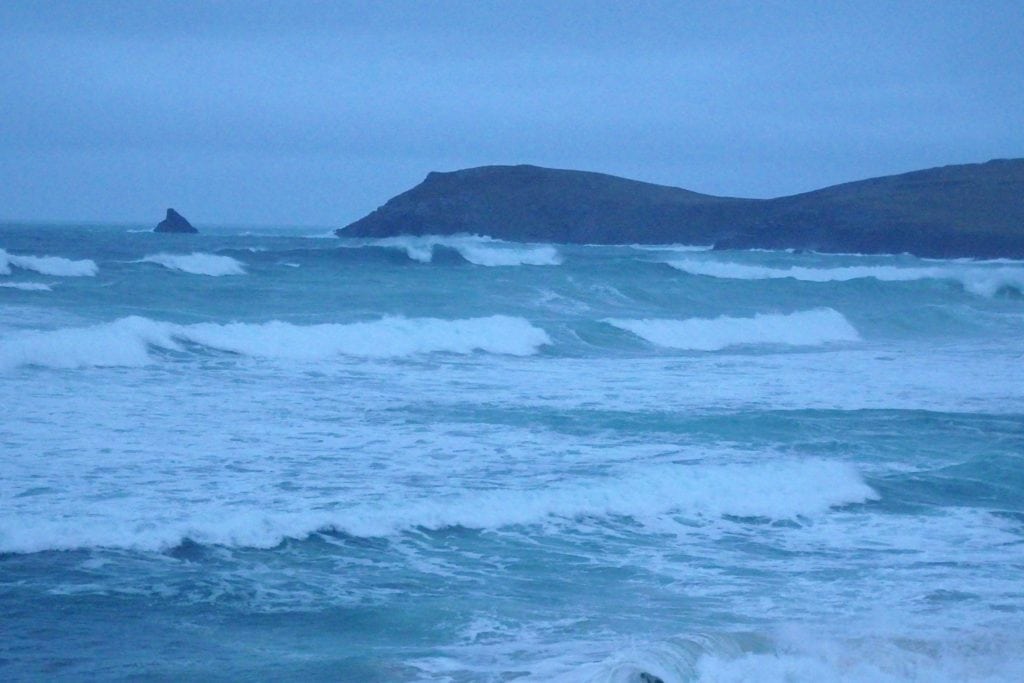 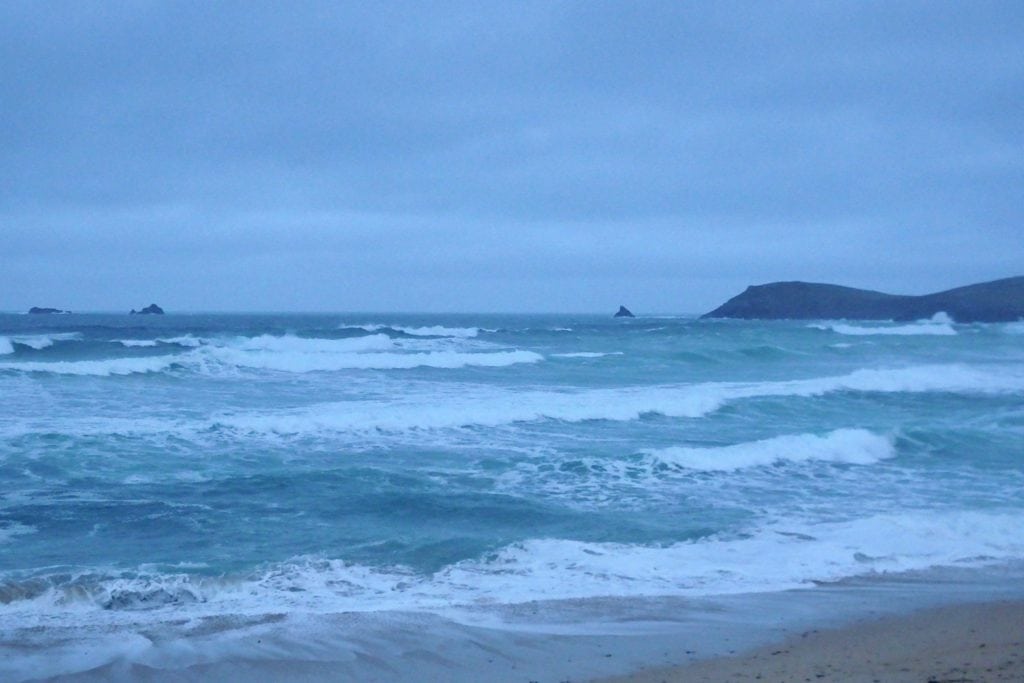 A damp ’n breezy, dull ’n dreary one is spreading its winter cheer along the coast this morning but it is mild enough, 12 to 14 deg C Depending on which bit of the coast you’re on.
The surf is big as well, a good five feet with way bigger sets rumbling through. Of course it’s too windswept to be worth thinking about going in here for a surf today with a gusting sou’ wester blowing through but it is telling us that there should be some good surf at Harlyn!
So, let’s go and have a look-see! 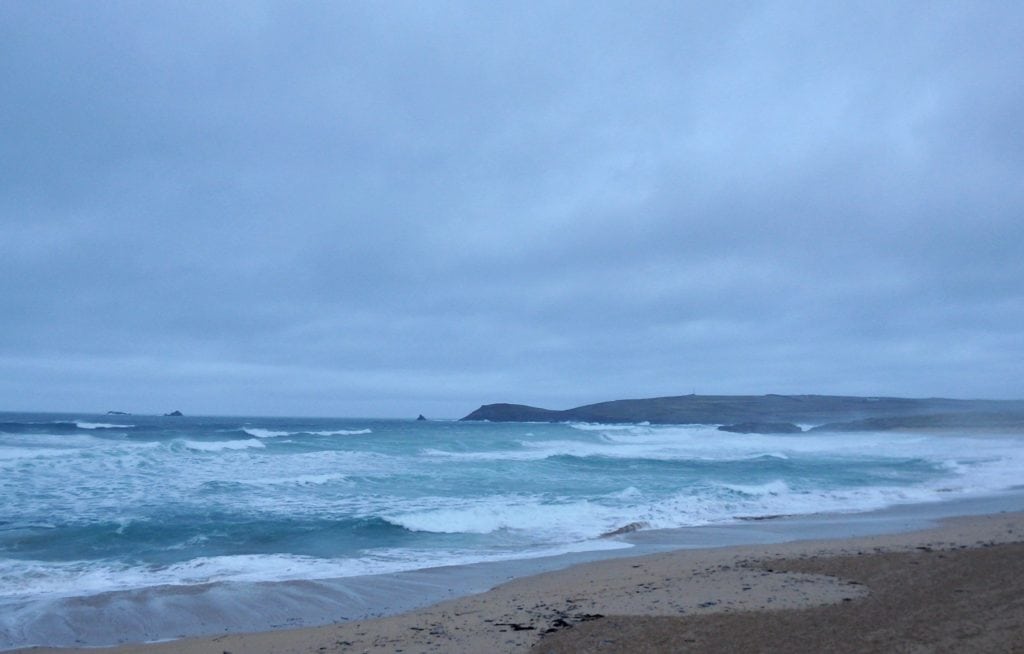 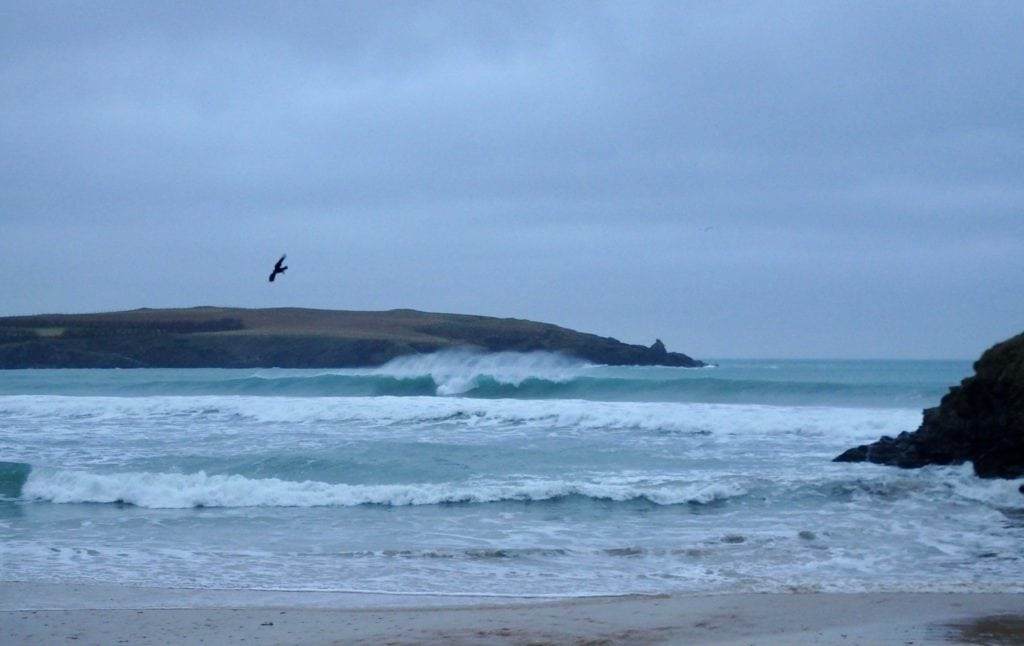 Three feet of offshore blown and bumpy surf is crashing onto the sand at high tide this morning, those occasional sets being quite a bit bigger but then followed by stretches of not so big waves.
It’s a big tide today, over seven metres at high, dropping to less than metre at low and so the dropping tide should smooth the shape of those waves, especially as the wind is forecast to steadily calm as the day goes on.
It could just be very good later! 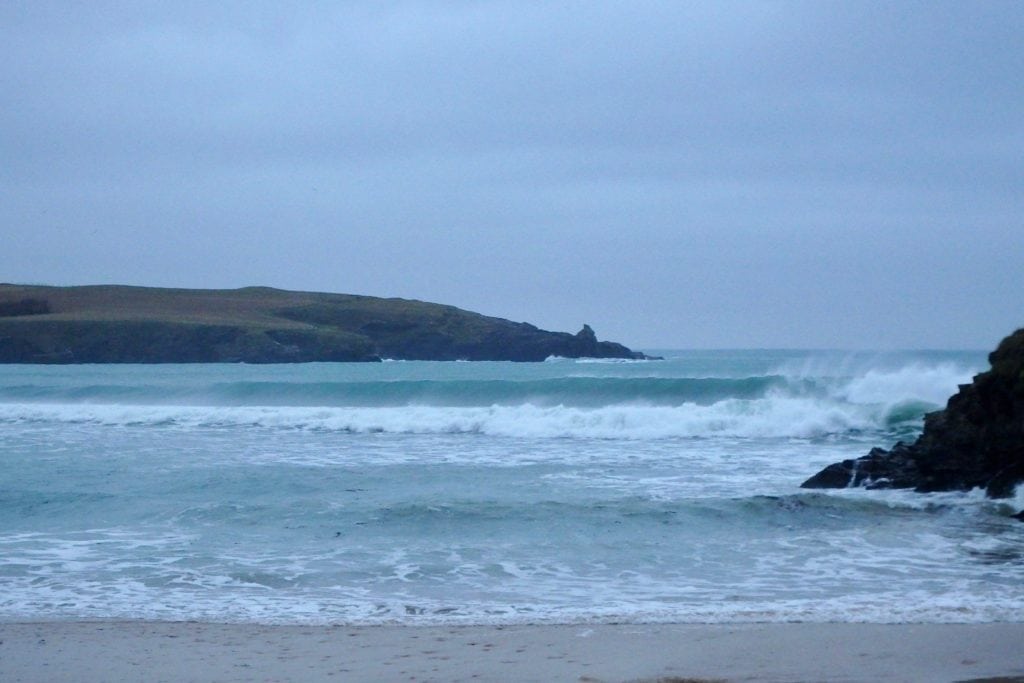 Strong south westerly winds are going to keep the air temperatures mild, while blowing and pushing those already thick and lumpy, sizeable swells.
It’s promising to be another Harlyn day today and maybe a little more testing than Tuesday. The surf is likely to be bigger while the wind will probably blow stronger. Those sand-spitting, grinding Harlyn barrels are likely to be spinning ashore all day long!

Strengthening onshore winds are going to be blowing our way all the way through this week and some big and building swells are going to be blasting in too!
So the couple to three feet and building swell at the start of the week will quickly double and treble in size as we go along, blown in by strong gusting sou’ westers, those waves ending up in the ‘huge’ size range by the end of the week!
It’s looking like a wild and wet, blustery week ahead culminating in a stormy weekend, so take it easy!
Have a great week though, wherever you are and whatever you’re doing!