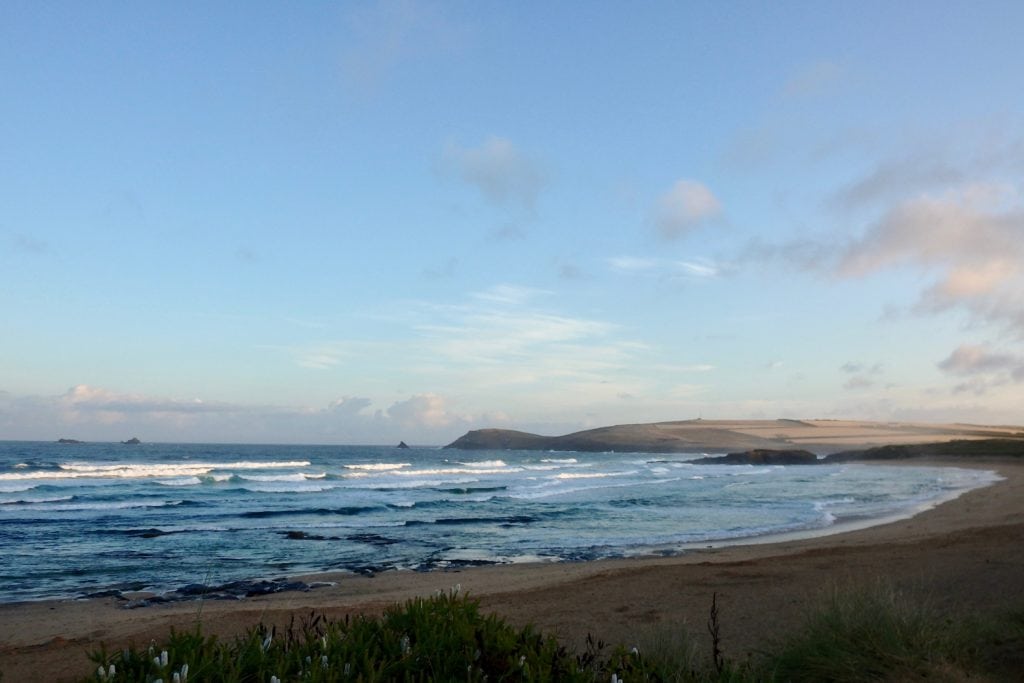 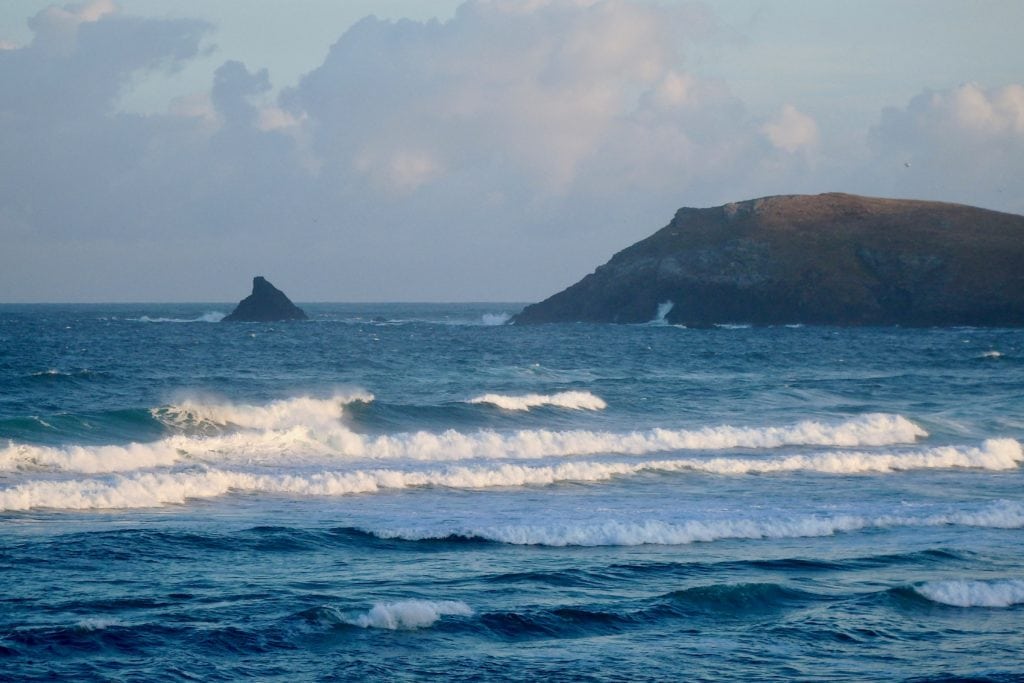 A fresh and sunny, clear skied and beautiful morning is spreading along the coastline this morning as a light breeze carries that lighter birdsong of summer along with the more pungent aroma of freshly spread silage. Ah, the pleasures of Summer in the country.
And there’s surf!
Three to four feet and bigger of mixed and messed, lumpy and bumpy stuff is stuttering its way to the beach that light west sou’ westerly breeze just strong enough to make a lumpy mess of it all.
But it’s a nice day and it’s good to get some paddling practice in, as well as having the chance to actually drop in on a few chunkier ones.
But Harlyn is probably going to be better….. 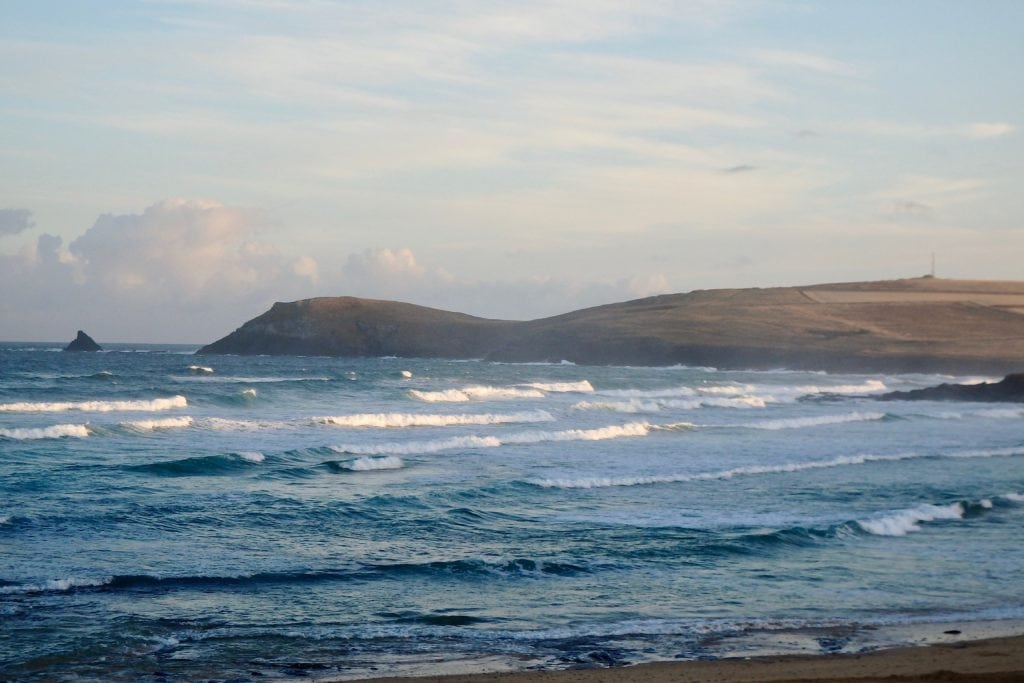 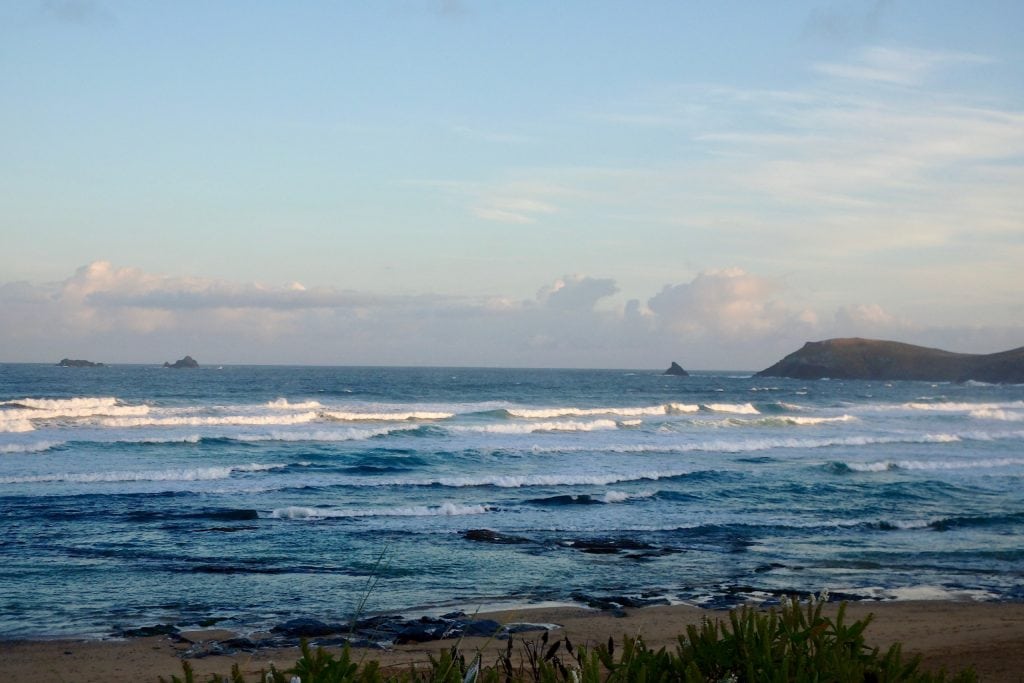 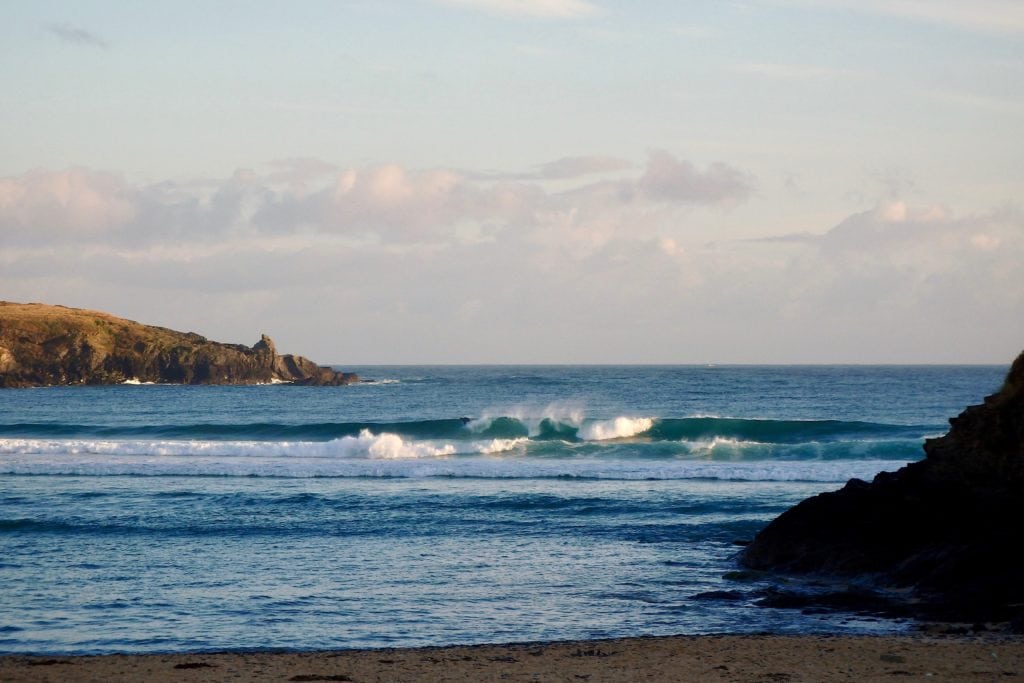 The summer sunlight of a pleasantly blue skied early morning is shining on a fairly clean looking two to three feet of inconsistent but fun looking little surf.
Half a dozen are out already and getting some set waves under their belt before work or play or whatever.
This lumpy swell seems to be happily rolling our way and there’s no reason to think that it will change any time soon allowing you to plan your day around it.
The morning’s dropping tide will maybe reduce the size a little and the low tide crunchiness of Harlyn is always fun while the afternoon’s rising tide should provide plenty of wave action for everyone!
Have fun! 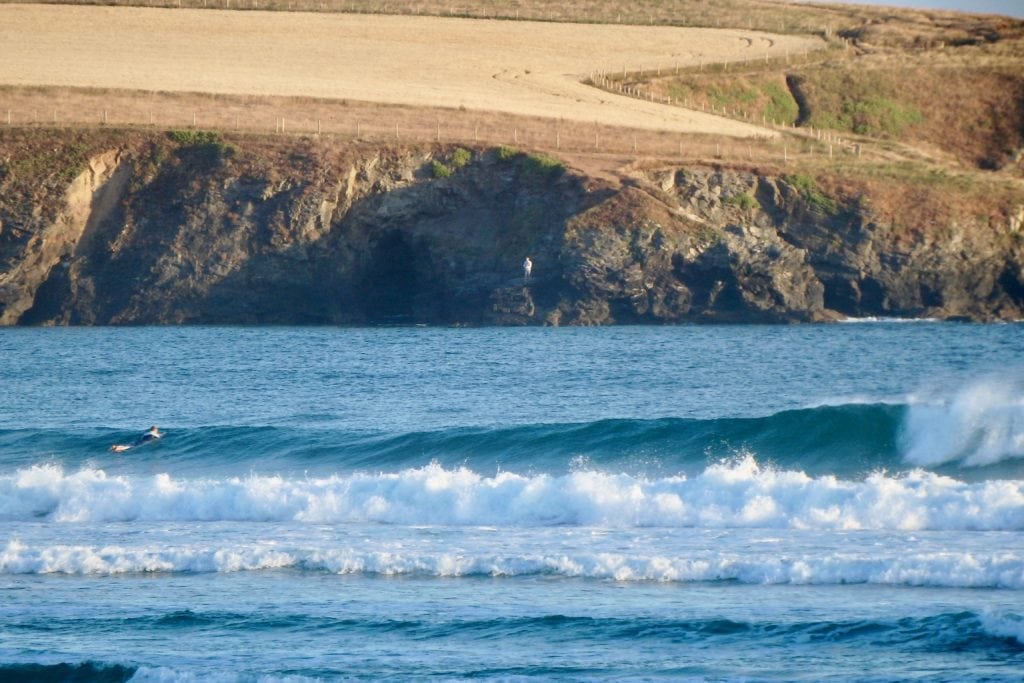 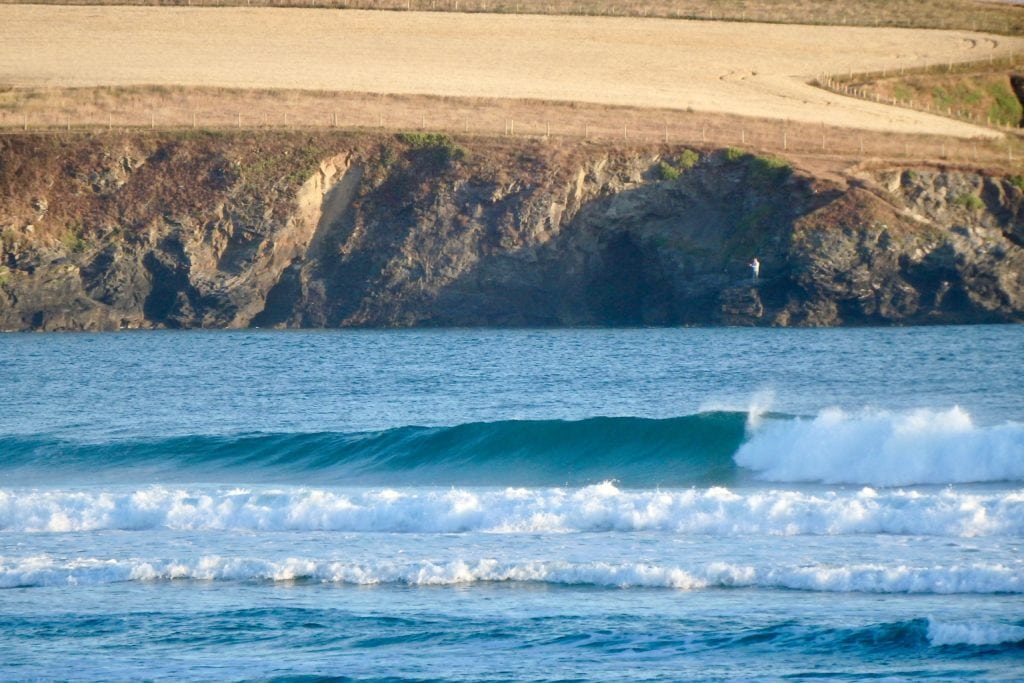 A light but steady south westerly wind is likely to be jostling along the three to four foot swell again today, making for mixed and lumpy conditions at the main surf breaks but allowing Harlyn to shine in that high summer sun.
Another fun day of pleasant three foot surf is likely to keep us preoccupied over at Harlyn all day long again today!