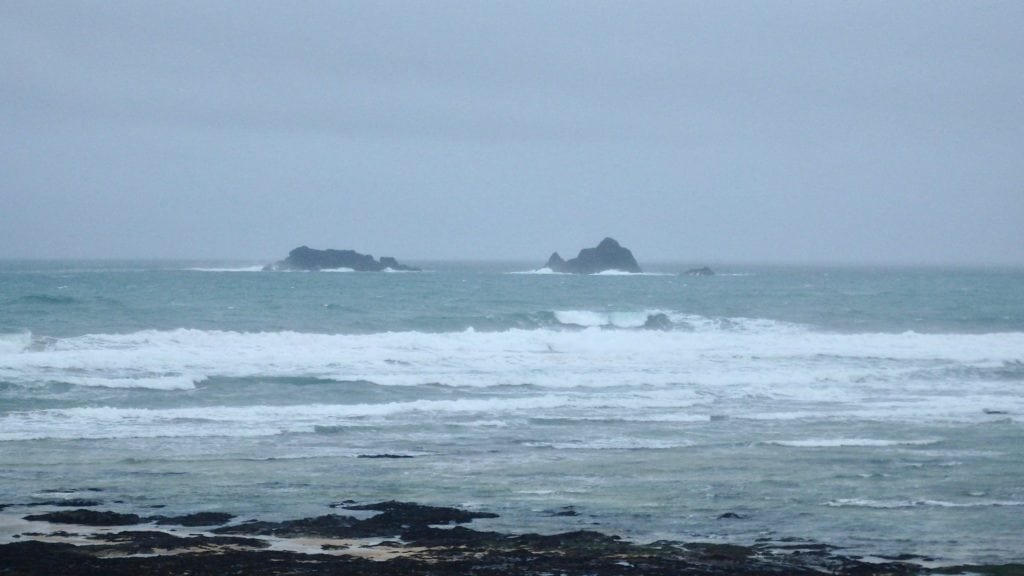 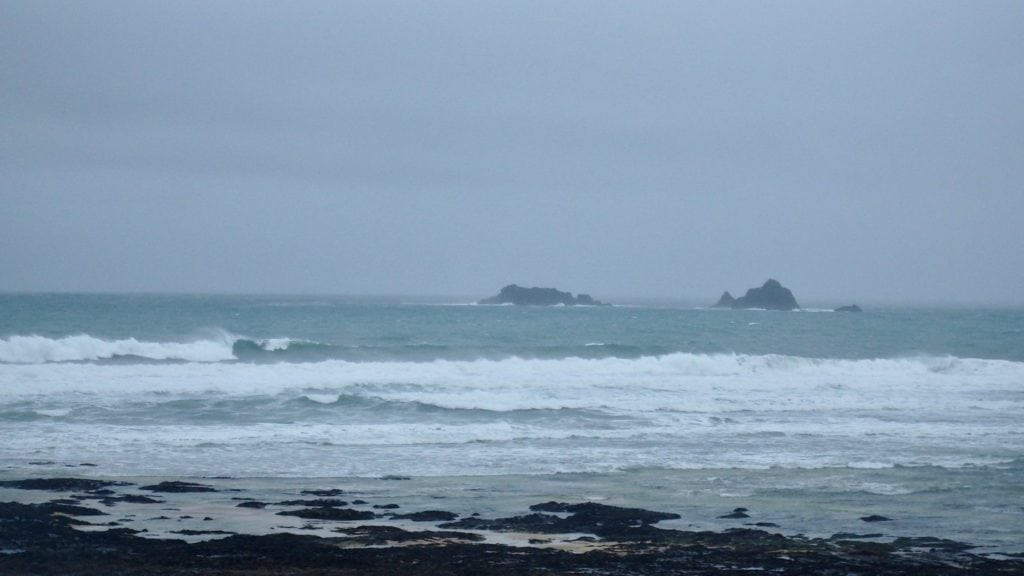 Eek, Winter is back!
It’s cold and damp and windy and dull and miserable out there this morning, it is definitely one of those mornings to snuggle up and just ignore if you can.
But give it a few hours and this front will have passed by leaving something brighter and cheerier.
In the meantime though, the surf is being trashed and junked by a thick north westerly wind blustering in. Four to six feet of choppy and chaotic lumps of waves are bouncing into the bay riding in on that hard blowing north westerly wind.
The south coast might be on though, probably small but a whole lot cleaner! 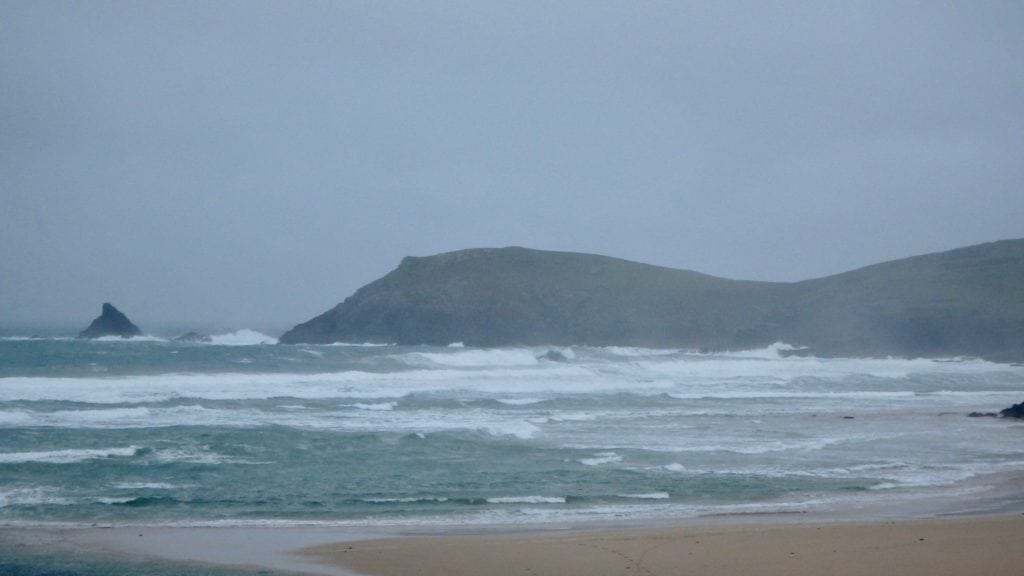 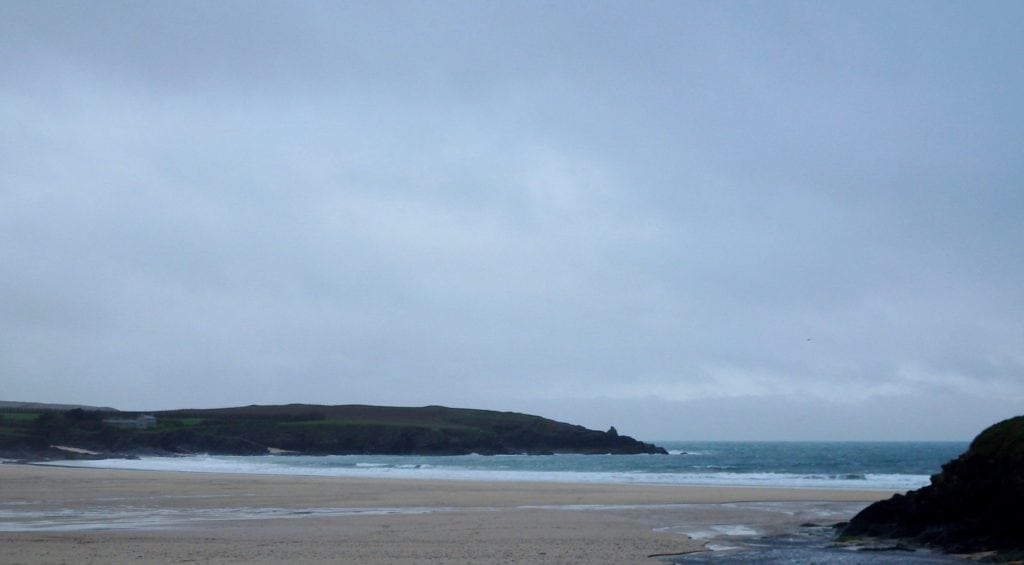 No, the surf here is being junked by that howling north westerly too.
Three feet plus of grey and slopped waves are crumbling onto the sand in those hard blowing gusts of cold wind.
It will be worth giving it a miss here today too, unless you want to get cold and tired paddling around in three to four feet plus of windchop! 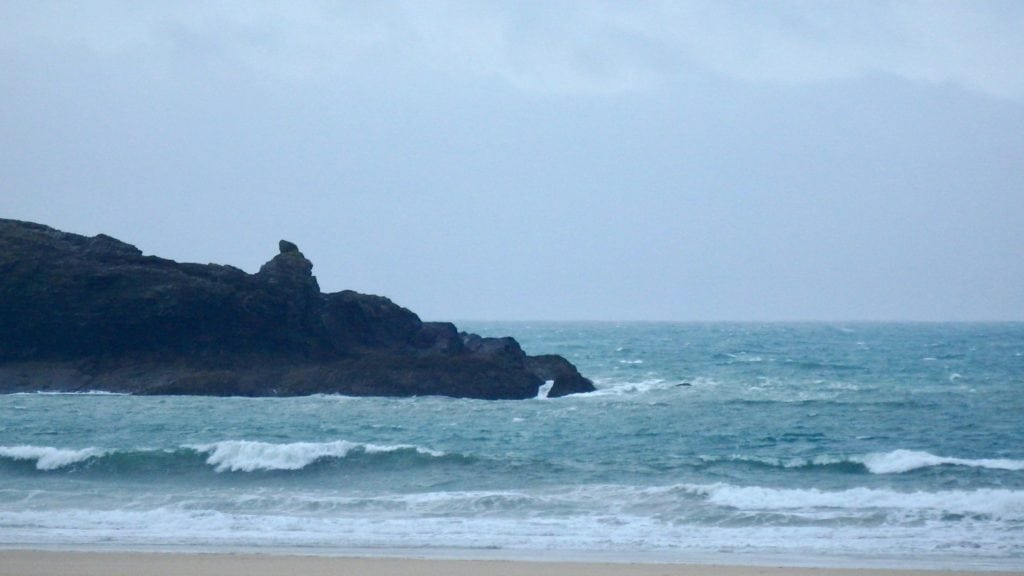 The wind should have calmed but is still likely to be breezing in from the north, hopefully managing to tweak itself just to the north east, allowing some cleaner surf.
The swell will have dropped, we can expect more three to four foot stuff to be rolling our way.
But the conditions are going to be dictated by that wind! One or two degrees could make all the difference today!

A thick and lumpy, fast moving and windswept swell is going to growl its way in to start off this week!
The fresh south westerly, Harlyn friendly winds of Monday are quickly being replaced by a gusting north westerly wind, making a mess of the five or six foot surf through Tuesday.
And then conditions should settle.
By midweek we can expect lighter breezes, still from the north to start with but eventually shifting north eastern (offshore), as high pressure conditions settle in.
Smaller but much cleaner and more organised surf should continue to dance our way throughout the rest of the week, the breezes light, the weather set fine and the surf enticing.
Yep, we should be in for a good week once these fronts pass by!
Have a great week, wherever you are and whatever you’re doing!