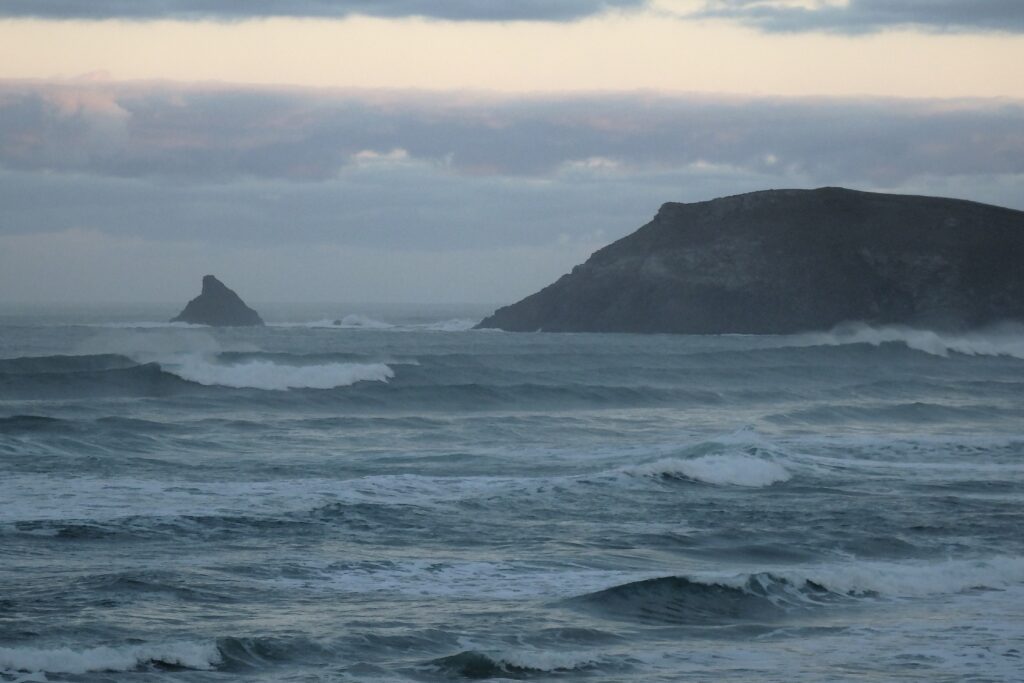 The sky is just gradually starting to haze over on this otherwise bright and fresh morning.
The air is still, the temperature is low and the sky is bright, you get the feeling though that we might have to make the most of it before that wind and rain drive back in!
In the meantime though the surf is pumping and conditions are clean!
Five to six feet of curling and smooth faced, deceptively smaller looking swell is rolling ashore with much bigger sets a long way apart. And those sets are comfortably into the ‘big’ range of sizing (eight feet and bigger).
So, thumping waves, super calm and offshore breezes drifting from the east, clear winter blue/grey skies and hardly a soul to be seen.
I wonder what we’ll be doing today?! 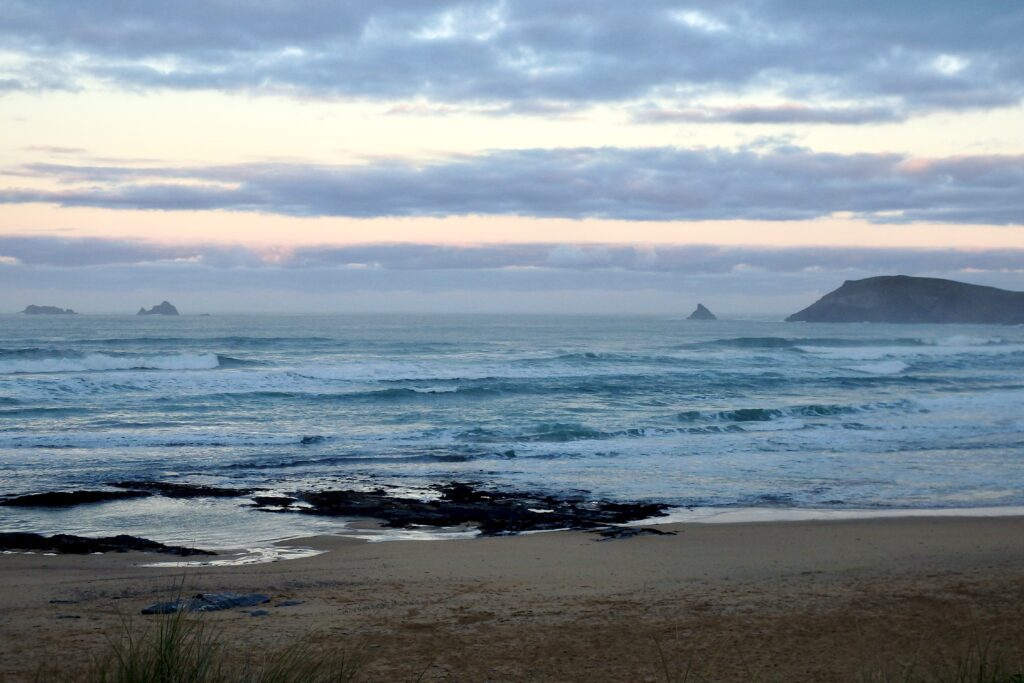 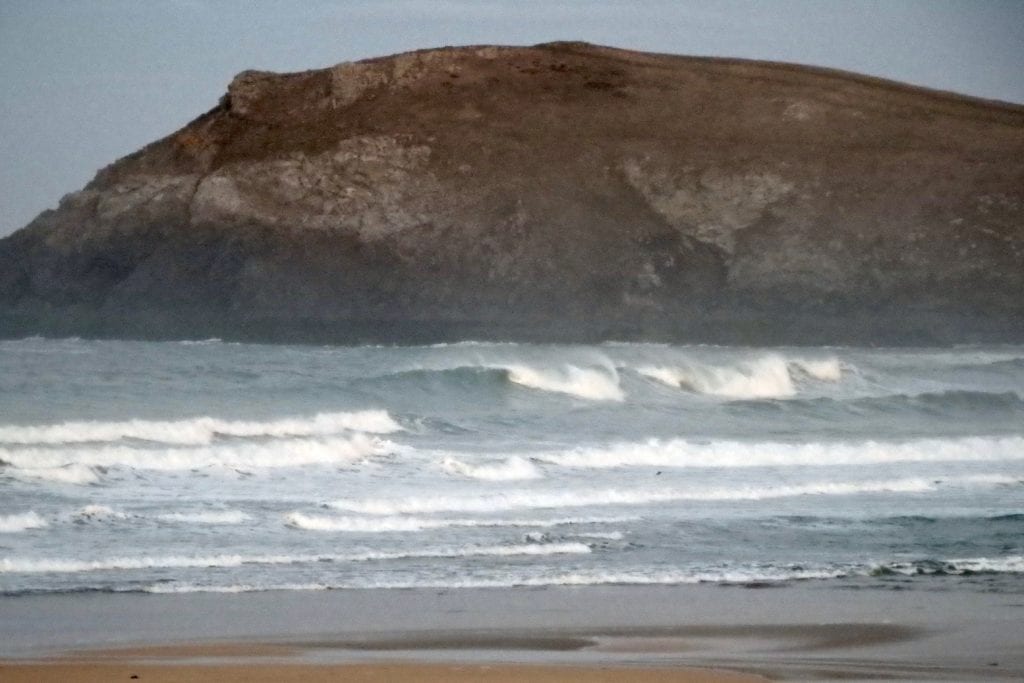 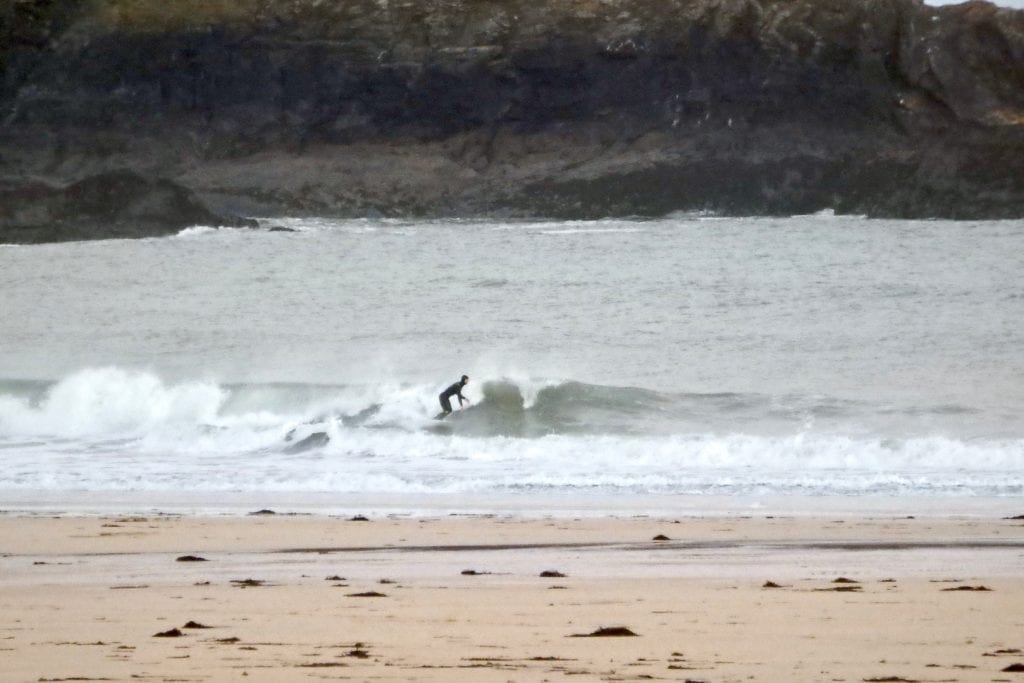 At first sight the surf at Harlyn looks a little small and weak and wishy washy but there are a couple of guys out and when you see them drop in, then you realise that it is actually more in the two to three foot range than the one foot dribble that you first thought.
The tide is still on the drop and that is having its effect, putting that warp and wobble into those shallow breaking little waves.
Give it an hour or two and we should be seeing an entirely different scene.
Once that tide turns we should be seeing some smooth and fun, offshore breeze hollowed two to three foot surf.
And that’ll do nicely! 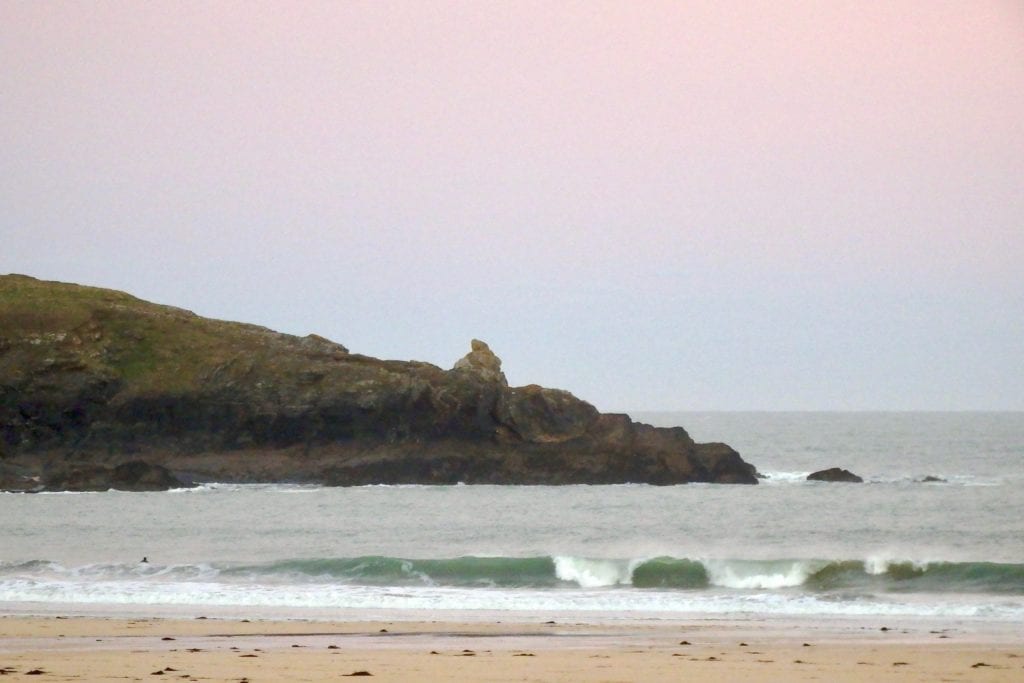 Ah those south westerly winds will be gusting our way agin by daybreak, pushing and pulling a three to four foot swell through the rain and murk of a mild winter’s day.
Small Harlyn anyone?

A daisy chain of low pressure systems are queuing up in the Atlantic like a drunken railway timetable, as soon as one moves over us another arrives to spin past or mow us down or hang around for a day or two.
So ‘make the most of Tuesday’ seems to be the message that can change.
After another blowy start to the week with big swells being driven by west south westerly winds all the way through Monday, the wind will drop to a breeze and back all the way around to South Easterly, straight offshore.
And so we should be seeing some still big or even maybe huge surf but being groomed and smoothed into something quite special.
In reality the size is probably going to drop quickly but there should still be some big enough surf exploding all the way along the coast.
And then by Wednesday we will be back to those blustering onshores, starting out South westerly through midweek, gradually veering westerly and then north westerly by week’s end.
So, locally Harlyn is going to be shining for most of the week only reluctantly giving up the fight against the northerlies through the end of the week.
And the South Coast should be fun than anyway.
So, plenty of surf, plenty of weather and very few people around as we all start to get excited about the Padstow Christmas Festival, starting next weekend. Ooh, my tastebuds are quivering already!
Have a great week, wherever you are and whatever you’re doing!