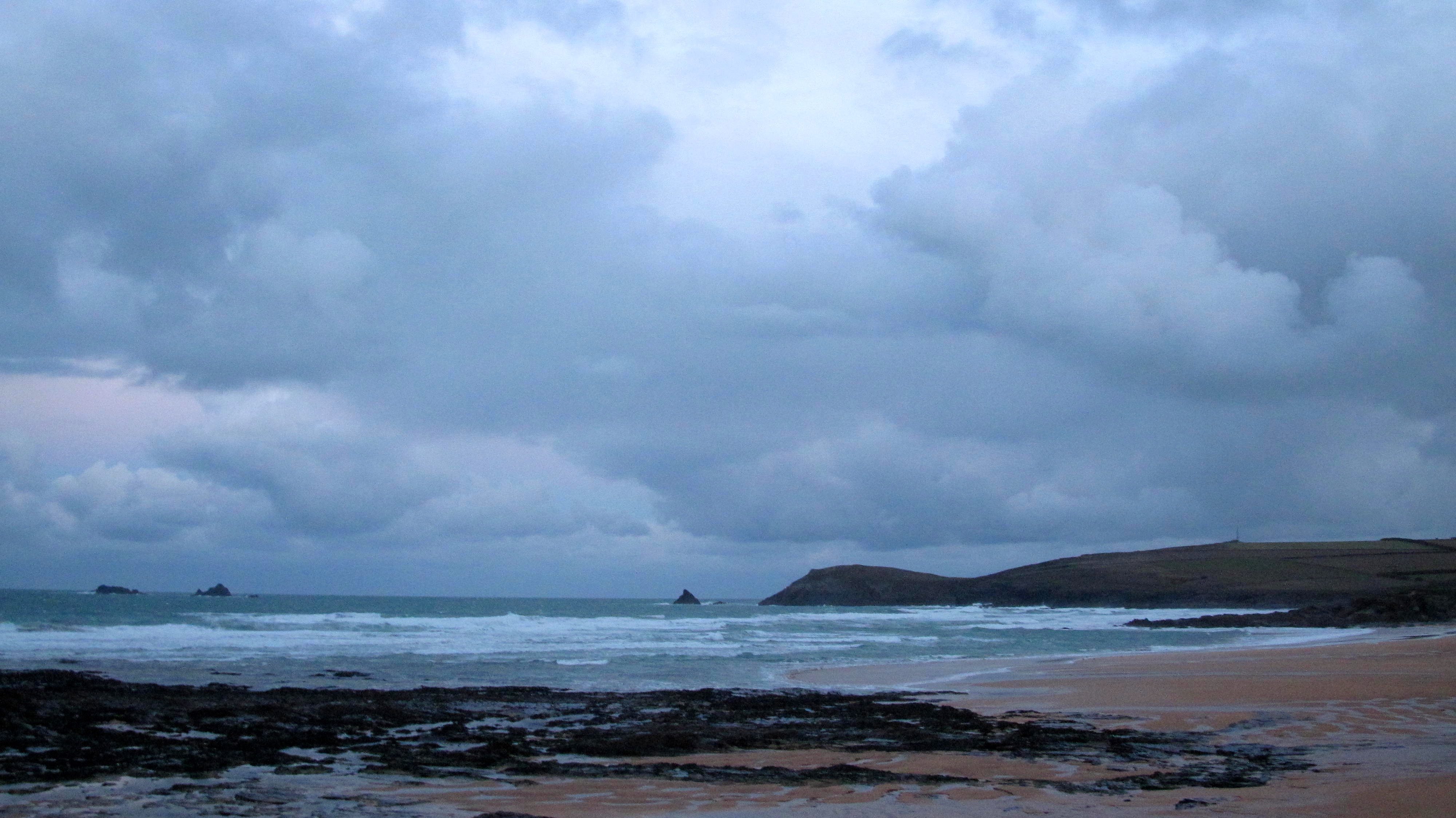 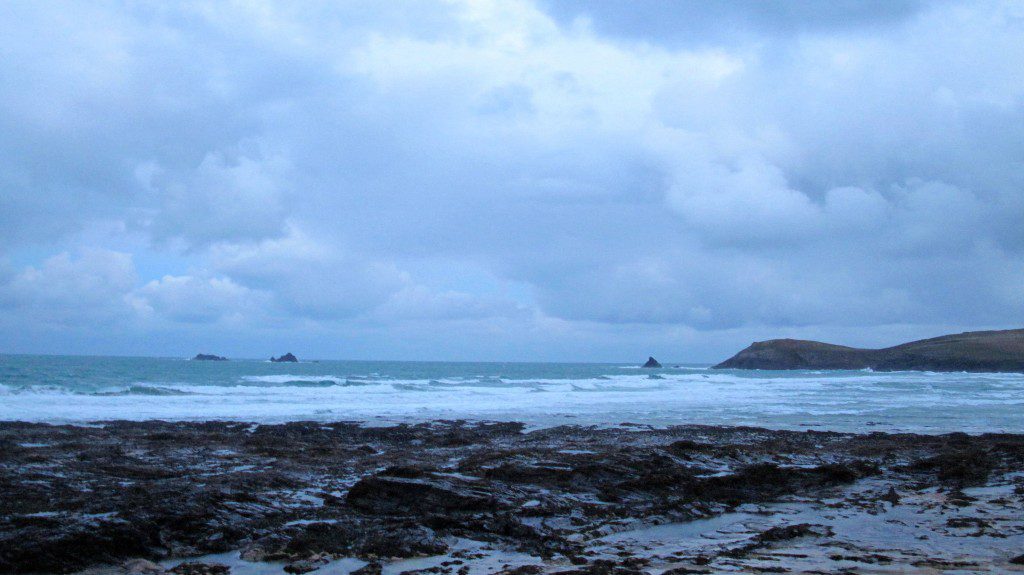 Oooh, that’s chilly.
Amongst those squally showers, a brisk north westerly wind is savagely blowing ashore, tossing and turning those grey and mixed up waves, churning the already broken waves into reforms and double-ups and broken waves. There are probably four foot plus waves out there but that is irrelevant, I can’t imagine why anyone would want to surf here today.
Mind you, the water temperature is extraordinarily mild.
But it’s not pretty, it’s not inviting and it might just be worth giving it a miss this morning.
South Coast?
Anybody?

It’s all a bit of a mess around here this morning too.
There’s three feet or so of onshore swept, broken up and mixed up surf washing around the lower end of the bay but there’s no direction to any of it. It’s a mash up of grey and bumpy, sloppy and choppy surf.
There’s a massively weird wedge of rainbow lighting out over the sea though!

The wind is forecast to ease up a bit by today but it is still likely o be from the north west and is still likely to be strong enough o make aright old mess of any waves that are being bundled our way.
The skies could be brighter by midday and that does always help to make it a little more inviting but I still think that unless there’s enough swell to get the South Coast fired up then we probably won’t want to be getting in today!

It looks as though we are in for a windy start to the week, Monday starting out with those continuing strong south westerlies and a bigger swell swinging all the way around and into Harlyn, making that the place to head for locally. It should be three to four feet and offshore with those sand sucking barrels grinding through!
But the wind is likely to slip more to the west though through the afternoon, eventually ending up still strong and blowing from the north west all the way into the middle of the week.
That is not the best direction for any of our local surf breaks, so it is likely to be onshore everywhere.
There should still be a lot of swell bouncing about but whether there’s enough to make the journey over to the other coast worthwhile, we’ll have to wait and see!
But that is the only option if you are looking for cleaner conditions. Otherwise it’s a case of jumping on into that onshore froth of those autumn swells on this coast!
Have great week, wherever you are and whatever you’re doing!