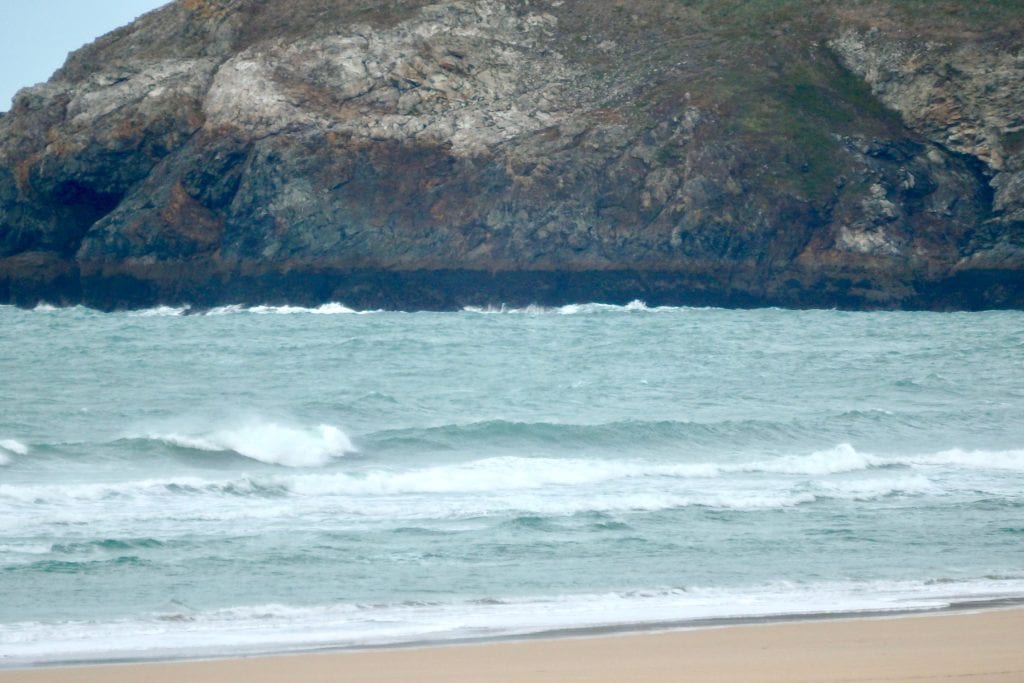 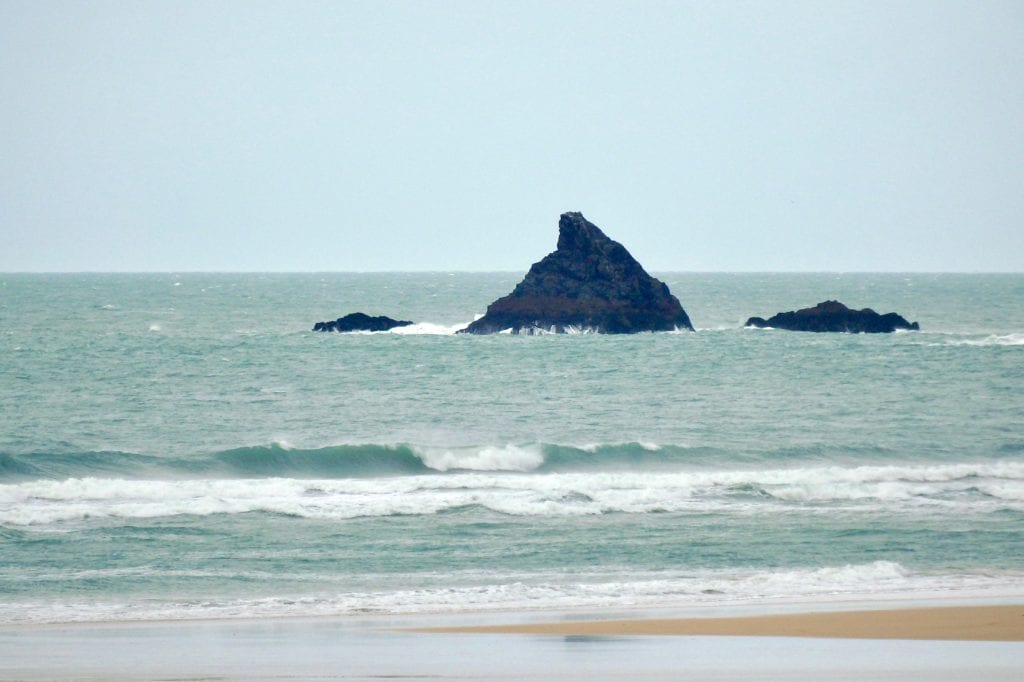 It’s a mixed up old day out there with a blustery south, south westerly just about managing to push some bright bits into an otherwise grey and threatening blanket of sky.
There are still some chunky little waves hurling themselves into the shallows, that wind crumbling and bouncing some of them, just about holding up others and doing both on the occasional ones.
So it’s basically a blustery sideshore kind of surf, one of those when you dither about for ages, eventually go in and then have an okay time of it.
And the water is till warm, although showing signs of cooling! 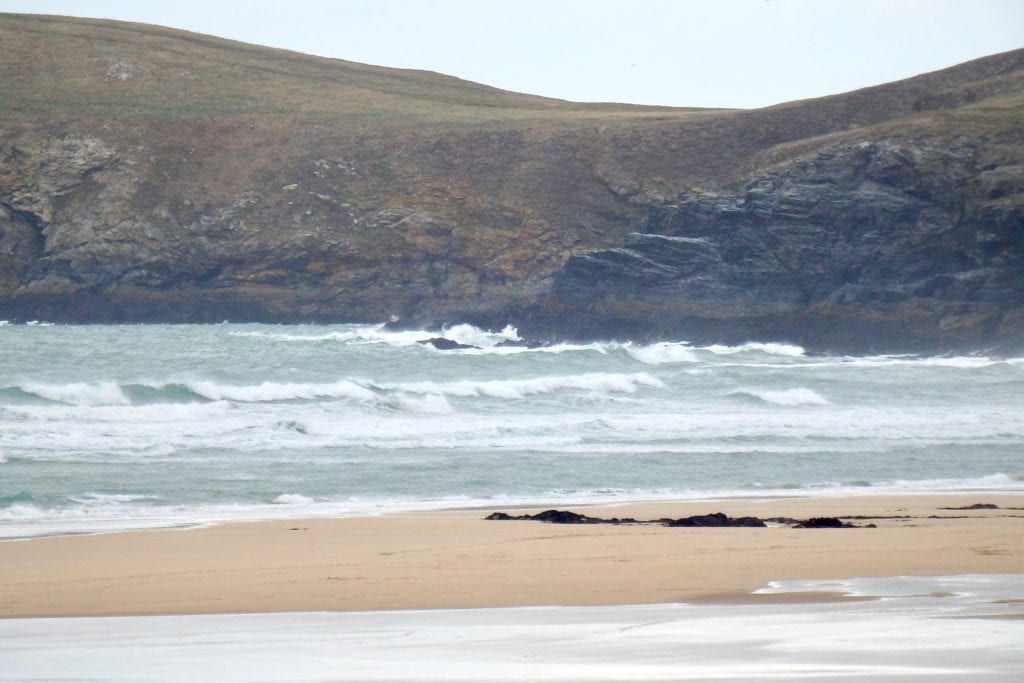 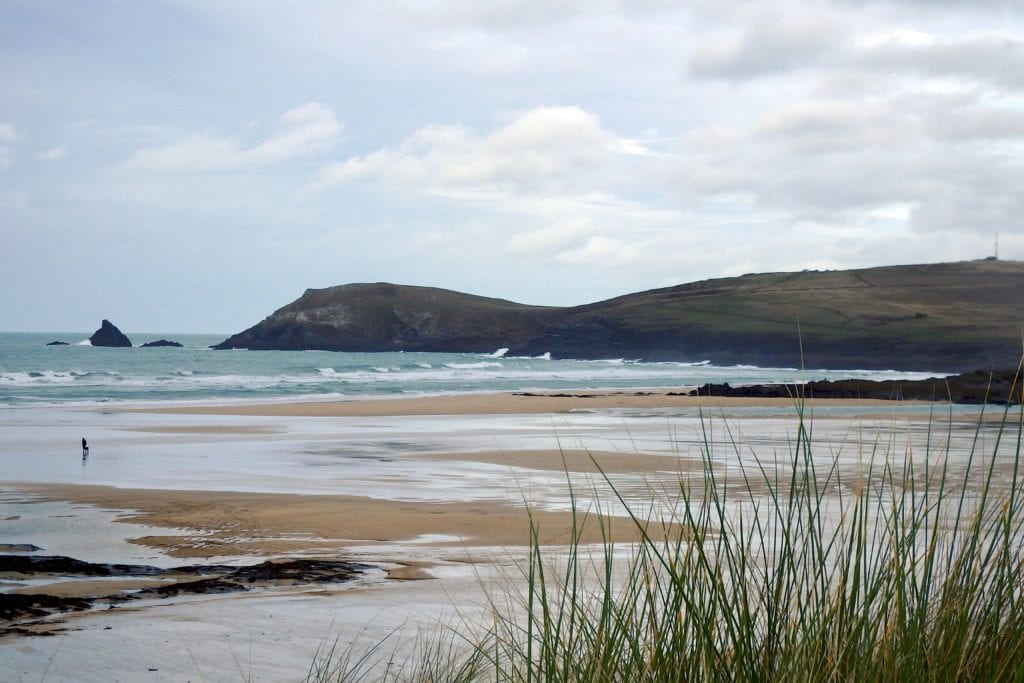 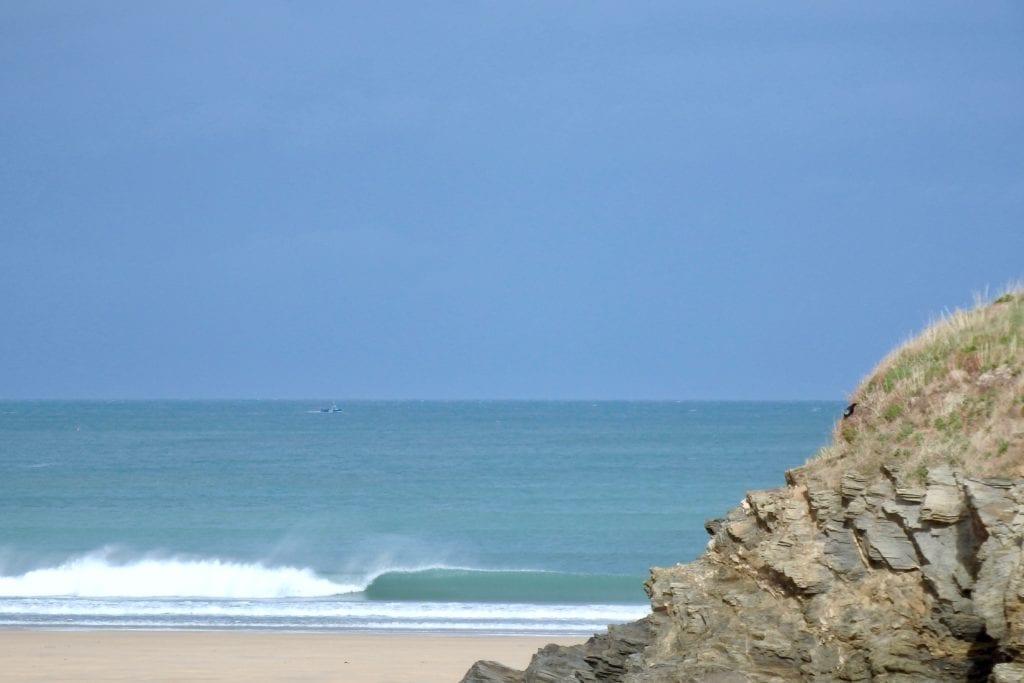 The wind is straight offshore at Harlyn this morning, hollowing and shaping those real small waves that are managing to swing all the way around and into the bay.
And it looks tiny, maybe even flat if you only pause at the bridge but hang around for a while and you will see those occasional sets come crashing in, two feet and bigger but with a long, long wait between them.
So if you are patient enough, you might just get a few smooth faced little snappers! 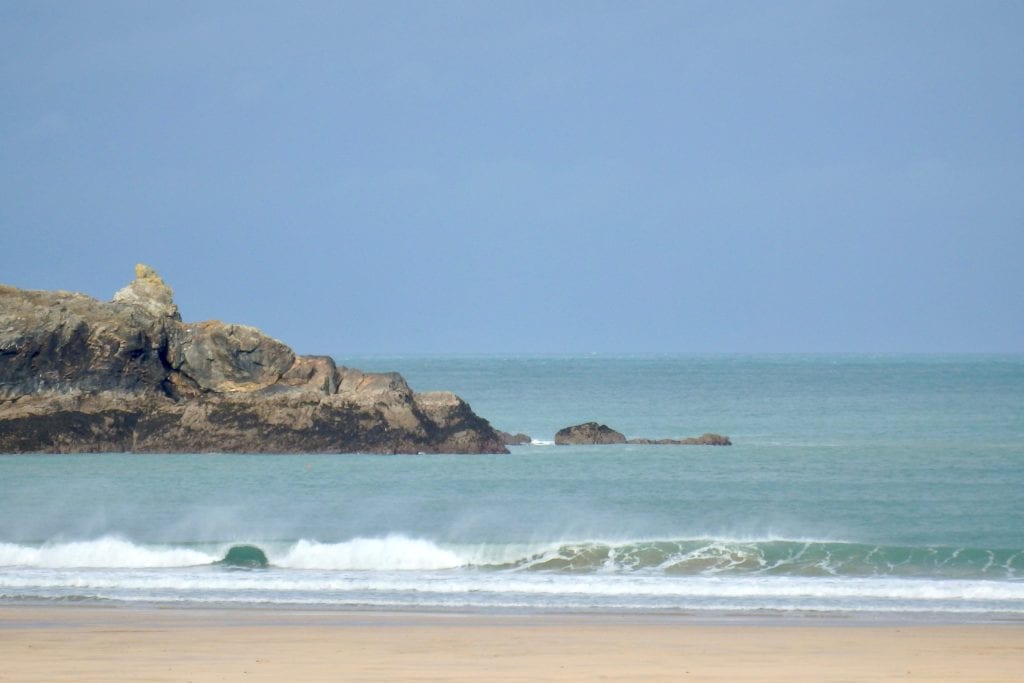 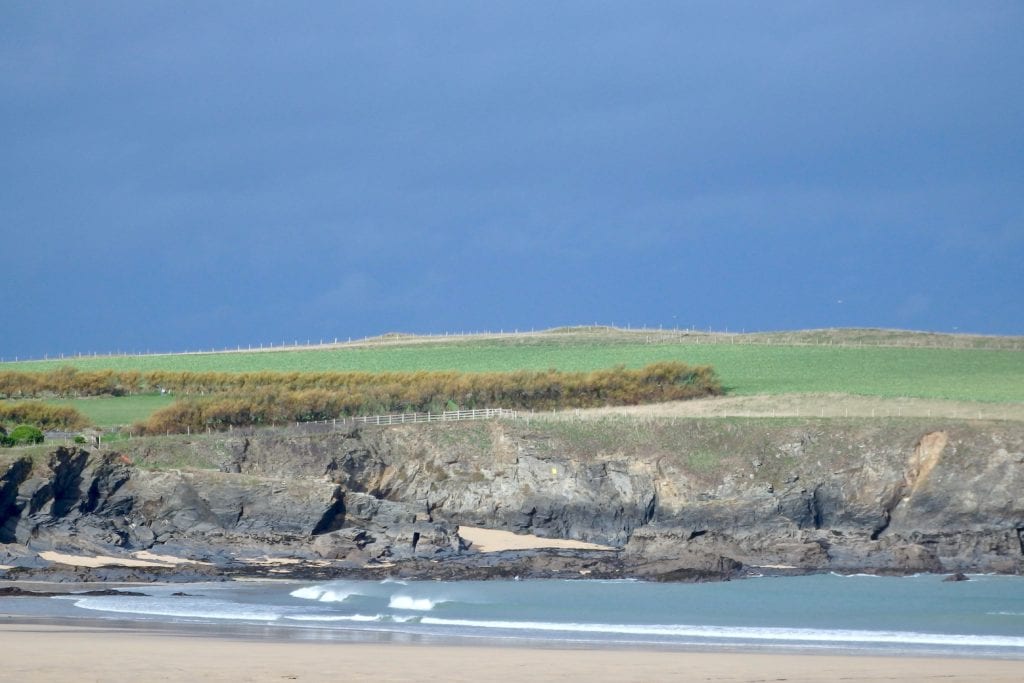 Westerly winds are likely to be trashing the four to six foot swells that should be coming our way today, that frustrating three to four feet of Harlyn surf being the best that we can hope for, unless the wind changes.

After an awesome start to the week we will be seeing quite a breezy and sometimes more stormy time of it.
Monday should be one of those days with light offshores helping shape the four to six feet of immaculately smooth swell into something even more beautiful by the time those waves hit the surf breaks.
The wind is likely to pick up again through Tuesday a brisk southerly shaping some pretty but smaller waves at Harlyn while chopping out our favourite breaks.
That wind will blow harder through midweek while backing more westerly, helping to push in some more big to really big swell. But there are only going to be a limited number of breaks that will hold that swell in that wind.
We might be putting in some miles to get the best out of this swell.
And that’s the story of the rest of the week and right through the weekend; gusting onshore are going to be pushing thick and lumpy swells our way, getting really big for a day or two and then dropping to big enough to still seek out those sheltered spots.
Harlyn is likely to be our friend this week!
Have a great week, wherever you are and whatever you’re doing!