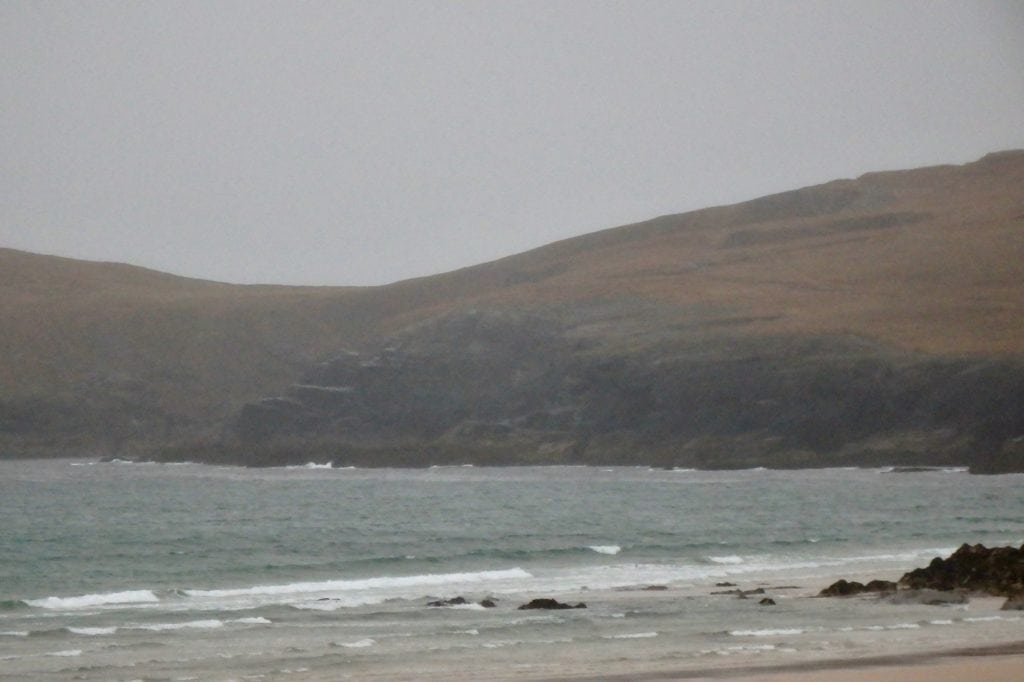 A damp and breezy, cooler morning is reminding us that that hot spell couldn’t last forever.
The wind is from the north west, the air is filled with a clinging mizzle and the surf is all but flat. Almost a foot of slopped and chopped, weak looking surf is crumbling ashore, just about rideable if you’re keen enough but hardly enticing.
You might want to have a lazier start to today because it’s only going to get better! There is a brighter strip out on the horizon, promising much better for later but right now it is all just a little grim out there! 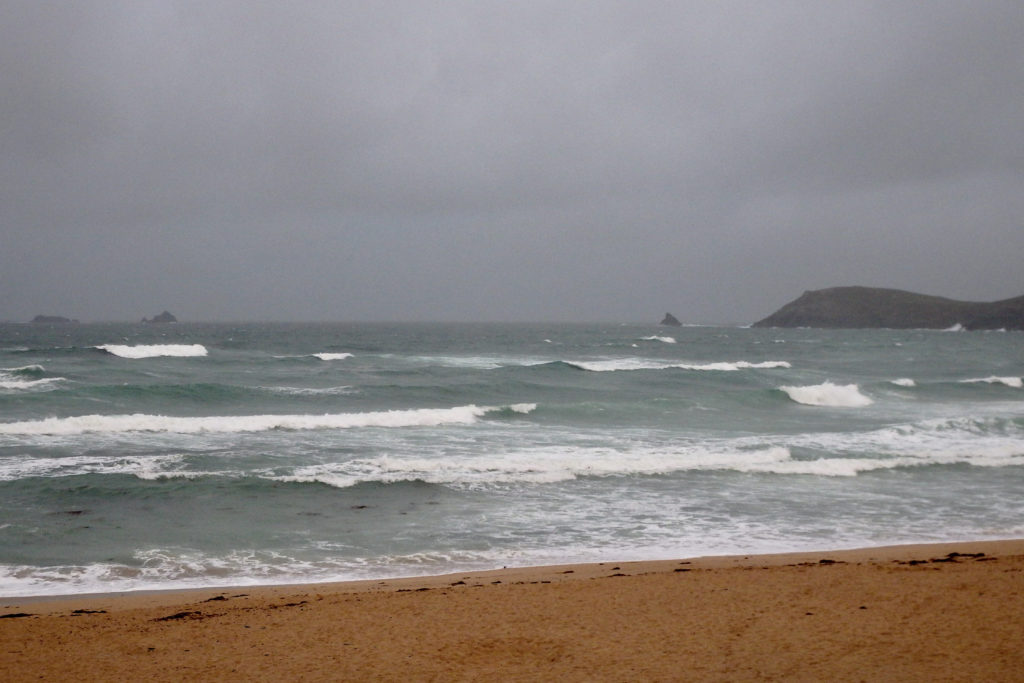 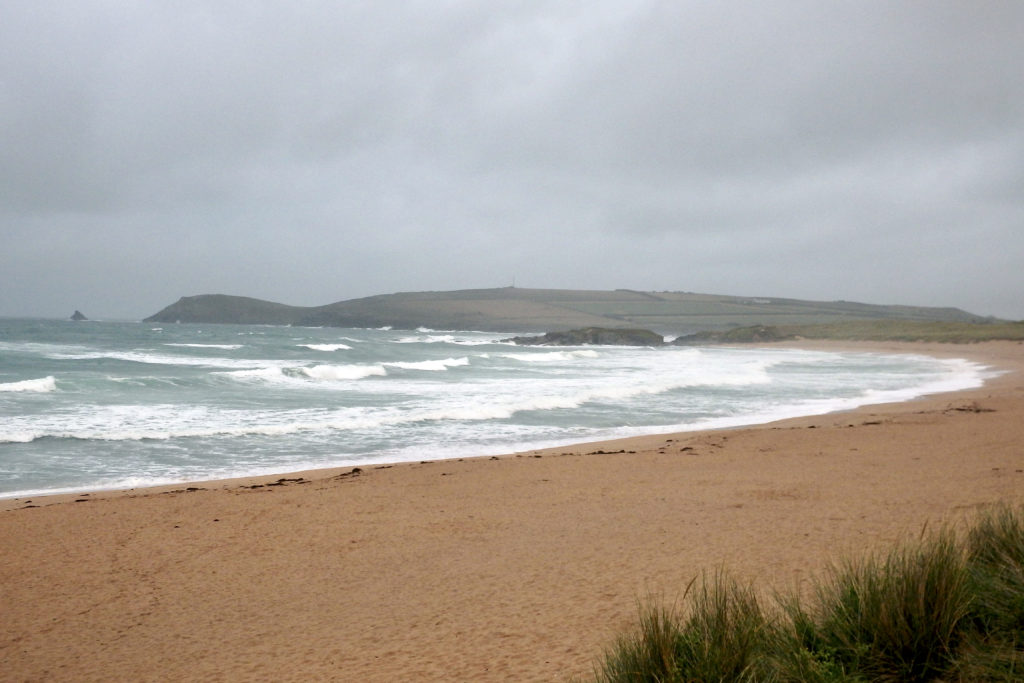 A little reminder of last winter is lingering at Harlyn as the wind rustles in from the north west carrying in an all embracing mizzle, while the choppy sea lies flat calm.
There ain’t no surf here today and it’s not looking greta for a paddle either.
But, as always, give it a couple of hours and it should be as different place! 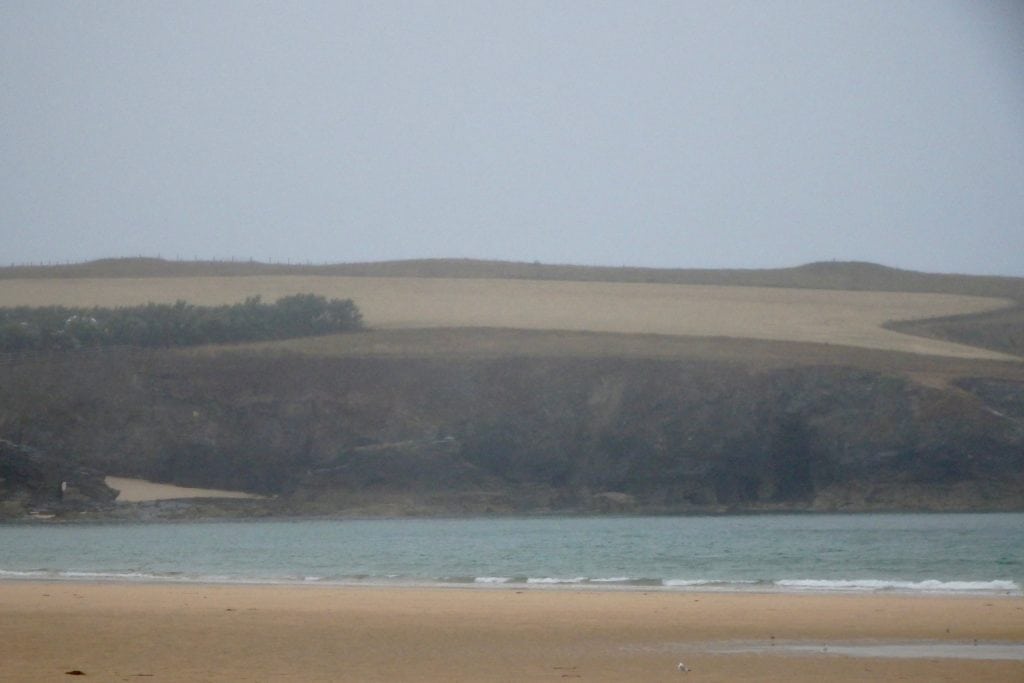 Westerly going south west winds are going to chop the two feet of surf at our main surf breaks while bundling a couple of showers our way later in the afternoon.
The wind will be offshore at Harlyn but the surf is probably going to remain flat around there.
So a couple of feet of choppy surf is the best that we can hope for today!

We can enjoy another beautiful start to this week, the sun shining down hard, the breeze light, the surf small but clean and fun. Yep, Monday is promising to be a very relaxing and properly summery day!
Eventually the breeze is going to back more northerly, going north westerly by Tuesday, crumbling and slopping the still small but slowly growing little surf, finally settling to the west for the back half of the week, strengthening for moments as the surf builds into the weekend.
So, a definite week of two halves!
If you are loving these benign conditions then you might want to make the most of the next day or two as it is going to become breezier as we go along!
Have a great week, wherever you are and whatever you’re doing!