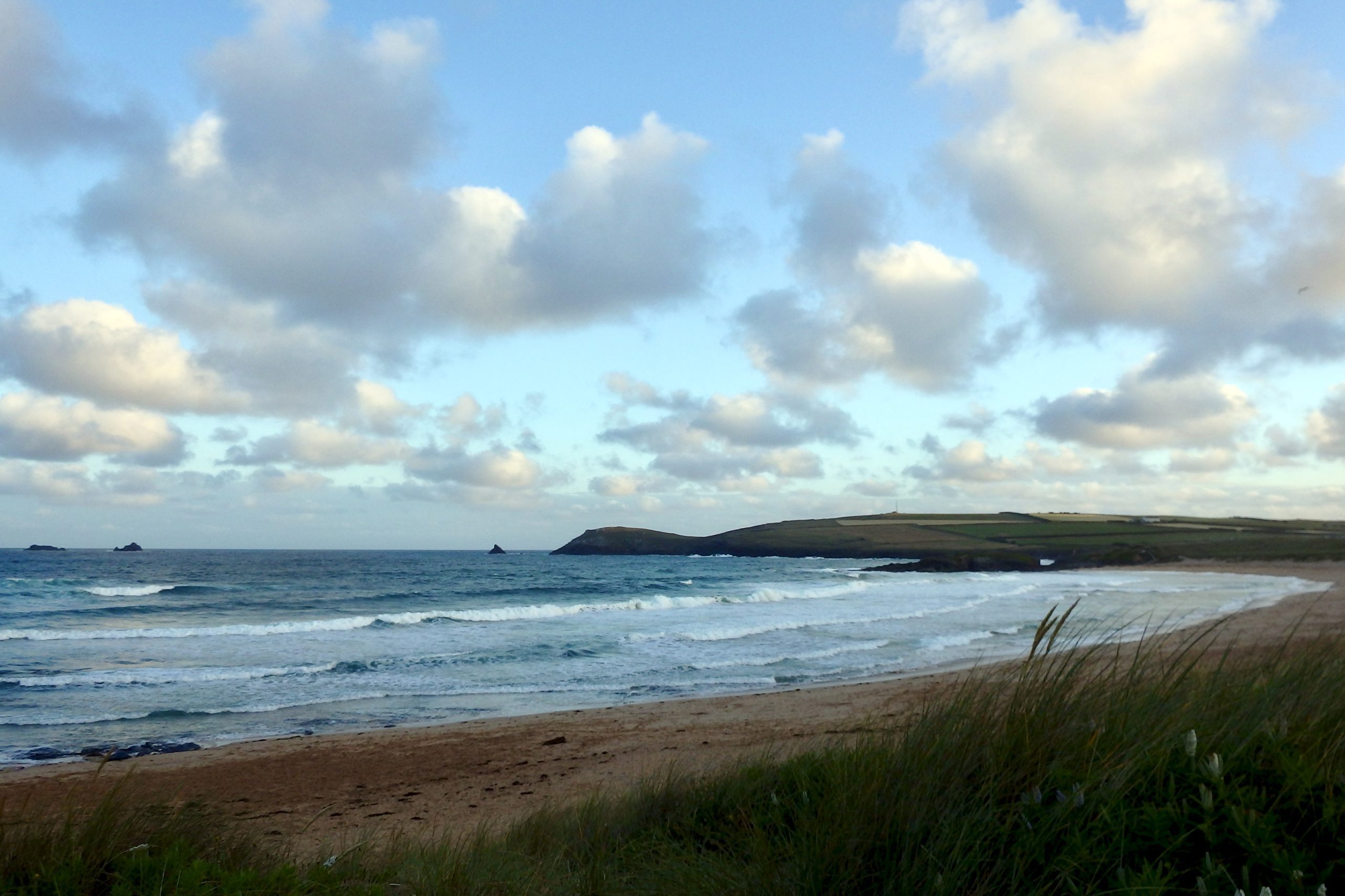 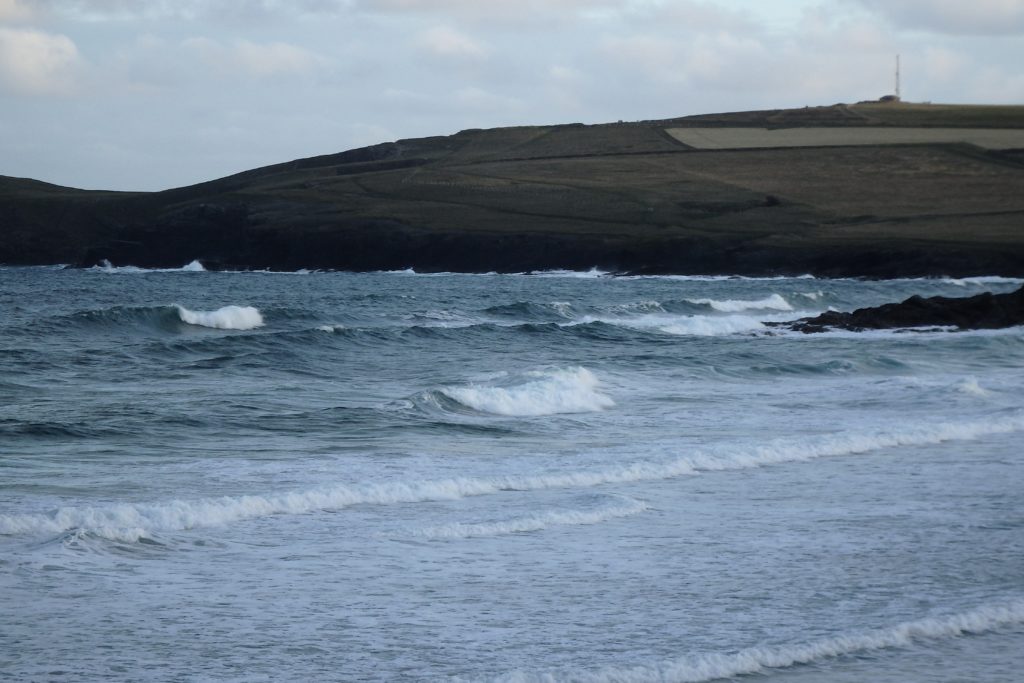 Three feet or so of deep blue, bumpy waves are rolling into the bay on this bright and breezy, slightly chilly summer’s morning.
Big lumps of bright enough cloud are being bundled along by the wind, tumbling away to reveal a lot of blue. But you can’t write off the chance of a shower or two either.
The surf is a bit bumpy as the west sou’ westerly breeze skims across the top of the waves but given the warmer water temperatures (15 deg C), it is likely to tempt you in anyway! 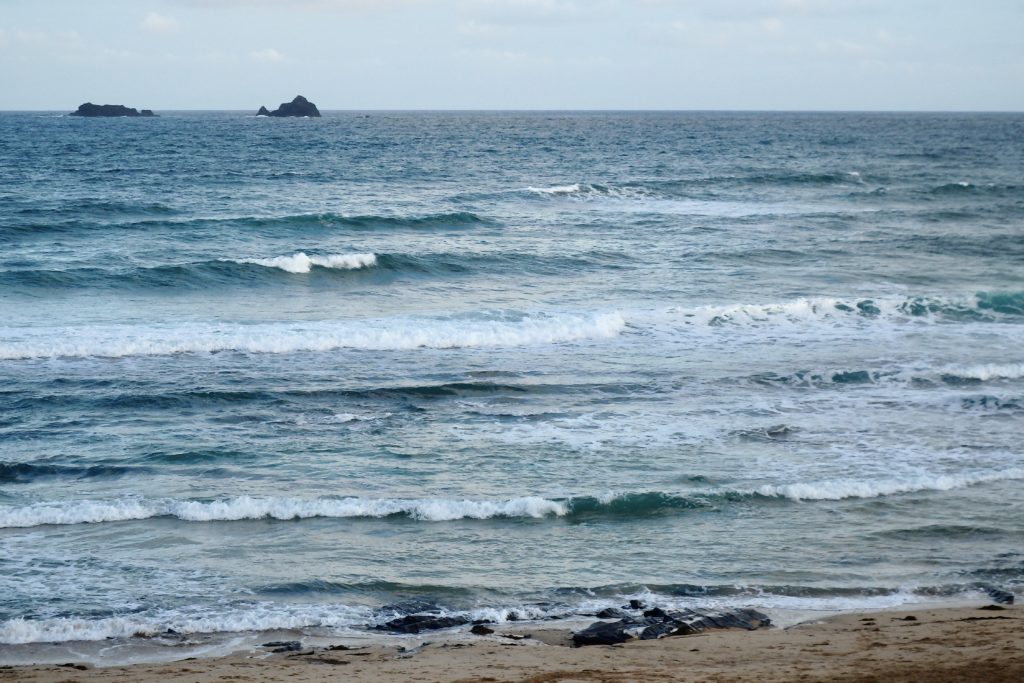 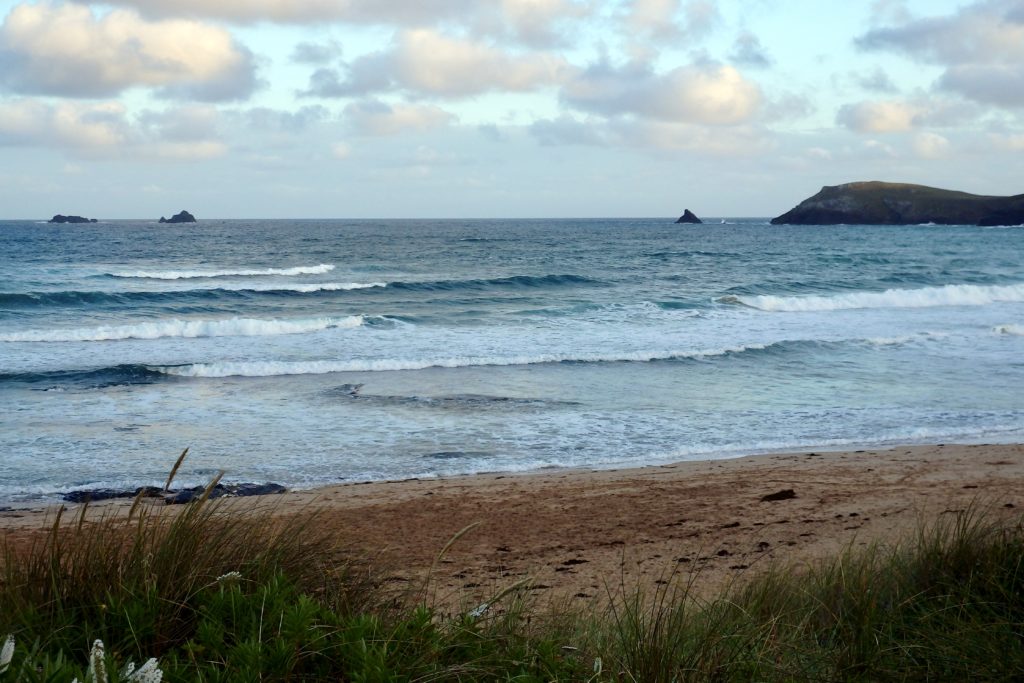 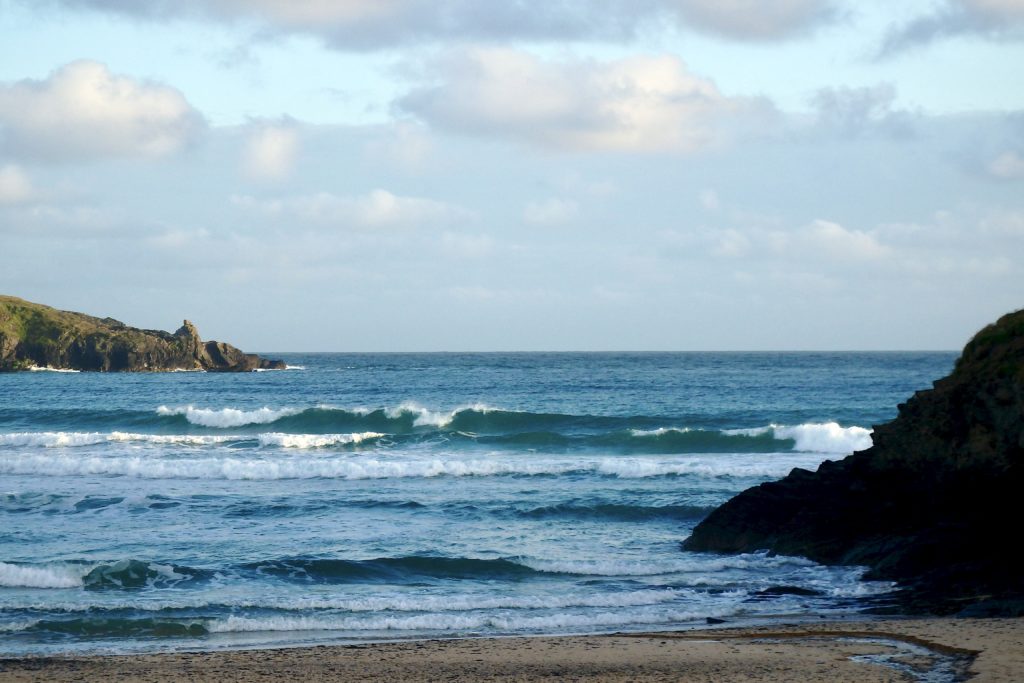 Small waves are tumbling and leaping towards the high tide mark at Harlyn, a couple of feet of fairly fun looking little waves to play in, that wind not quite cleaning it the way we would prefer.
But the sun is shining, the beach is quiet, happy vibes seem to be the flavour at present, so enjoy! 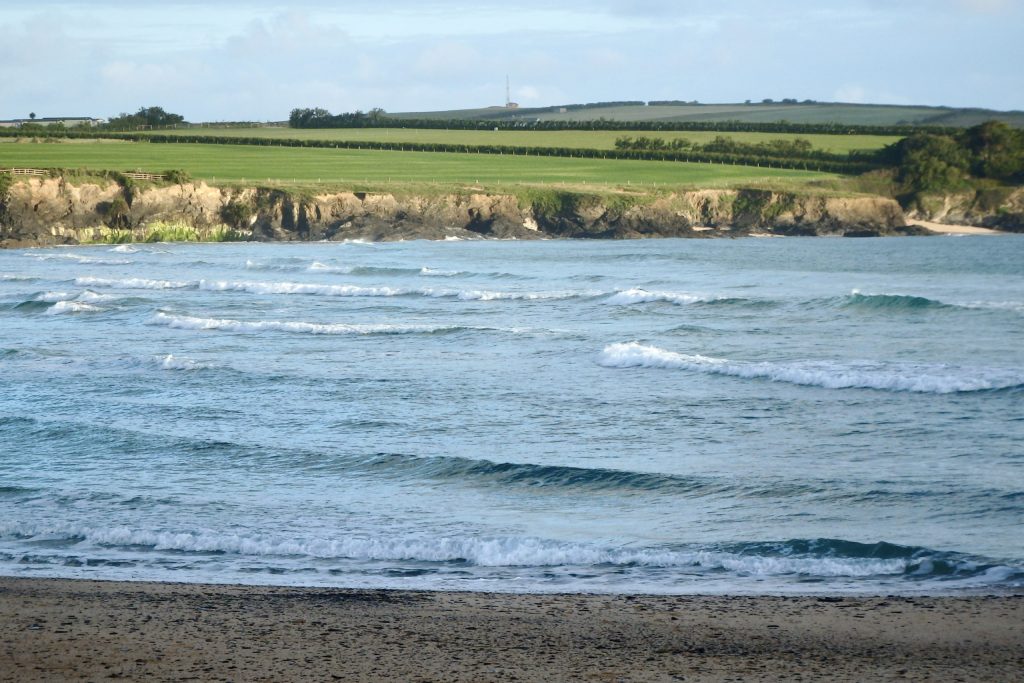 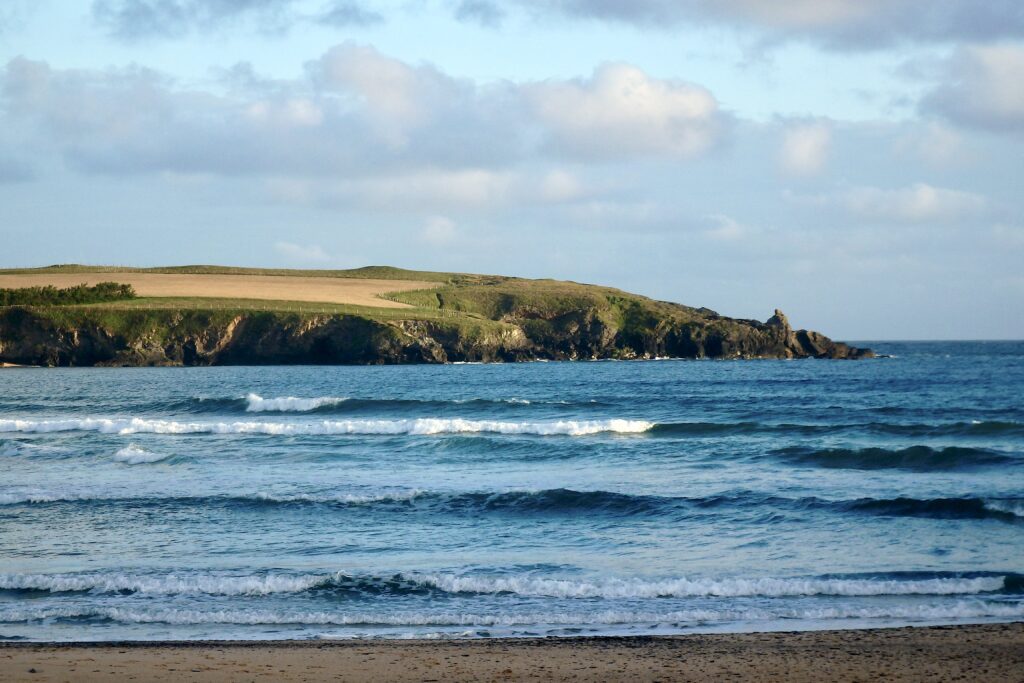 South westerly winds are likely to keep blowing in as the bright weather changes to something more overcast and a little cloudier.
The surf is likely to be pretty much the same, offering us the choice between three feet of bumpy Constantine waves or a couple of feet or so of cleaner and snappier but much smaller Harlyn.
Nice to have a choice though!

Those north westerly winds at the start of the week should ease back quite quickly backing more south westerly through Tuesday before calming to a northerly breeze through midweek.
So we are looking at another mixed week of mainly tatty and raggedy surf bumbling along the coastline in the three to four foot size range.
There should be plenty of waves to attract everyone in but it’s unlikely that we will see much quality surf this week.
Midweek promises to have the most relaxing weather with plenty of sunshine, even if it does feel a little chilly in the breeze. But, again, the surf is likely to be a bit sloppy.
Stay safe, stay happy, stay well and have a great week, wherever you are and whatever you’re doing!