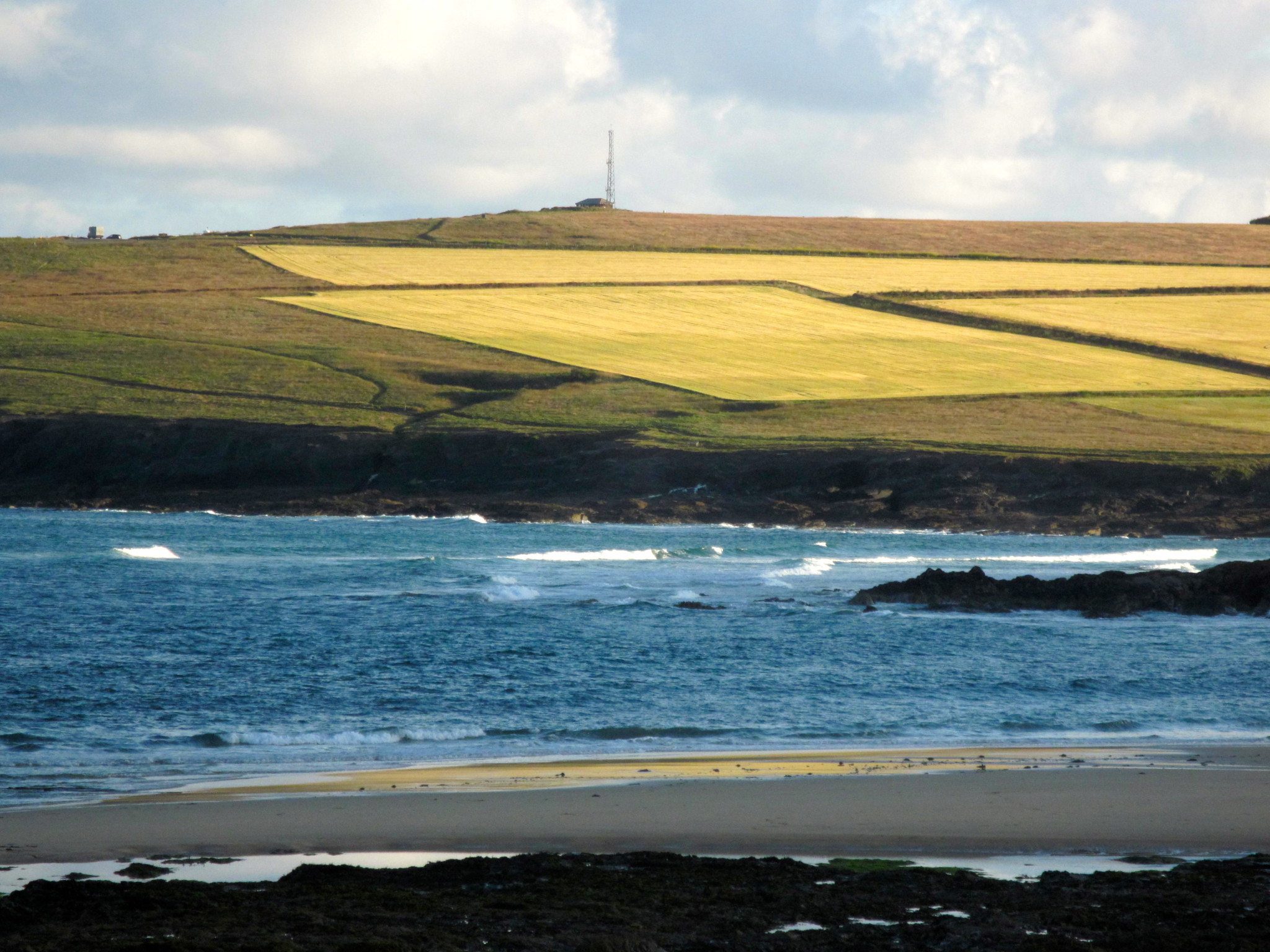 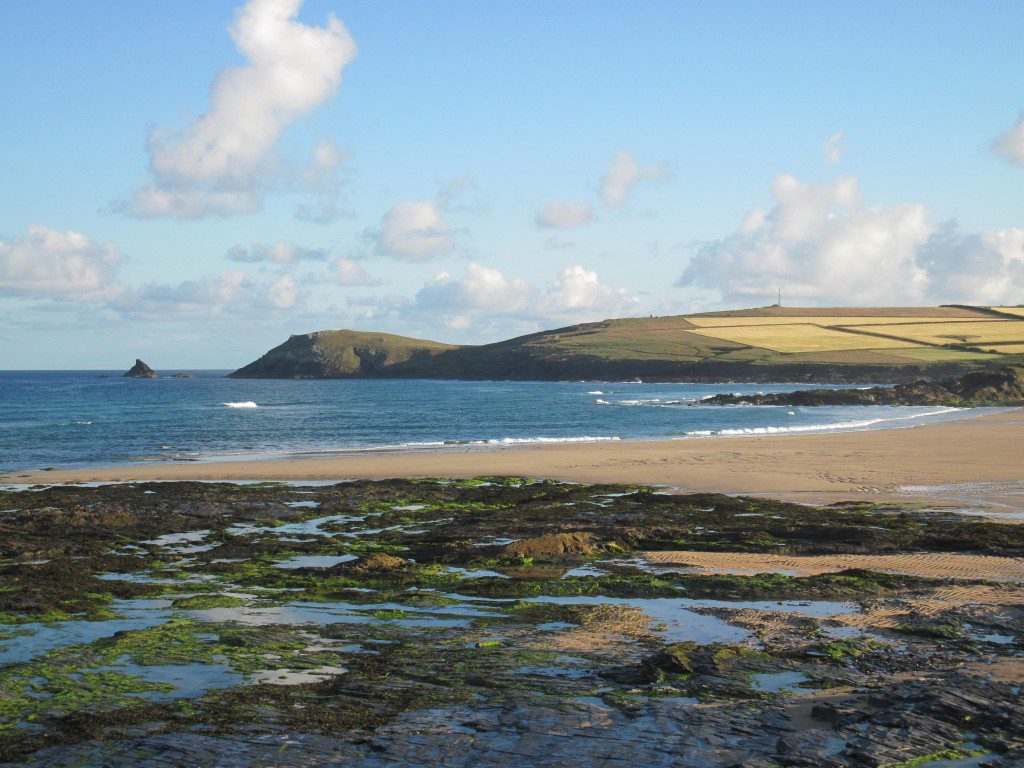 Yet another bright and pleasant day has drifted our way with only small but rideable surf.
The wind is light so far, steadily blowing onshore from the north west but still allowing the swell lines to keep their shape.
It is all a little bumpy and there’s some surface chop to it as well but there is a foot or two of peaking surf breaking on those little sandbars and it looks worth a glide on a longboard or fish maybe.
There’s a couple of hours to go before low water so you have to think that there is at least a chance of some extra size showing on the incoming tide too.
Other than that, the sun is shining in a clear, blue sky, the air is mild and the sea temperature is rising (17 deg C and rising). Yep, it looks like another fun day ahead! 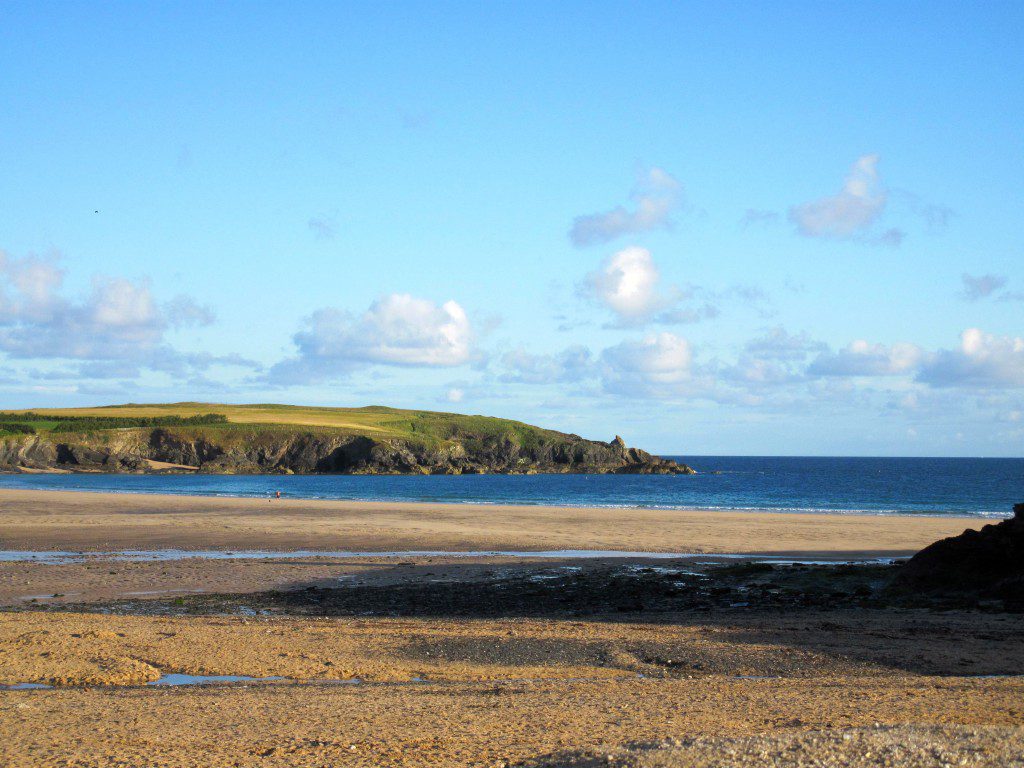 It is as flat as flat can be again around here this morning, bright early morning sunlight throwing sharp shadows across the bay, the air mild but that light wind onshore and making for some surface chop.
It is a beautiful place to be but there’s no surf here today!

Another bright day awaits and the surf should be a little bit bigger but that wind is forecast to remain north westerly, onshore everywhere here.
So, a couple of feet of lumpy and bumpy stuff.
That’ll do on a bright ‘n breezy day!