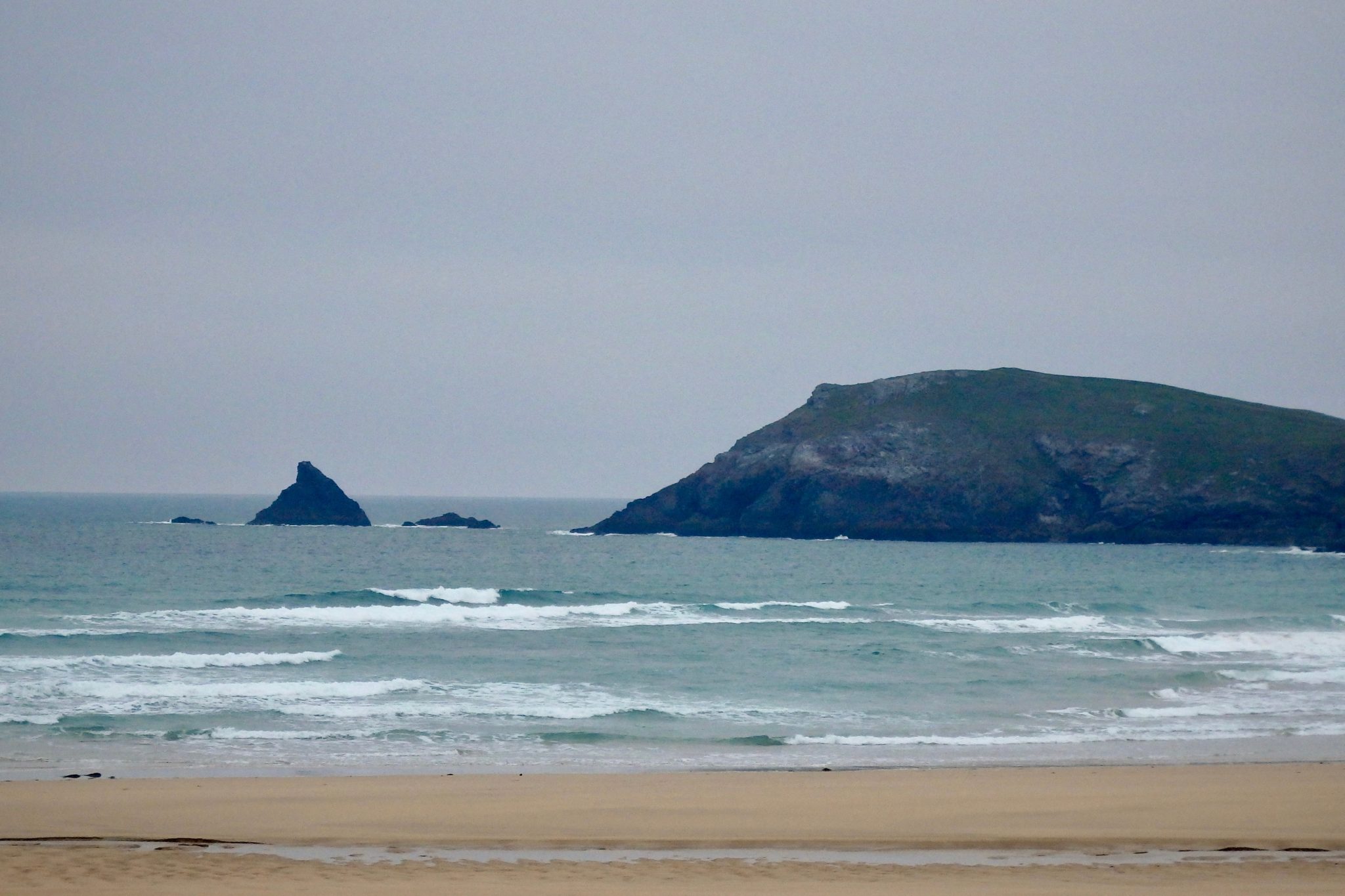 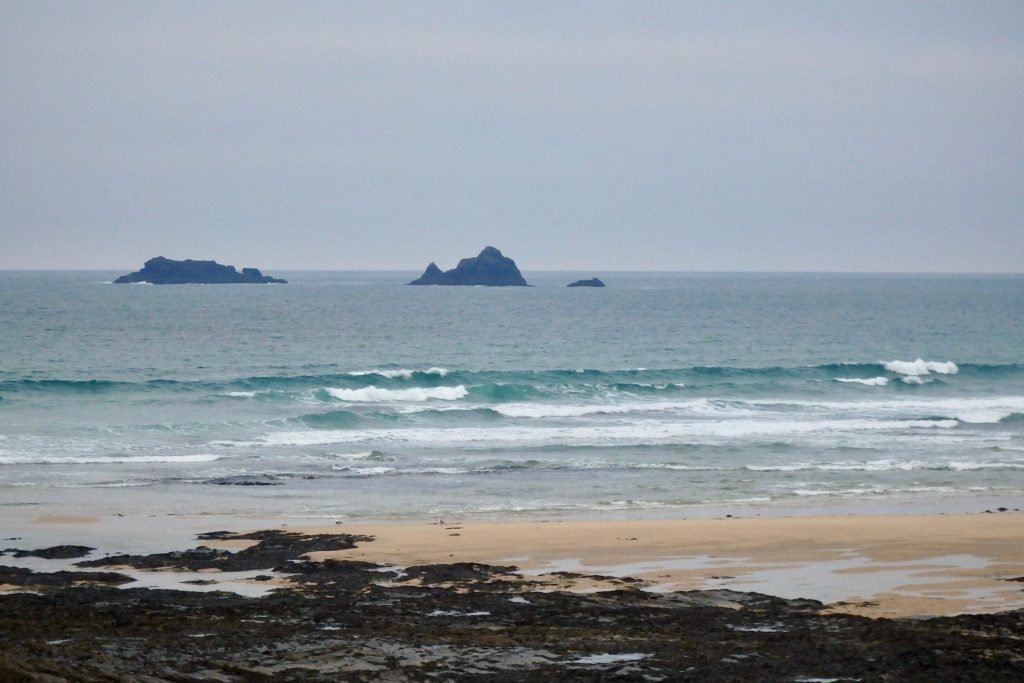 As a lot of the rest of the country continue to enjoy those bright and summery, warm and sunny days, this stretch of coastline clings to the greyness and coolness of overcast and misty, chilly conditions.
The breeze is westerly, light but fresh enough to ruffle and bump a couple of feet of lazily rolling, grey surf, while the cloud cover looks happy to sit around for at least a while.
But give it a while and we will be enjoying some gentle rain.
Just as the wind picks up. 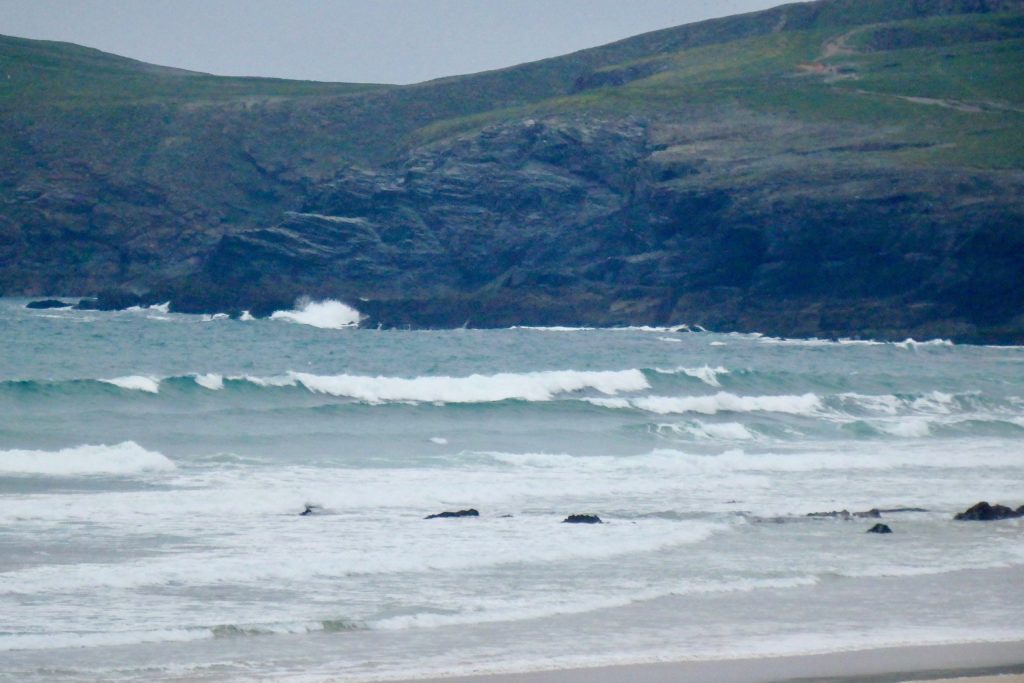 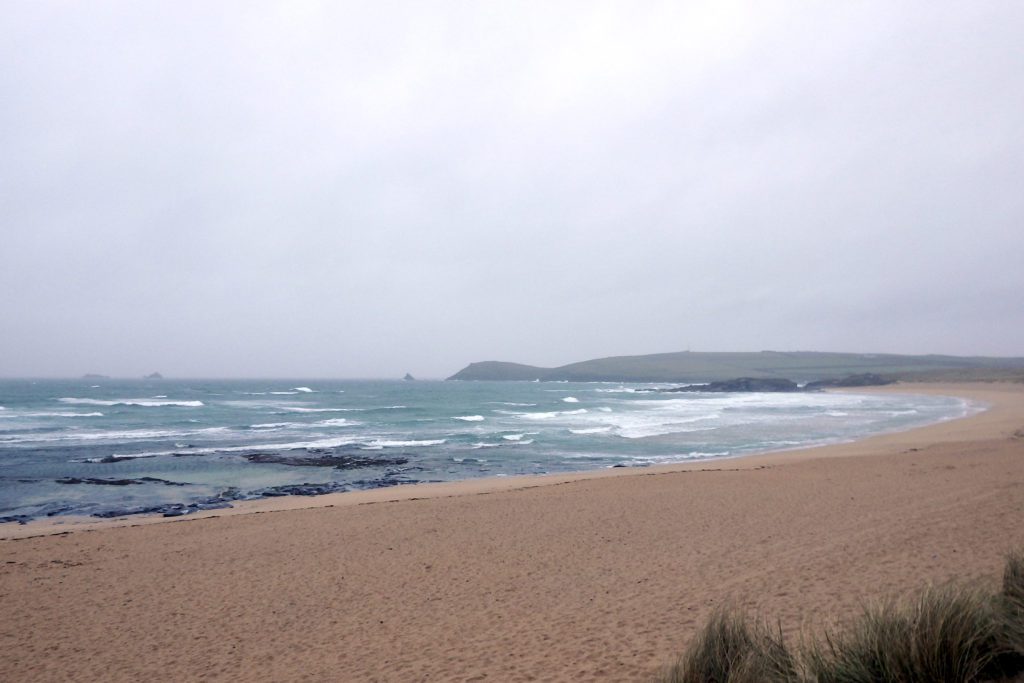 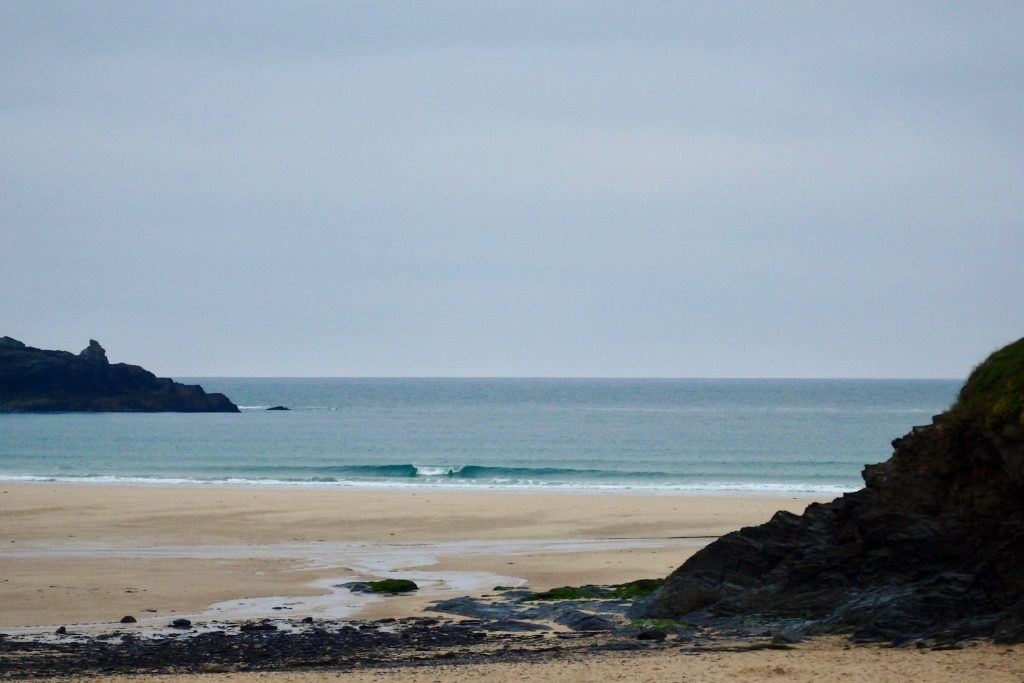 Tiny glassy peaks are unfolding onto that hard an compacted low tide sand, the shish and sho of those little waves sounding bigger than they are.
But they are just about rideable, a longboard probably making things a whole lot easier, although the other side of the headland is really the place to go for some more fun waves today! It is small over there but at leat there is something to drop in on. 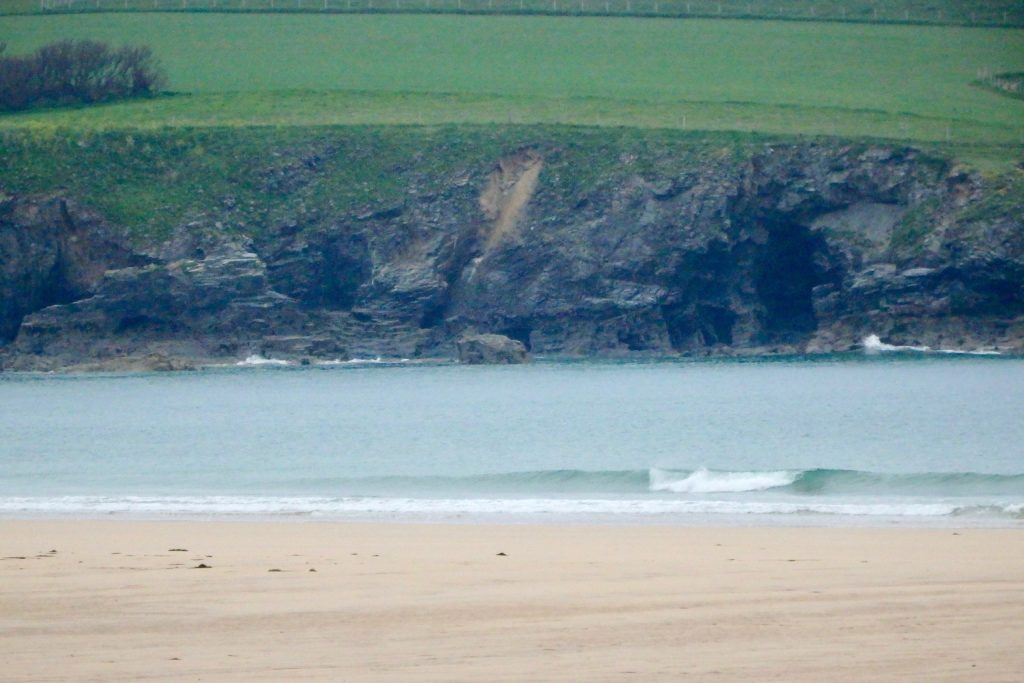 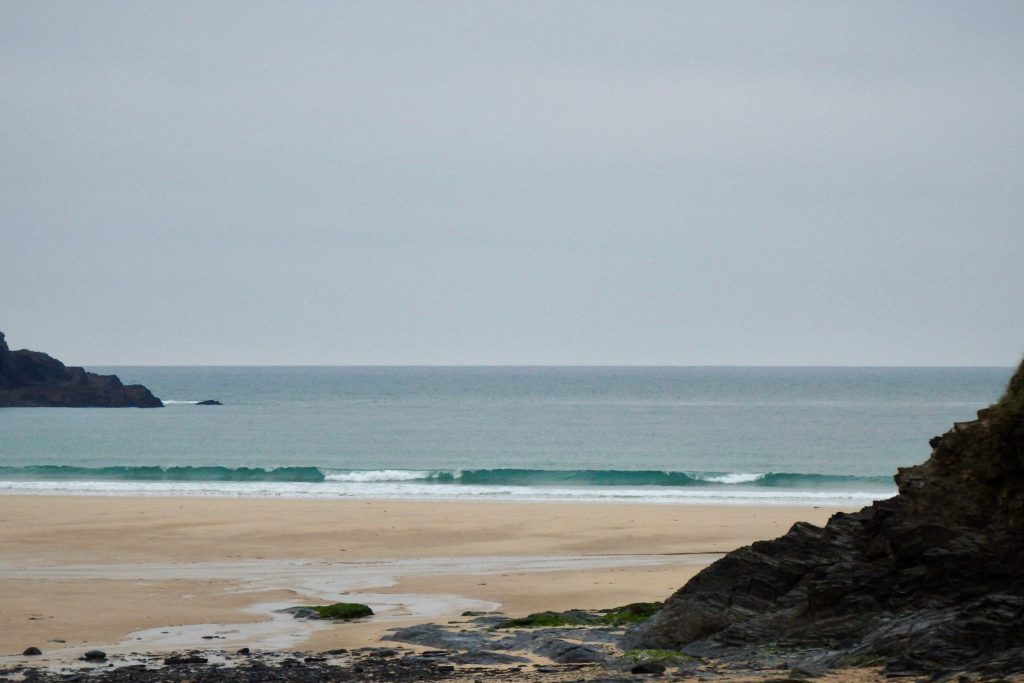 Surf Forecast for Wednesday 9th May 2018

South westerly winds combined with a four to five foot and building swell indicate a promising and fun day at Harlyn.
I think that it is safe to a some that we will be playing in four to five feet of gaping hollow Harlyn shutdowns for most of today!

As our Bank Holiday visitors gradually ease themselves back to reality we should start to lose those annoying fog banks, which will of course eventually be replaced by wind and rain!
By Tuesday afternoon the breeze will be increasing in strength having switched to the north west. And some cloudier weather will start to see some showers flowing our way.
Meantime the swell should start to increase, doubling in size overnight into Wednesday and building steadily into the back half of the week.
Harlyn should start to find its feet as south westerly winds blow through on Wednesday, a decent three to four feet of hollow surf bowling through there.
Big wave will be battering our coastline through Thursday, the north westerly wind junking it all out on this coast but by Friday a direct southerly wind will show off some spots to their best, especially with a solid groundswell rolling through in the six foot plus size range.
So, a breezy and damp week approaches but feeling fresher and more lively than it has done, with plenty of surf for everyone on both coasts!
Have a great week, wherever you are and whatever you’re doing!