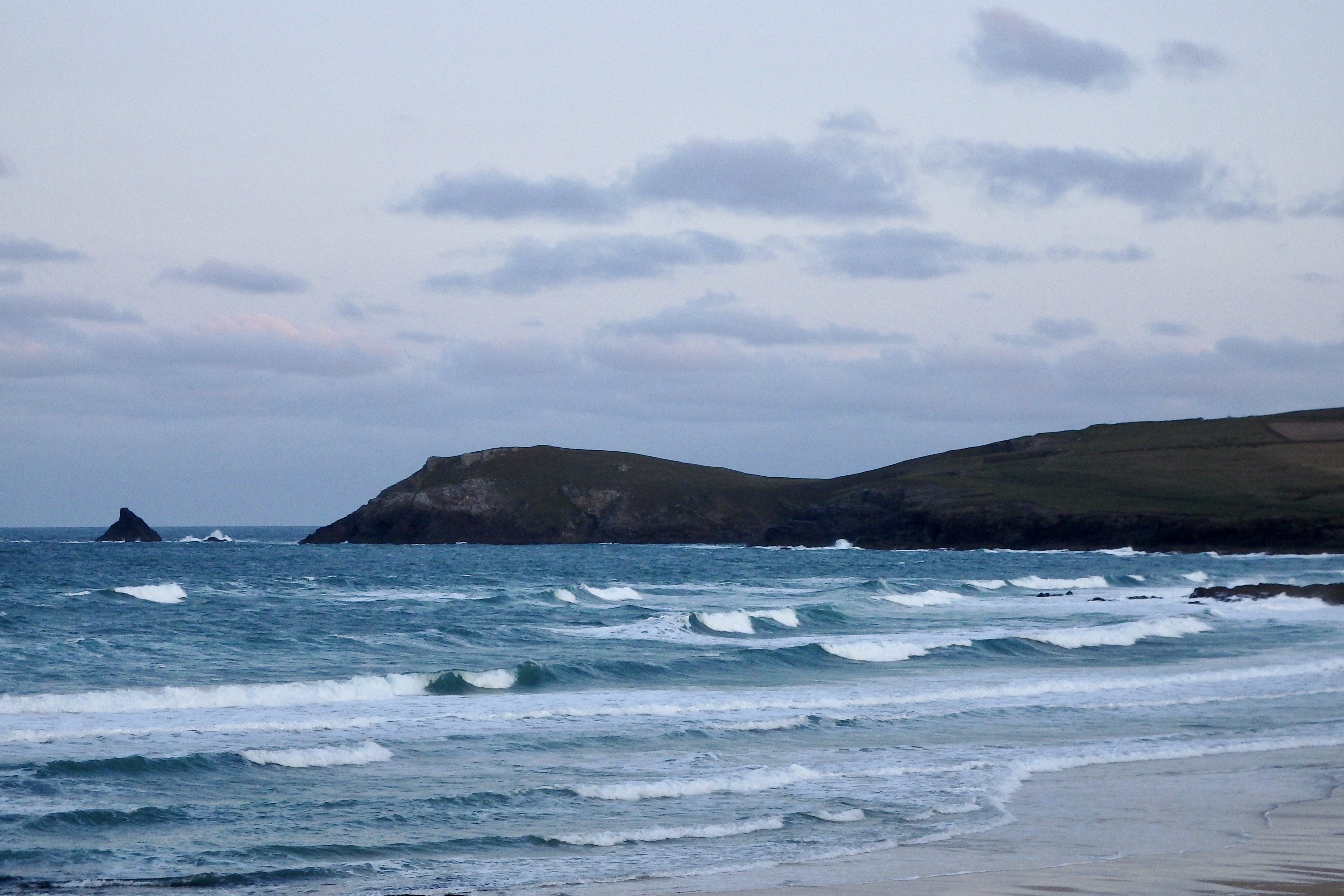 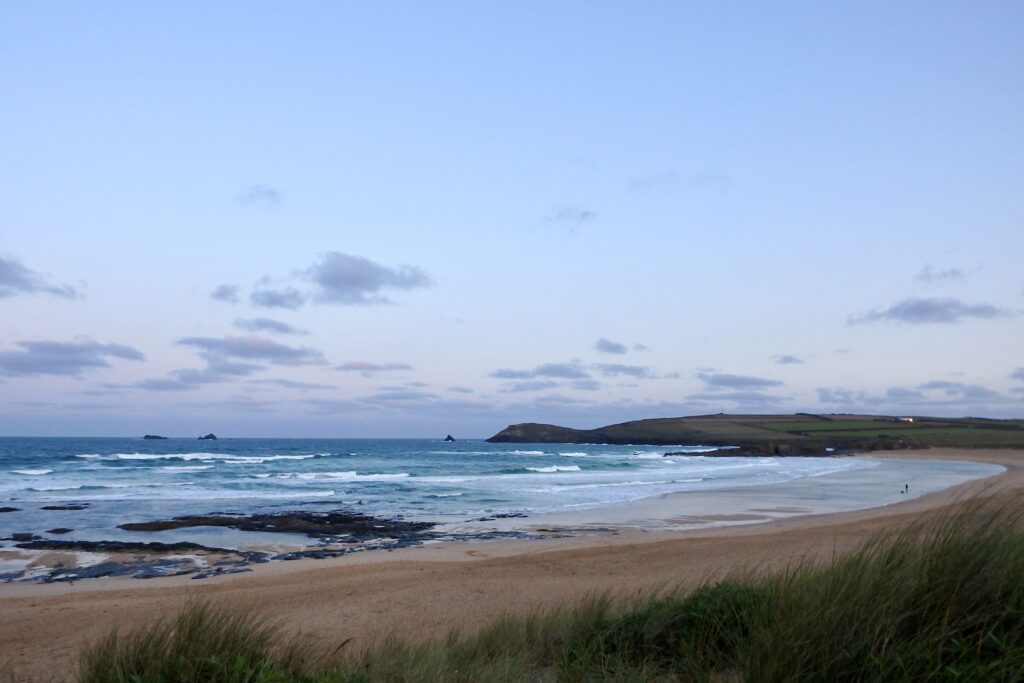 A beautiful day is spreading its bright and cheery, summery sunshine along the coast this morning, the temperatures a bit low but everything else hunky dory.
And there’s swell too!
Four to six feet and bigger of thick and lumpy, bumpy swell is rolling along the coast, a light southerly wind almost twitching offshore but not quite.
And so there are plenty of four to six foot waves cresting into the bay, those bigger sets shadowing on the outside sandbars, adopting that almost winter-swell look as they bounce into the wind.
If that wind, light as it is, just backed a degree ore two to the east we would be enjoying some classic conditions. But it hasn’t, yet – we’re going to have to wait until tomorrow for that!
And while you are surfing four to six feet of offshore hollowed, grinding waves in that unseasonably warm and sunny weather tomorrow, I’ll be barrelling down the highways of France in search of something as good but hopefully longer lasting.
So, no surfcheck for a week or two!
Check our forecast below to see what we think conditions will be like in the meantime! 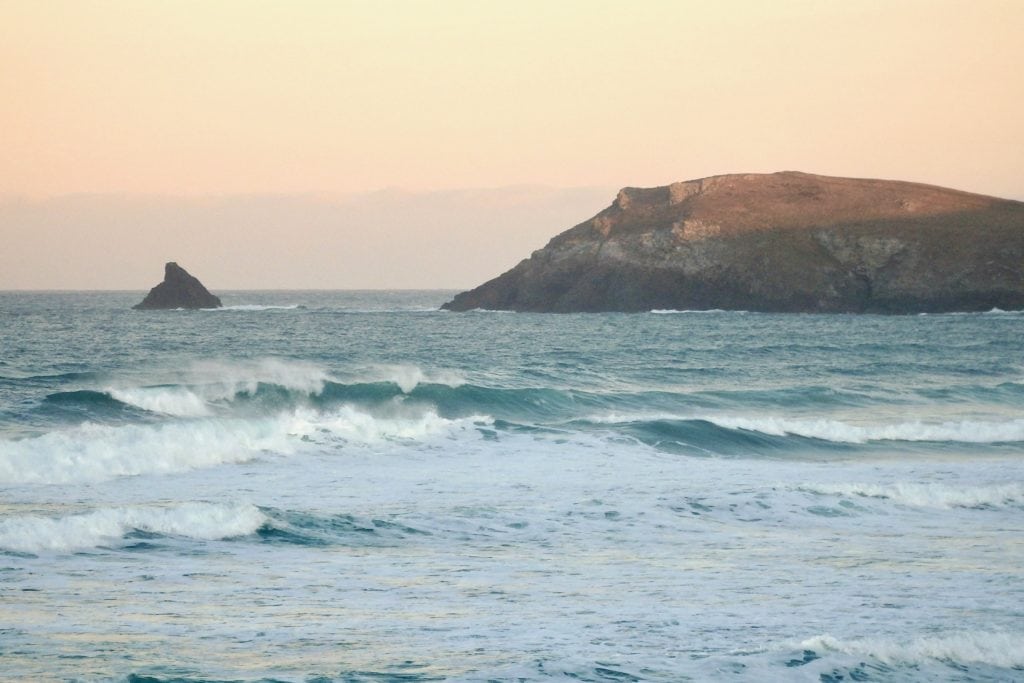 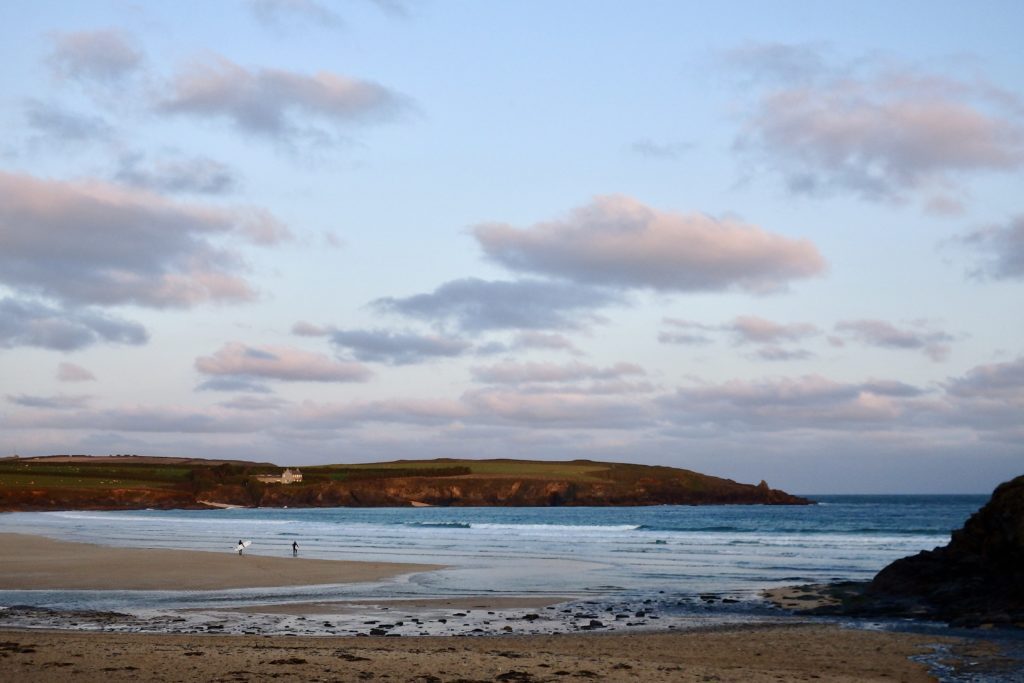 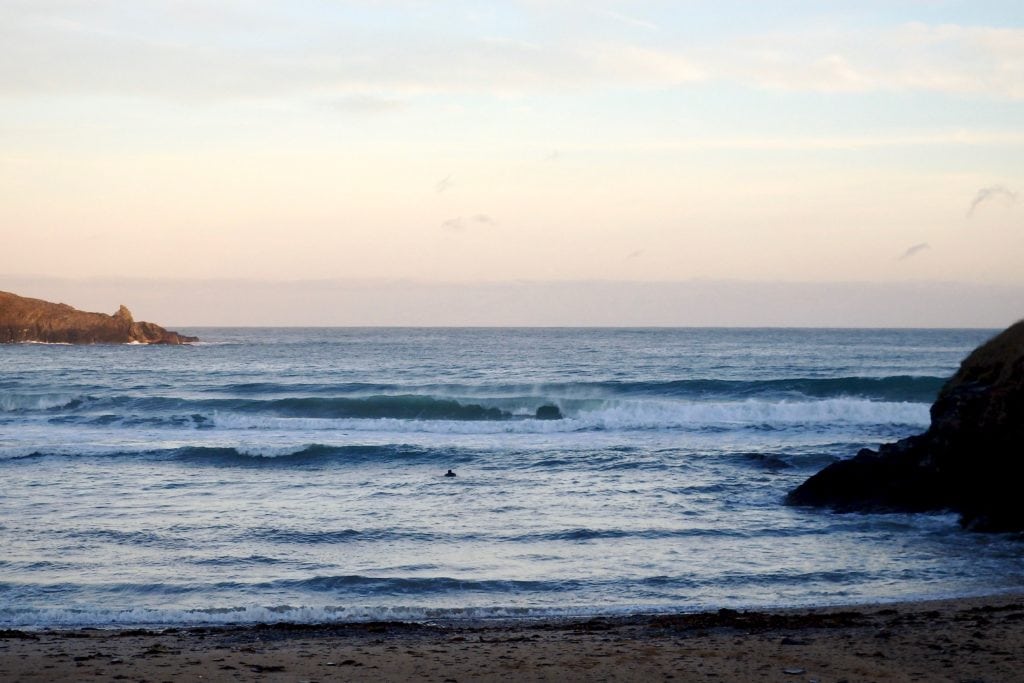 Some pleasant and smooth faced, thick and folding waves are exploding off the Rock this morning, three feet and occasionally bigger of mainly beach wide close-outs but with those odd beach-long peelers.
It does look like fun and it should improve again, certainly on this afternoon’s tide, maybe before then as the breeze settles more offshore and the swell finds its feet.
Yep, it looks like a fun day of surfing at Harlyn! 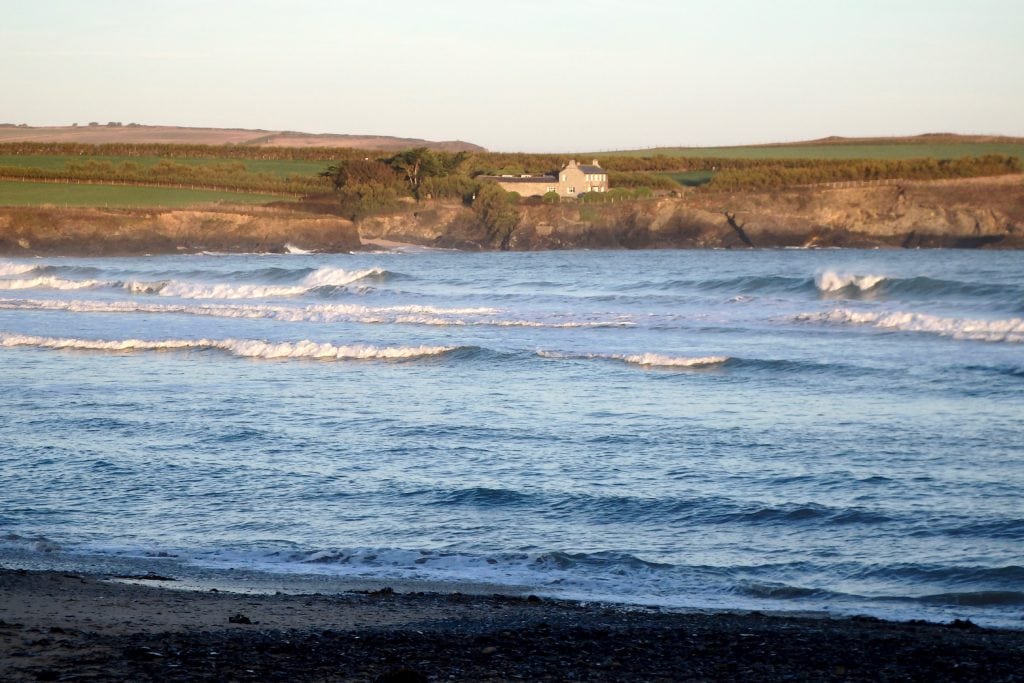 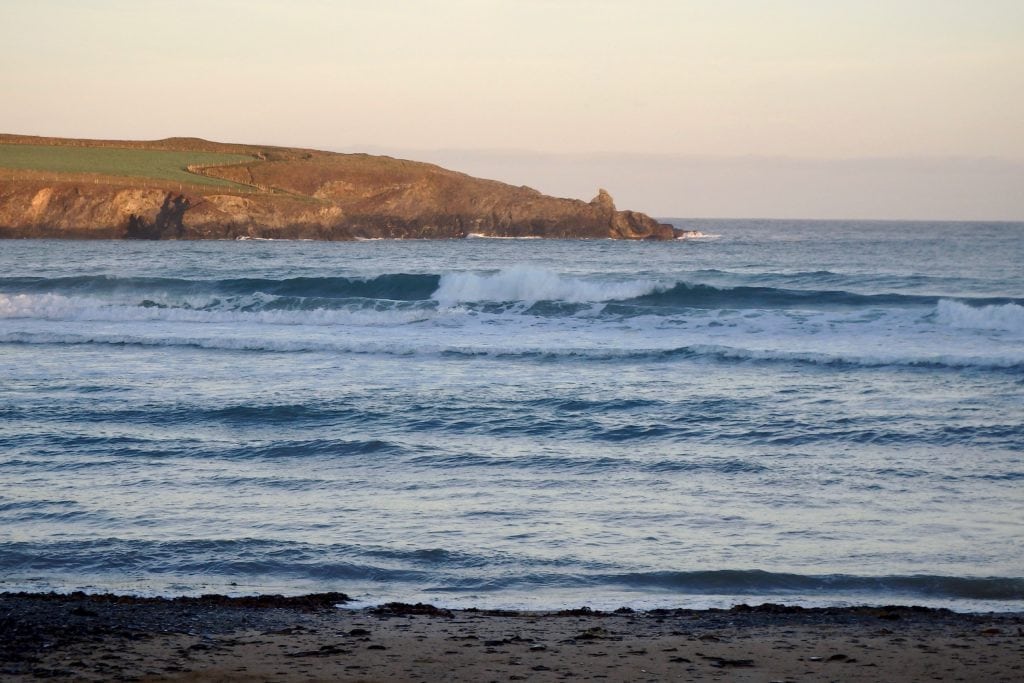 The swell might have eased back in size a fraction but the wavelength should continue to be solid while the wind, although strengthening should remain offshore all day long.
Throw in some gorgeous sunshine and warmer temperatures and we have the makings of an unseasonably fabulous day!

Brisk south westerly winds are going to be blowing some thick and lumpy four foot plus swells our way as autumn storms slide up the Atlantic, hopefully skirting around us while slingshotting some pleasantly strong swells our way for the start of this week.
So Harlyn is likely to be the more organised place to surf as the week gets under way, offering some clean surf probably more in the three foot range while the more swell exposed spots will be battling four feet plus swells with that wind pushing and shoving behind them.
By midweek the wind will probably back to the south east, offshore at our favourite surf breaks but maybe getting a little too strong through the afternoons and keeping the swell size a little below what it could be.
There should still be some size to it as we hit midweek, a sun brightened and (relatively) mild temperatured four feet plus of offshore hollowed surf is expected at all of the main surf breaks up and down the coast.
And then it should get big, maybe really big as we hit week’s end and then through the weekend, keeping some quality shape at most of our surf breaks if the forecasts remain as they are.
I personally think that the wind might just get a little too strong for periods so you will have to be keeping an eye on the charts as conditions change to get the best out of it.
So, all in all an excellent week with some serious surf lies ahead and I’m away to France to savour the delights of the Basque Country and the QuikPro France for a wee while. Charlie will be holding the fort at the shop while I’m away and we will resume the surf check when I get back in week or two.
Have a great week wherever you are and whatever you’re doing!