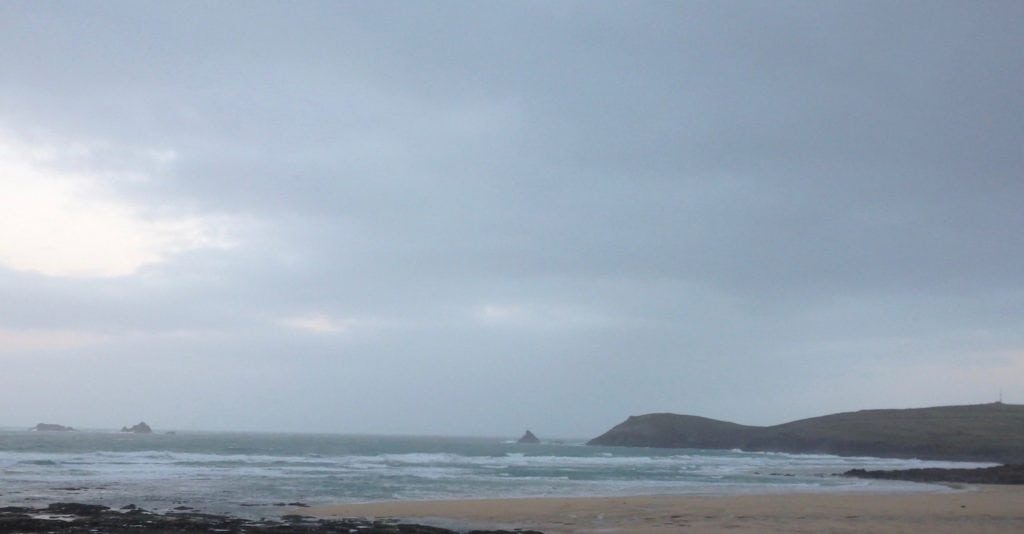 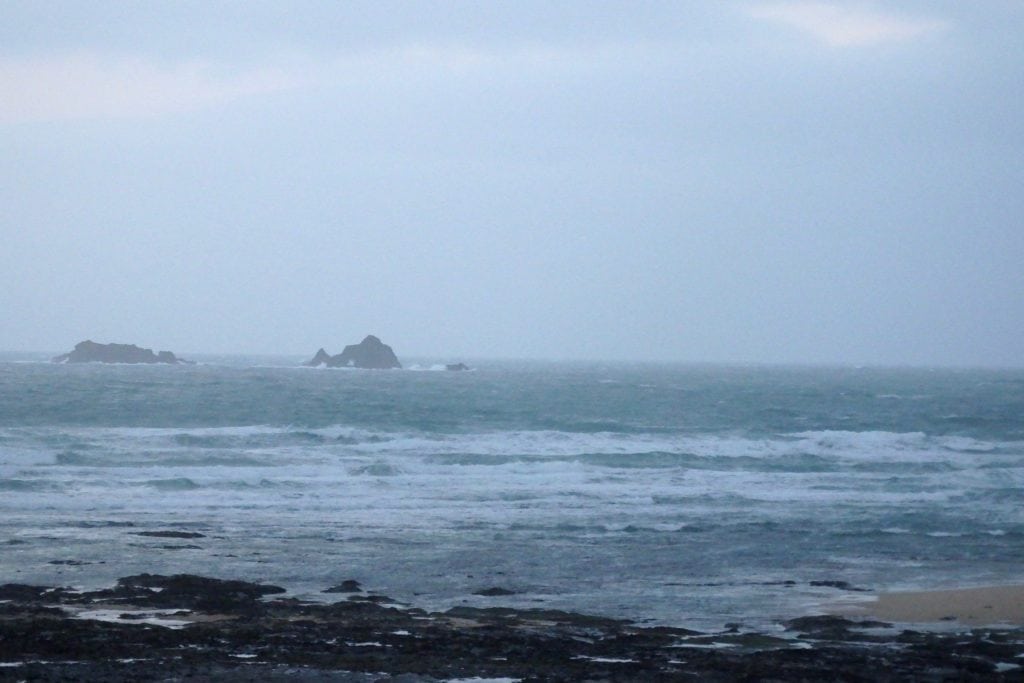 There’s an angry north westerly wind rattling the windows this morning, not quite gale force maybe but not far from it!
But in amongst the drenching squalls there are a few brighter bits too, cold and uncomfortable but brighter.
And so the surf is junk again, a wild and out of control mess of waves just trolling around the bay, a drunken gallop of watery lumps.
I can’t imagine any reason for paddling out here today, it’s not even big enough to inspire a sense of achievement. 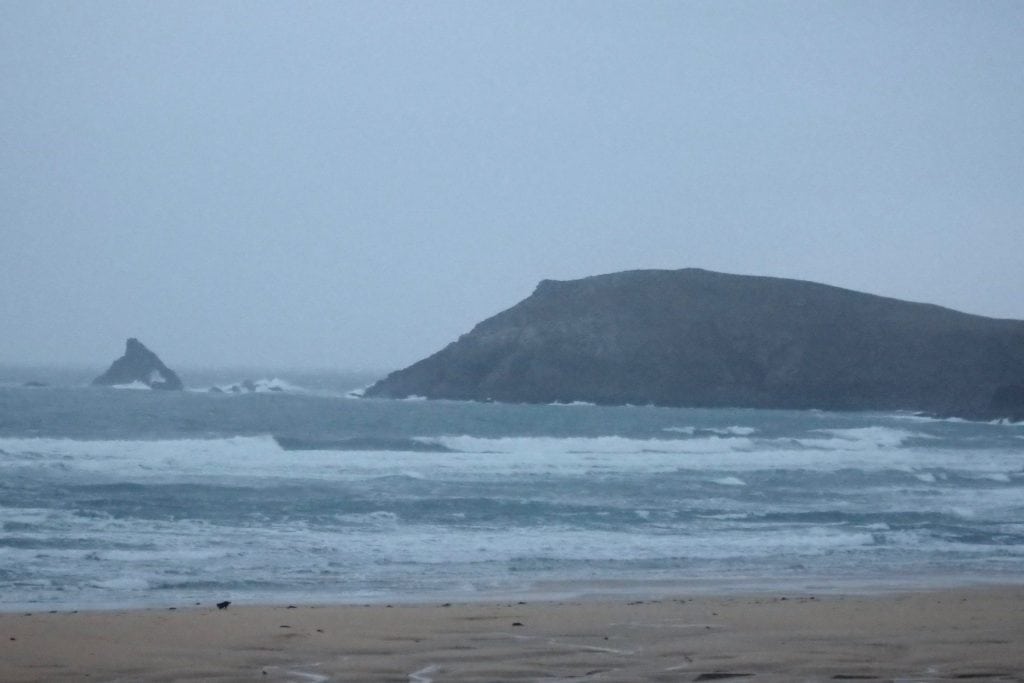 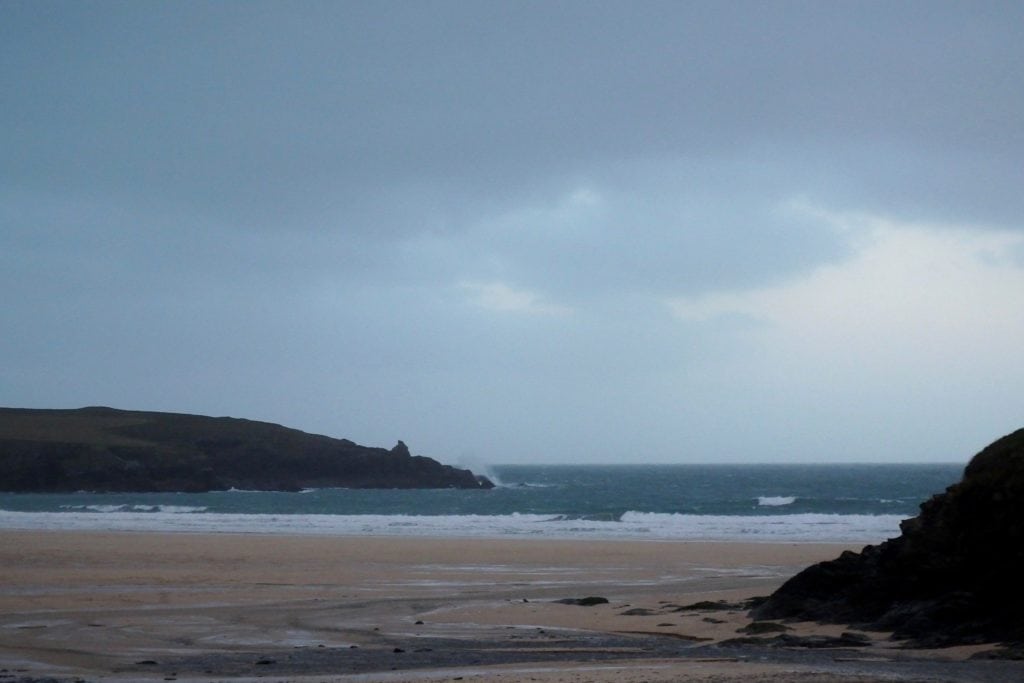 Three feet or so of stormy looking junk surf is being blown ashore here this morning, all just a little more sensible than the other side but still onshore and still blown to pieces.
If you have nothing else to do and want to keep your reflexes sharp then it might be worth getting cold and wet for!
The only other option is the drive over to the other coast where it might be cleaner but will probably be quite small. 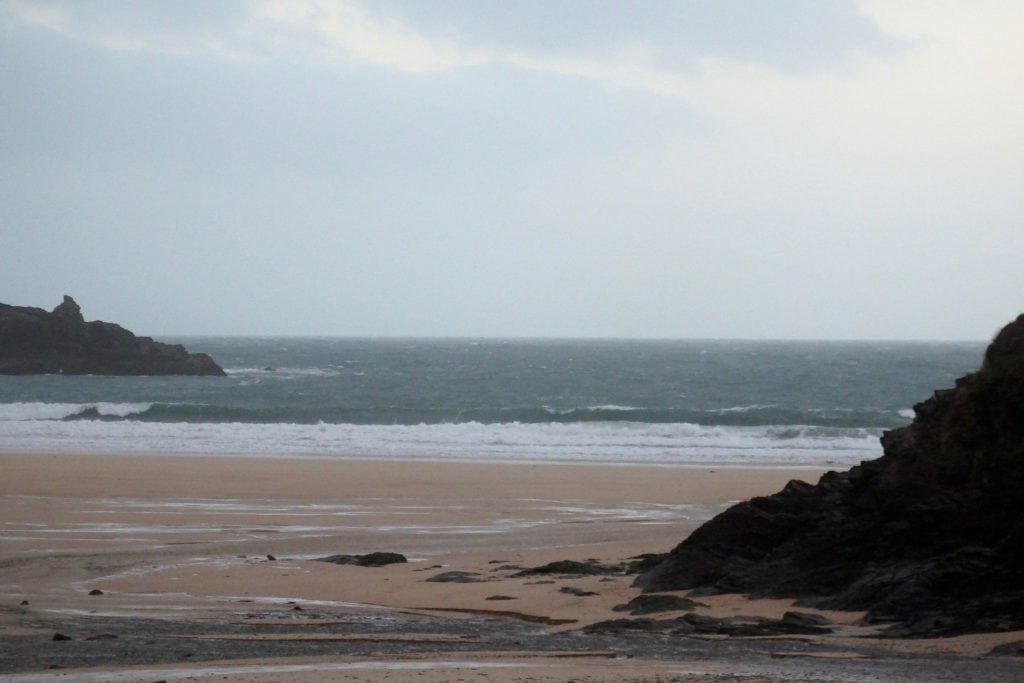 Cold, cold weather and big, big waves should greet us today!
Make sure that you have your woolly undies to get you through the next couple of days, it’s promising to be freezing!
And that hard blowing north westerly wind is set to carry on blasting those waves into an unrideable and chopped out mess of chaos for a wee while yet!