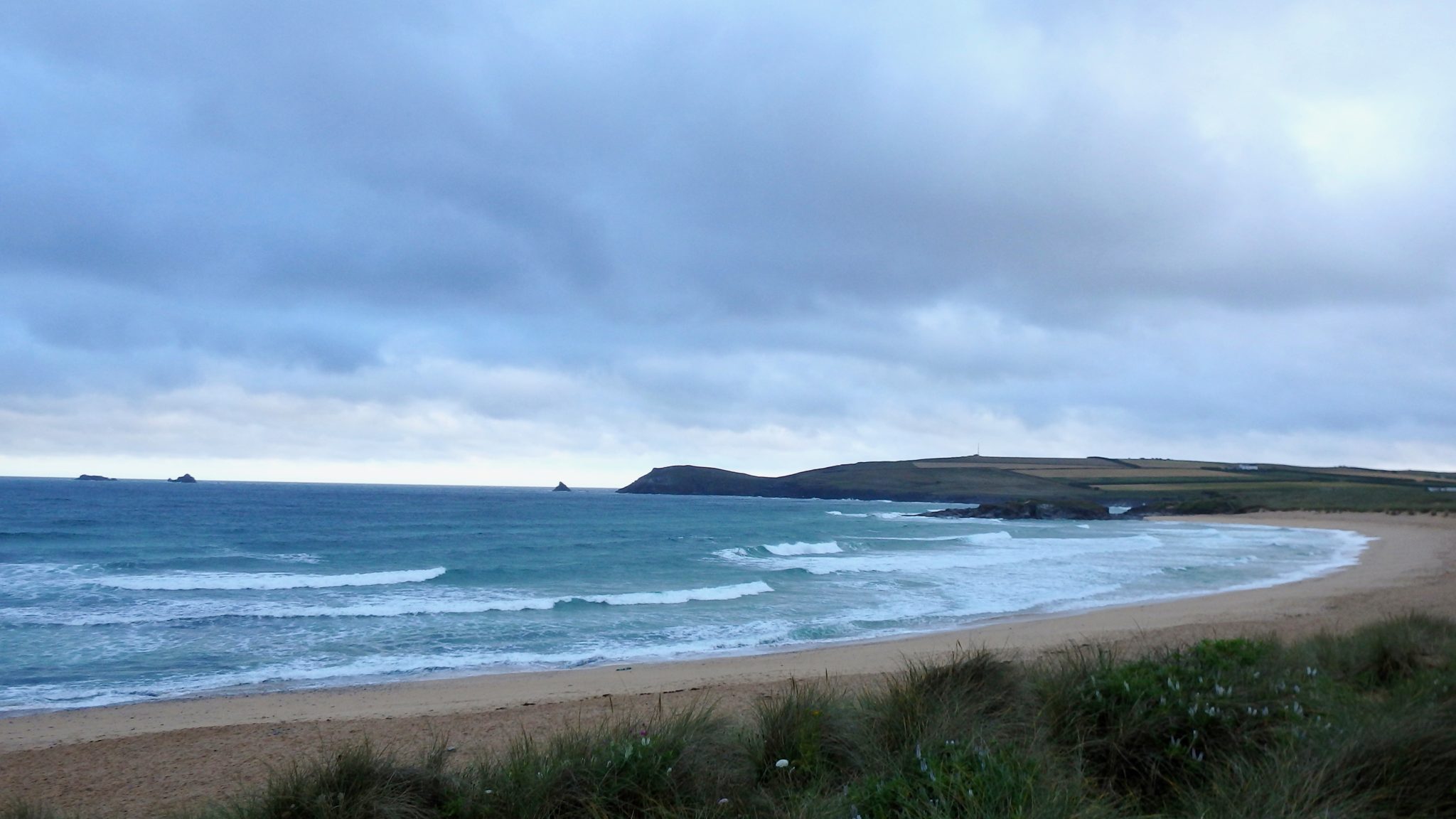 A damp and breezy but brightening morning might just be following the hopes of the forecasters, it does look like it will brighten up soon enough!
But right now there’s a blustery northerly wind pushing those mountains of threatening clouds across the horizon, the blue spaces just starting to stretch out in between.
So the surf is a bit confused with two to three feet of deep dark blue watery walls standing fairly tall before coughing and spluttering to the beach.
It’s not great but there is something good going on out there, I think that the wind must be just a degree or two east of northerly, just teasing some of those waves into thinking that it’s offshore and so they should be hollower.
Give it an hour or two and that will probably be the case too!
The forecast is for the wind to calm as it eases its way to a more south easterly direction by late afternoon.
So that surf could just get good, in fact it could just get very good as the swell thickens out a little, staying quite small but feeling more solid through this afternoon! 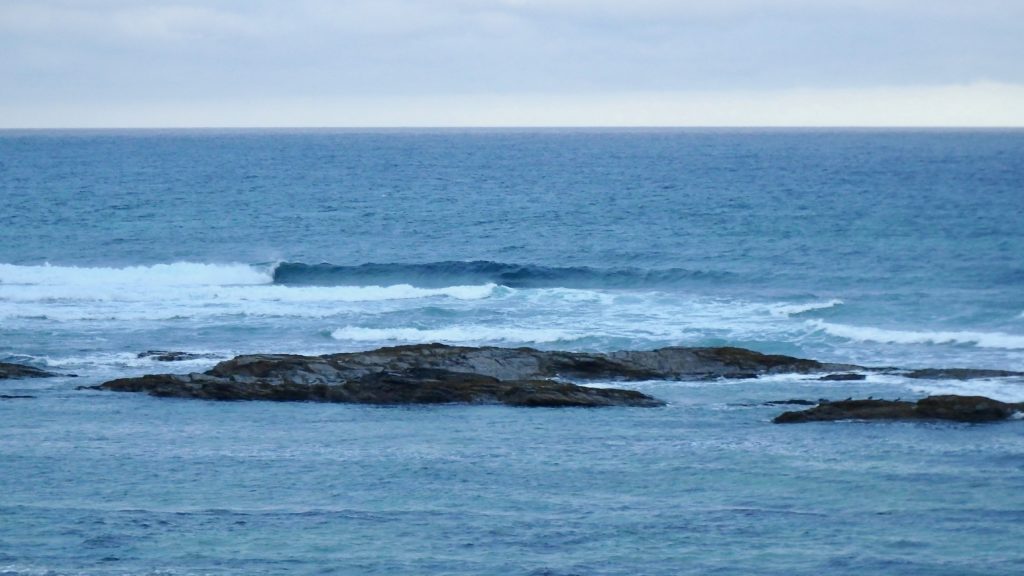 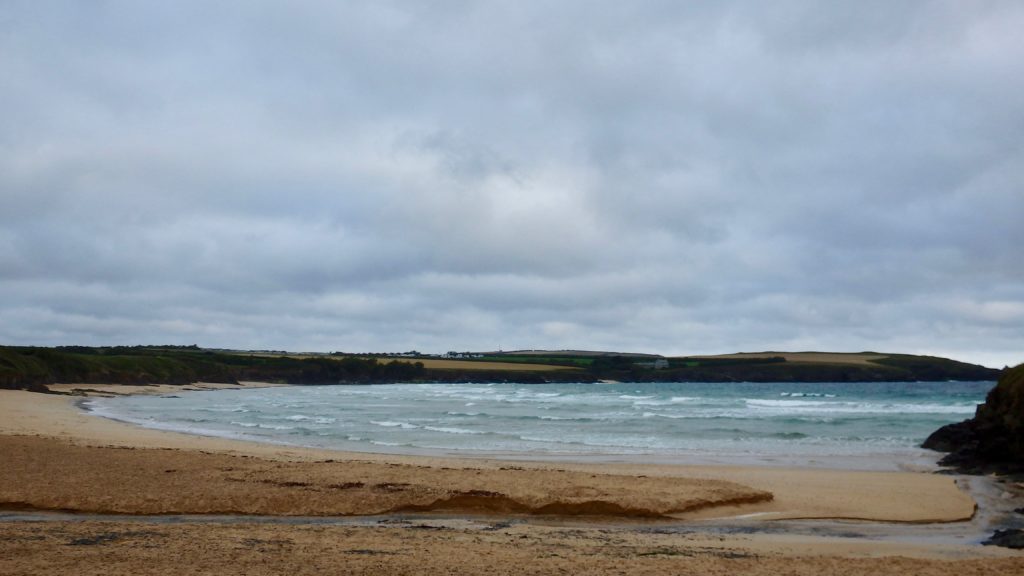 The northerly wind is just chopping out the tiny surf here this morning, a foot or so of chopped and slopped weak and wishy washy little waves being the only thing on offer to play in! 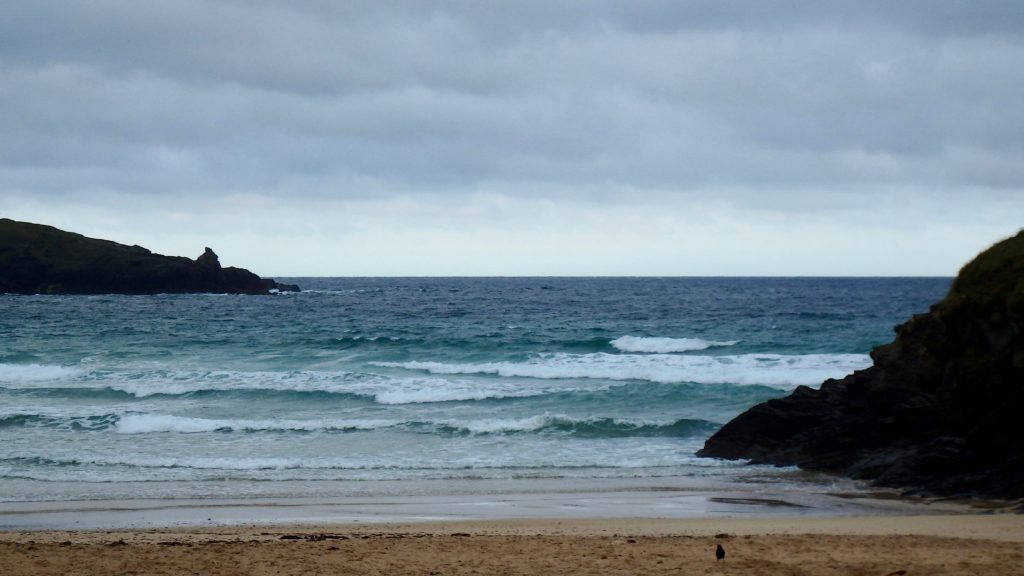 Those lighter winds and brighter skies aren’t going to make up for the smaller waves today.
We should be able to get in and will probably enjoy it all but don’t expect more than a couple of feet or so of sloppy little junk surf to play in today!

The good news is that there should be waves throughout the week, the bit that we don’t want to hear is that the wind is likely to be fresh and onshore pretty much all week long!
The foot or two of north westerly breeze slopped surf of Monday is likely to increase ever so slowly as we go along, peaking at about three to four feet by late midweek, the wind staying steady and mainly from the west, although it will veer back and fore from the south west to the north west.
So that foot or two of crumbly and sloppy surf of the start of the week will become a slightly more solid three feet but of more crumbly and sloppy surf through the back half of the week!
Our best hope for something better is on Wednesday when the breezes calm and switch to the north east and then the south east, offshore all along the coast. Throw in a couple of feet of fairly weak but very surfable swell and we have the chance of some fun times to be had!
Have a great week wherever you are and whatever you’re doing!