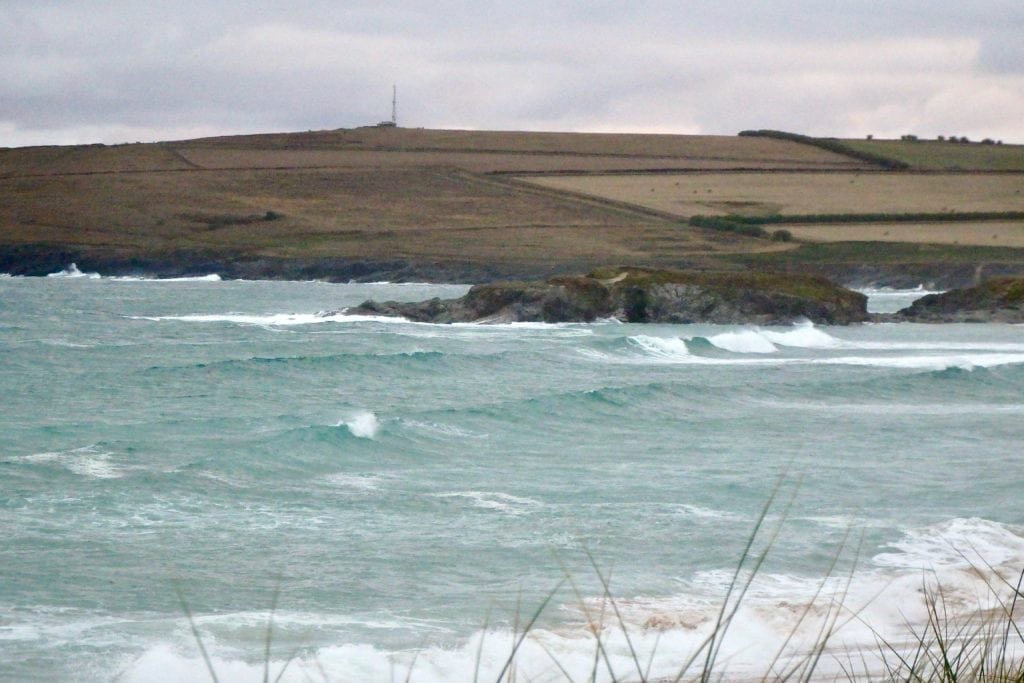 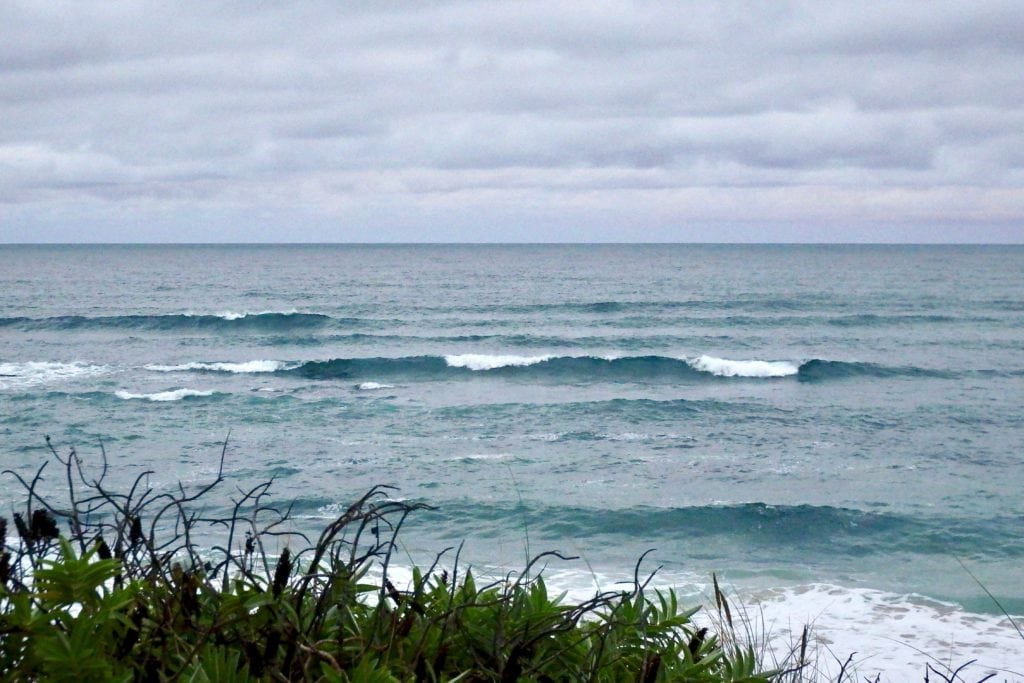 A silver blanket of cloud is snuggled over us this morning, the air almost still, the lightest of breezes drifting offshore from the north east.
And so the two to three feet of quite close together swell is being groomed quite nicely although that big spring tide is preventing most waves from breaking until they hit dry sand.
Once the tide drops out there should be some nicely breaking waves to surf on, not big or anything but pleasantly shaped and fun.
But by the time the skies brighten you can pretty much bet the house that that wind will have switched onshore, a brisk north westerly to slop those waves!
So you might just want to get a wriggle on if you’re looking for the best waves today, you are going to have to wait for the tide to drop but get in before the wind goes onshore! 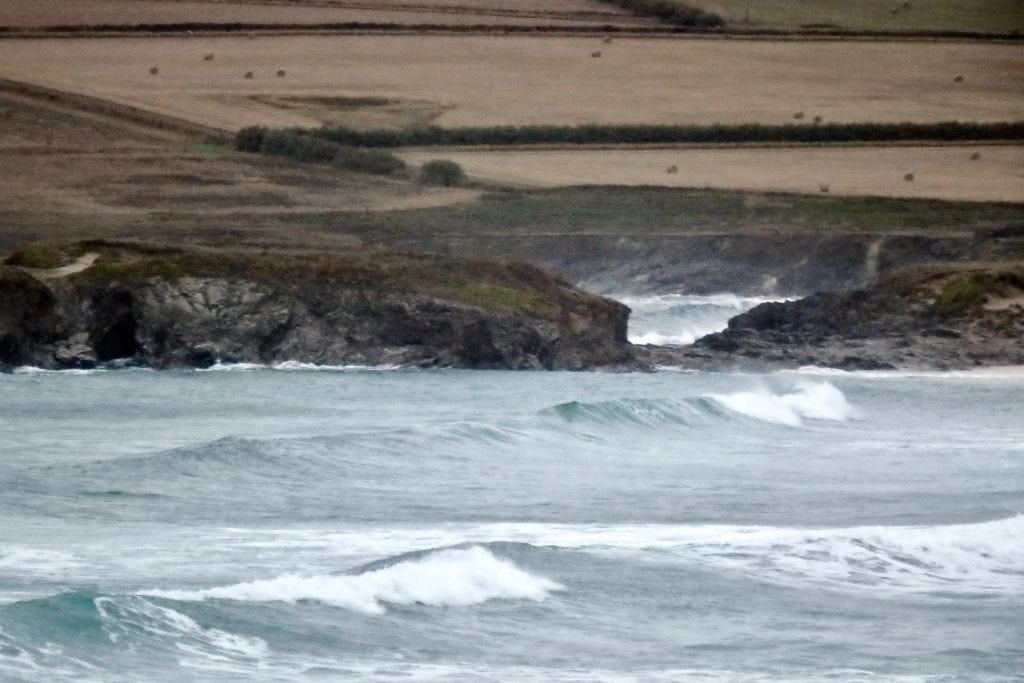 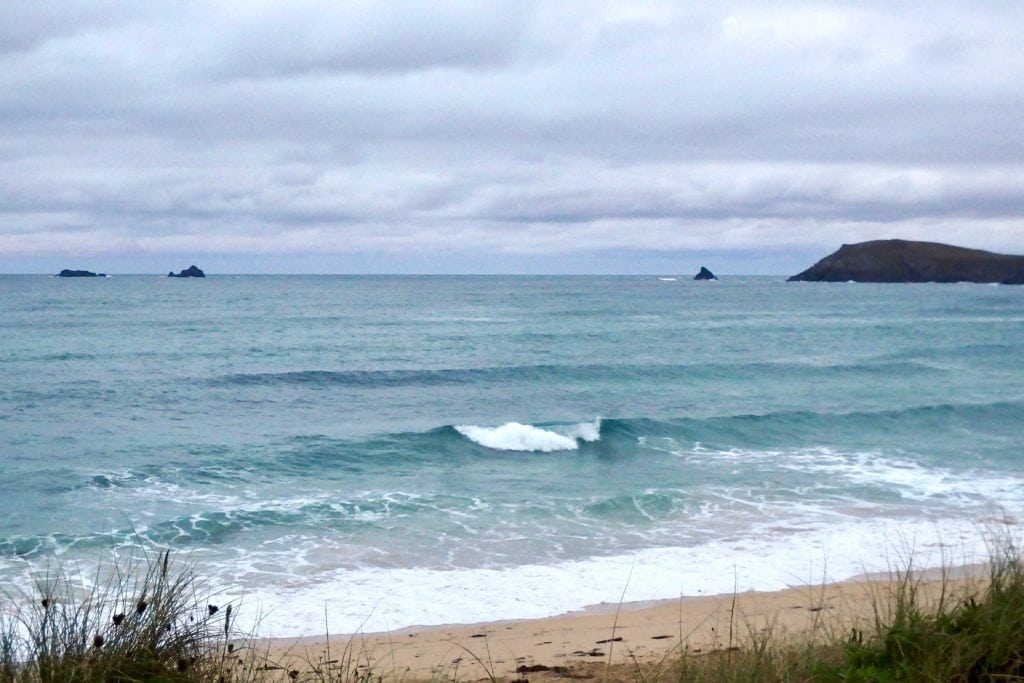 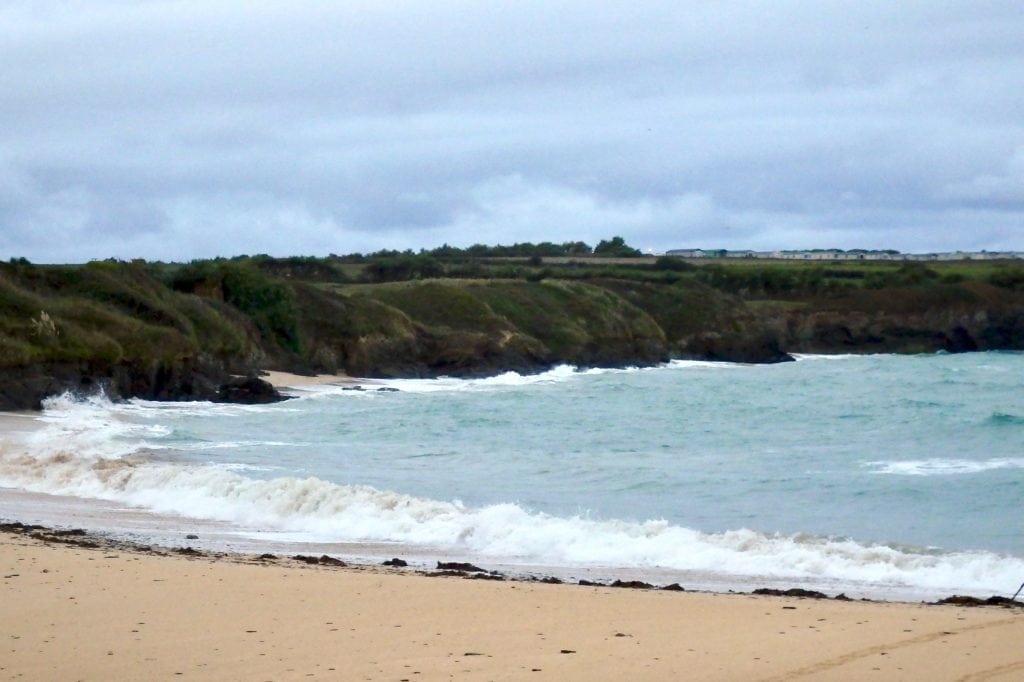 There’s not much swell getting into Harlyn this morning and the high tide is hiding those waves that are managing to struggle ashore.
As the tide drops out we should see some knee to maybe waist high little waves but the breeze is probably going to crumble them.
No, it’s the other side for some clean surf this morning but get on that quick before the wind changes! 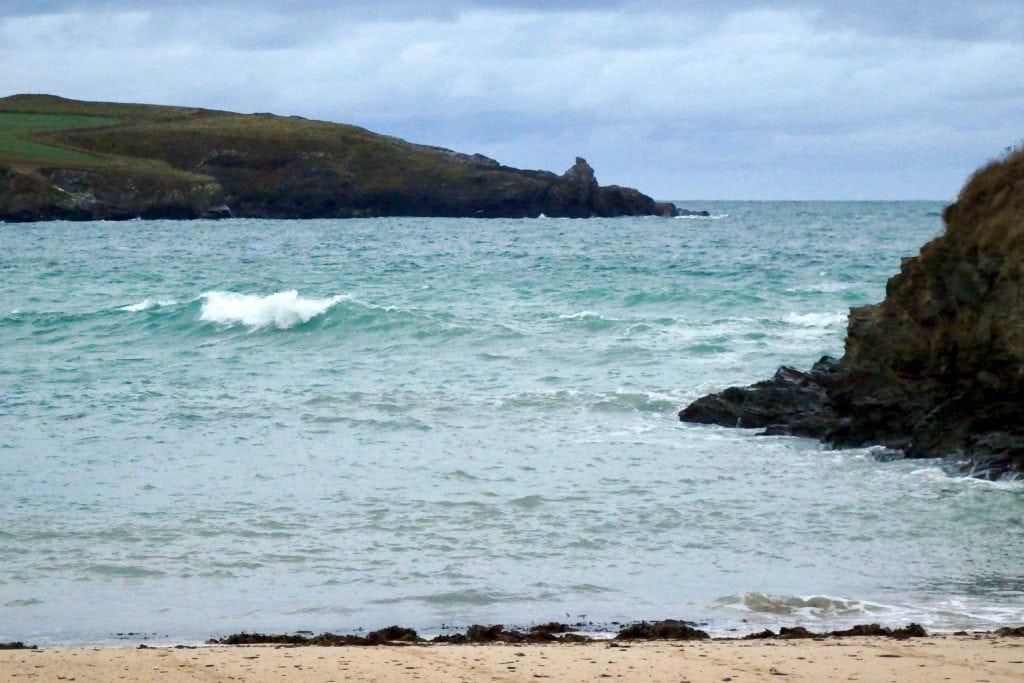 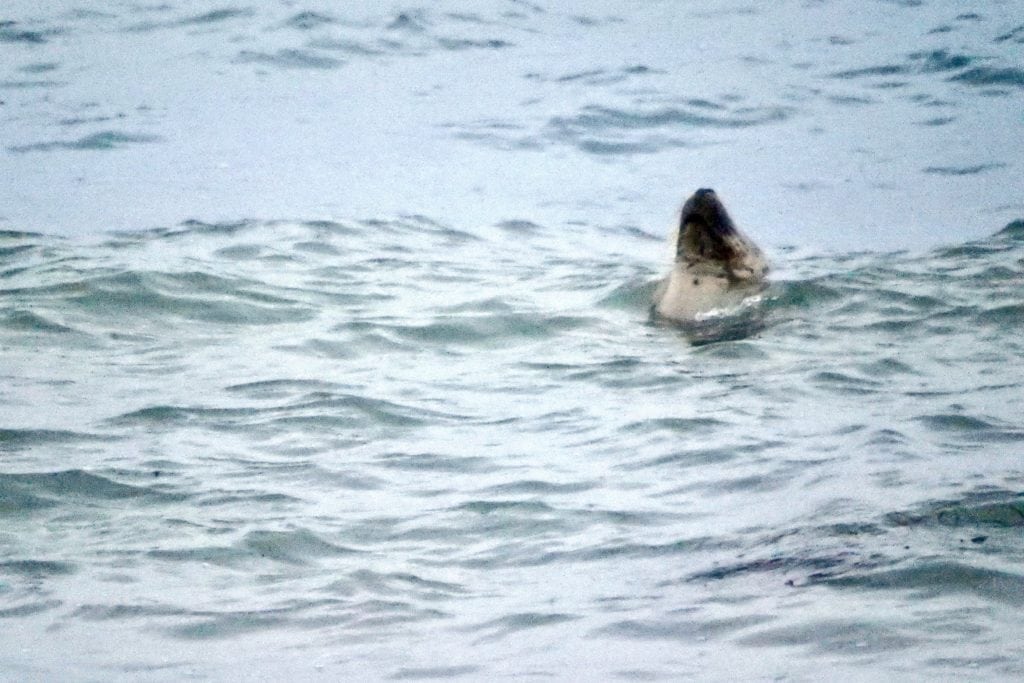 A light north westerly breeze is likely to crumble the small surf again this morning, the sky much brighter but not helping to shape those little waves at a all!

We seem to be on the very edge of that high pressure system which appears to have parked up across our swell entrance in the Atlantic, so although it is forcing any swells to swing all the way around it and then wriggle their way down and around the UK before eventually expiring into our bays and coves, it is also allowing the winds to slip to the south west as well as providing some half decent spells of sunshine.
So if those swells have enough power to them then Harlyn could show some pretty and fun, if quite small surf through the start of the week. By midweek we might just be enjoying some offshore, north easterly, breezes to shape and mould the smaller waves that will be spilling across our main surf breaks.
And then of course the week will end with north westerlies chopping out those same breaks.
But that is a little way away yet and in the meanwhile we should have enough clean waves at Harlyn to put a smile on our faces followed by a few days of smaller wave gliding at our main breaks.
All in some pleasant and bright enough, warm and cheering sunshine!
Well, maybe not all but a good chunk of it!
Have a great week, wherever you are and whatever you’re doing!