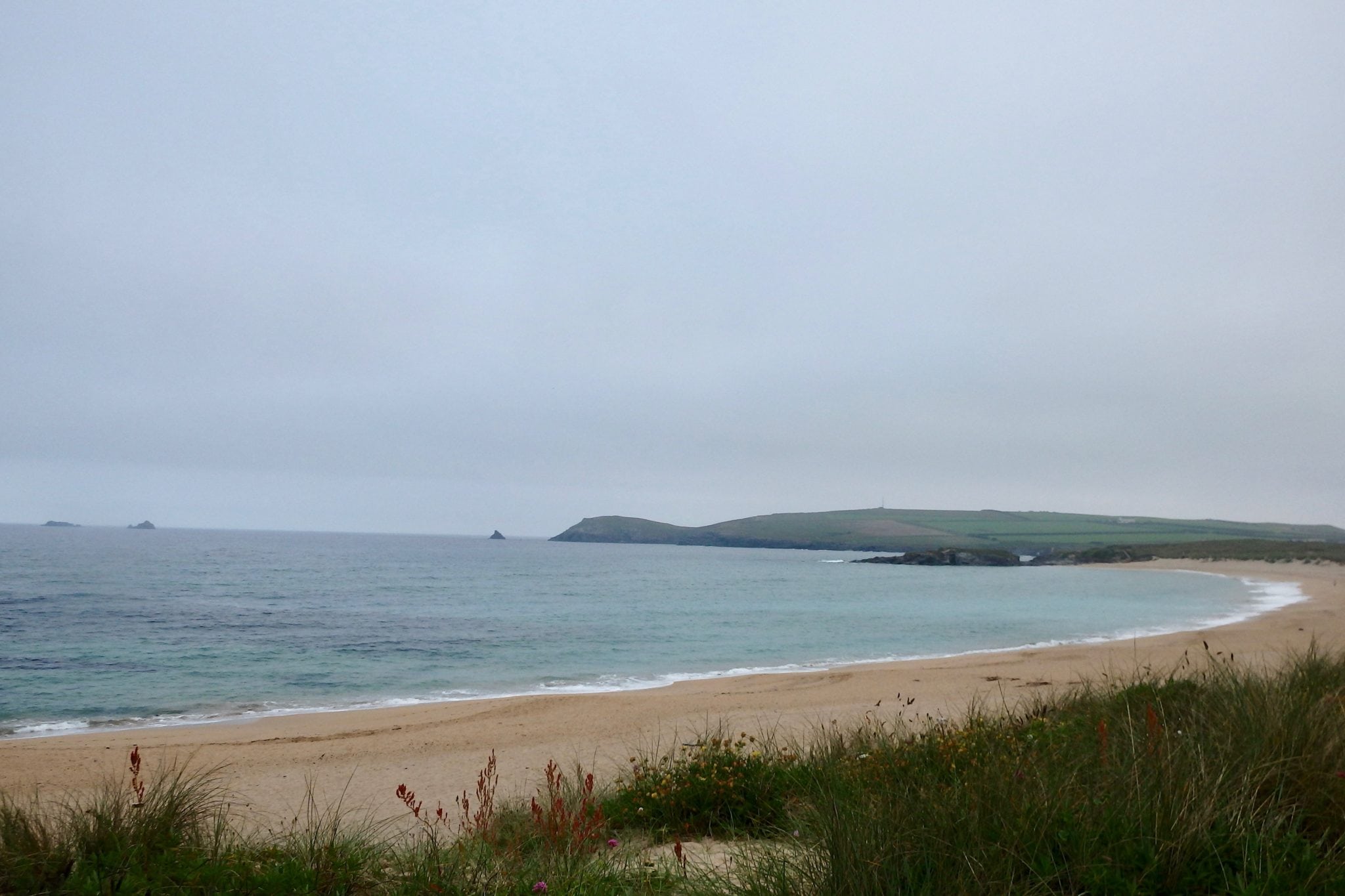 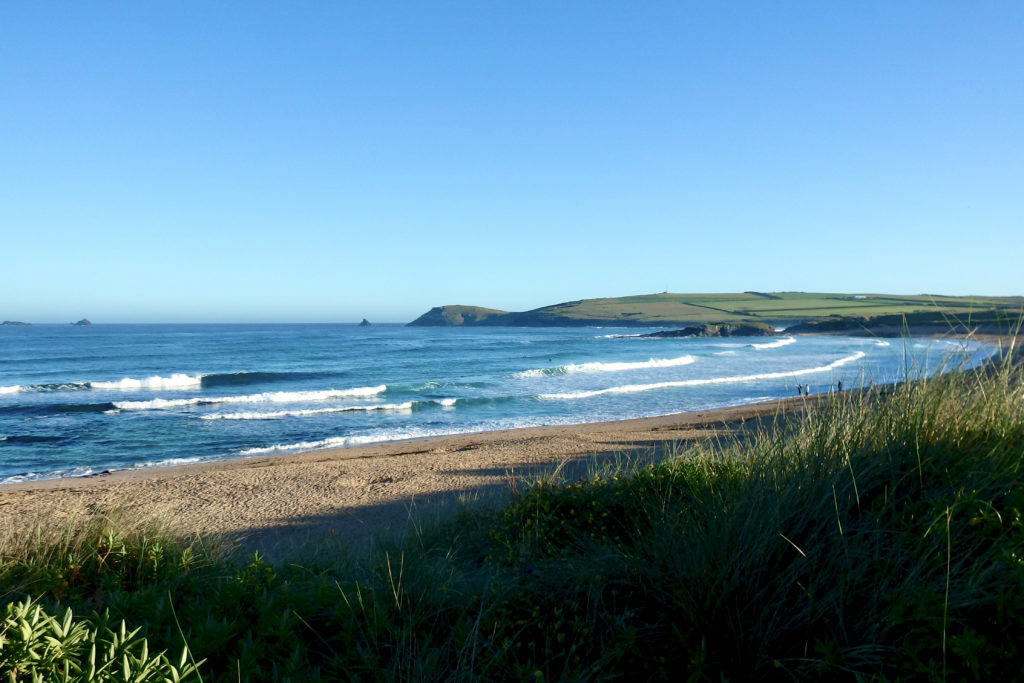 A lightly overcast morning is not taking away from the calm and quiet of another mild and pleasant morning.
The breeze is still while the sky is that bright silver that might just produce some sunshine later, maybe.
So it is a shame that the surf is so small, well almost flat right now. The seven metre plus high tide is masking a foot or two of even and fairly smooth little swell at the moment but as the tide pulls itself back we should see some longboard gliders appear.
It kind of makes you think that this might just be the calm before the storm! 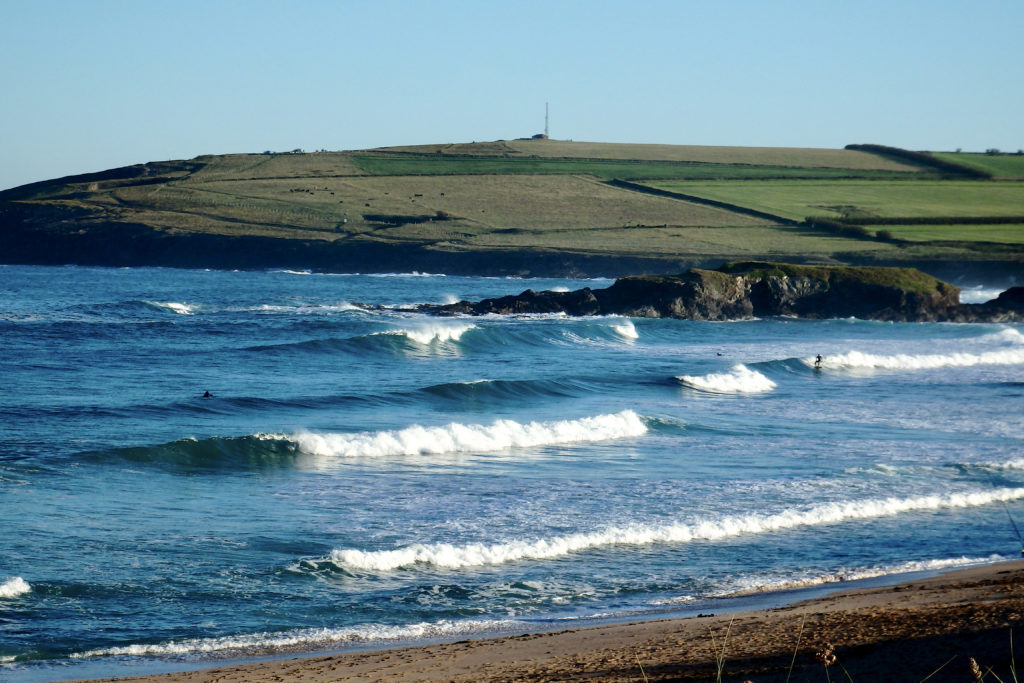 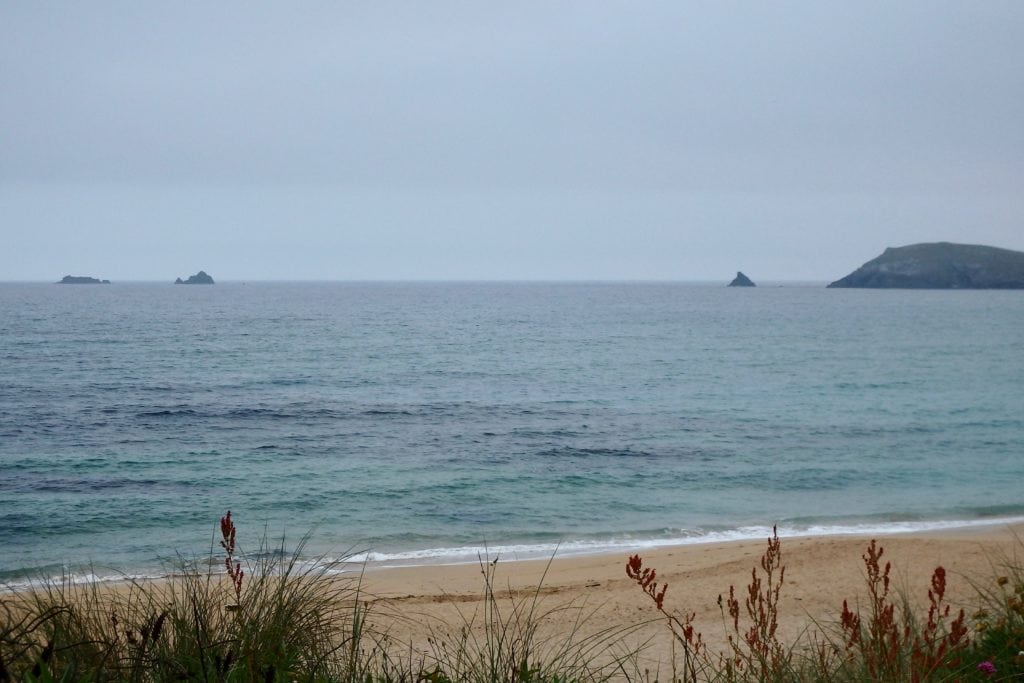 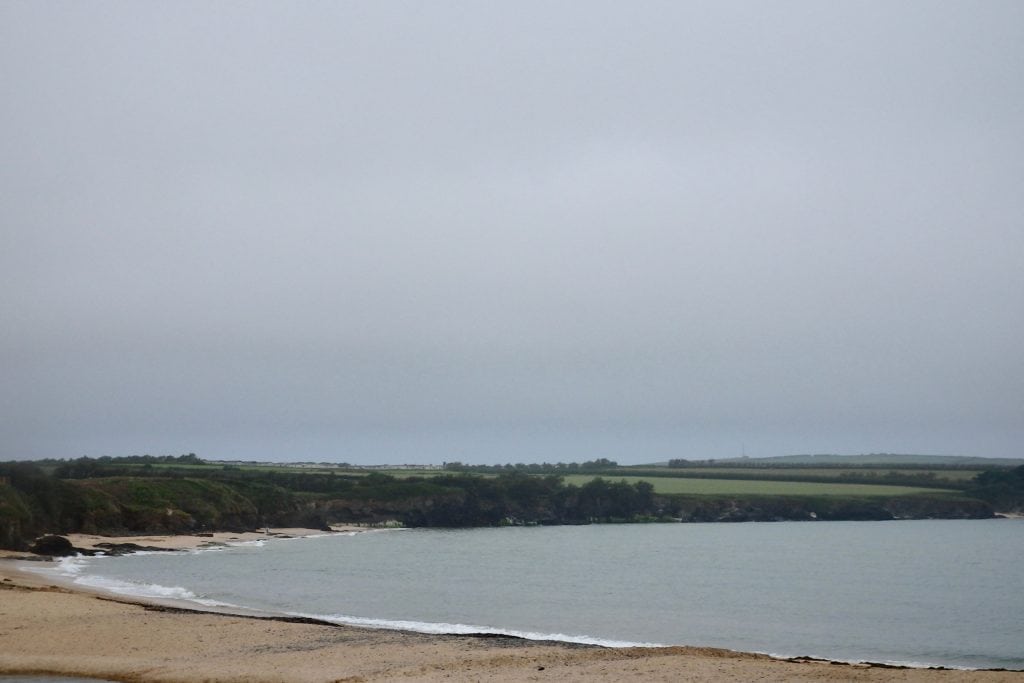 The lake that is Harlyn Bay this morning is smooth to the horizon.
There’s not a ripple to disturb that smooth calmness but that will change soon enough, maybe even by this evening! 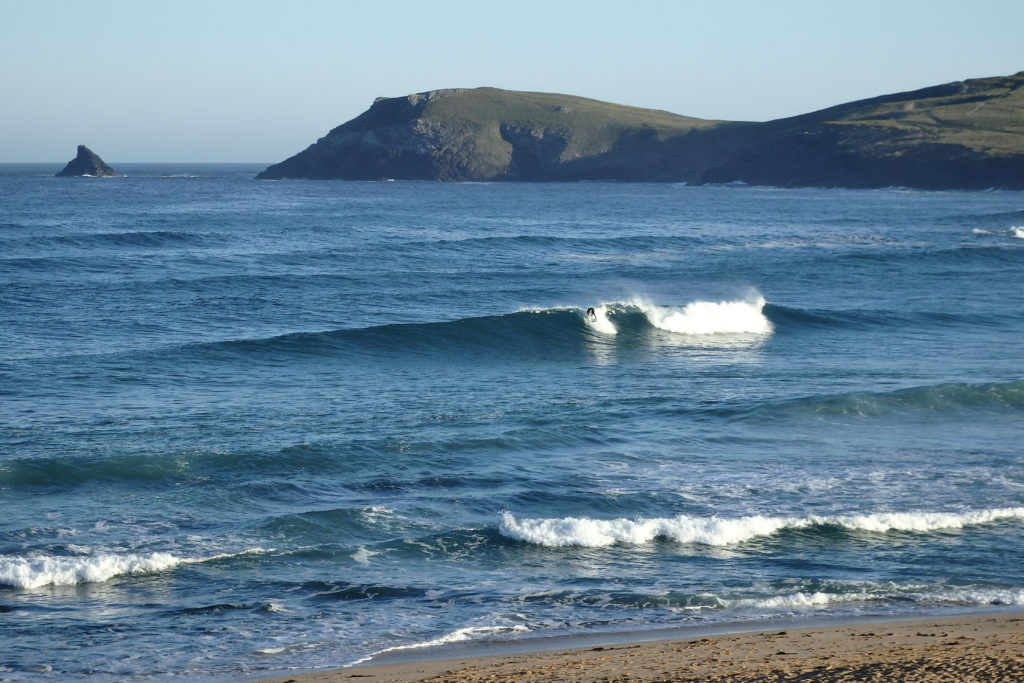 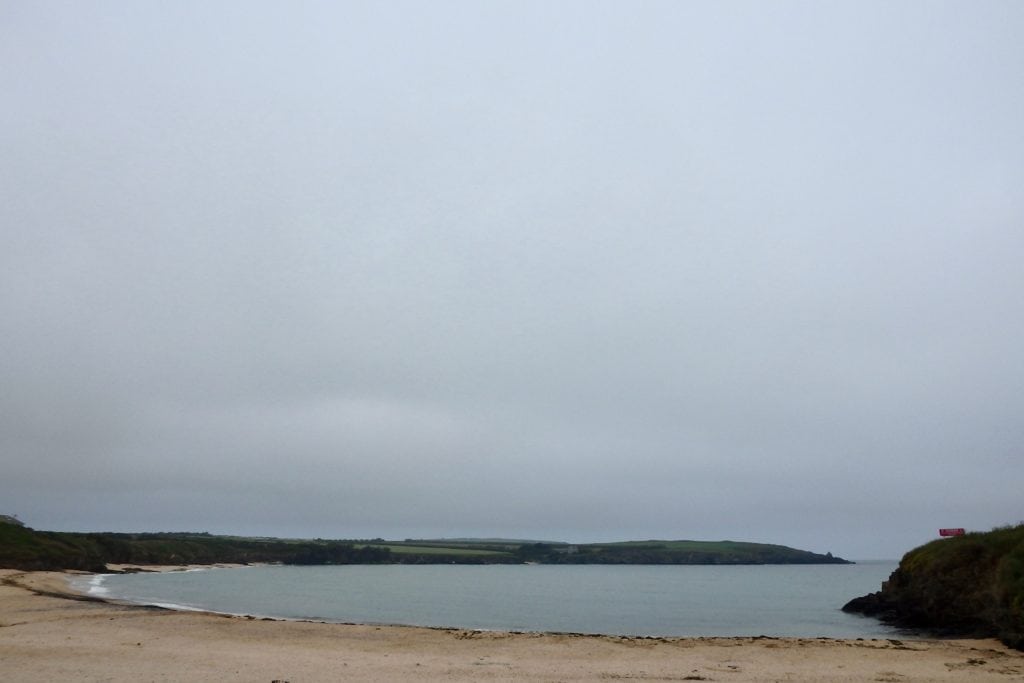 West nor’ west winds will be gusting our way this morning, with a storm-blown swell swinging into the bays and bouncing across the Reefs.
Six to eight feet of bumpy, lumpy and wind blasted swell is going to shake the bays alive today, while plenty of bright and sunny weather will make it all look a little better than it will actually be.
Nice to have some big drop-ins for a change though!

Well it all had to change sometime didn’t it?
We do have some windier and more changeable weather to look forward to as this week winds down, a deep Atlantic depression pushing past to the north, carried quickly by in those powerful gusts of the jet stream.
And so we will have some chunky and windswept swells rolling our way to change the sandbanks and shake up the beaches.
That wind is likely to start out from the west and north west but we should be looking to Harlyn for some very decent three to four feet and hollow surf by Friday as that wind finally swings in from the south west.
The wind could vary on Saturday, only by a few degrees but those few degrees will make the difference between quite good Harlyn or much harder work Harlyn. Either way though, Harlyn will be the main option locally.
Sunday might be a south coast day if everything stays as forecast.
This coast will be onshore everywhere, while the far coast should at least be clean at those usual spots.
And I will be away for a few days, hopefully gorging on some different coast waves if the plan works out! So there will be no surf report until next week.
Have a great weekend, wherever you are and whatever you’re doing!